The town of Paihia boasts a good and cozy size, and I spent an amazing 3D2N stay here. My first afternoon was spent cruising around the Bay of Islands to see the Hole in the Rock, and dolphin-watch. On the second day, I followed a tour to Cape Reinga Lighthouse, and Ninety Mile Beach. I had a morning free on my final day before catching the bus to Hobbiton, so I took a short 15 minutes ferry trip to the nearby Russell Island. 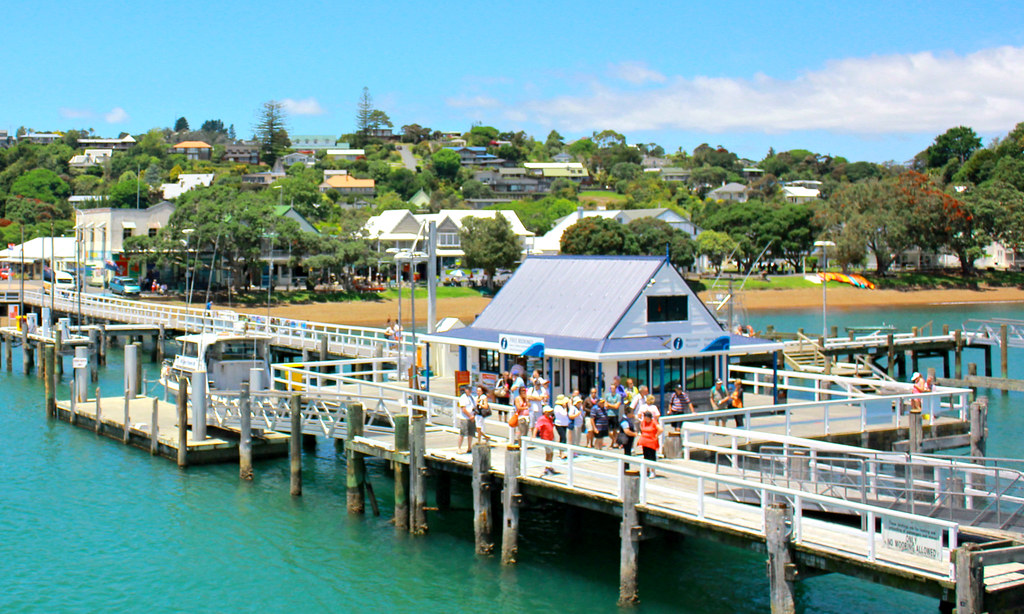 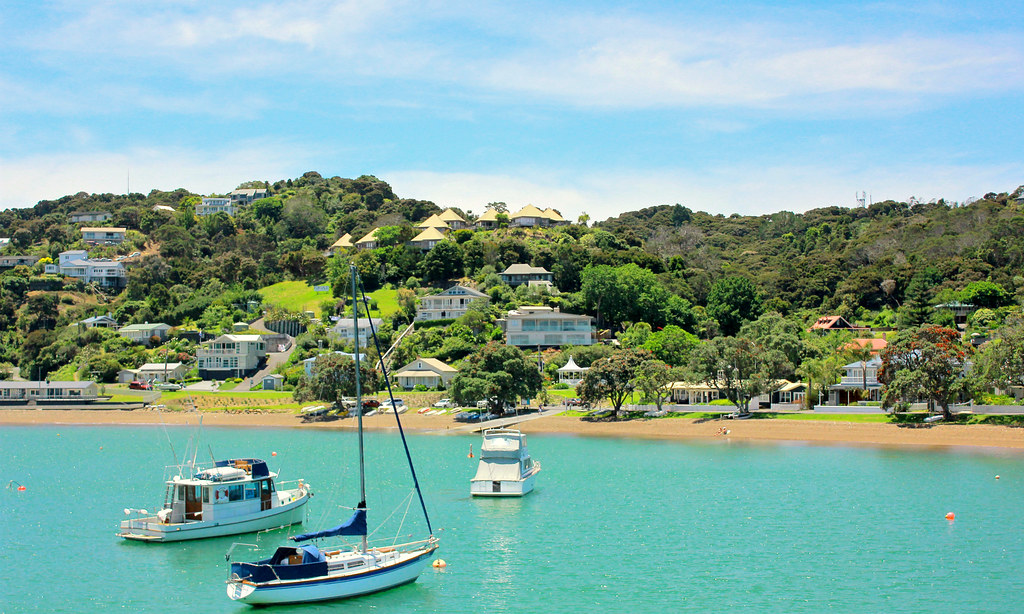 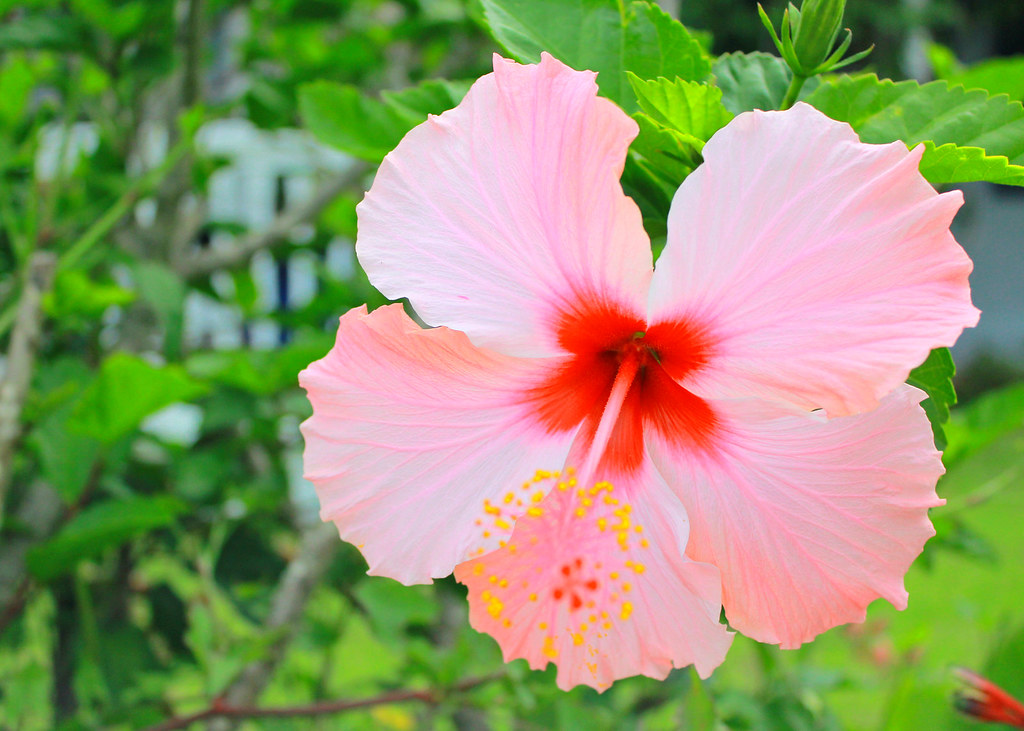 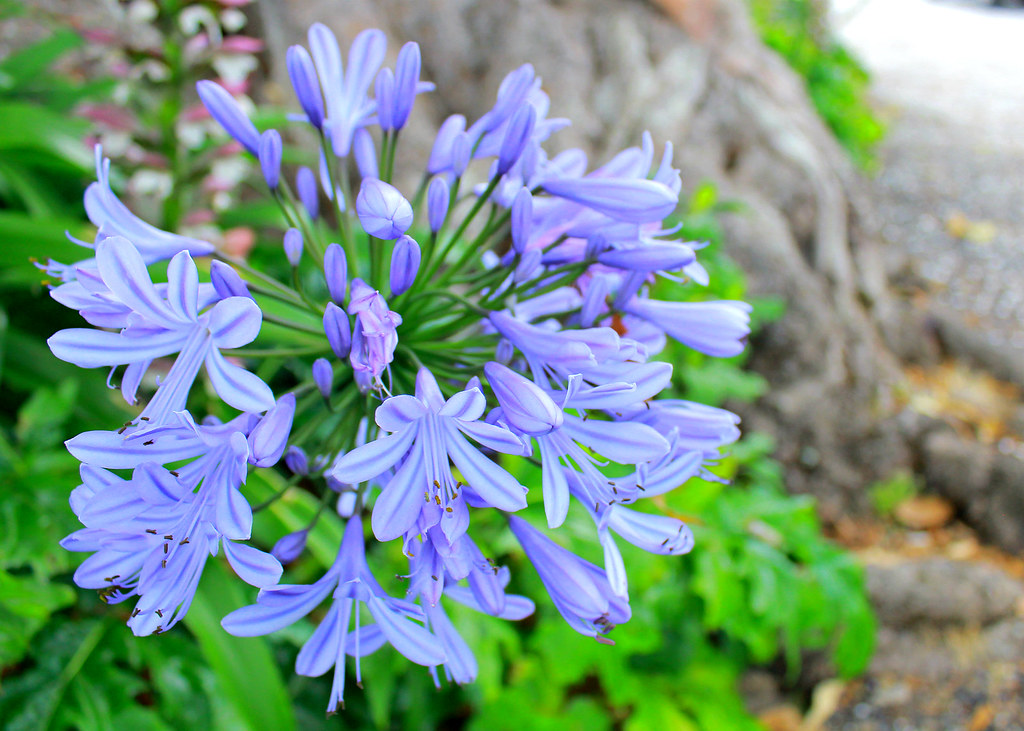 Russell Island has many “first” experiences, such as being New Zealand’s first sea port, and New Zealand’s first capital. At the turn of the 19th century, Russell Island (then known as Kororareka) was the first European settlement. The island was also labelled the “Hellhole of the Pacific” because it was a shore leave destination for sailors, whalers, and traders during the 19th century. It was only renamed, ‘Russell’ in 1844 in honour of the British Colonial Secretary of the day.

Russell Island is also a world-renowned game fishing port, made possible by a man named Zane Grey (31 Jan 1872 – 23 Oct 1939). This American bestselling author is also famous for his passion for fishing. He used his wealth to travel all over the world in pursuit of a good catch. In 1925, he was invited to visit New Zealand, in the hope that he would enjoy and promote New Zealand’s fishing industry. This must be one of New Zealand’s best decision as Zane Grey described the Bay of Islands as “an angler’s El Dorado” when he caught his first marlin there in the following year. Again – another first for New Zealand – when people are introduced to sport fishing for marlin, kingfish and shark for the first time due to Zane Grey! 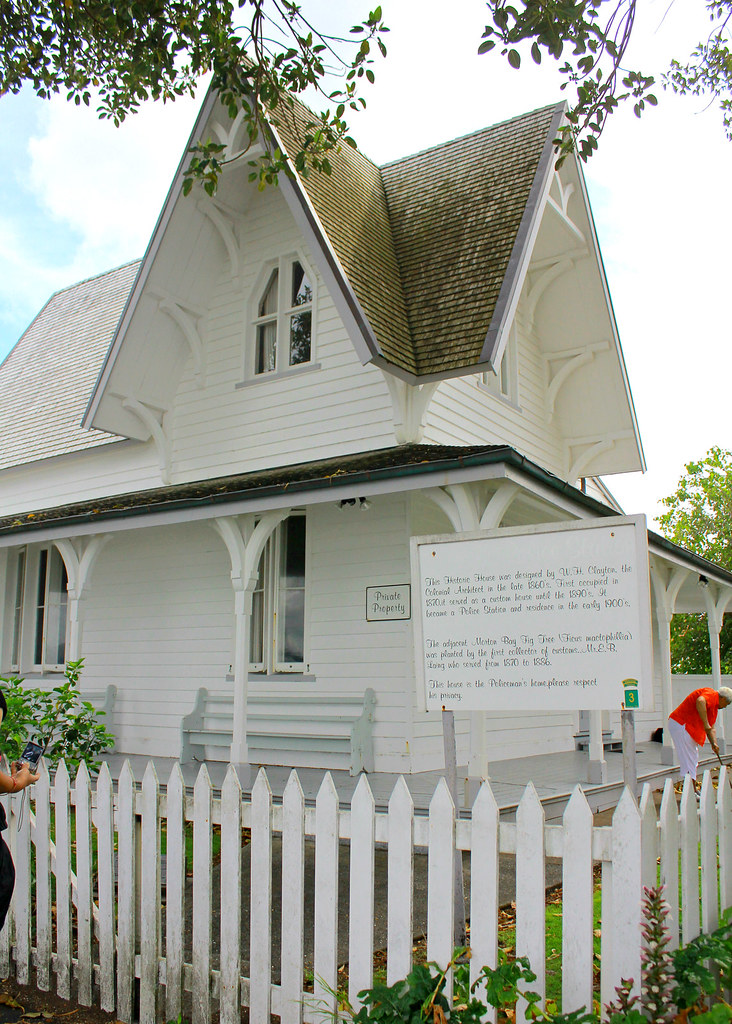 For the history buffs : There are two historical buildings you can drop by on Russell Island. The Pompallier Mission, a historic printery/tannery/storehouse of the early Roman Catholic missionaries, is said to be the oldest surviving industrial building in New Zealand. This building has undergone extensive award-winning conservation work, and is now a working museum where past methods of tanning, printing and bookbinding can be appreciated. The other building that’s rich in historical value is Christ Church, New Zealand’s oldest church, which still carries musket ball holes from the New Zealand Land Wars in 1845. You’ll also come across other historical spots such as the Russell Police Station. 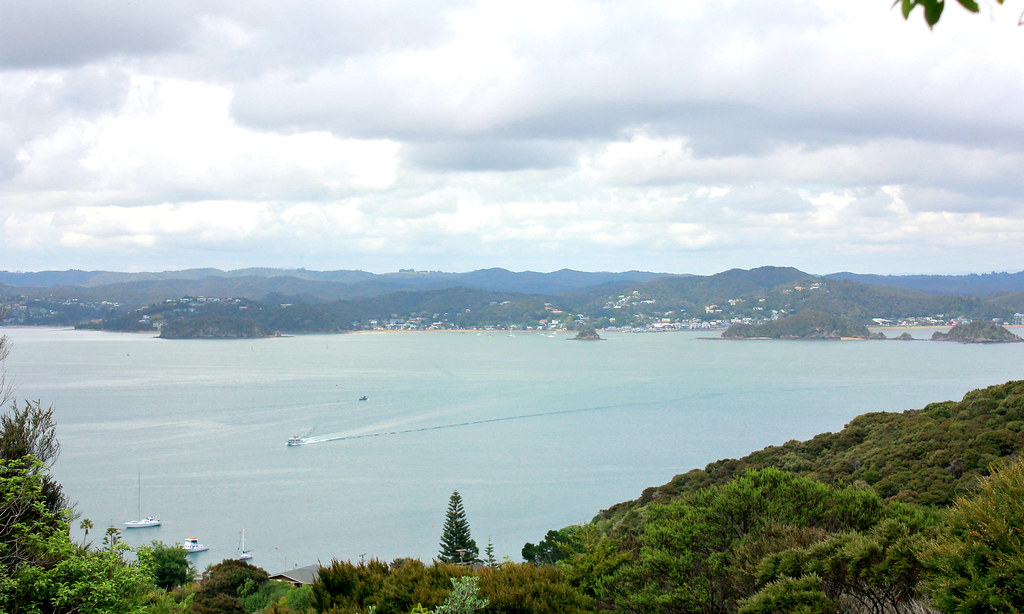 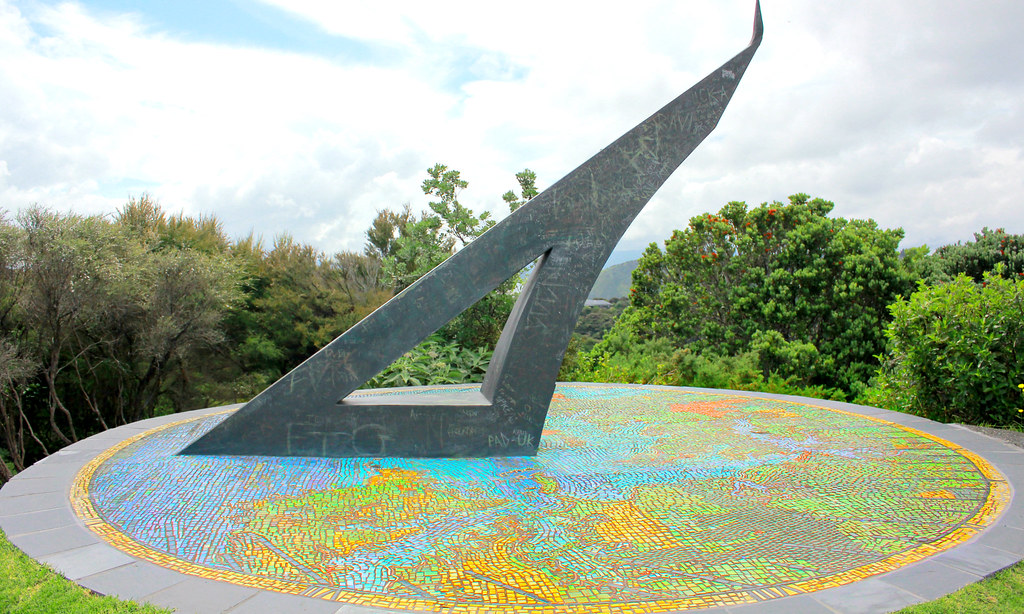 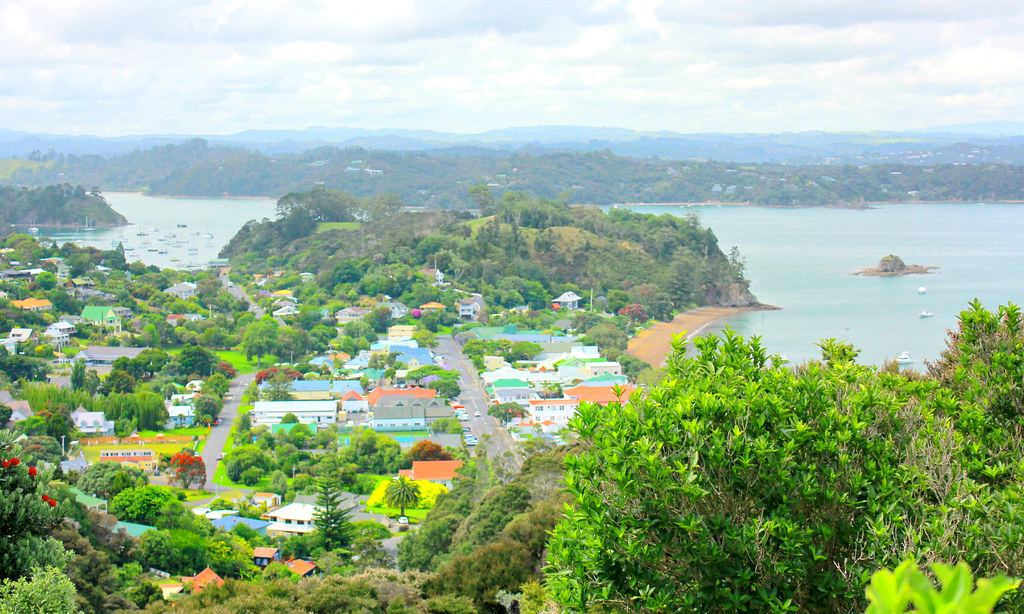 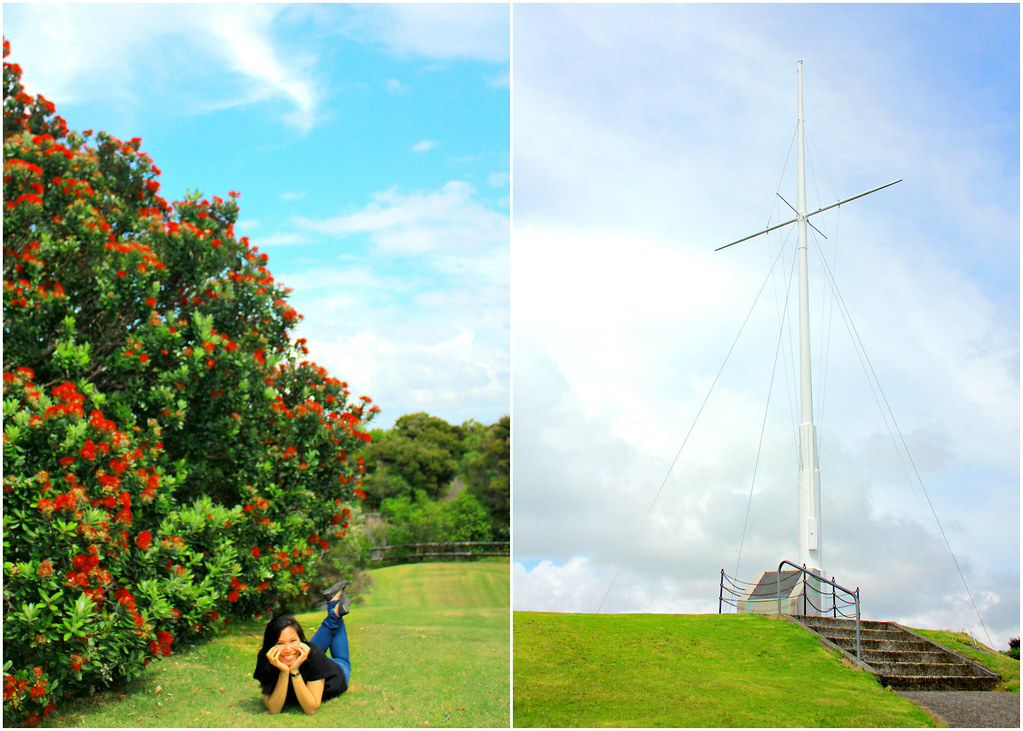 For the instagrammers : Take a little hike and ascend the peak of Te Maiki. Besides the panoramic view of the Bay of Islands, there are two landmarks important to New Zealand that you will see. The location of the Flagstaff reserve was an important signalling point in the early days, and after the British colonials flew the Union Jack from the staff, Maori chief Hone Heke and his allies chopped it down as an act of defiance. After a few other acts of defiance, war broke out. The current flagstaff was only erected in 1857 as a token of peace named Whakakotahitanga (being of one with the Queen). There is also a trig station featuring a giant sundial above a beautifully tiled mosaic map of the Bay of Islands. This was built to celebrate the centenary of the NZ Institute of Surveyors. 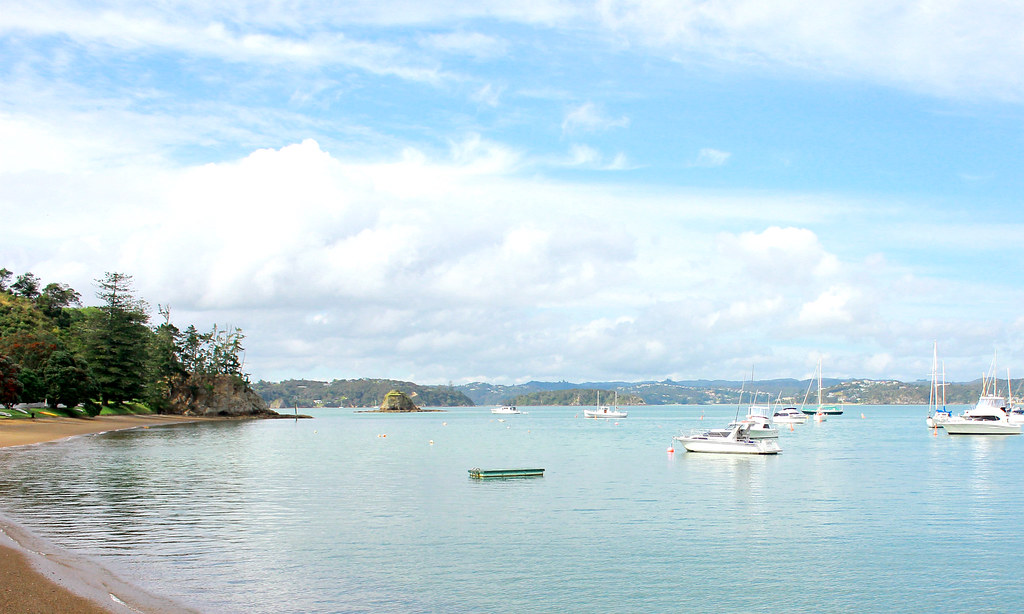 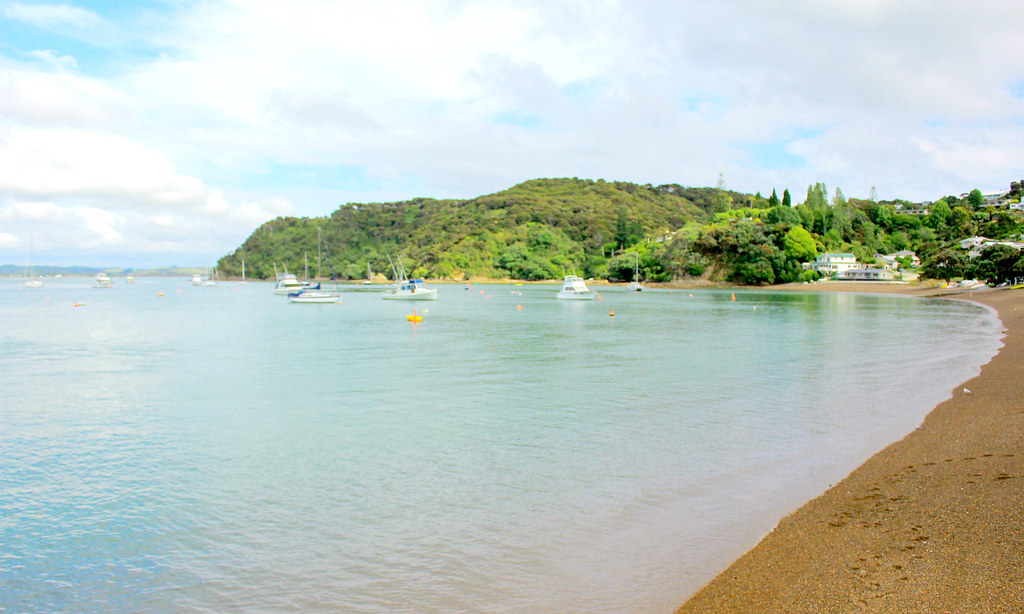 For those escaping the hustle and bustle of city life : Take a relaxing stroll along the shores, pop into any seaside cafes, restaurants, or art galleries, and browse the quaint boutiques. 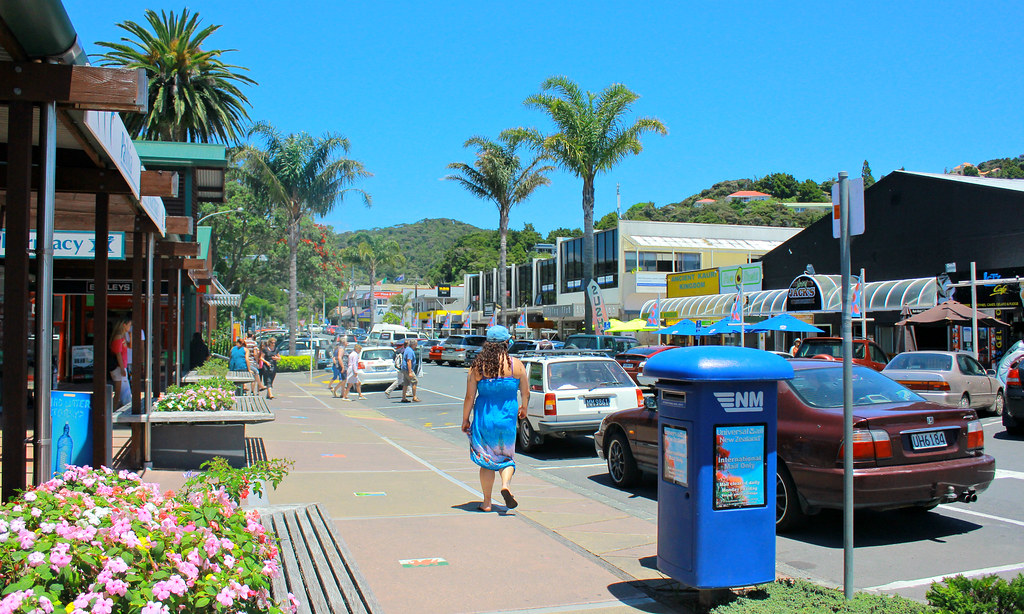 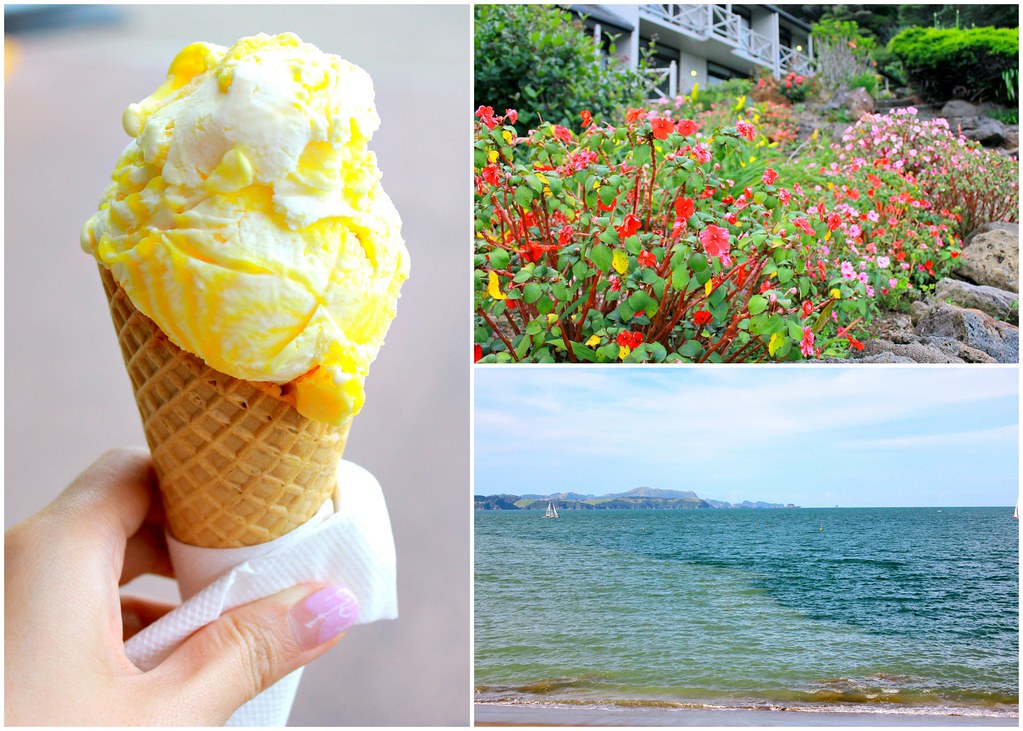 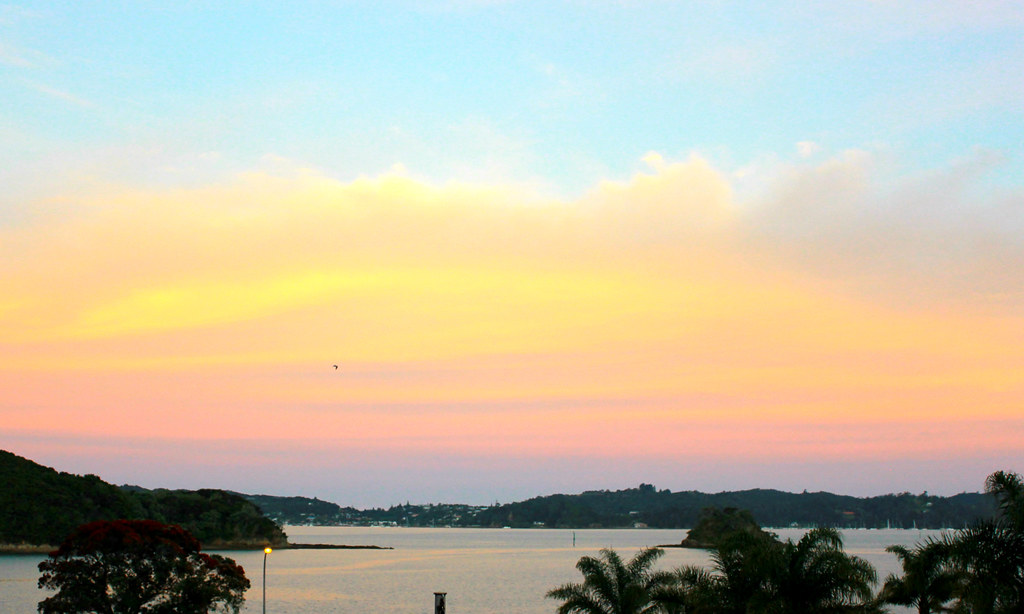 Well, I returned to Paihia in the afternoon, took a little walk around the town centre, grabbed Movenpick’s Mango & Cream ice cream, before boarding the bus to Hobbiton. The sunset photos are taken from the balcony of the resort I stayed at, but I can’t seem to remember the name of this accommodation. It was a really nice living space, as you’ll step out to their garden that’s blooming with flowers everyday. Plus, the beach is less than 10 minutes’ walk away!

I really had a blast spending 3 days in Paihia! If you’ve stashed more cash aside for your retirement, you might want to consider living in a gorgeous lodge on Russell Island. Get more information about the island at http://russellnz.co.nz/.