Besides dolphin watching and exploring the Bay of Islands via ferry, I took a day tour with Fullers GreatSights from Paihia to visit New Zealand’s natural wonders such as the Ninety Mile Beach and Cape Reinga Lighthouse where you’ll witness two oceans meet. This day tour also took me boogie-boarding down huge sand dunes, and feast on the freshest and crispiest Fish & Chips at Mangonui Fish Shop. 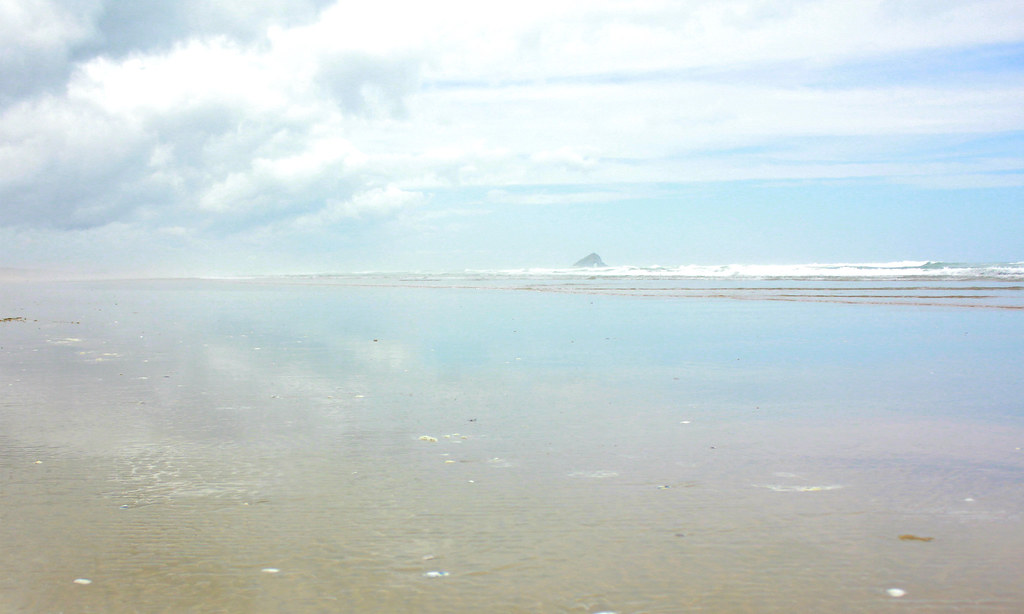 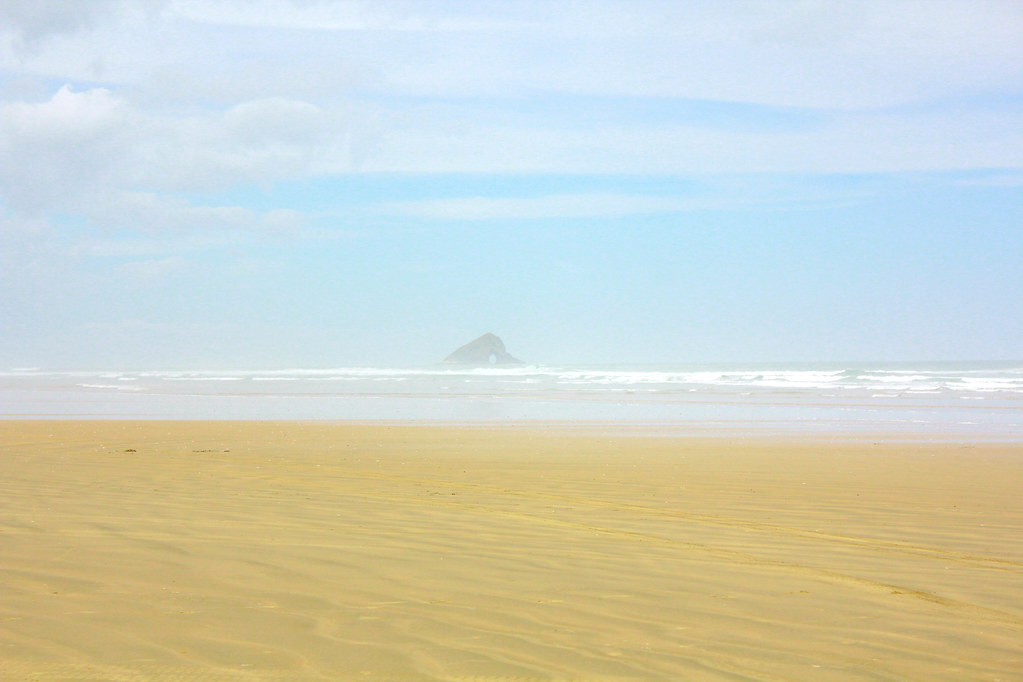 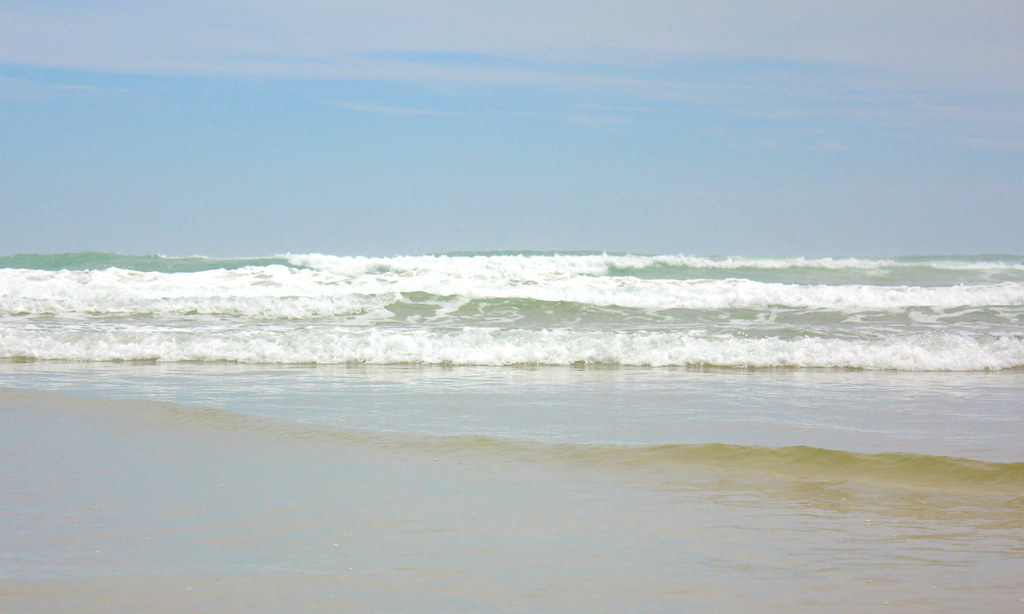 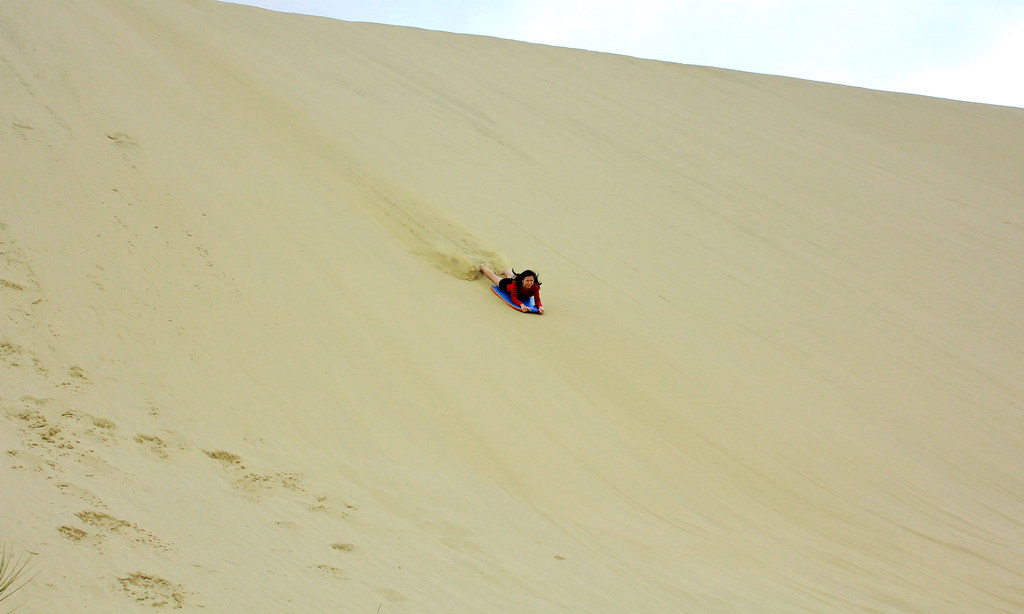 Coming here is akin to stepping foot into a never-ending paradise. The Ninety Mile Beach is famous for stunning sunsets, but I went there during the day. This fabled strip of sand stretches from Ahipara to Scott Point, five kilometres south of Cape Maria van Diemen. The actual fact is that it’s actually 88 kilometres (about 55 miles) long.

Well, how did this beach get its name? Missionaries used to miscalculate the speed when their horses traveled on sand. They forgot that horses travel slower on sand, and assumed that their horses could travel 30 miles per day, hence it would take them 3 days on horseback to travel the beach. Therefore, they ultimately named it the Ninety Mile Beach.

Boasting pristine white sand and beautiful blue water, this beach is officially a highway, but is really only suitable for 4WD vehicles and is safe to drive only at specific times of the tides. Many tourists have attempted to travel on Ninety Mile Beach using their own vehicles but have been unsuccessful. It’s best to join a tour as the coach drivers know the time of the tides, areas to avoid, the best access and exit points, and how to navigate small streams which run onto the beach.

Activities on the beach include surfcasting, swimming, or body-boarding down the sand dunes nearby. If time permits, and there’s a low tide, you might want to have a go at digging for tuatua, a native shellfish. If you find the beach too hot, escape into the green Aupouri Forest that flanks the beach. Furthermore, there’s a five-day fishing competition held annually here around late February to early March where hundreds of anglers surf cast from the beach to compete for the biggest catch! 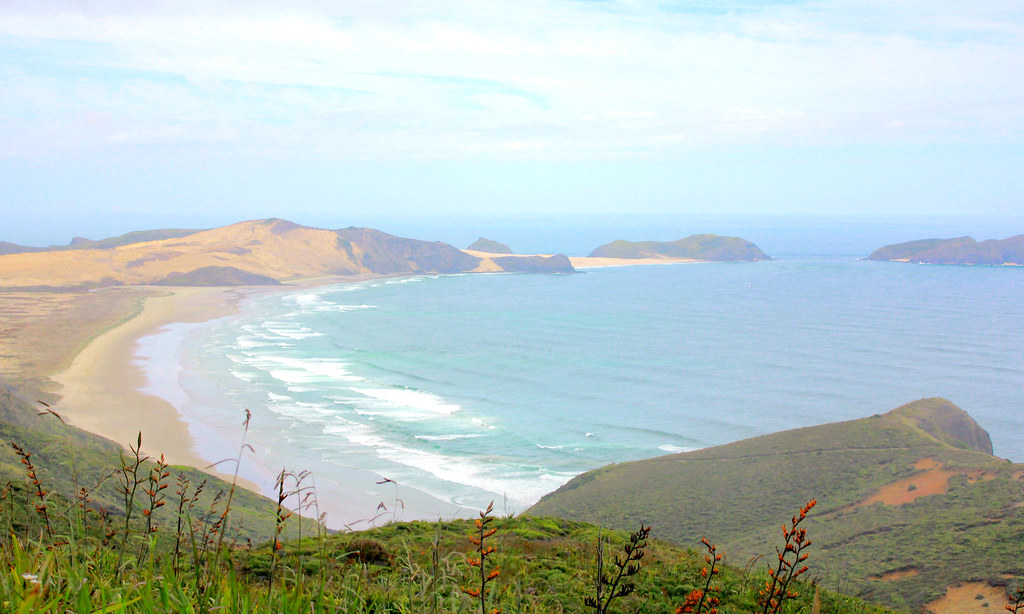 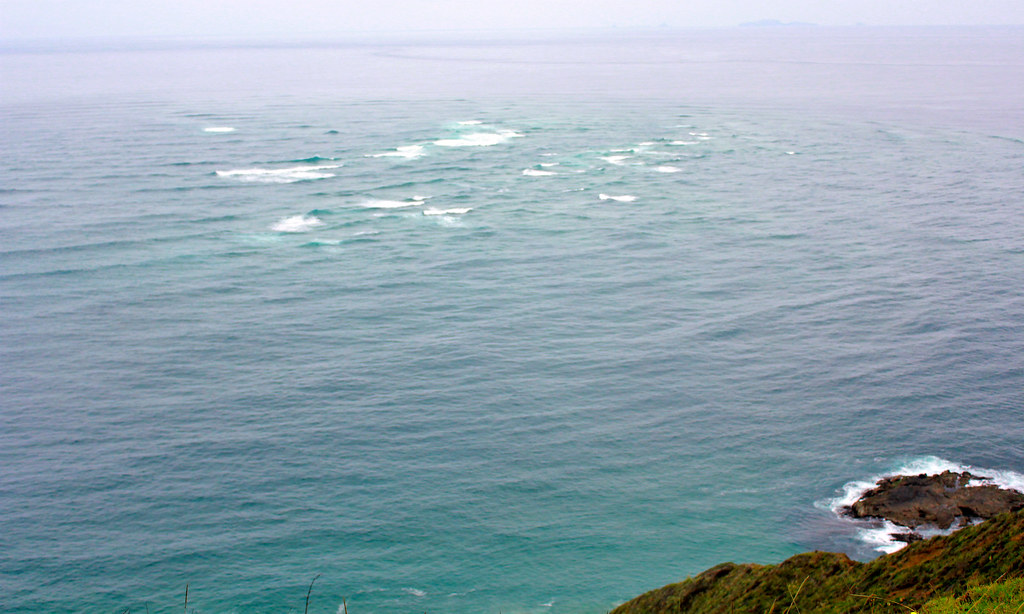 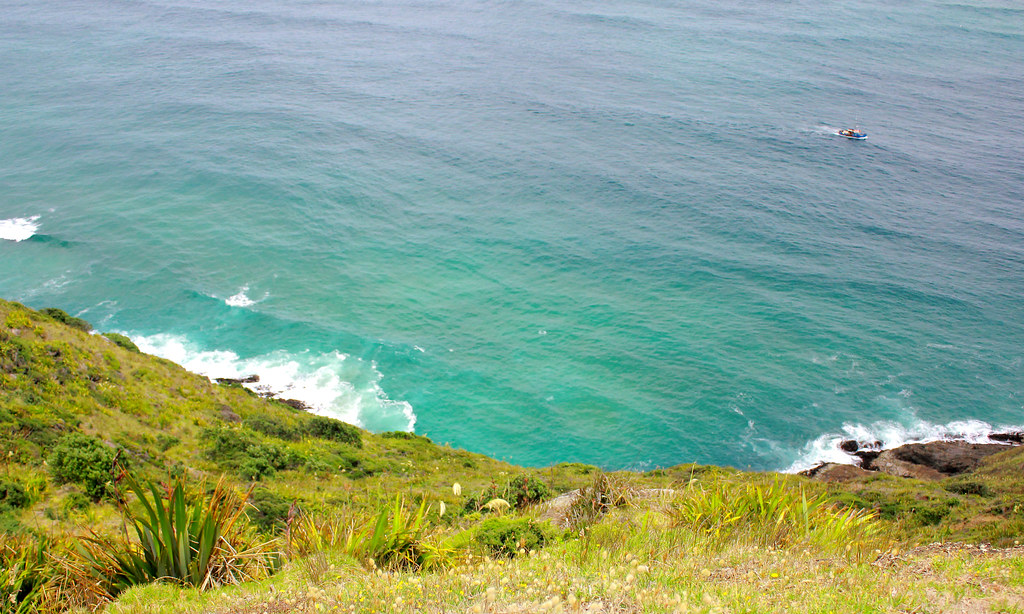 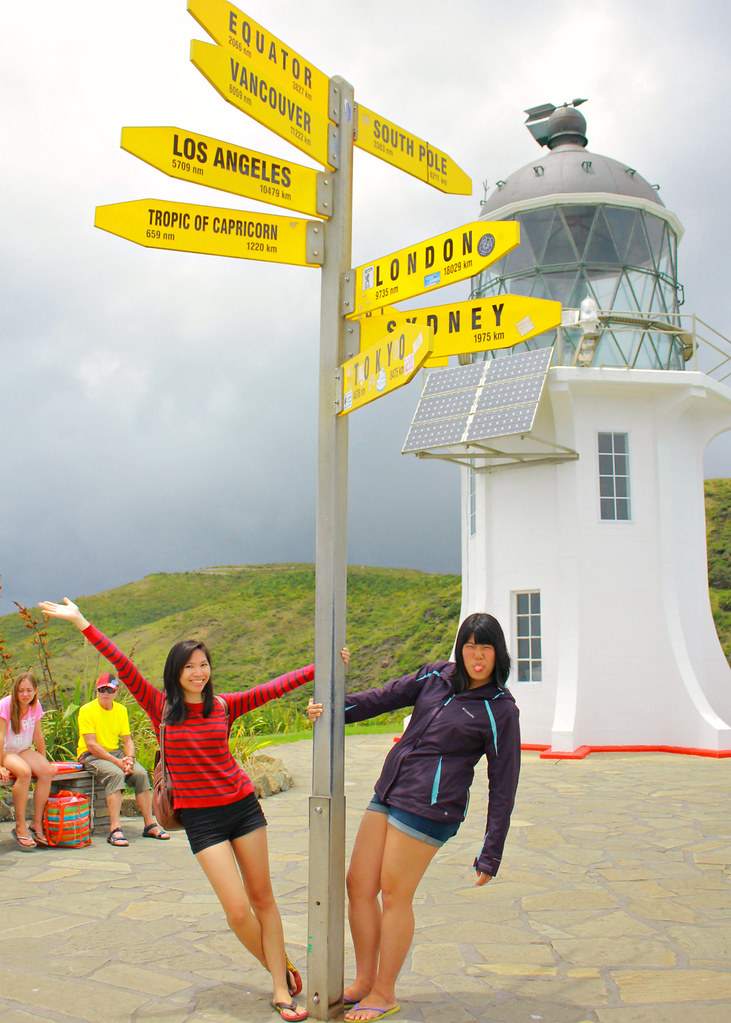 Located at the extreme Northern point of New Zealand lies Cape Reinga, where you get to observe two oceans collide and learn a little on Maori culture. This sacred site is the place of leaping, where Maori spirits undertake their final journey to Hawaiiki-A-Nui, the land of their ancestors. There are informative boards along the path to help you understand more. Try to spot the Pohutukawa Tree that’s believed to be over 800 years old, as according to Maori history, the spirits of deceased Maori leap from this tree into the ocean.

Cape Reinga’s lighthouse was built in 1941 and was manned during World War 2, up until 1987 when it was fully automated. Its beacon is solar powered and can be seen 35 kilometres out to sea. Today, it is one of the most visited and photographed New Zealand’s lighthouses. There is a popular photo spot beside this lighthouse – the international sign post!

At the Cape, watch the division between Tasman Sea’s turquoise waters clashing with the Pacific Ocean’s darker blue waves in a spectacular swirl of currents. On a clear day, you will also be able to see the Three Kings islands and Cape Maria Van Diemen. 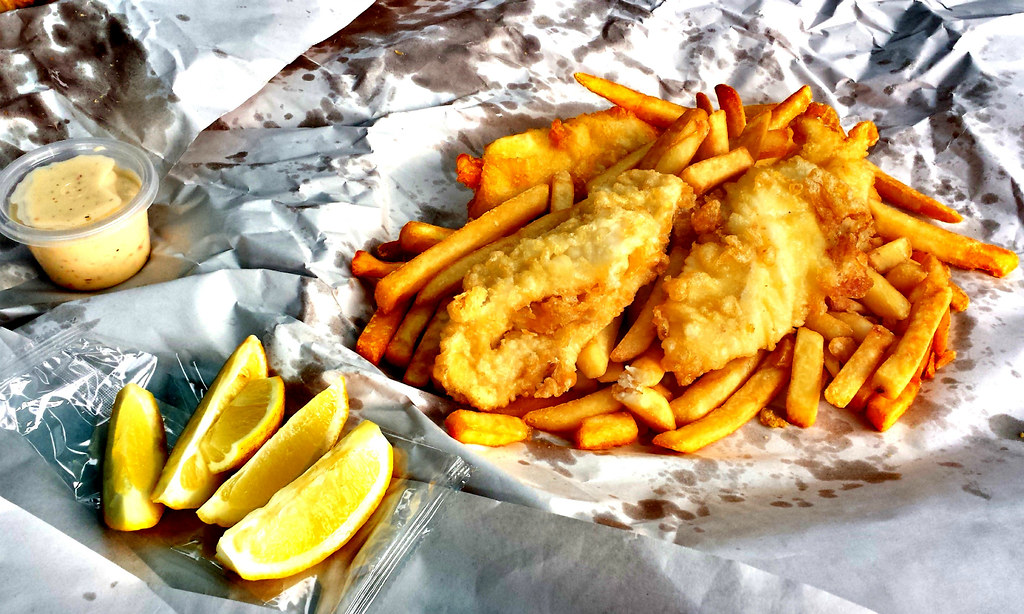 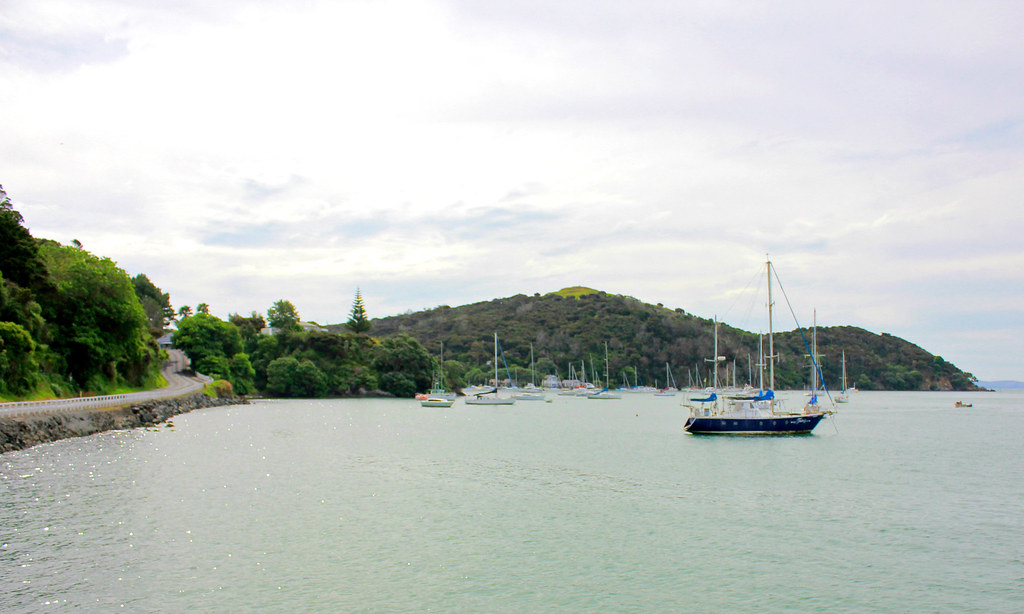 Firstly, let me clarify that this is not a sponsored article, nor is it a paid advert. I genuinely feel that the fish & chips served at Mangonui Fish Shop is one of the best fish and chips you’ll find in New Zealand. Straight out of the sea and cooked anyway you like, the fish retains its tip-top freshness! Moreover, this restaurant is located over the water, so you can soak up the sunshine at their all-weather deck looking out over the picturesque Mangonui Harbour and Doubtless Bay. They are open from 10am to 8pm daily, and only an hour away from the Bay of Islands en route to Cape Reinga.

I would like to thank Fullers GreatSights once again for running such enjoyable tours! Well, my adventures in New Zealand hasn’t ended yet, so continue to follow me as I share more stories soon!

No more café-hopping for me in Singapore. We’ve

Chanced upon another cafe with a floral interior d

The past few days have been gloomy and rainy, so I

Better days are coming. They are called Saturday a

Stumbled upon a small-scale Bougainvillea plantati