3D2N in Osaka – The Exciting City that Never Sleeps

Osaka, Japan’s third largest city, has a good blend of history and culture with modern architecture. The city is known for its gratifying street food and electrifying nightlife. It is also known as a shopper’s paradise, because whatever you want to get in Tokyo, you can also get it in Osaka at a great bargain. Many of you have asked about the number of days to spend in Osaka. I was only there for 3 days as I wanted to explore other cities, so here’s my itinerary for your reference. 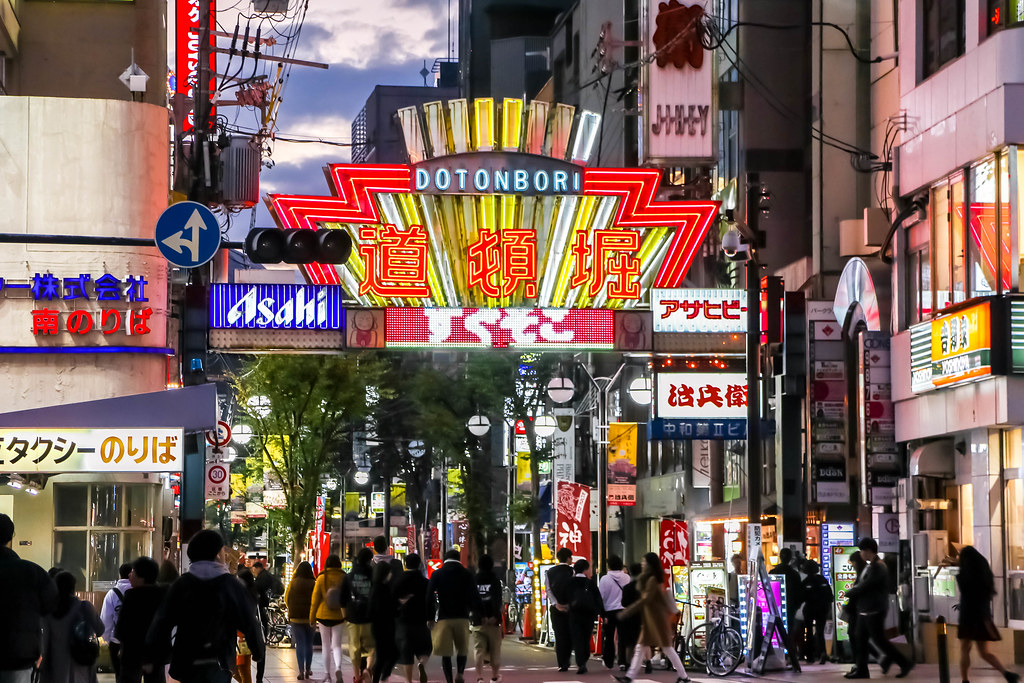 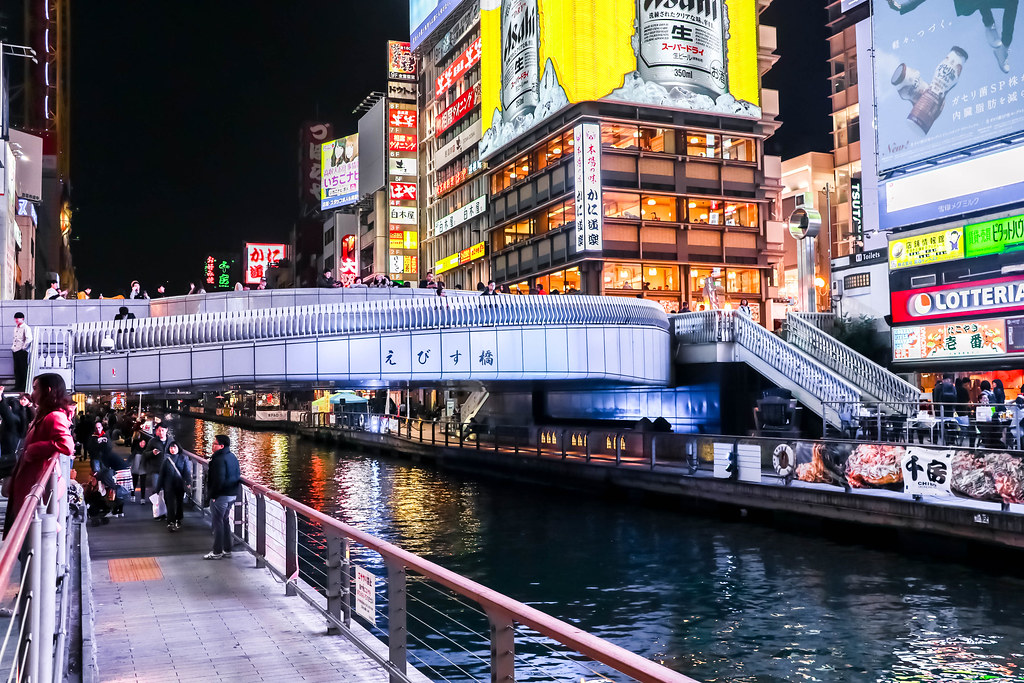 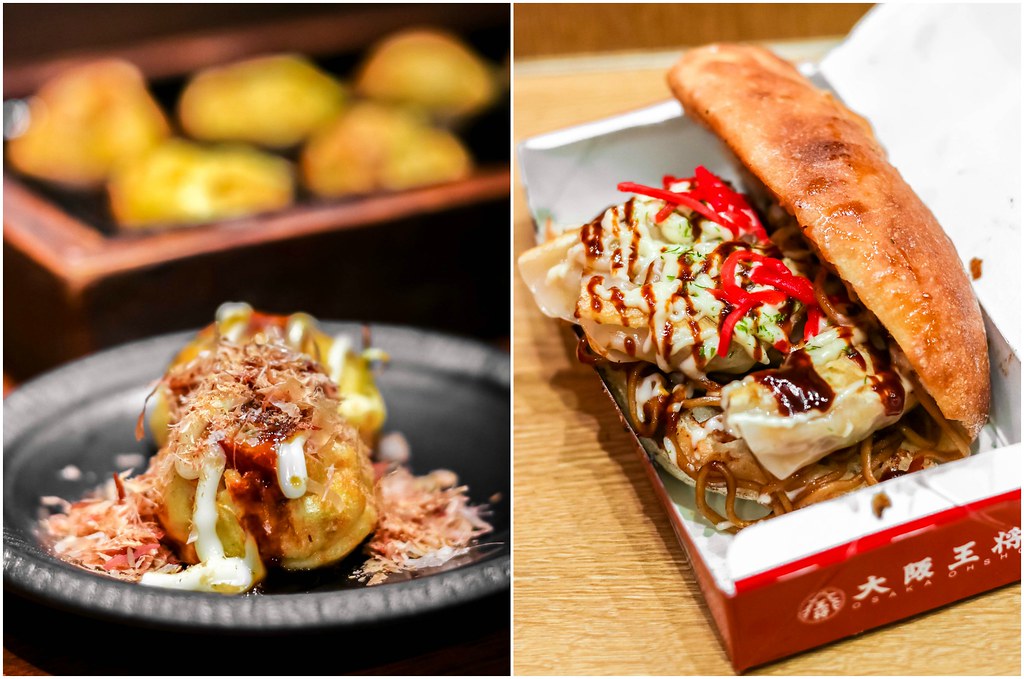 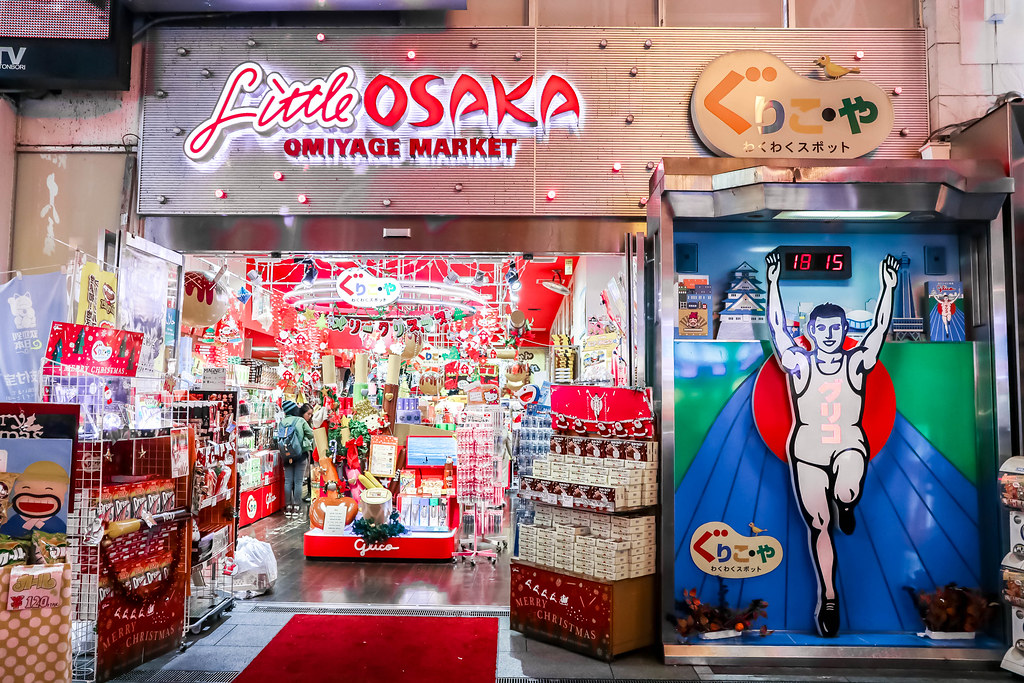 Dotonbori is the liveliest entertainment area in Osaka with an eclectic mix of flamboyant signage, glaring neon lights, and huge variety of restaurants, bars, and shops. I arrived in Osaka in the afternoon, and after settling down in the hotel, I spent the rest of the day at Dotonbori. From the Gilco Running Man to enormous food signboards to Osaka’s clown mascot to the Shinsaibashisuji shopping arcade, you’ll never run out of things to see, eat, and shop in Dotonbori. You can find all that you need to know about Dotonbori here.

Dotonburi
Directions: Alight at the Namba Station of Subway Midosuji Line, and Dotonbori is a short walk from exit 14. If you’re coming from the Osaka International Airport, take the Airport Limousine Bus to Namba. The journey takes around 40 minutes.
Website: http://www.dotonbori.or.jp/en/ 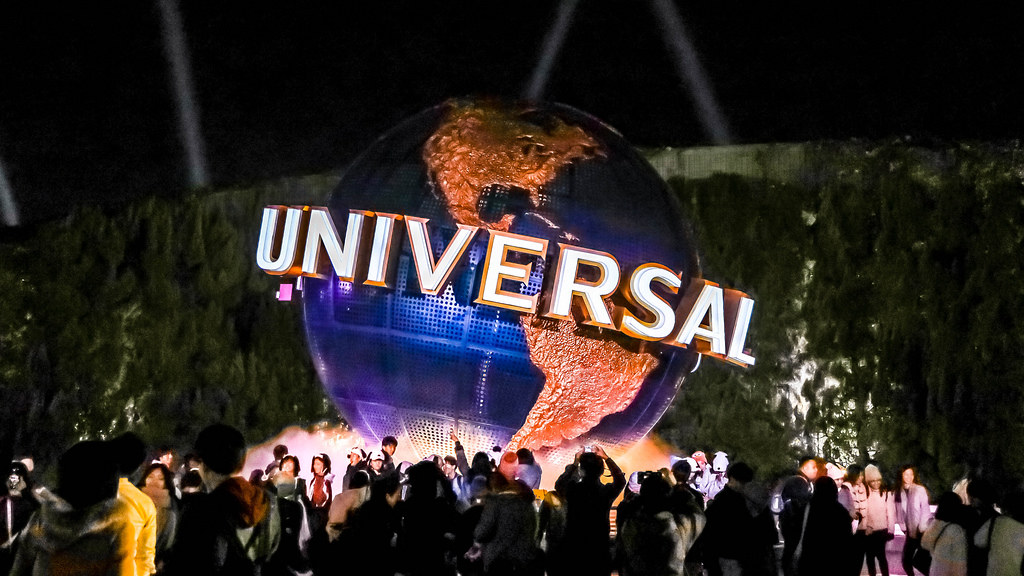 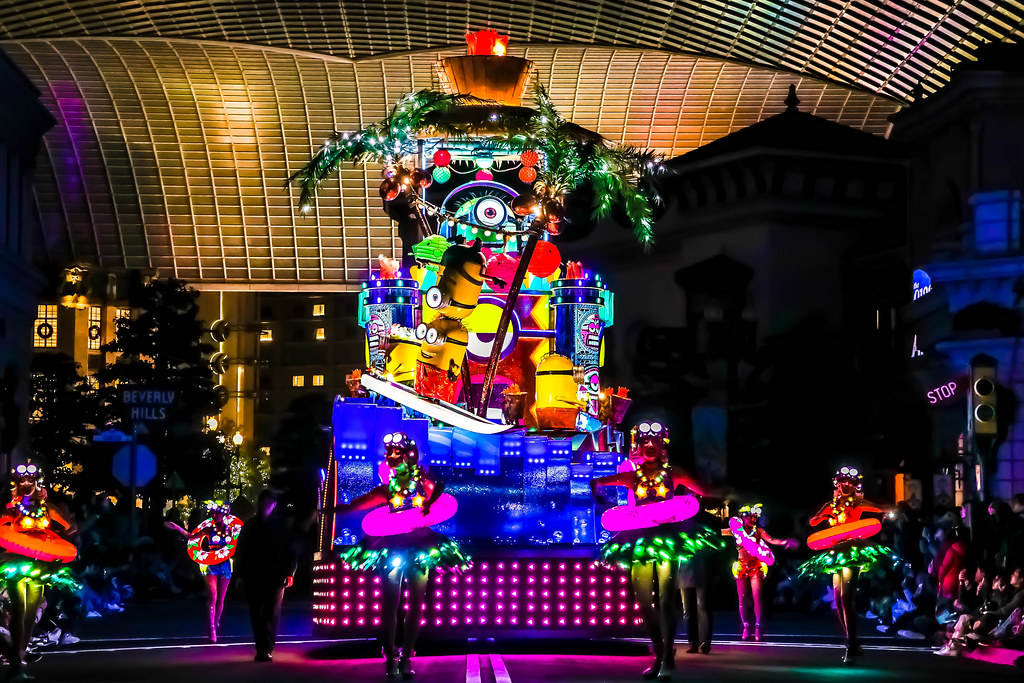 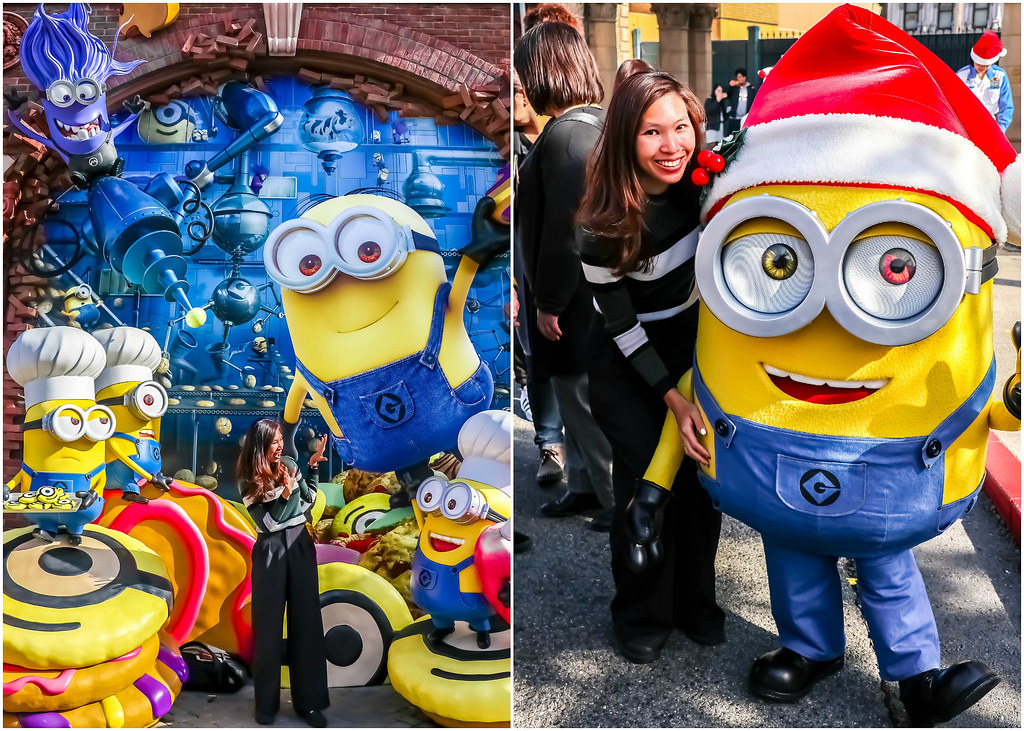 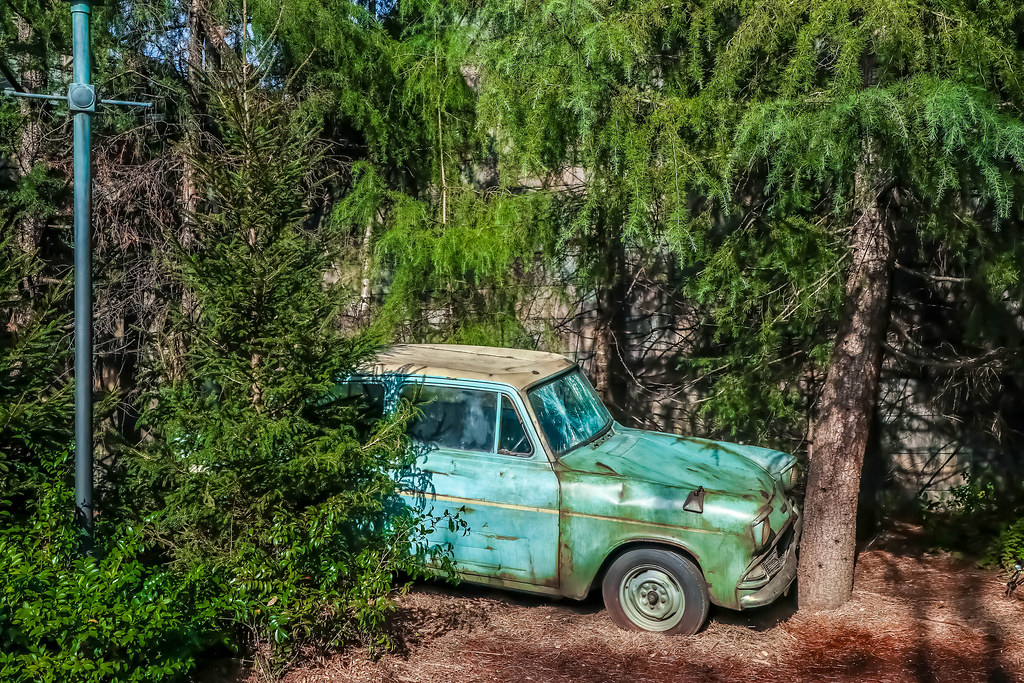 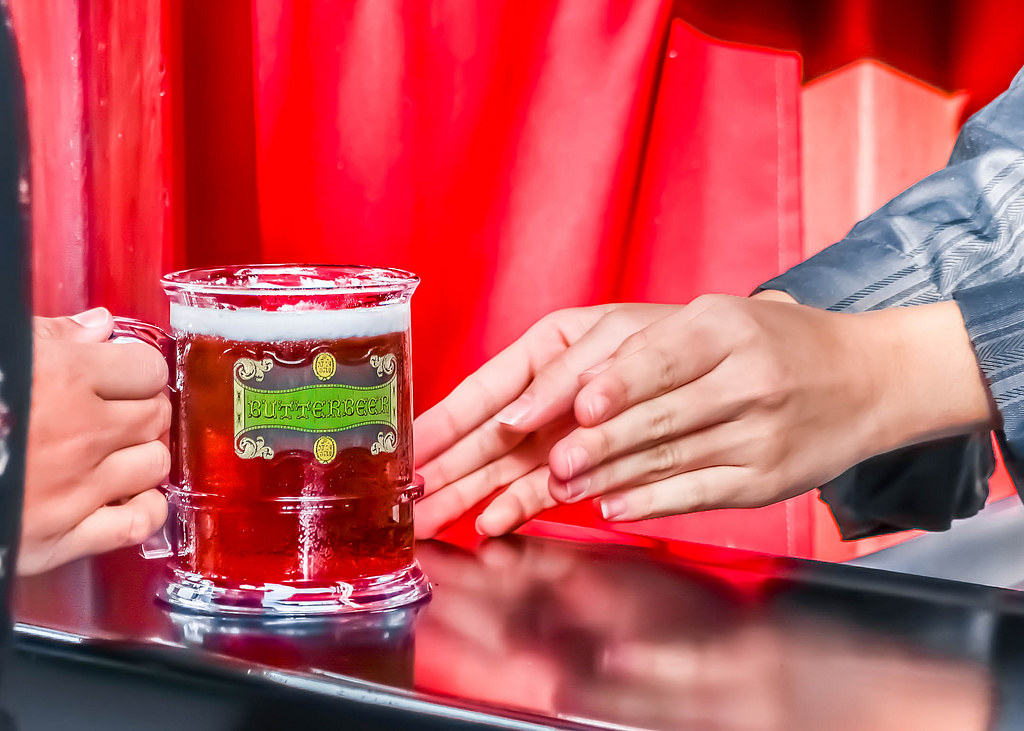 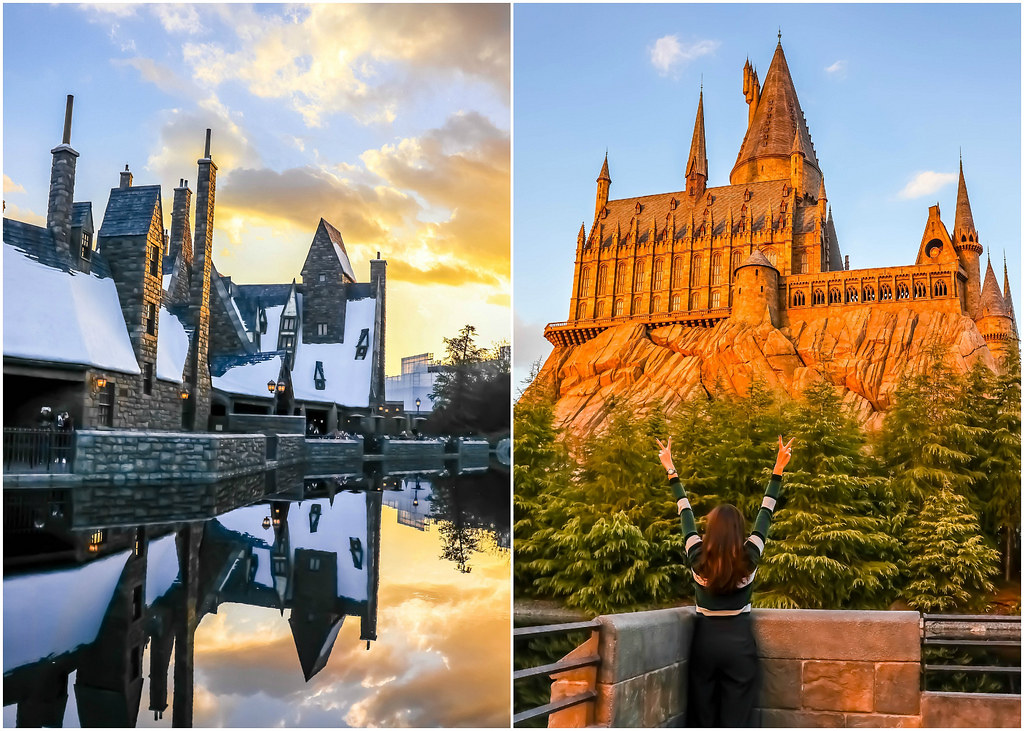 Being a huge fan of Harry Potter and the Minions, it was a must for me to visit Universal Studios Japan. This theme park is definitely tailored for thrill-seekers. I visited around the festive season at the end of November and there was a number of Christmas-themed attractions. I was super captivated by amazing worlds in the night parade, and there was a beautifully illuminated Christmas tree and a spectacular festive show. Check out the article I’ve previously written for a comprehensive guide to Universal Studios Japan. 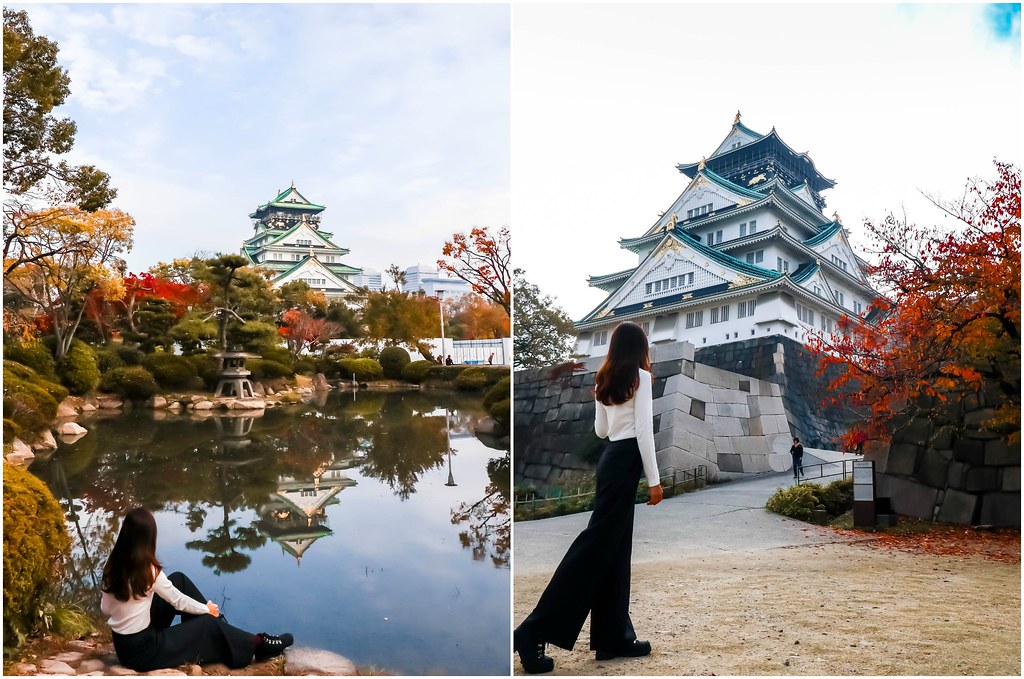 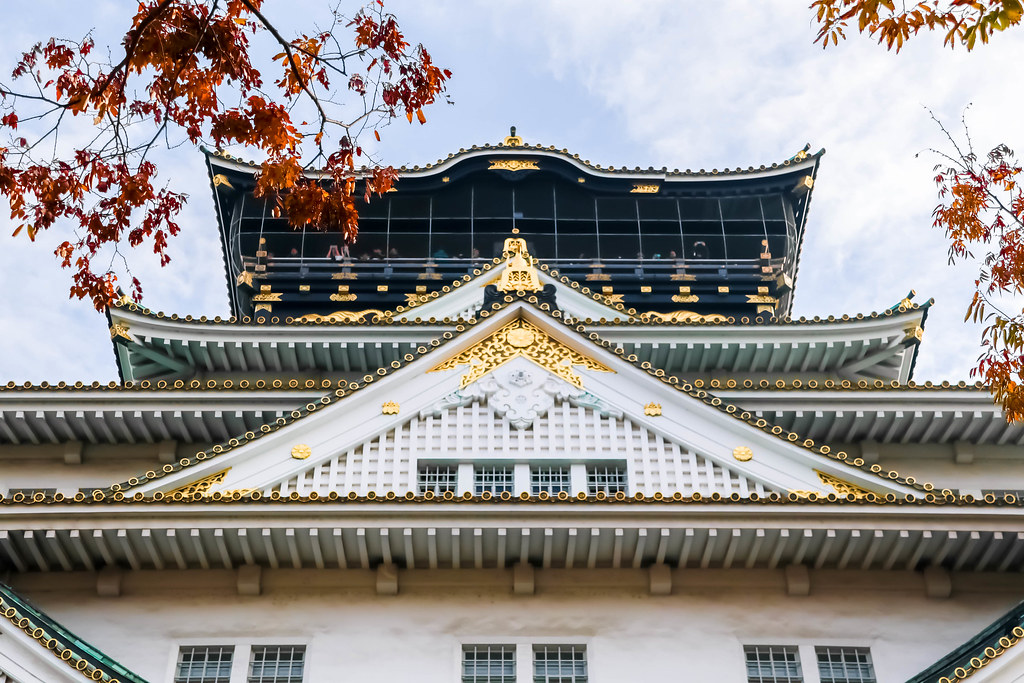 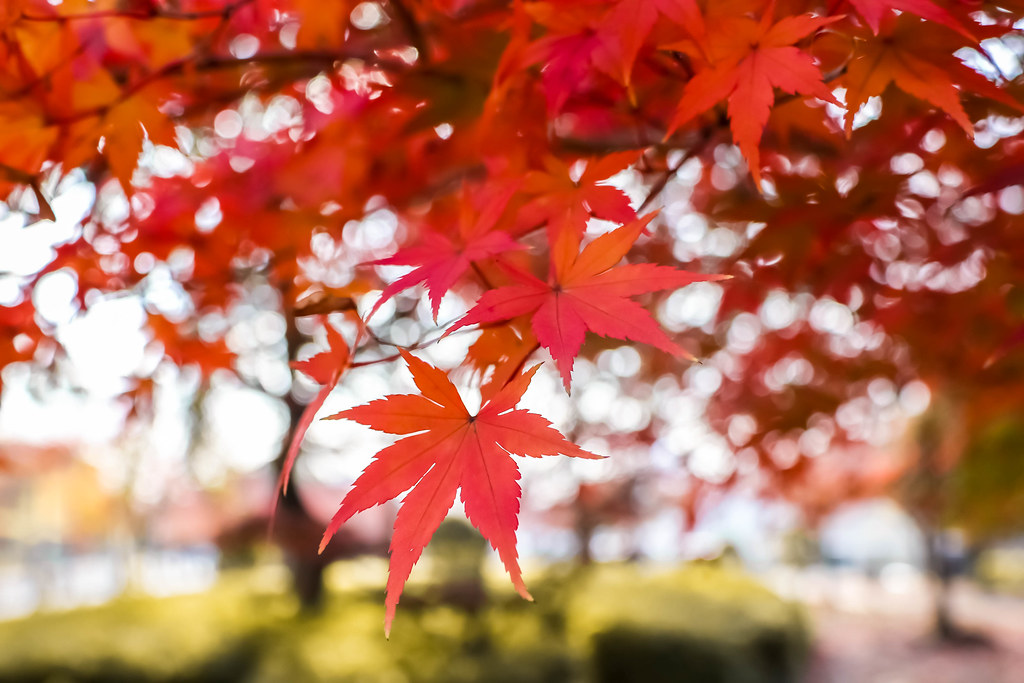 The Osaka Castle, surrounded by beautiful flowers and trees during spring and autumn, is a sight to behold. There are many photo spots around the castle. You should also visit the nearby Nishinomaru Garden during the cherry blossom season. I’ve heard so much about it, but I was there during the wrong season. The entire Osaka Castle park is massive, and your energy would’ve been depleted after exploring the castle grounds. I recommend heading to Kuromon Market to relax and recharge. 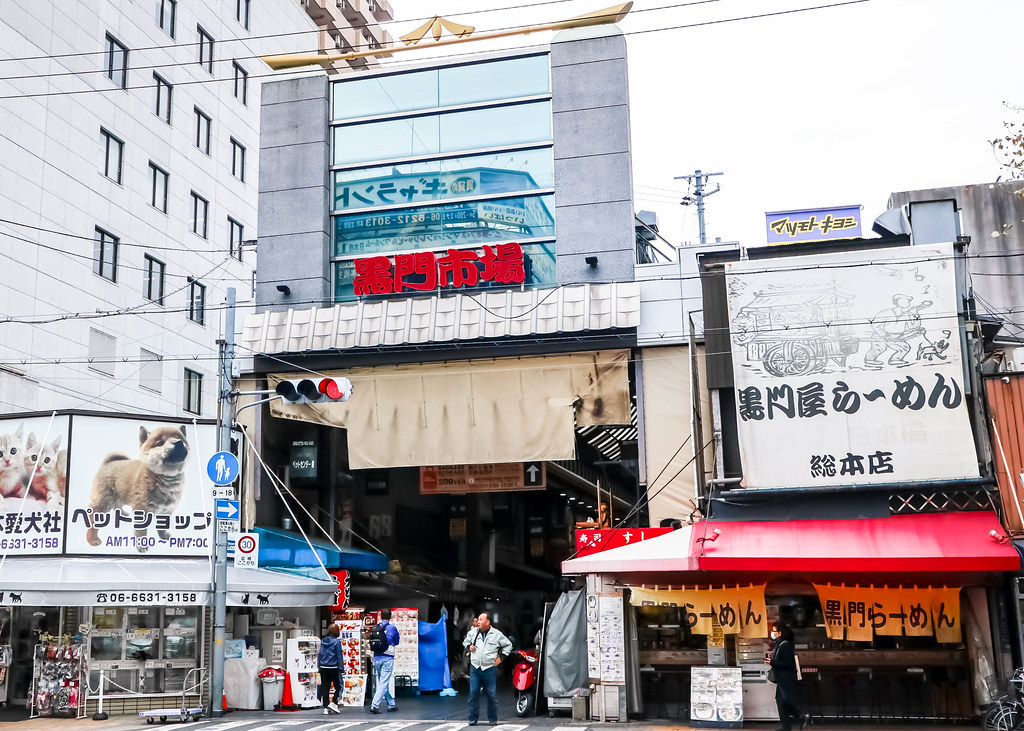 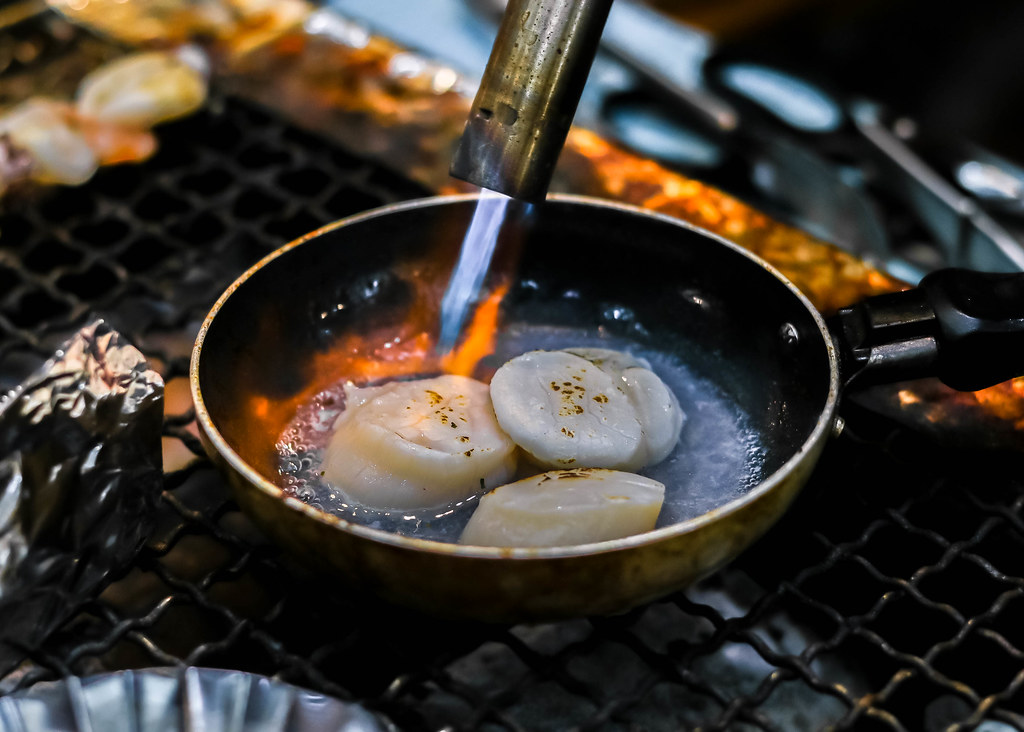 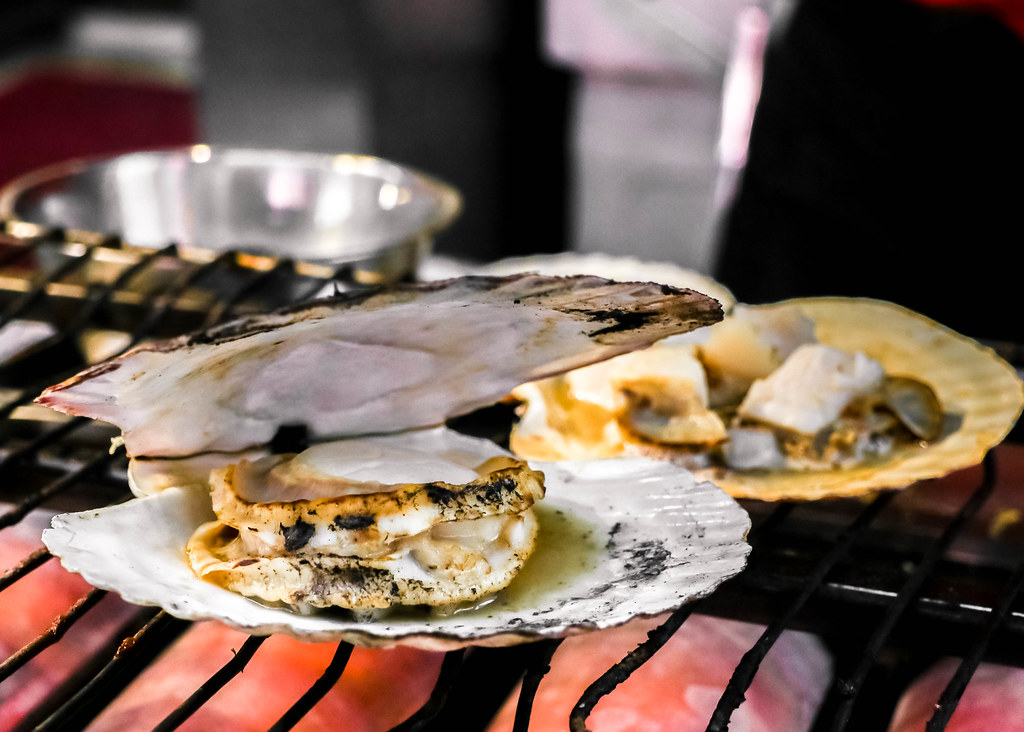 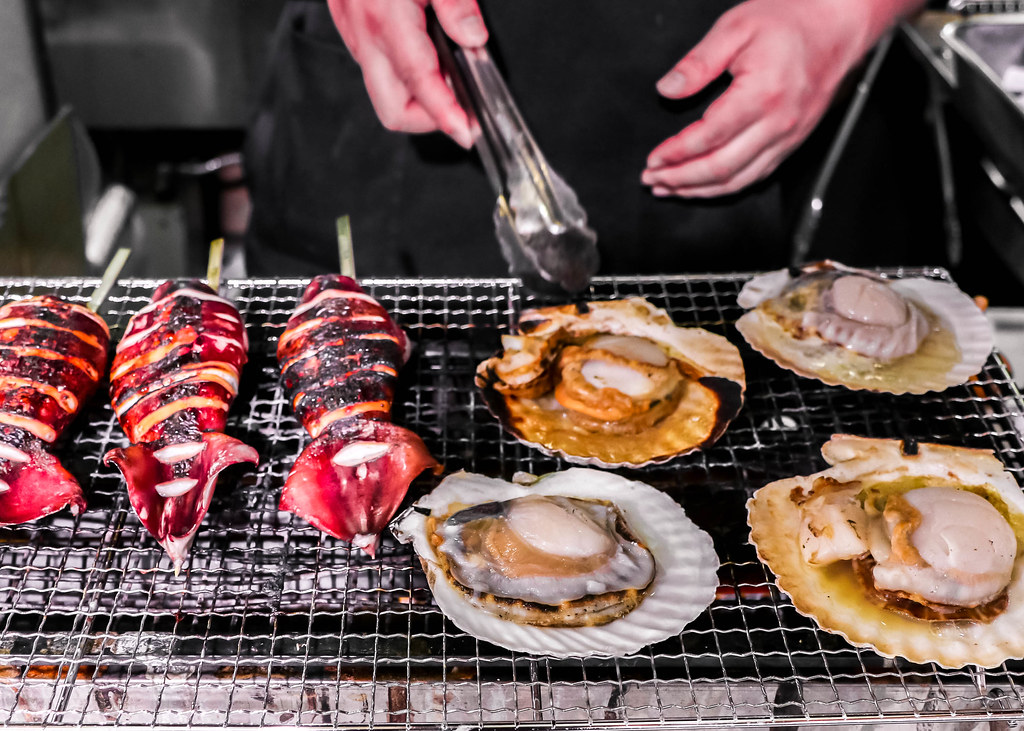 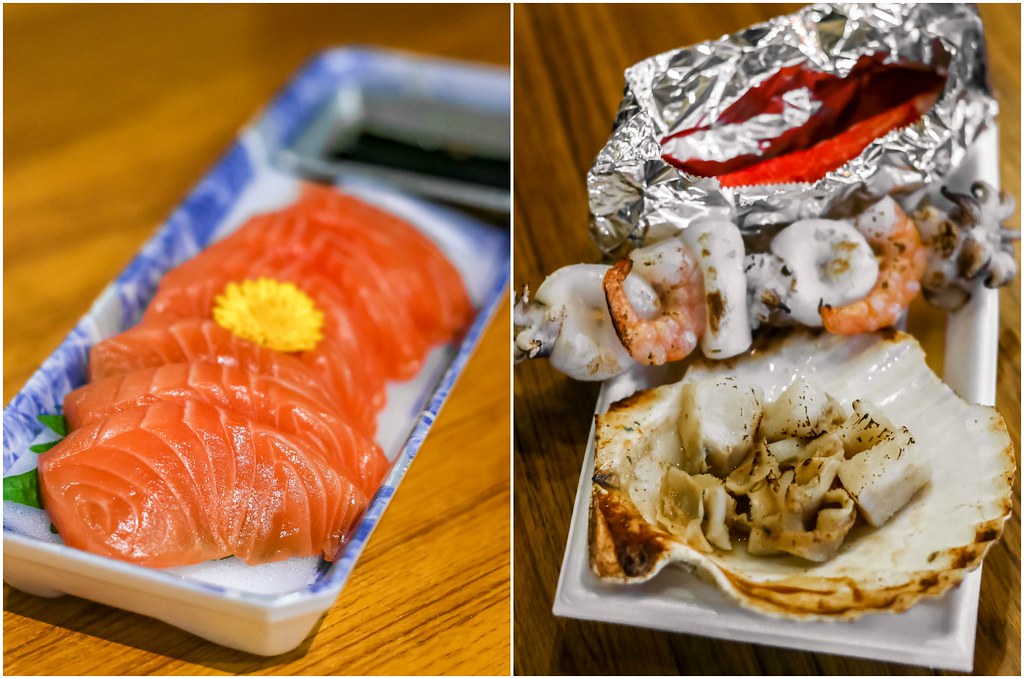 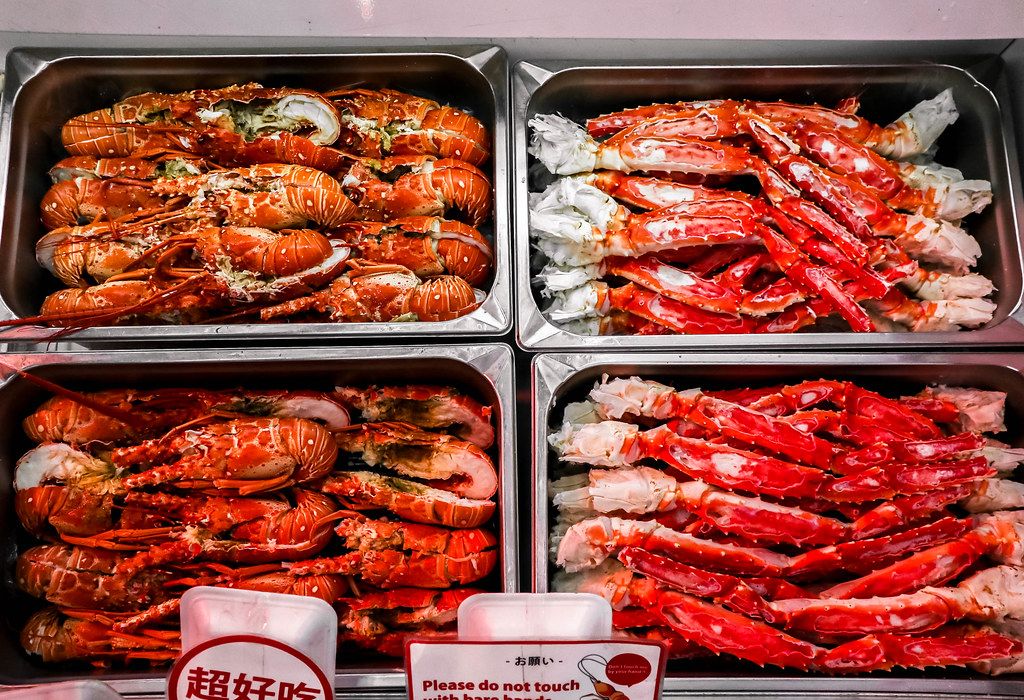 If you love seafood, you have to visit the Kuromon Market. It’s better to go around 11am or 11.30am to avoid the lunch crowd. You can choose the type of seafood from the stalls, and some of them will prepare, cook and serve the food to you right on the spot. Besides fish and seafood, there are vendors selling fresh fruits and vegetables, meat, pickles and confectionery. After my satisfying seafood feast, I left Osaka for Kyoto.

I did not explore many Osaka districts, which was why I could keep my visit as short as 3 days. If you’re planning to visit Osaka’s Bay area or the Outer District of Osaka, perhaps you might want to extend your stay in Osaka to 4 or 5 days.