Vienna, the capital and largest city of Austria, is famous for its cultural events, imperial sights, coffee houses and cozy wine taverns. Vienna’s history dates back to around about the first century AD, when the Romans established the military camp Vindobona. Today’s cityscape is characterized by the abundance of baroque buildings created mostly under the rule of Empress Maria Theresia and Emperor Franz Joseph, who was largely responsible for the monumental architecture round the Ringstraße. Check out 7 of the most-visited attractions in Vienna. 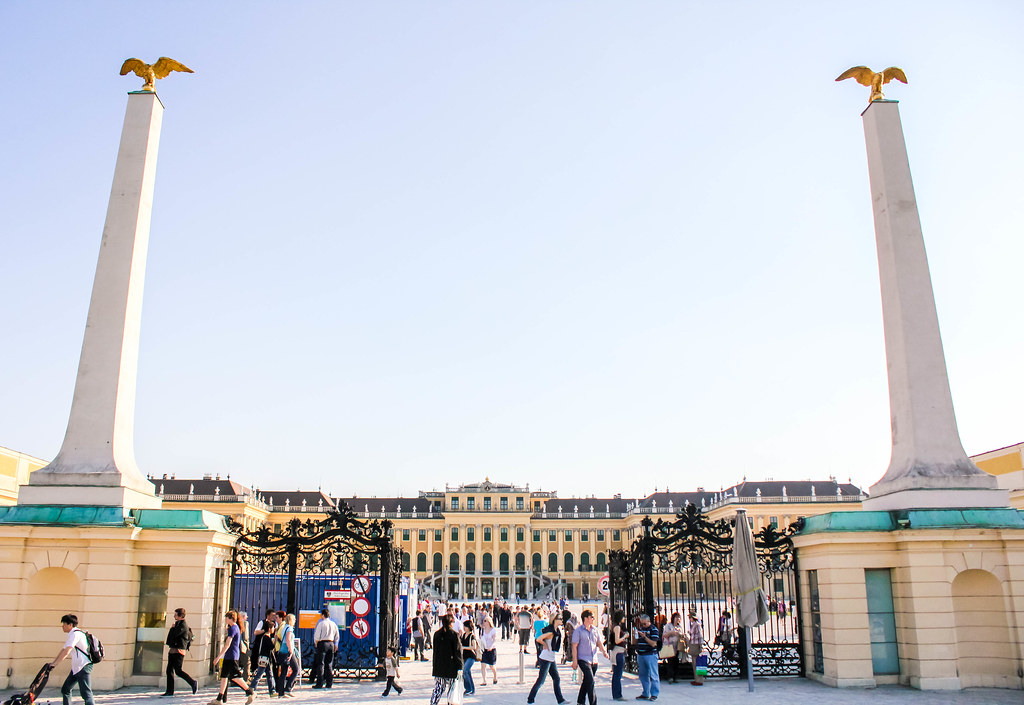 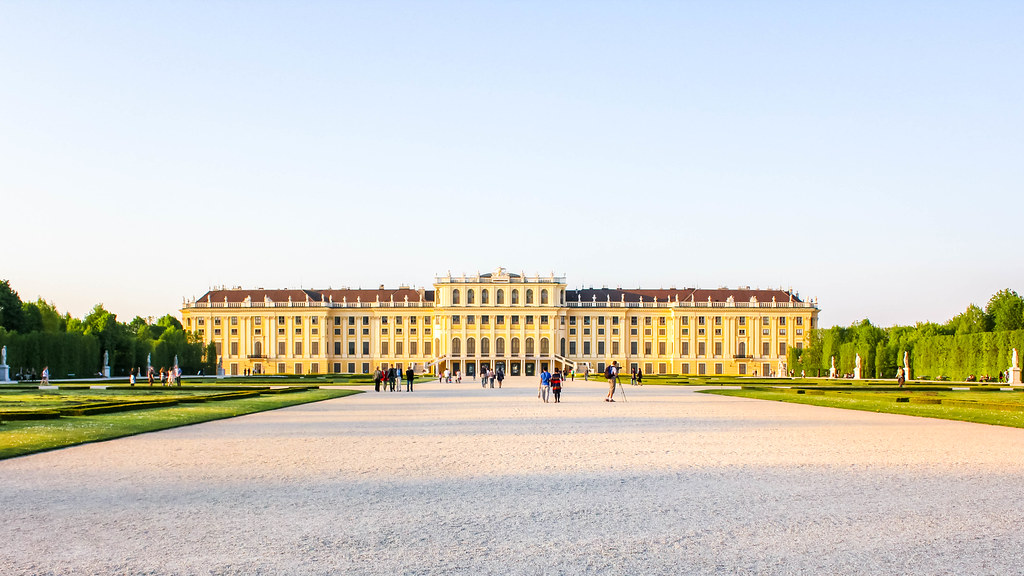 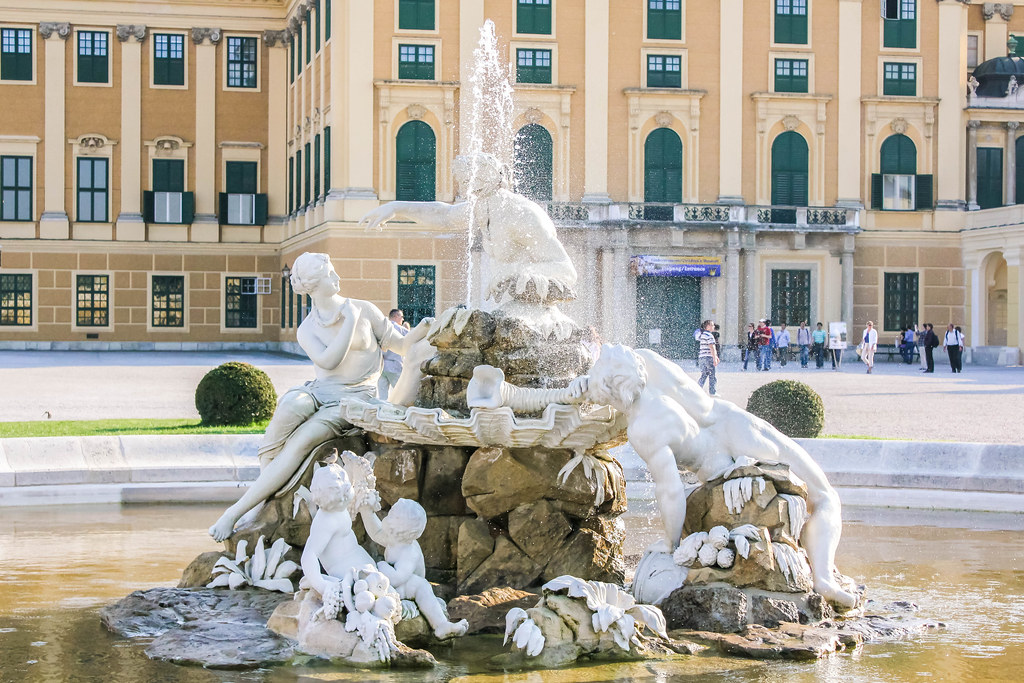 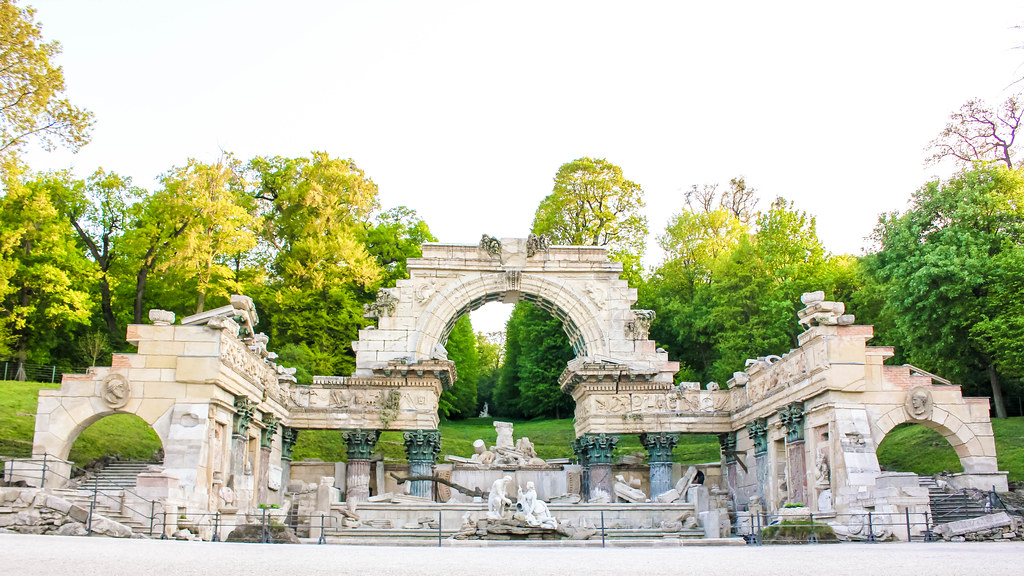 At the end of the seventeenth century Emperor Leopold I commissioned the Baroque architect Johann Bernhard Fischer von Erlach, who had received his training in Rome, to design an imperial hunting lodge for his son, Crown Prince Joseph, later to become Emperor Joseph I. Replacing the château de plaisance built on this site for the dowager empress Eleonora of Gonzaga in 1642, it was to grow into a palatial imperial residence over the course of the eighteenth century.

The park at Schönbrunn Palace was opened to the public around 1779 and since then has provided a popular recreational amenity for the Viennese population as well as being a focus of great cultural and historical interest for international visitors. 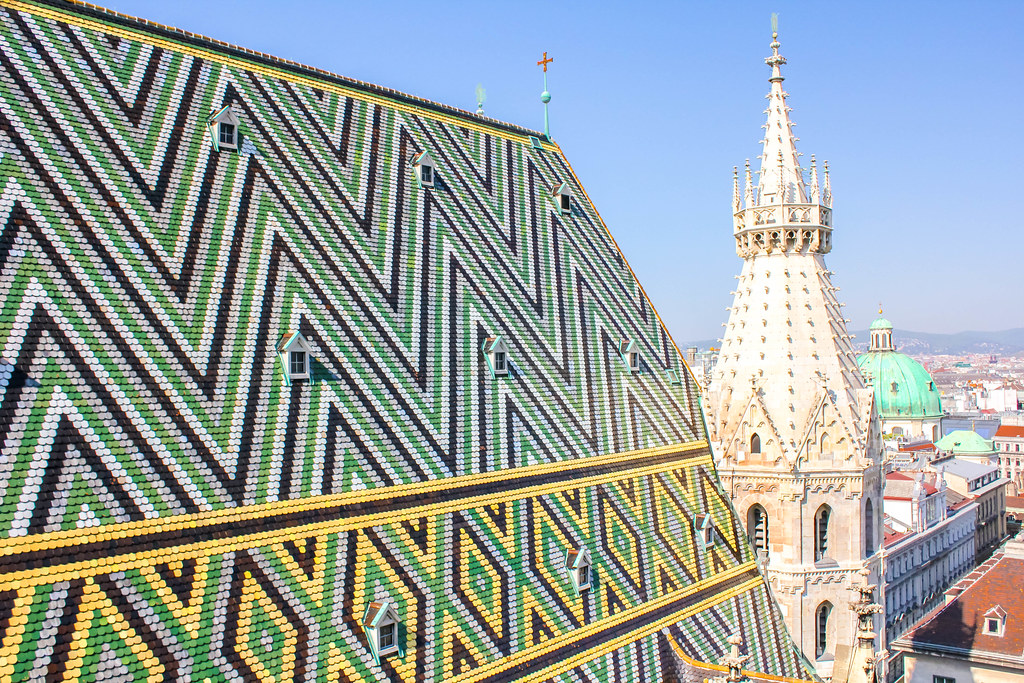 For more than 700 years now, the magnificent cathedral has stood watch over the city, and Austrians see it as one of the most important and most beloved landmarks of the country. As you uncover its hidden secrets, descend into its catacombs, and climb 343 steps up its lofty towers for a breathtaking view of the city, you’ll also learn about the history of Vienna. 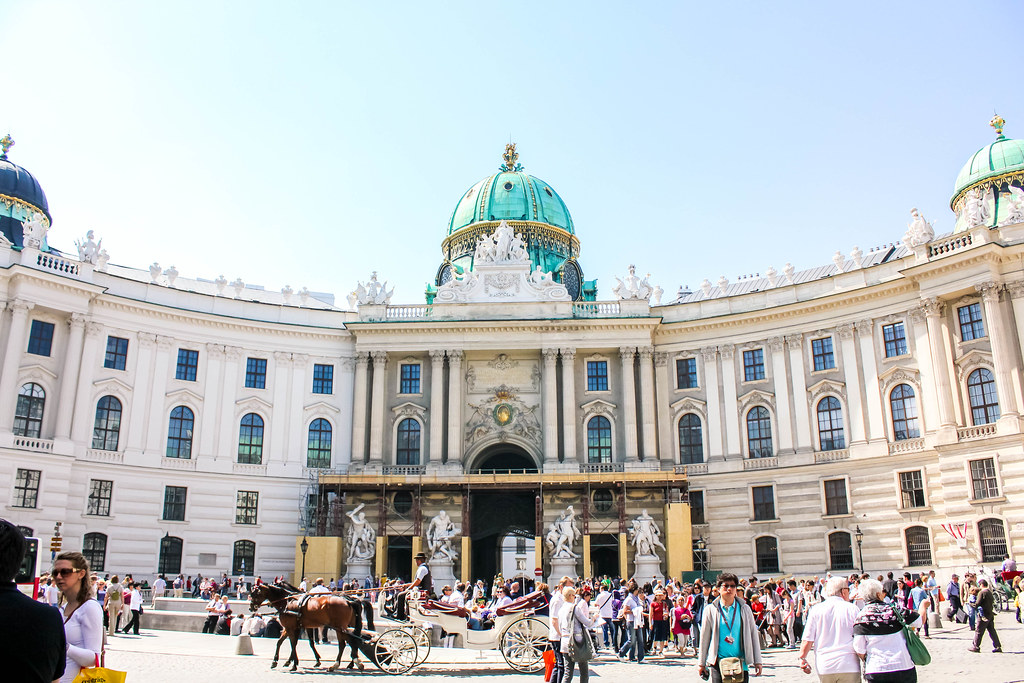 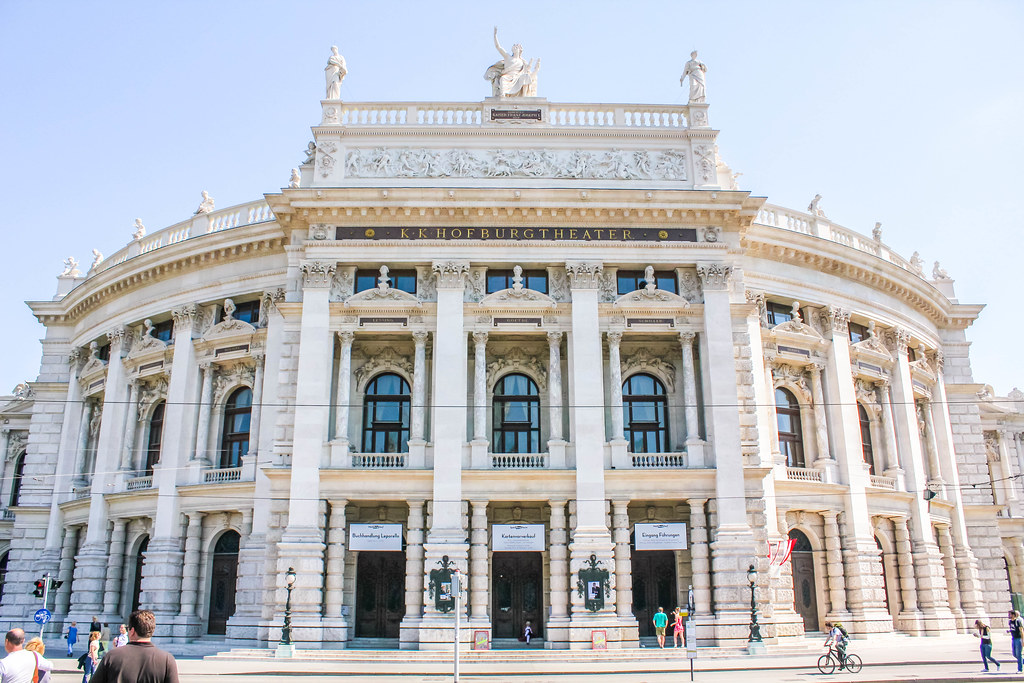 For over 600 years, the Hofburg Vienna was the residence of the Austrian sovereigns. Over the course of the centuries, it developed into one of the most important centres of European history. It was from here that the Habsburgs reigned from the 13th century, at first as rulers of the Austrian patrimonial lands, from 1452 as emperors of the Holy Roman Empire, and finally as emperors of Austria from 1806 until the end of the monarchy in 1918.

Originally a medieval fortified castle dating from the 13th century, the Hofburg was extended by each emperor. The sprawling, asymmetric complex extends over 240,000m² and consists of 18 wings, 19 courtyards and 2,600 rooms. 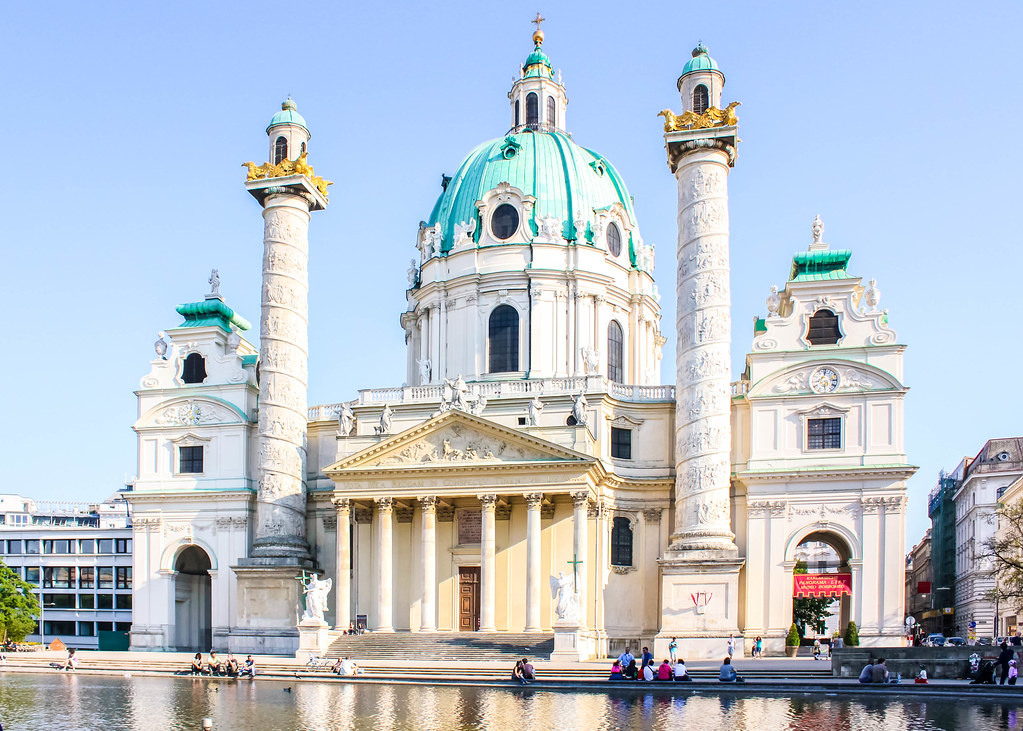 St. Charles’ Church, completed in 1739 by Joseph Emanuel Fischer von Erlach, was built as the result of a vow taken by Emperor Charles VI during a plague epidemic. The renovation of the High Altar, designed by Fischer von Erlach, has been completed and it has regained its original splendor. The opulent frescoes in the cupola by Johannes Michael Rottmayr contain 1250 square meters of incredible splendor and beautiful colors, showing the glory of Saint Charles Borromeo. You should take the panoramic elevator up to a platform at a height of 32.5 metres and take a close-up look at the frescoes. 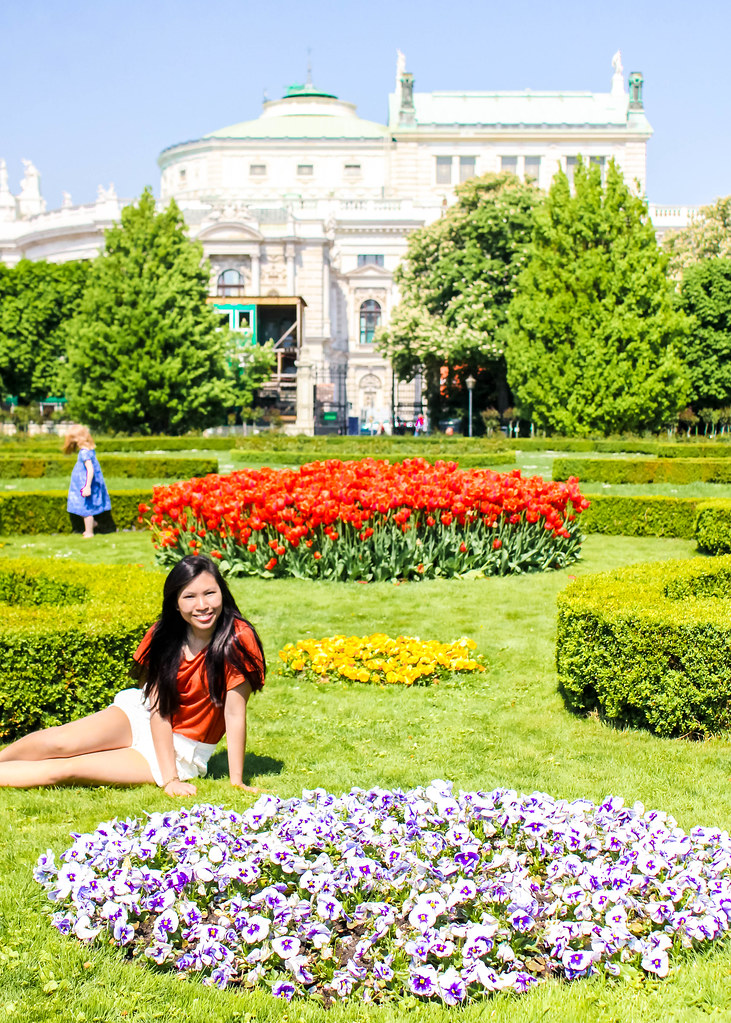 Everyone can enter Volksgarten without a fee. This tranquil park is great for travellers who need to give their tired legs a break. The park is also ideal for those who want to escape from the hustle and bustle of the city. You can sit at one of the benches while taking in the beauty of the blossoming rose garden and listening to the rippling fountains.

Volksgarten
Address: Entrances are available from Heldenplatz, Burgtheater and Ringstrasse across from the Austrian Parliament.
Opening Hours: Apr to Oct 6am to 10pm. Nov to Mar 7am to 5.30pm.
Website: https://volksgarten.at/en/ 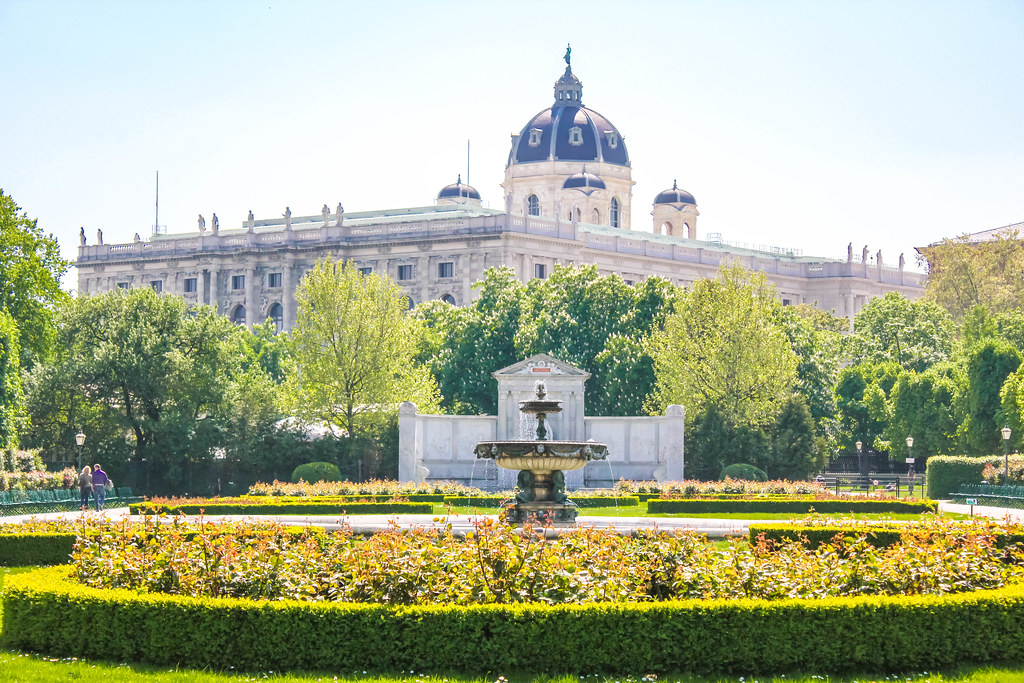 There are many things to see at the Kunsthistorisches Museum which has the largest collection of Bruegel paintings in the world, among them some of his most celebrated works. The Kunskammmer houses over 2,100 objects d’art that were collected and commissioned by the emperors and archdukes of Habsburg. Spanning almost a millennium, the collection includes ivory carvings and miniatures, timepieces, paintings, intricate sculptures, wall-hangings, coins, weapons, and a wide range of curiosities. The Picture Gallery contains century-old fine art collections of the House of Habsburg. The museum building itself is adorned by art, so free your mind and get lost in this fascinating world of art.

Kunsthistorisches Museum
Address: Maria-Theresien-Platz, 1010 Wien, Austria
Opening Hours: Varies according to the exhibitions, so please check the website before your visit.
Website: https://www.khm.at/en/ 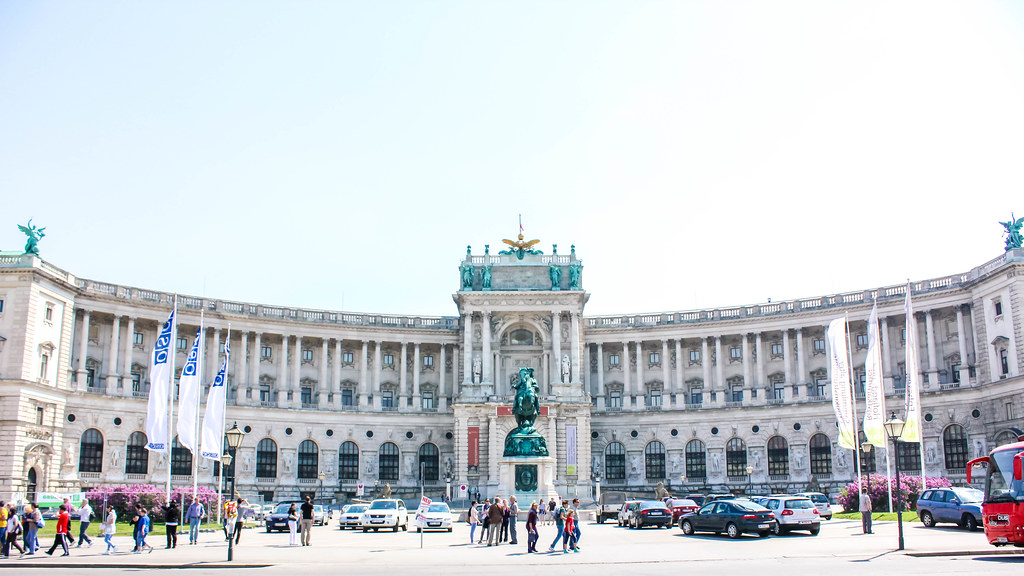 Immerse yourself in the daily life of ancient Egypt at the museum with the largest collection of papyri in the world, in the centre of the Imperial Palace. The papyrus collection contains documents from three millenniums, which have been preserved and are not only useful for research but can also be admired by visitors from all over the world.

There are many other things to do in Vienna, and I suggest spending around four to five days in this exciting city.