Located in the heart of Shanghai, along the Huangpu River, The Bund is the best place to take in the spectacular Shanghai cityscape. From across the river, you’ll see significant Shanghai landmarks such as the Oriental Pearl TV Tower, the Shanghai World Financial Centre, and the Jinmao Tower. On the same side of The Bund, there are more than fifty different restored classical buildings in the Gothic, Romanesque, Baroque, Chinese and western style which constitute the financial centre of old Shanghai. 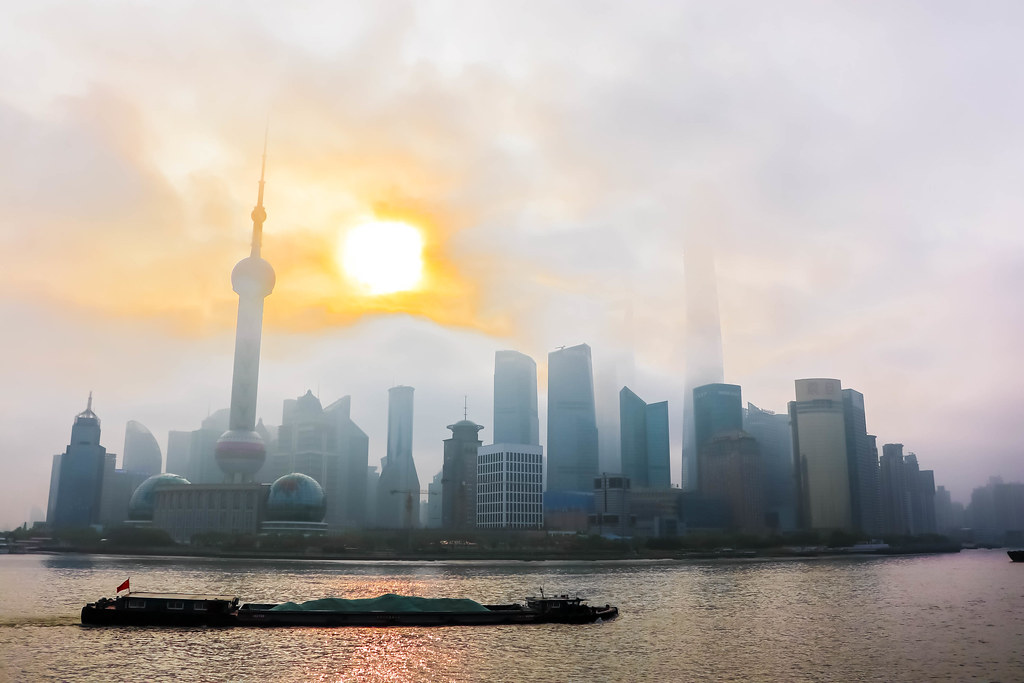 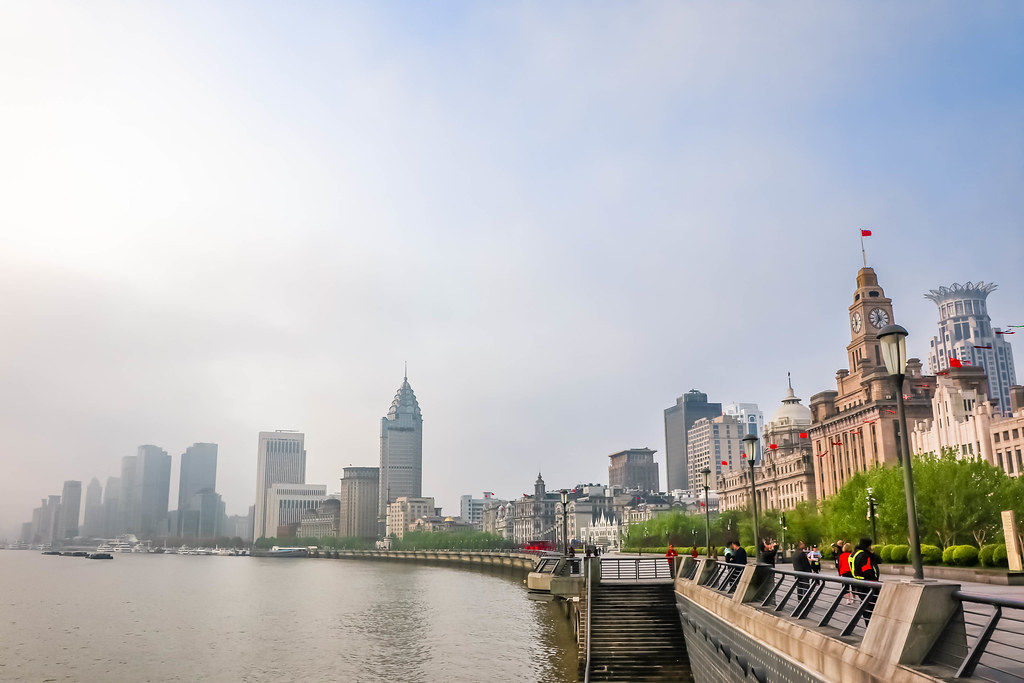 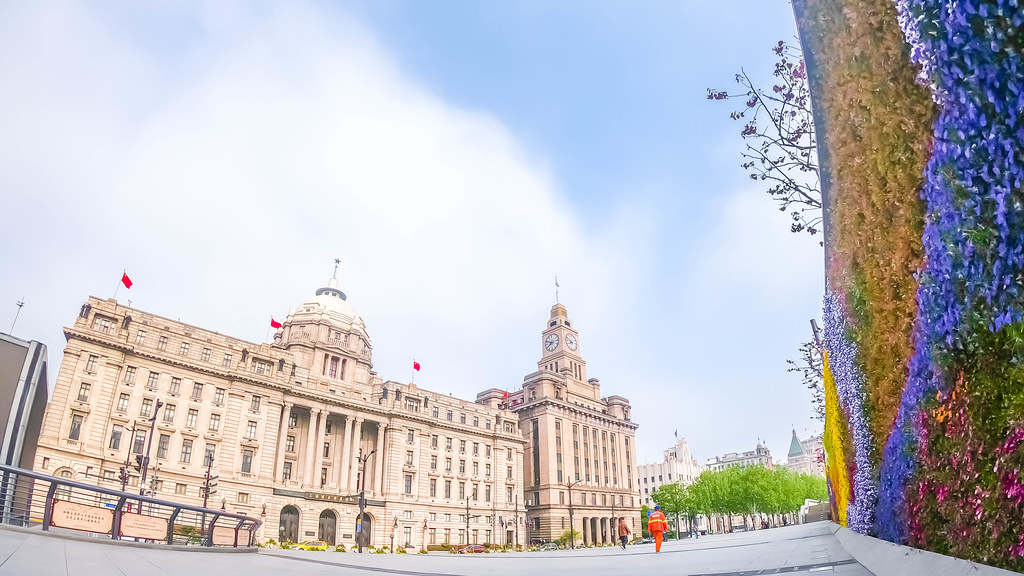 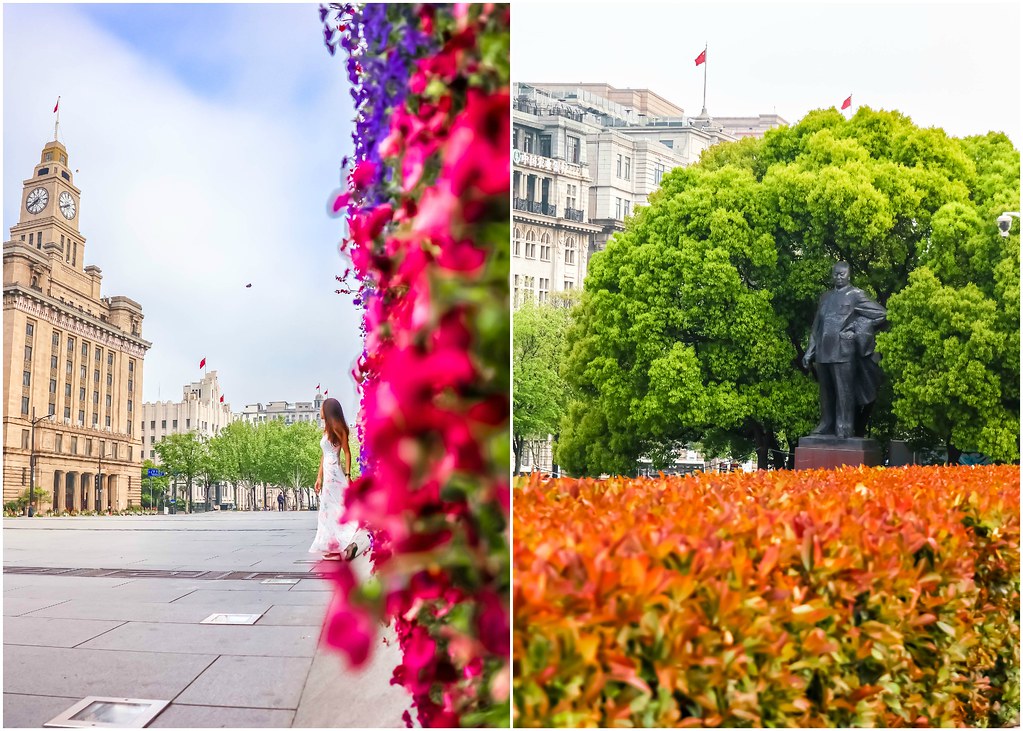 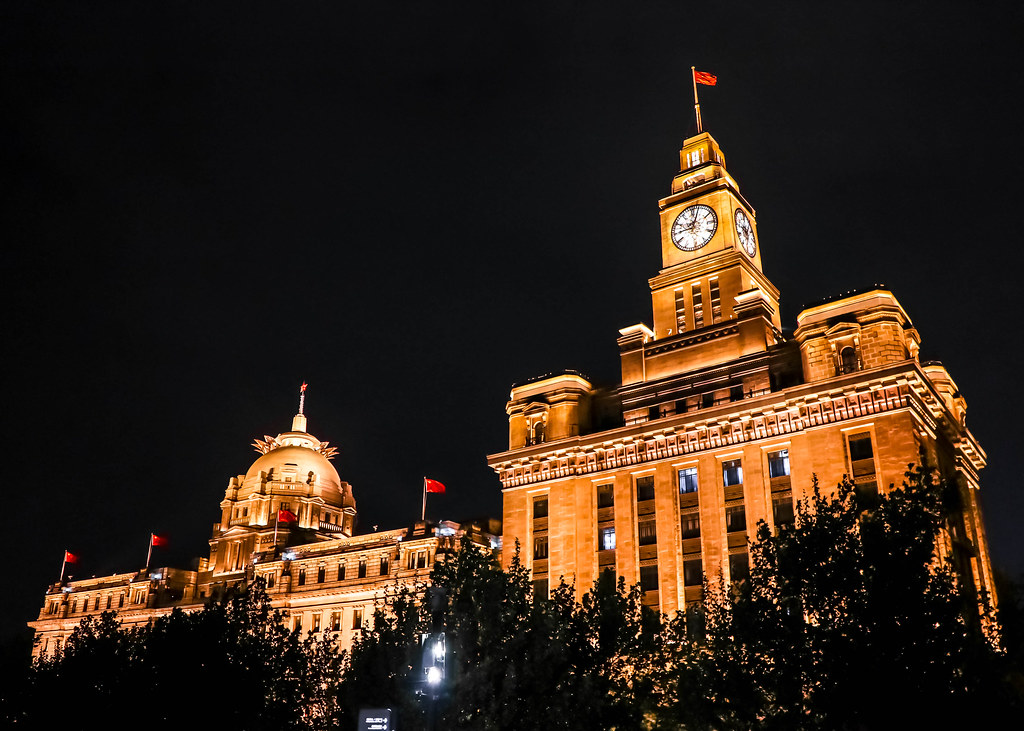 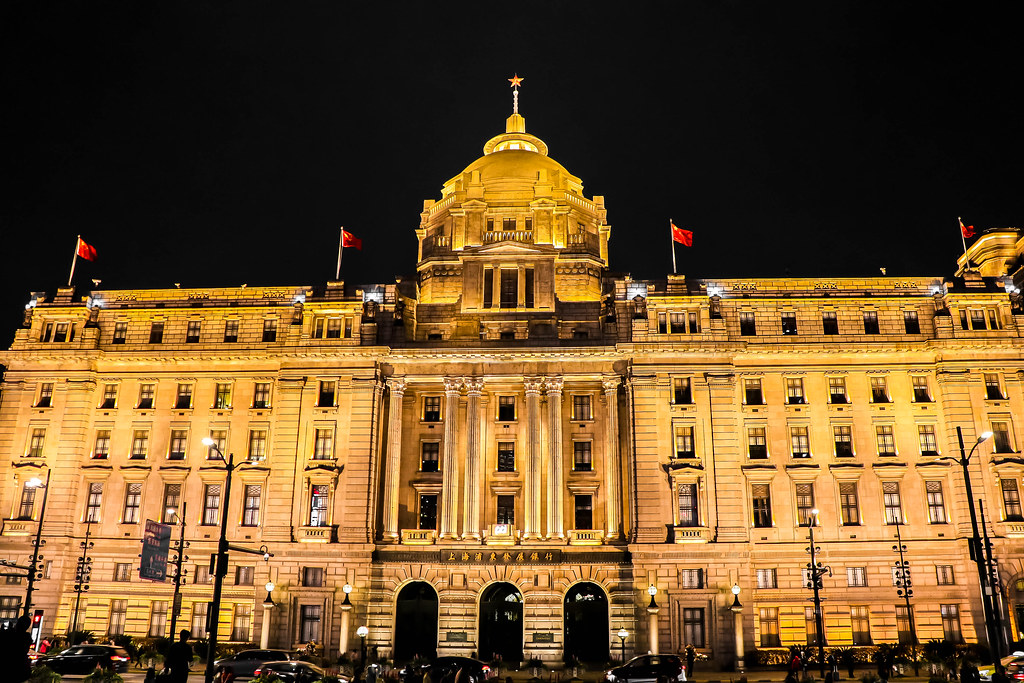 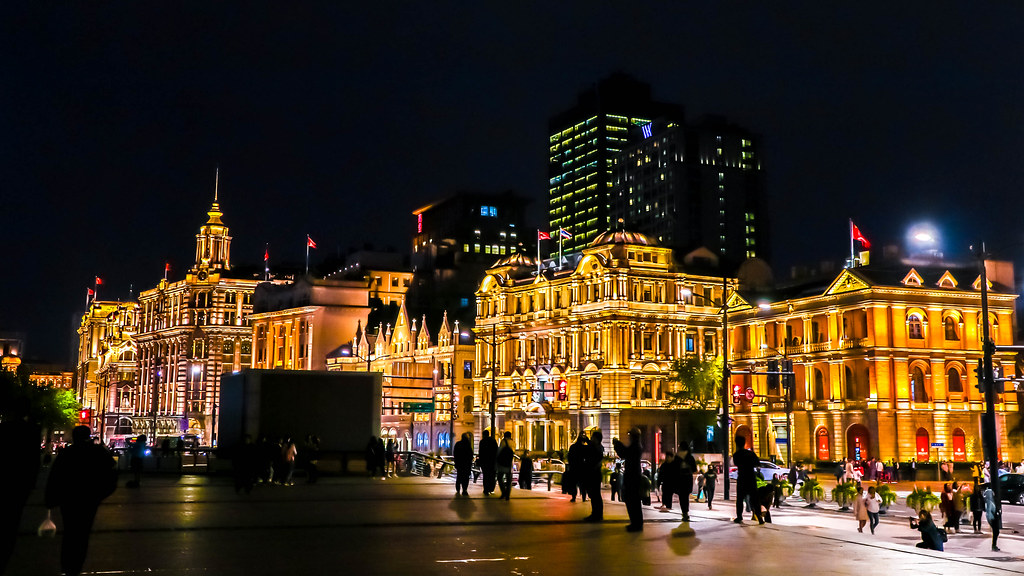 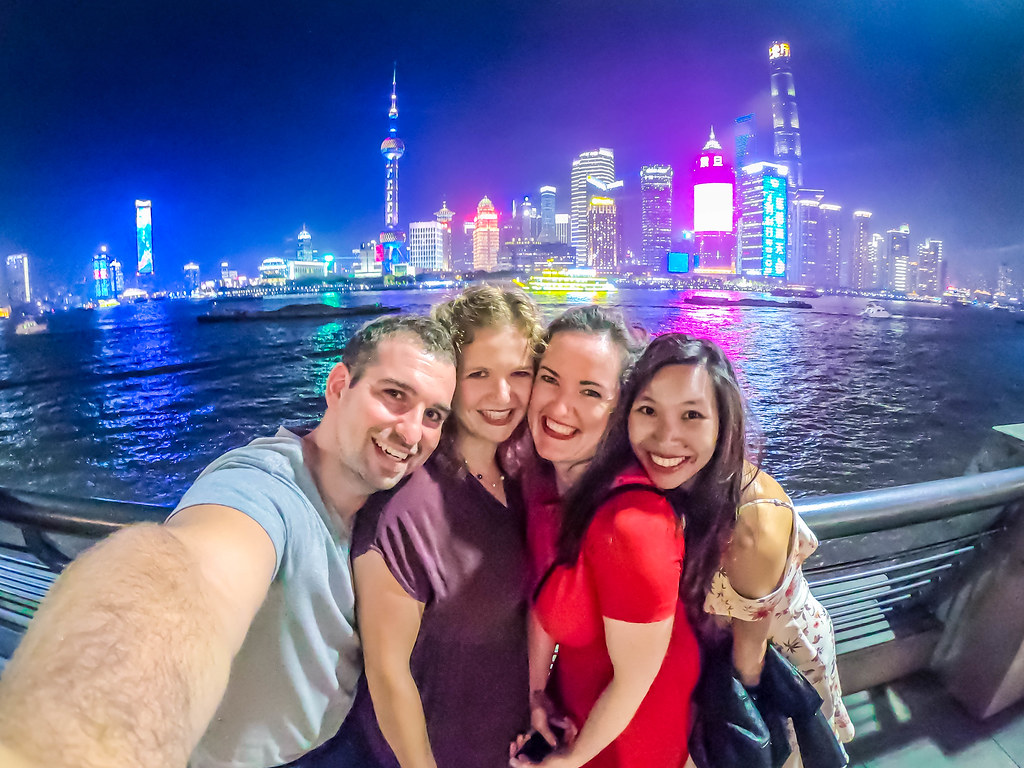 The Bund looks and feels different when you visit during different times of the day. I tried to catch the sunrise early one morning, but the view was fogged. I noticed many people jogging and doing various forms of exercises. During the day, this area is a bustling tourist attraction. However, when night falls and the buildings light up, this place is so romantic and totally made for lovers (well, that’s if you don’t mind the crowd). There are numerous open-air roof-top bars at The Bund where you can get an unblocked view of Shanghai’s night scenery. 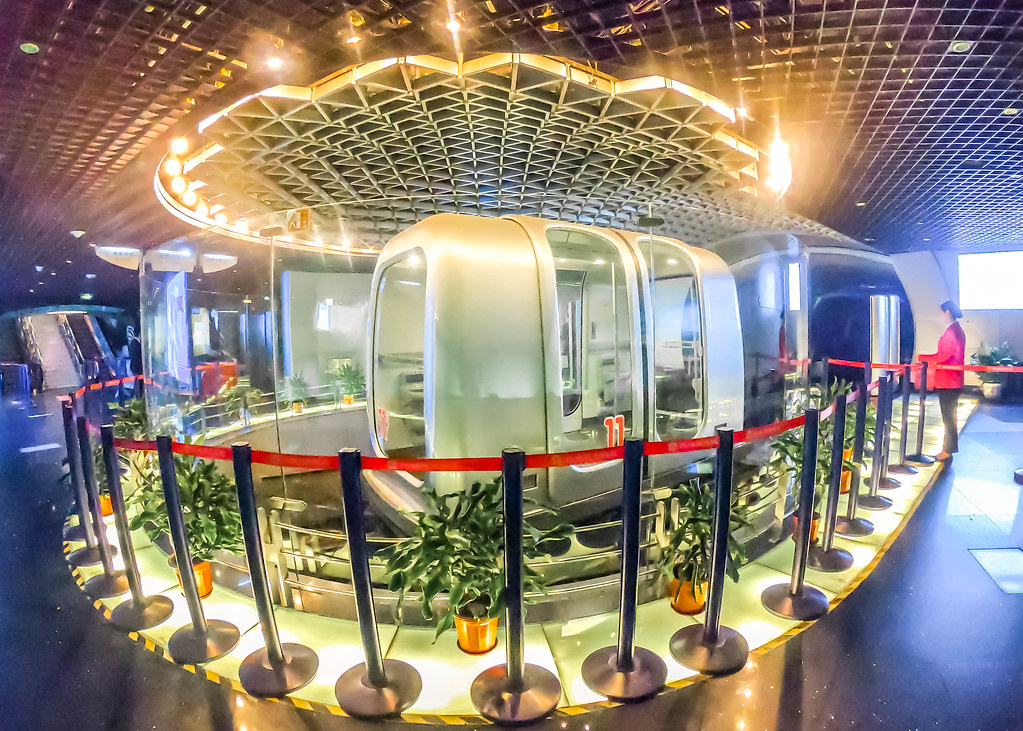 If you’re travelling with children, it’ll be exciting for them to experience the Sightseeing Tunnel. Stretching approximately 650 metres long, the Bund Sightseeing Tunnel is the first visitor tunnel under Huangpu River in China, and connects the Bund to Lujiazui Finance and Trade Zone. The entire ride (one-way) takes less than 5 minutes and you’ll get to view interesting visual effects accompanied by a narrative and sound effects while crossing the river. There is a total of 8 themes throughout the ride, namely the Time Tunnel, the Vortex Tunnel, the Shuttle Tunnel, the Magmatic Ejection Tunnel, a different Shuttle Tunnel, the Deepsea Tunnel, a different Vortex Tunnel and another different Time Tunnel. The entrance to the Bund Sightseeing Tunnels are located north of Chenyi Square on The Bund in Puxi and south of the Oriental Pearl Tower in Pudong.

There are other attractions for children like the Polar Expedition Interactive Museum, the Submarine Adventure and the Magic Fun House, just to name a few. The Bund has fascinating options to keep both the young and old entertained. Your trip to Shanghai will not be complete if you haven’t visited The Bund.

The Bund
Directions: Take Subway Line 2 or Subway Line 10, get off at the East Nanjing Road Station and walk about 15 minutes to The Bund.
Opening Hours: The Bund is open 24 hours daily but the Sightseeing Tunnel is open from 8am to 10.30pm between May and October and 8am to 10pm between November and April.
Admission Fee: No fee is required for visiting The Bund but it costs 50 yuan for a one-way trip and 70 yuan for a round trip for the Sightseeing Tunnel.

There are four wall murals situated at the junctio

Who wants to join me in welcoming midweek with a r

While there are wall murals in Singapore that are

“Street art is nothing else but urban poetry tha

With the current travel restrictions in place due

Instead of going for my usual 10-kilometre run aro