The only reason Xi’an made it into my bucket list was due to the Terracotta Army. Being brought up by Singaporean Chinese parents, I knew quite a lot about China’s history and was very intrigued by the Terracotta Army. I jumped for joy when I finally visited Xi’an after waiting for almost a decade just to see the clay soldiers with my own eyes. The Terracotta Army is commissioned by the First Emperor of China, Qin Shihuang, to protect him in the afterlife. Thousands of armies, of which many have not been uncovered today, are strategically placed in a direction towards his tomb. What’s interesting is that their faces are modelled after Emperor Qin Shihuang’s actual army during those days so you won’t find two of the same! 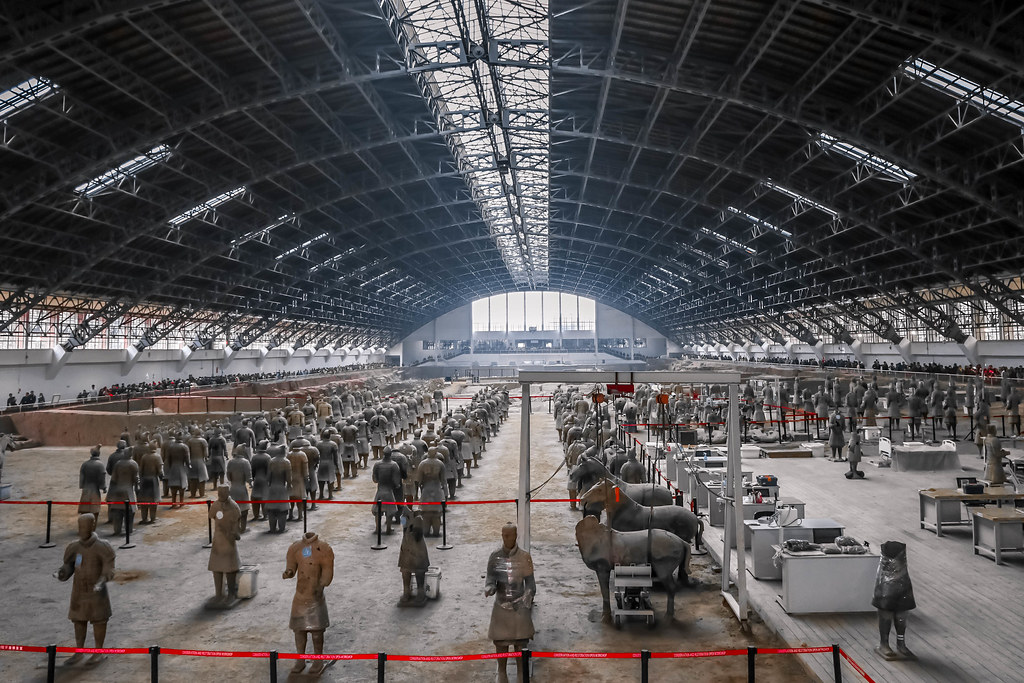 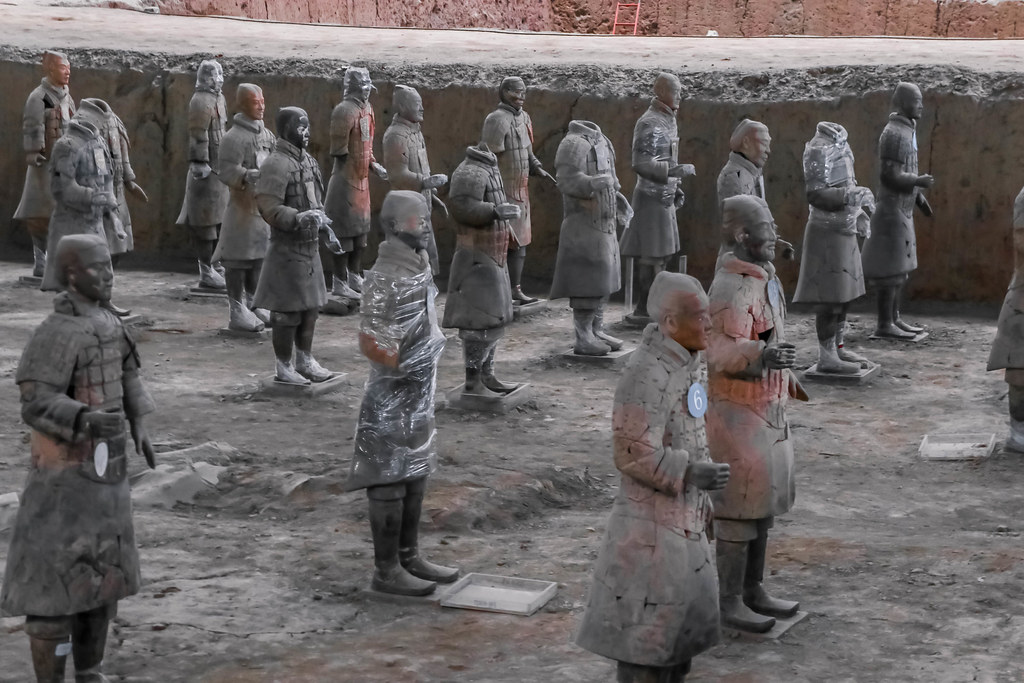 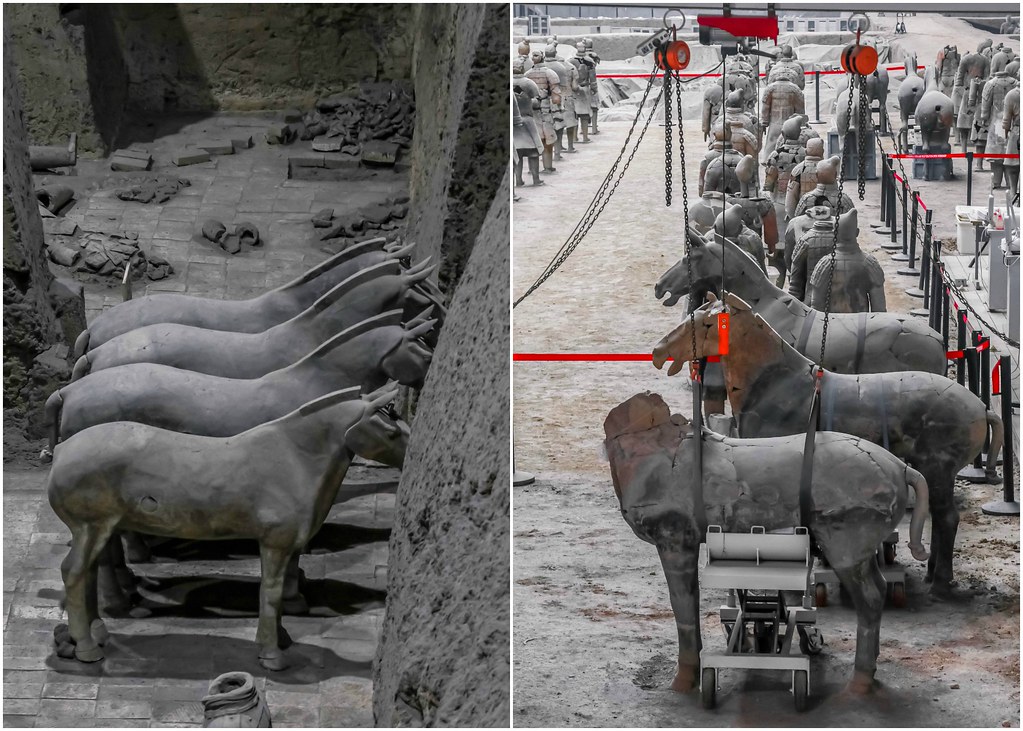 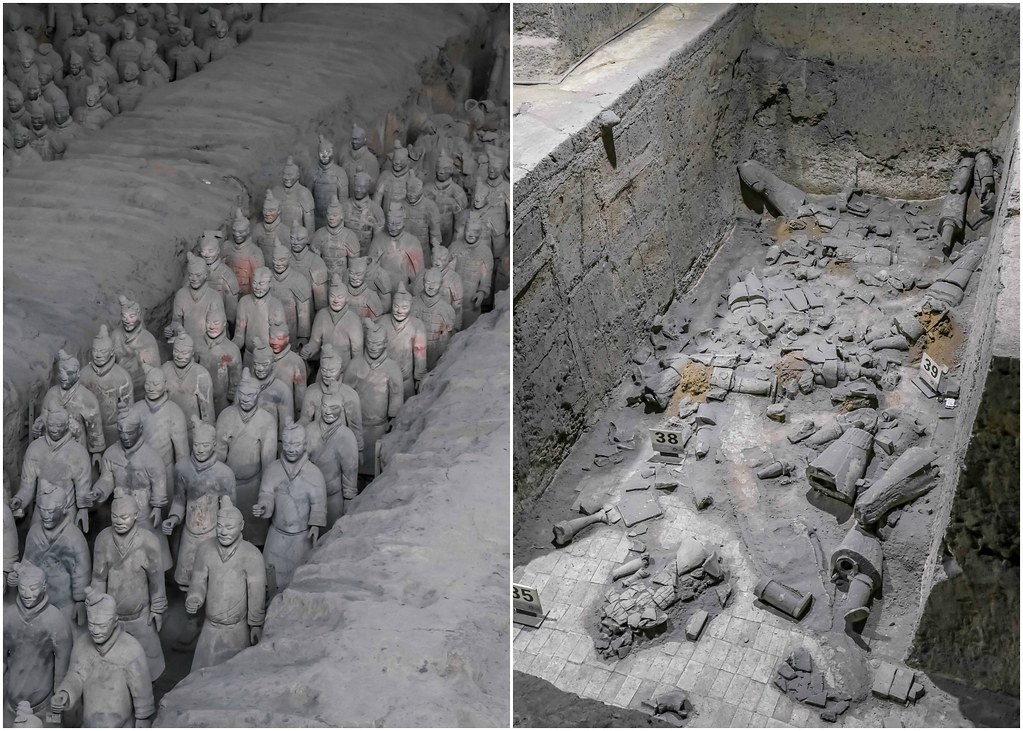 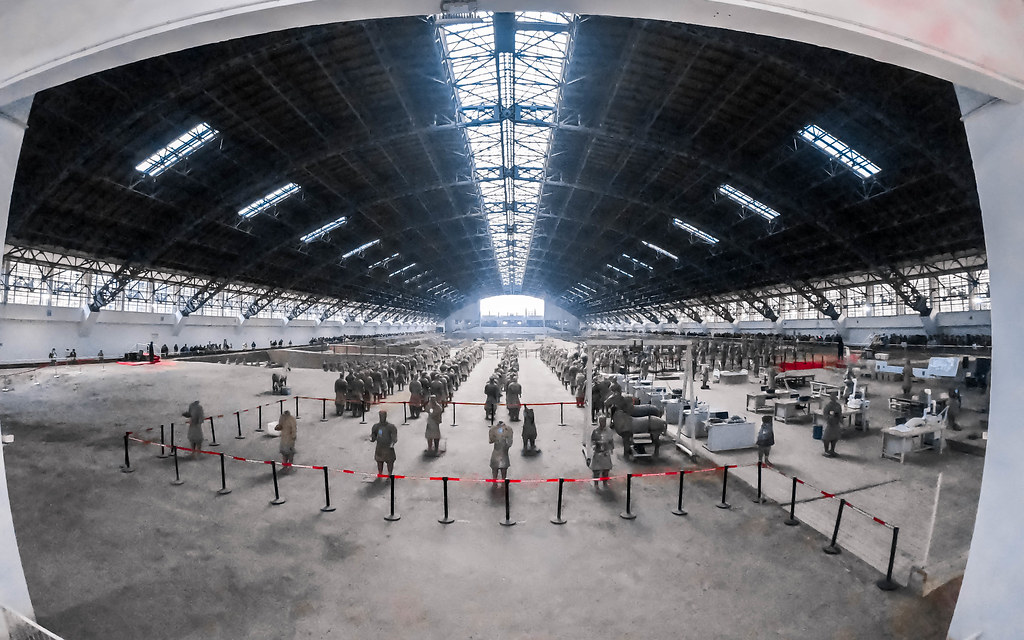 Although Emperor Qin Shihuang’s Mausoleum Site Museum was previously named as the Terracotta Army Museum, many visitors still call the place by its former name today. It is a large on-site museum made up of two parts – the Terracotta Army exhibition area and the First Emperor’s Mausoleum Site Park. The exhibition section is the burial place for the Terracotta warriors who are supposed to guard the mausoleum while the site park contains the tomb mound where the First Emperor is buried and also some other sites.

Until now, more than 300 satellite tombs, burial pits and remains of buildings have been found around the mound. For example, the Bronze Chariots and Horses, the Stable Pit, the stone helmets and amour, the bronze water birds, and the massive tombs are just some of the treasures unearthed from the area. From the relics, you will see a real representation of the First Emperor’s palace from 2,200 years ago.

The museum not only preserves and displays numerous archaeological findings but also shoulders the responsibility of excavation and research that allow the museum to function as a welcoming destination for visitors. It is ranked as a “5A” tourist destination, meaning it is one of the best museums and national archaeological site parks in China. So far, it has attracted more than 60 million tourists from around the world, including over 200 world leaders. 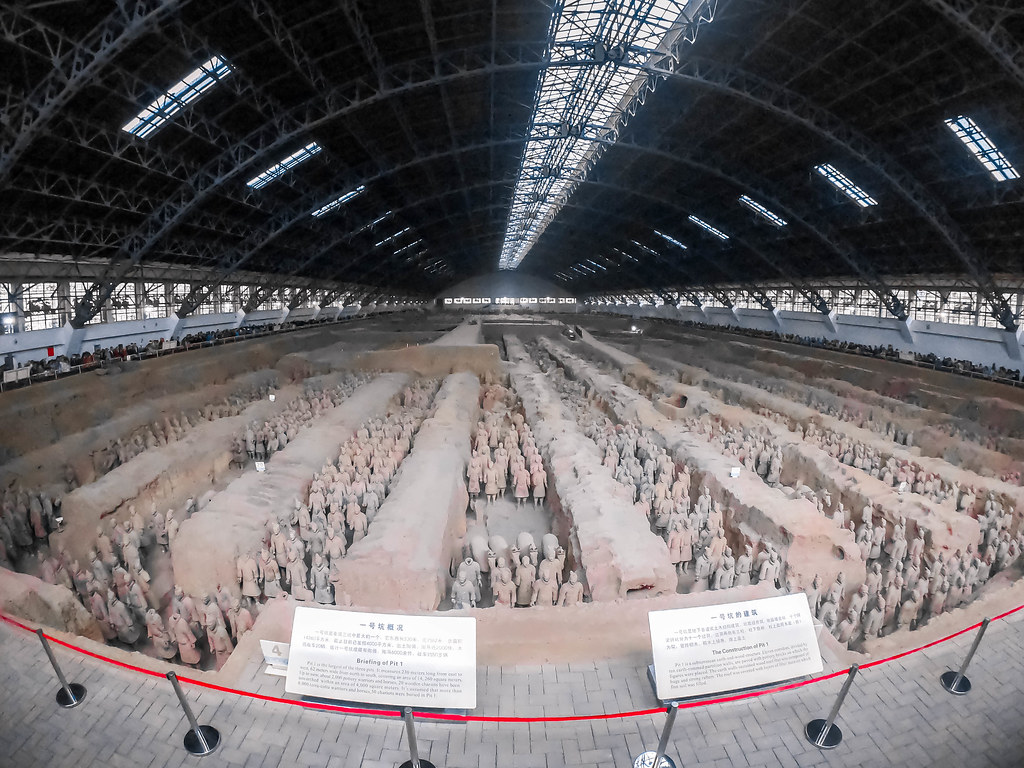 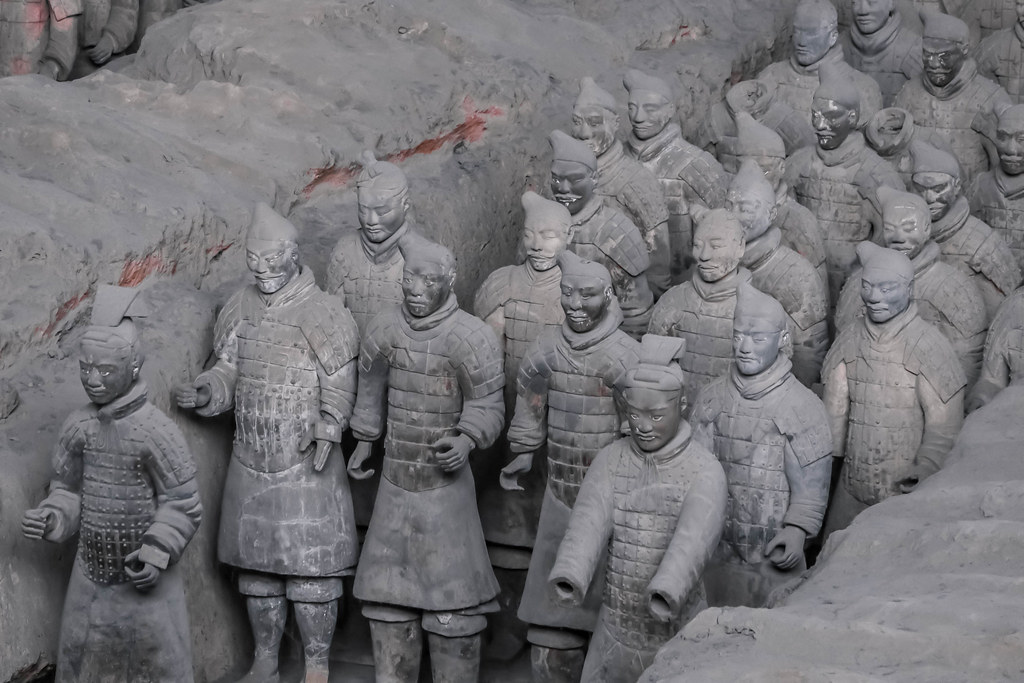 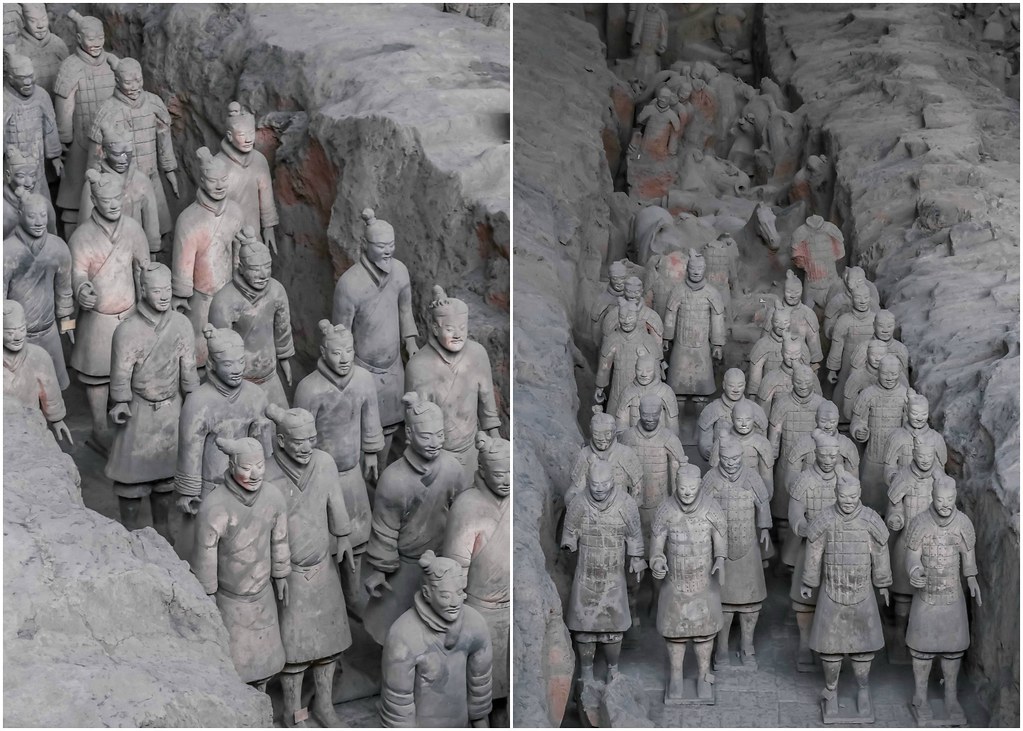 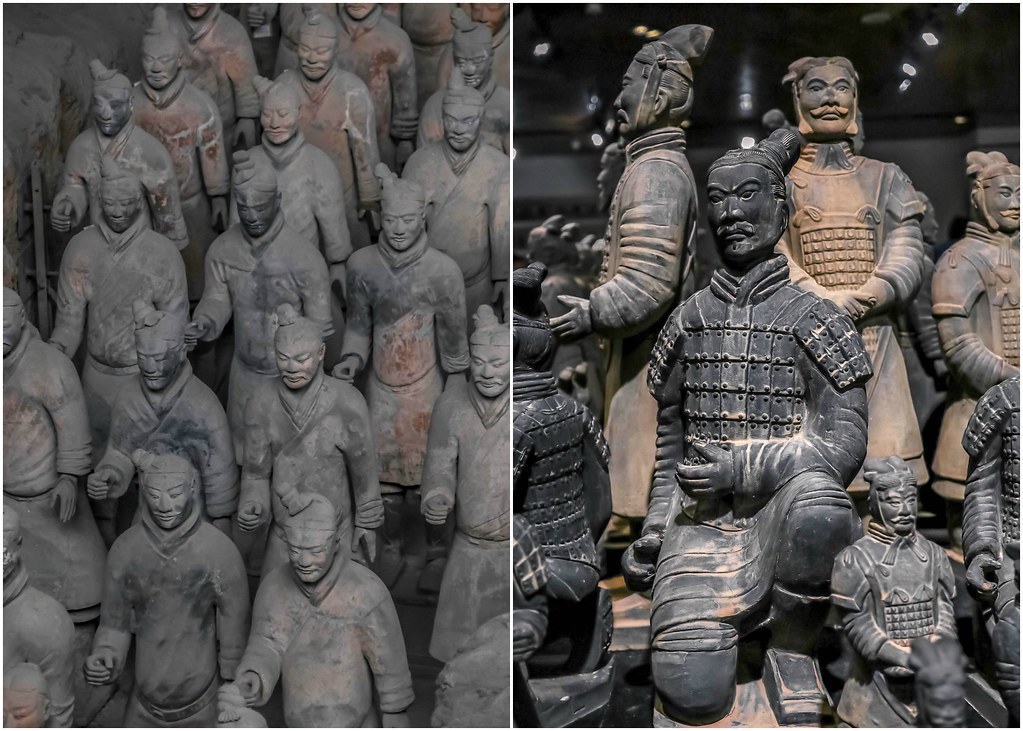 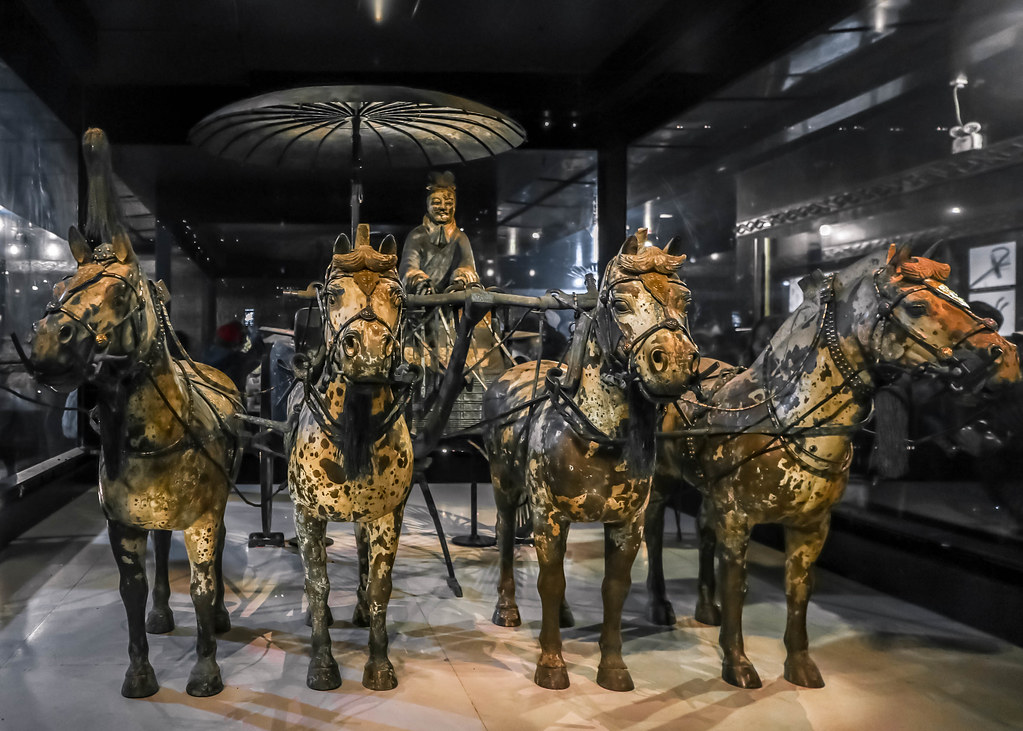 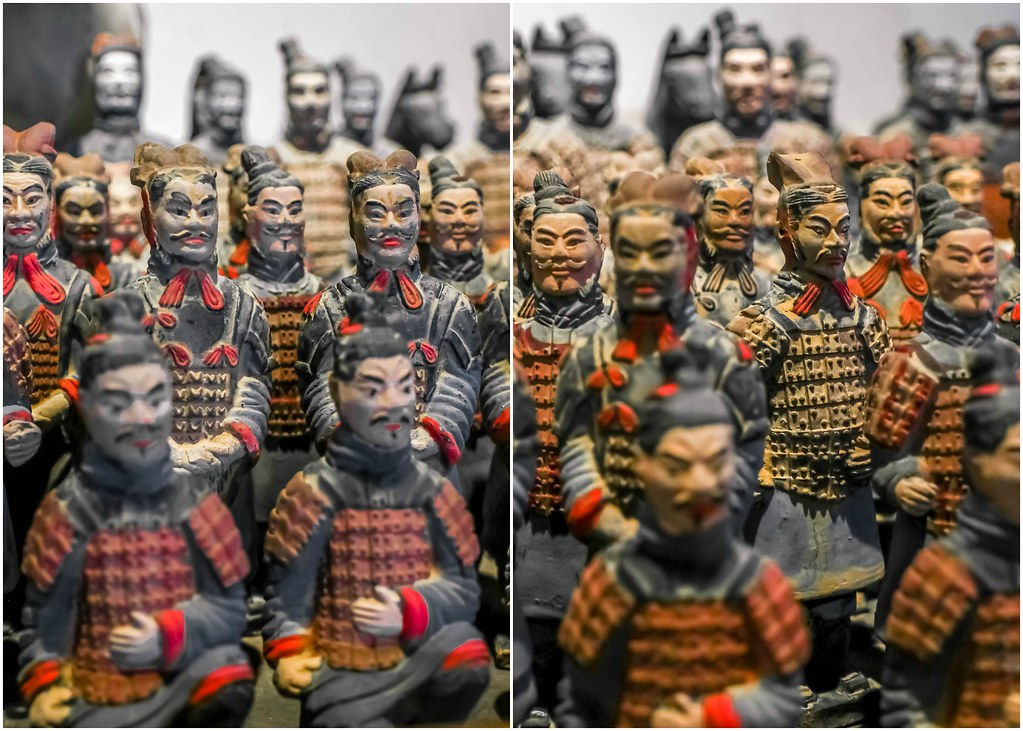 This exhibition area is made up of three pits containing the Terracotta Army and an exhibition hall that features the Bronze Chariots and Horses. The three Terracotta Pits cover a total area of 20,000 square metres and contain nearly 8,000 life-sized Terracotta figures, hundreds of chariots and over 100,000 pieces of bronze weapons when fully excavated. Besides the pits, there are two sets of large painted Bronze Chariots and Horses displayed in the exhibition hall, which were intended for the First Emperor’s soul to go on his inspection of the country in the afterlife. They are known as the “Crown of the Bronze Works” because they are the biggest and most complex bronze chariots with complete driving systems ever excavated before in the archaeological history of China.

Known in history as Lishan Park, the First Emperor’s Mausoleum Site Park covers an area of 2.26 square kilometres and is located about 1.5 kilometres west of the Terracotta Army. It is the biggest mausoleum in China and contains the richest collection of burial objects ever recorded in Chinese history. There is no doubt that Lishan Park is a valuable quintessence of mausoleum in Qin dynasty. It reflects the culture of a generation. All the ancient cultural relics and archaeological findings provide us with important material data and information on ancient politics, economics, military, culture, art and technology.

In 1987, the First Emperor’s Mausoleum, including the Terracotta Army, were inscribed on the World Heritage List. Currently, the main attractions in the area are the grand tomb and two burial pits.

Transportation between the Terracotta Army exhibition area and Lishan Park

Besides paying for audio guides, do note that you can also hire English-speaking guides at the Ticket Office. I prefer the latter because I was able to ask questions and the guide was super knowledgeable and informative while she brought me through the exhibitions.

Emperor Qin Shihuang’s Mausoleum Site Museum in Xi’an is definitely worth a visit and I highly recommend hiring an English-speaking guide to make the best out of your trip.

Ps. Besides including information that the guide has told me in this article, I also pulled out content from the brochure.

Emperor Qin Shihuang’s Mausoleum Site Museum
Directions: Take 306, 914 or 915 bus from the eastern square of Xi’an Railway Station.
Opening Hours: March to November 8.30am to 5pm || December to February 8.30am to 4.30pm
Admission Fee: March to November 150RMB || December to February 120RMB || Please note that during the entire visit, the ticket will be checked three times. Please keep your ticket while at the museum.
Website: http://www.bmy.com.cn