7 Beautiful Places to Visit in Sapa

Situated near the Chinese border, Sapa is a small mountain town in Lao Cai Province which boasts Mount Fansipan, Vietnam’s highest peak. Sapa is home to different ethnic minority groups, with the Black H’mong being the most popular group among tourists. Jayden and I took the sleeper bus from Hanoi to Sapa, and it took approximately 6 hours with a break at a rest-stop for about 30 minutes. Here’s a list of 7 awe-inspiring attractions you can consider visiting when in Sapa. 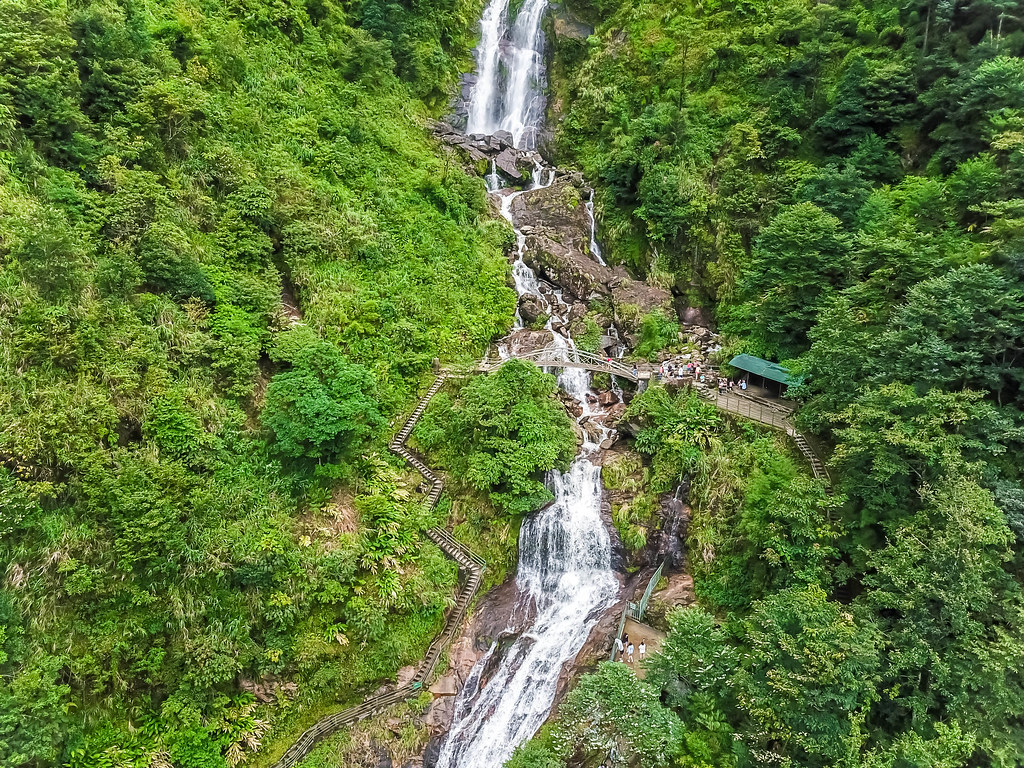 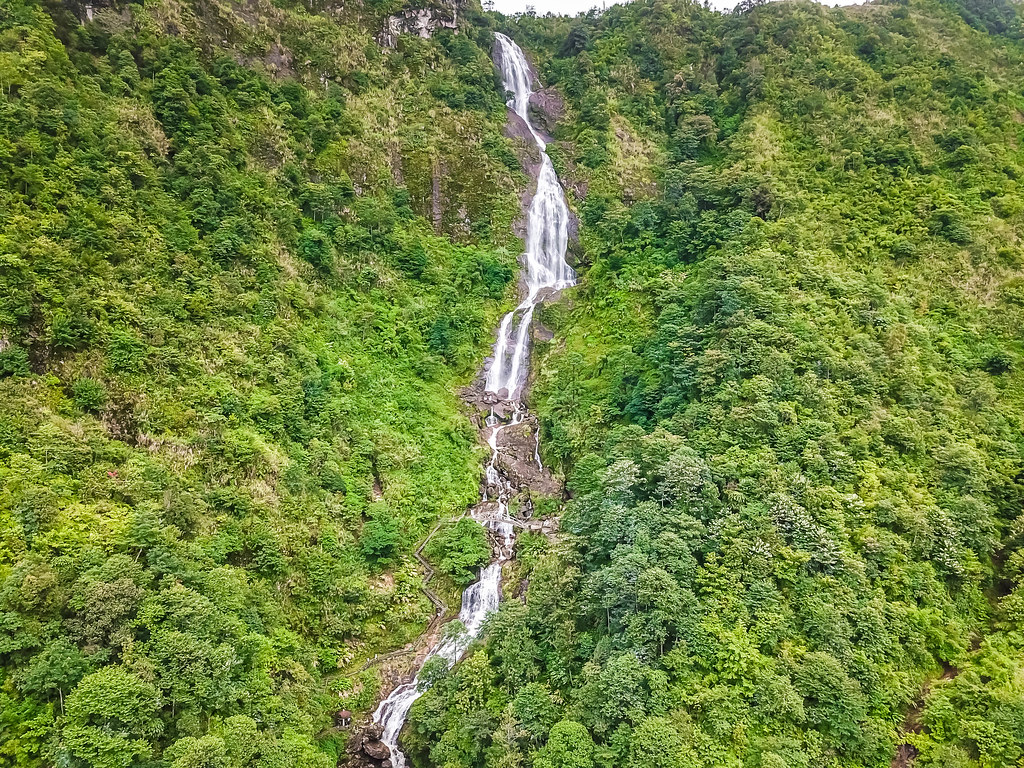 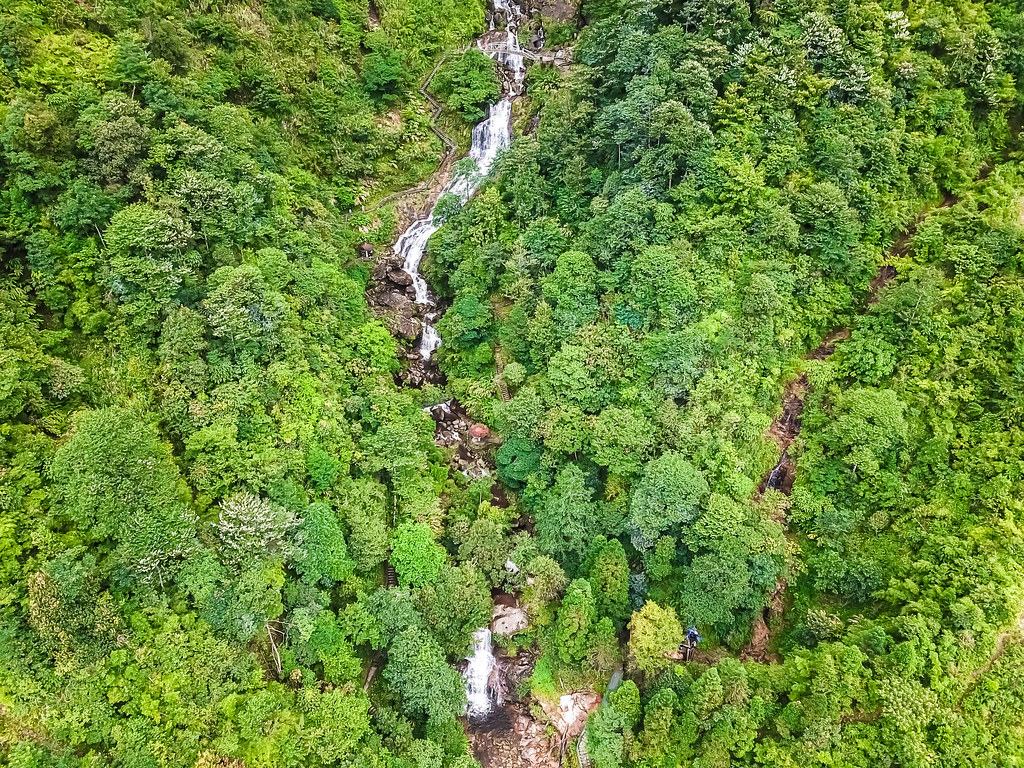 To be honest, Jayden and I did not climb all the way up to view the 200 metres high Silver Waterfall because we felt that we had already exercised enough when hiking to the Love Waterfall. We flew the drone instead, and managed to capture amazing footages of the Silver Waterfall which rushes down from the peak of the Lo Sui Tong Mountain. I’ll just let the video do the talking. 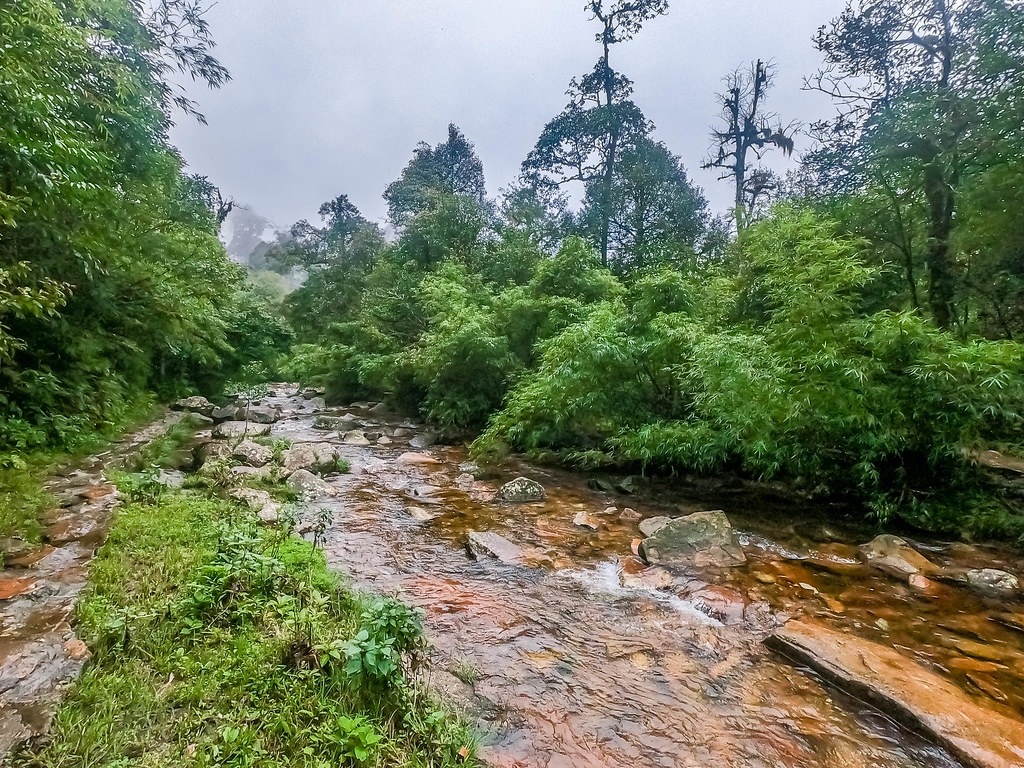 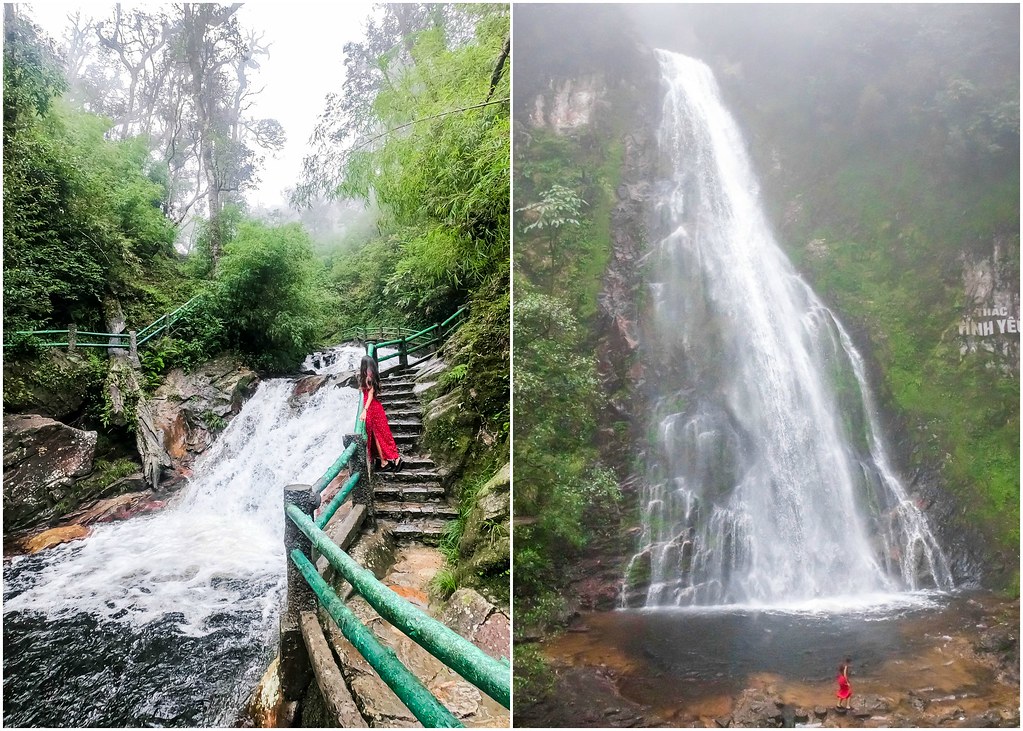 The Love Waterfall has a height of around 100 metres and begins from the peak of Fansipan Mountain, gushing noisily into the Gold Stream. As we started the hike to the waterfall very early, we were able to get the entire waterfall to ourselves for awhile. I recommend visiting the Love Waterfall in the morning as the air is crisp and fresh, and it felt very cooling to walk through the forest before arriving at the majestic waterfall. 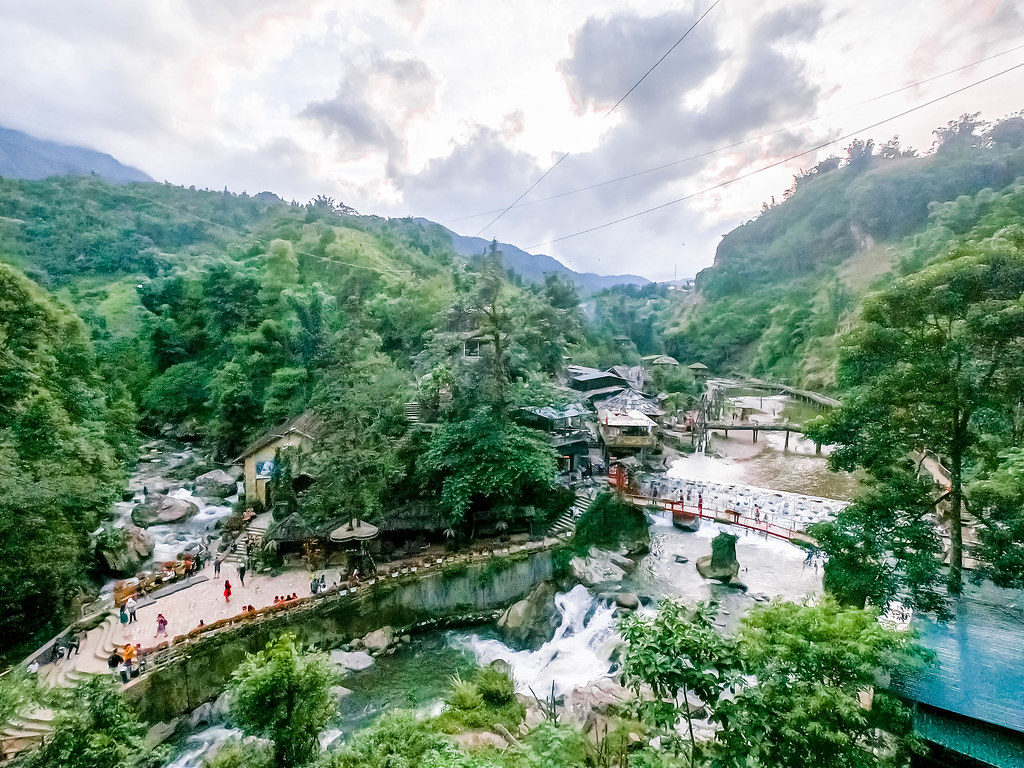 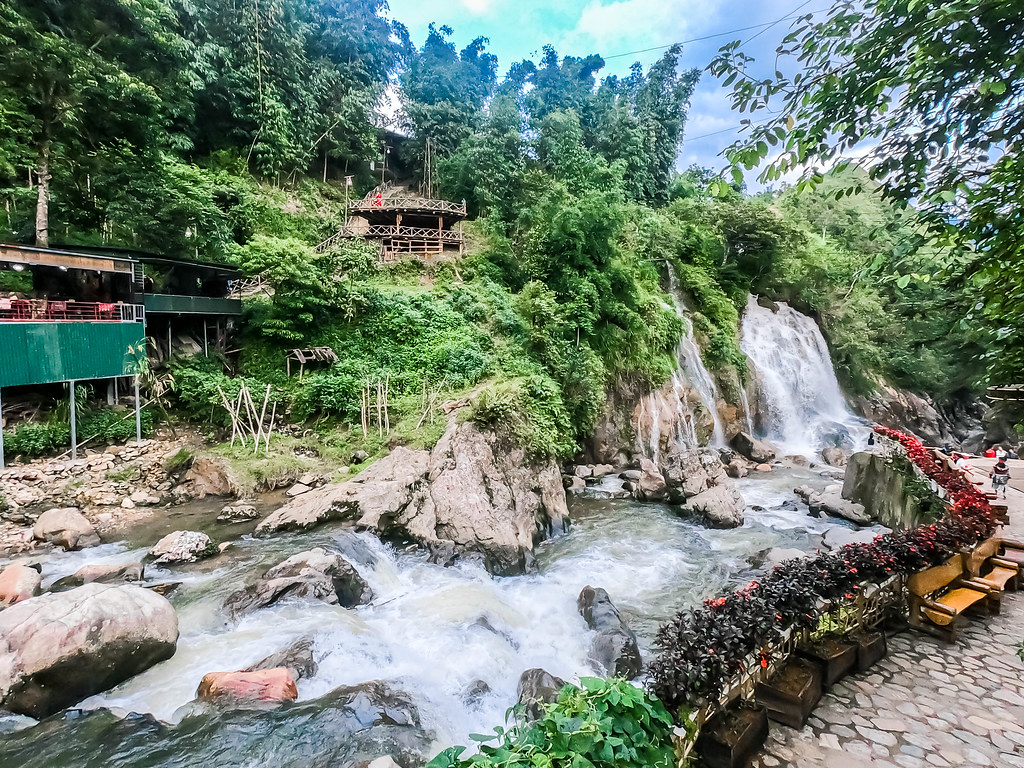 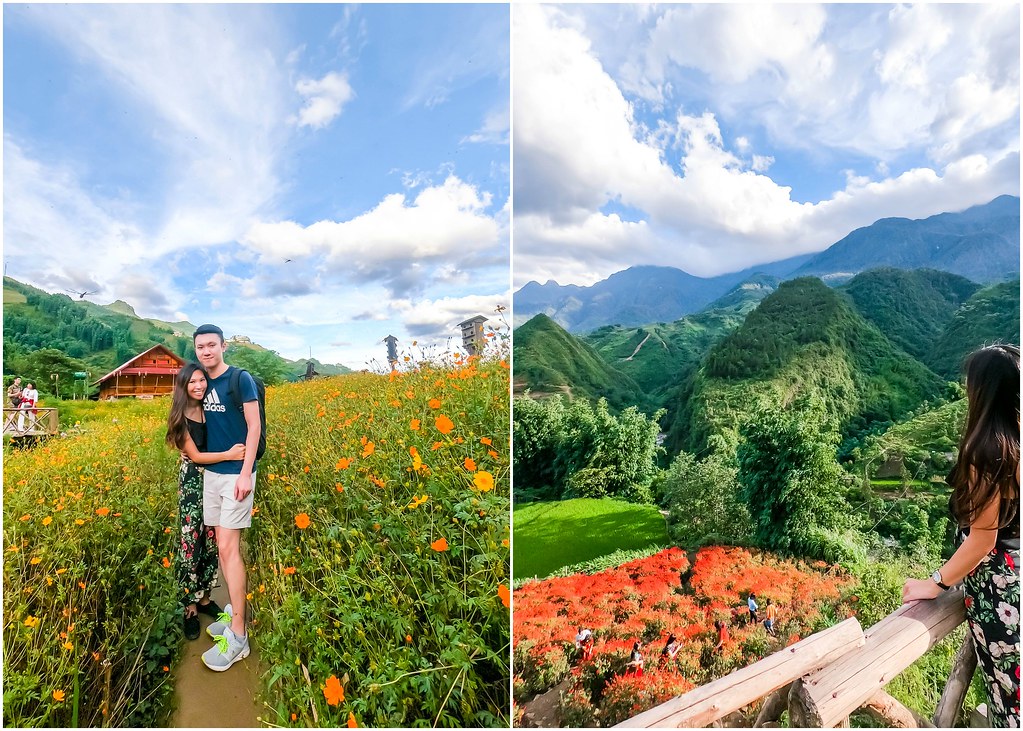 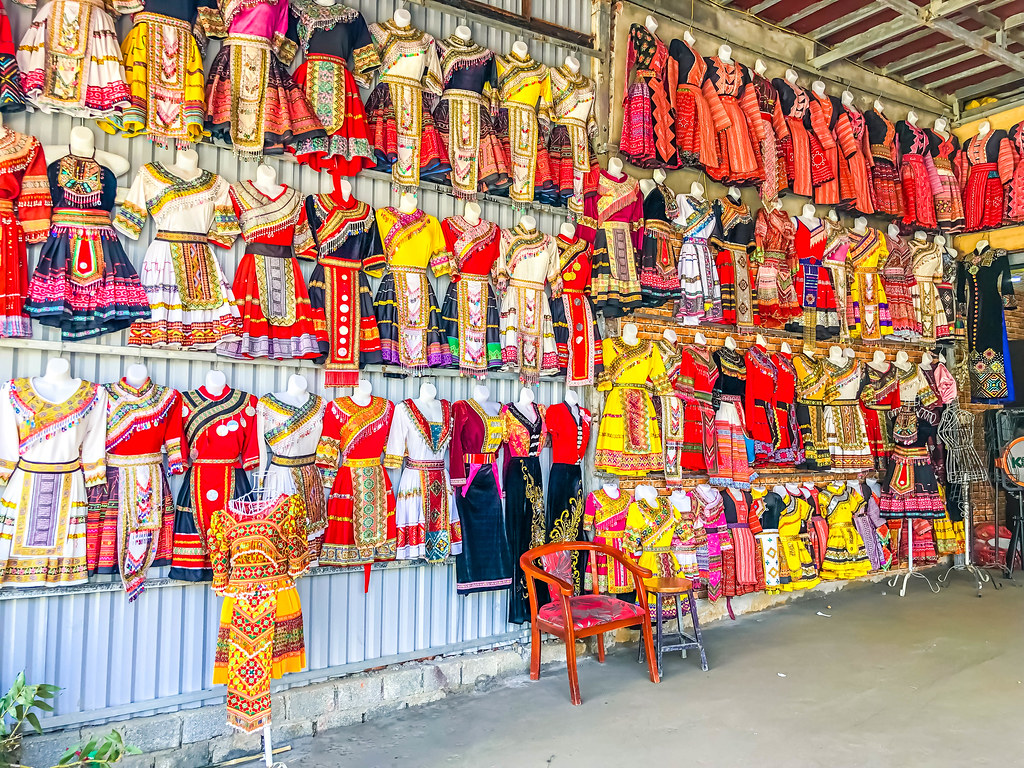 Nestled at the bottom of Muong Hoa Valley, the Cat Cat Village provides tourists with a chance to explore the life of the Black H’mong ethnic minority. Inside the Cat Cat Village, you’ll get to watch a music and dance performance by the Black H’mong ethnic minority, see H’mong traditional houses, and shop for handmade crafts and local delicacies. You’ll also get to experience the beauty of rice terraces, waterfalls, flower gardens, and come across a hydroelectric plant which was built by the French in 1925, and has been functioning since then.

Cat Cat Village
It takes around 45 minutes to an hour to trek from Sapa city centre to the Cat Cat Village, depending on your speed.
Opening Hours: Daily 6am to 6pm.
Admission Fee: 70,000 vnd (adult) and 30,000 vnd (child) 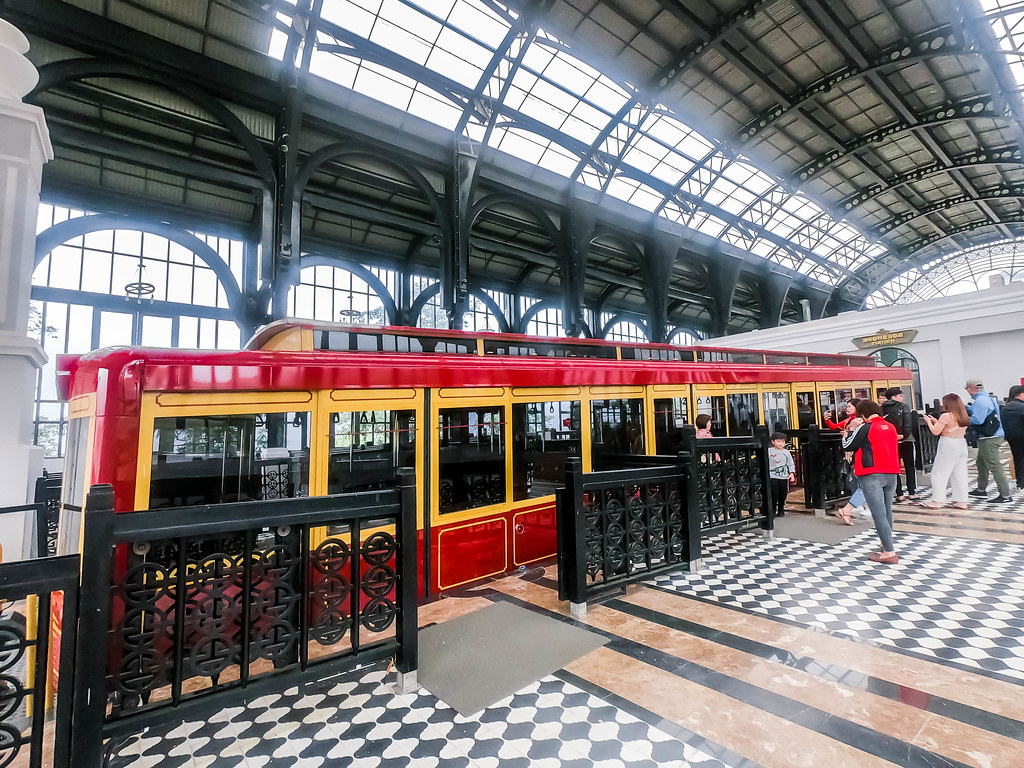 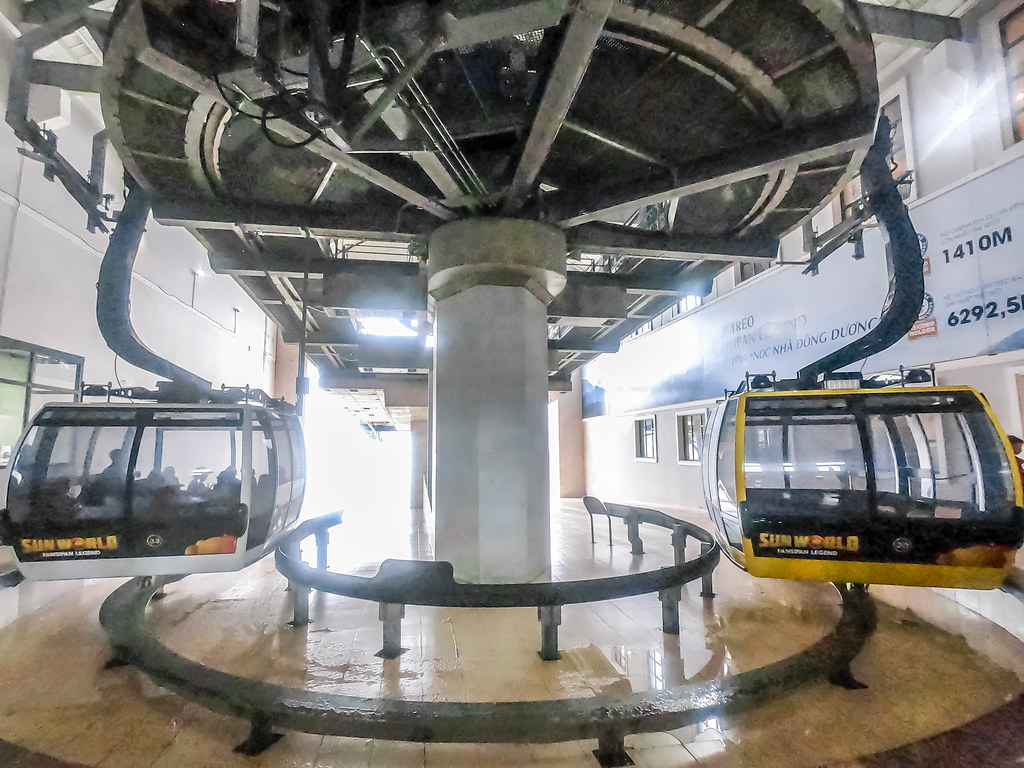 Bordered by Lao Cai and Lai Chau provinces in the Northwest region of Vietnam, Fansipan peak in the Hoang Lien Son mountain range is dubbed “the roof of Indochina” with the height of 3,143 metres. It is believed to be a meeting place of the Sun and the Earth, where the sacredness converges. Unfortunately for Jayden and I, we managed to take the trams and cable cars to the different checkpoints, but due to the extremely heavy rain, we did not make it to the peak of Mount Fansipan. On a clear day, you’ll be able to explore the Kim Son Bao Thang Tu-Thuong pagoda, the Grand Buddha Statue, the 9-floor Waterfall, the Guan Yin Statue, and many other attractions atop Mount Fansipan. 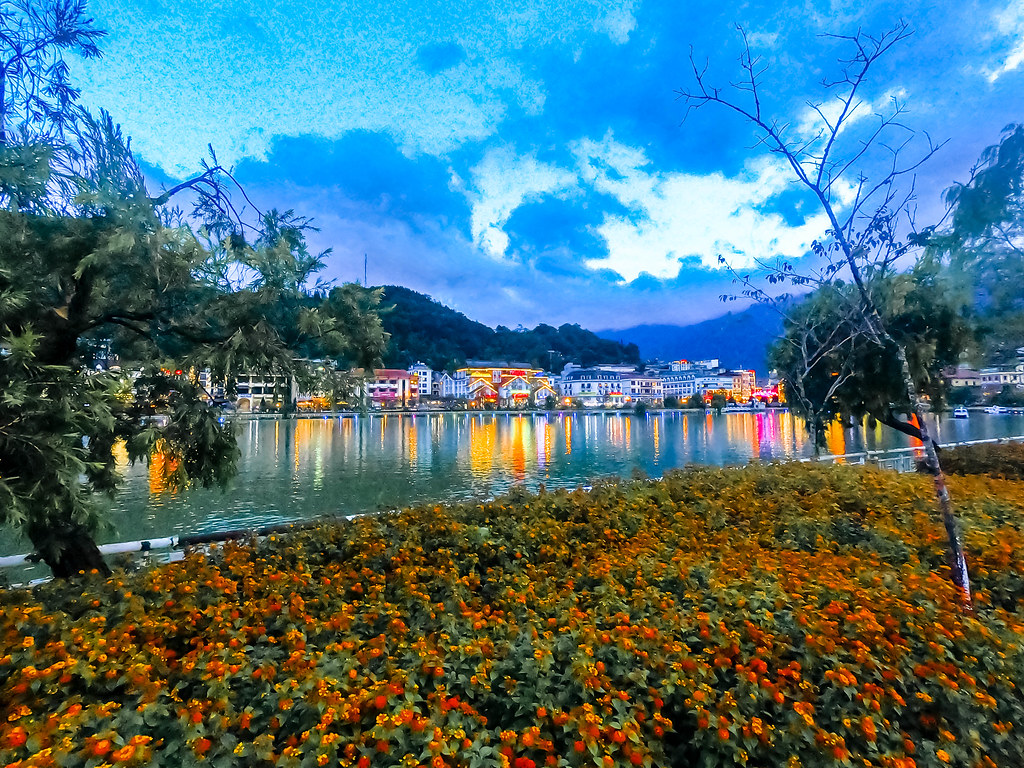 Someone once told me that the evening/night view of Sapa Lake resembles that of Austria’s Lake Hallstatt. I’m sorry, but you’ve exaggerated quite a fair bit. Although Sapa Lake is not as picturesque as Lake Hallstatt, it did exude a European vibe from certain perspectives. It felt slightly dreamy and romantic since I was strolling alongside Jayden on that particular evening. You will not miss out on the lake as it is smacked right in the heart of Sapa’s city centre. 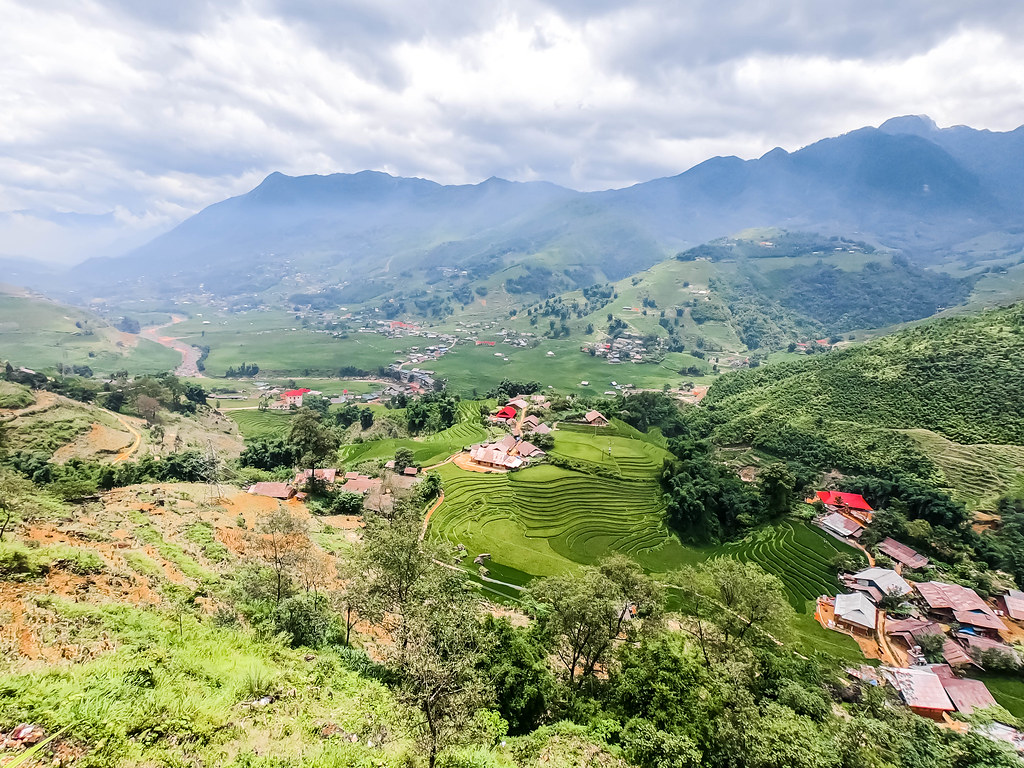 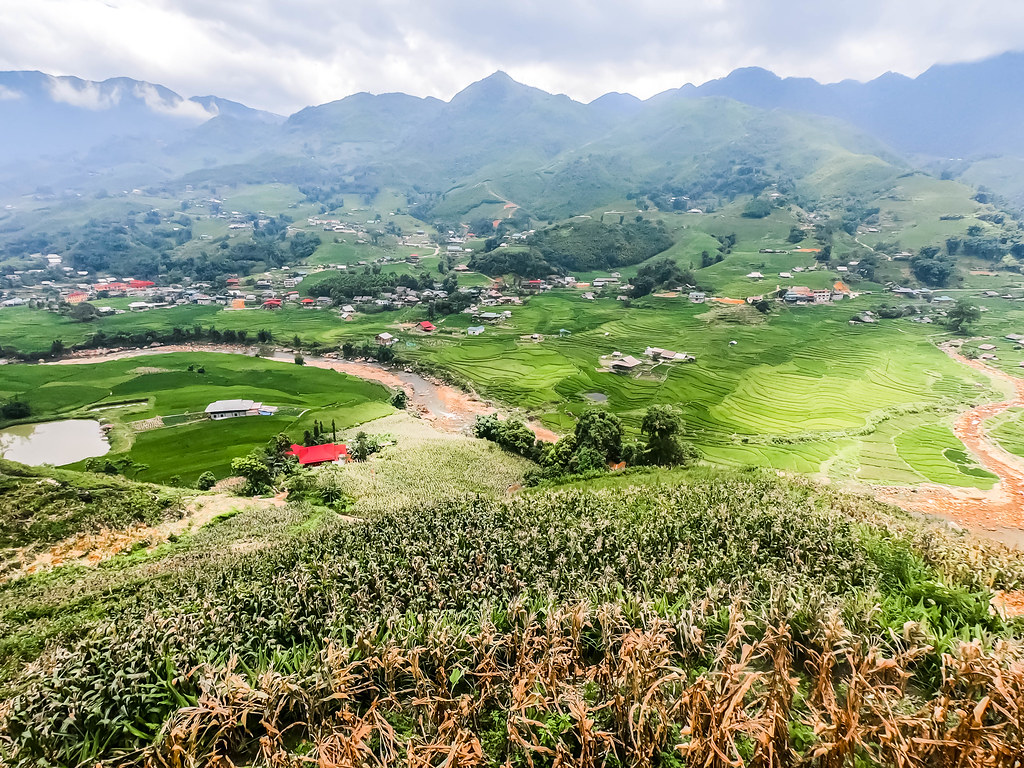 Apart from the Cat Cat Village, Lao Chai Village is another settlement where the Black H’mong people can be found. While driving down to the village, we passed by many viewing platforms, and our driver obligingly stopped the car just for us to go down to snap pictures. Backed by the rolling hills and facing the river with a view of the vast rice terraces, the scene looks exactly like a painting come to life.

It usually costs 50,000 vnd per adult and 20,000 vnd per child to enter Lao Chai Village, but it is open 24 hours, so if you go very early or late at night, you might be able to avoid paying the entrance fee (though you’ll risk seeing nothing at those ungodly hours).

The Tram Ton Pass is Vietnam’s highest pathway with an observation deck that opens out to the view of its neighbouring Mount Fansipan. The Tram Ton Pass observation deck was our initial planned first stop, but due to the heavy fog, we couldn’t see anything. I do not have any pictures to share, but if you check out this place on Instagram or Pinterest, you’ll understand why I say it’s definitely worth a visit.

Sapa is just a small town, so I suggest spending around 3 days (maximum 4 days) to explore the area before you return to Hanoi, or visit other cities and towns in Vietnam.