Planning for a gathering with friends and family? You can steer clear of highly populated hot spots in Singapore city, and head to one of our country’s forgotten island, Pulau Ubin. This island is often considered the last ‘kampung’ (village) in Singapore. Exploring the island gives you a glimpse into a Singaporean’s life in the 1960’s. The island’s major draws are Chek Jawa Wetlands and Puaka Hill. I will share my experiences in 2 articles, so let’s begin with Chek Jawa Wetlands.

From Singapore to Pulau Ubin 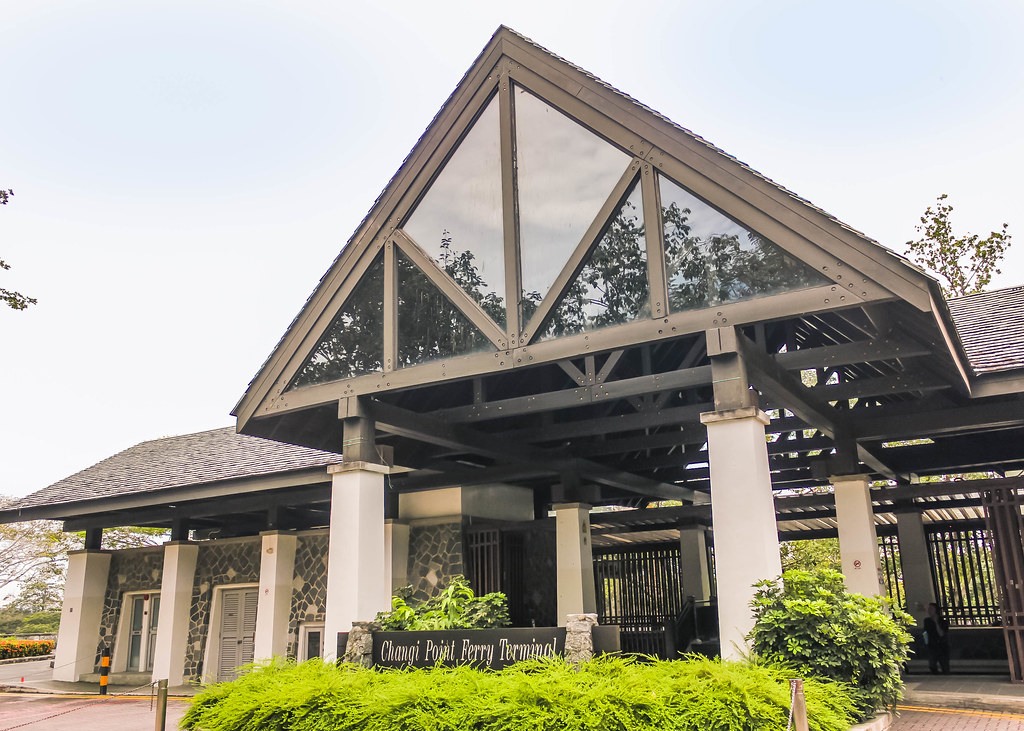 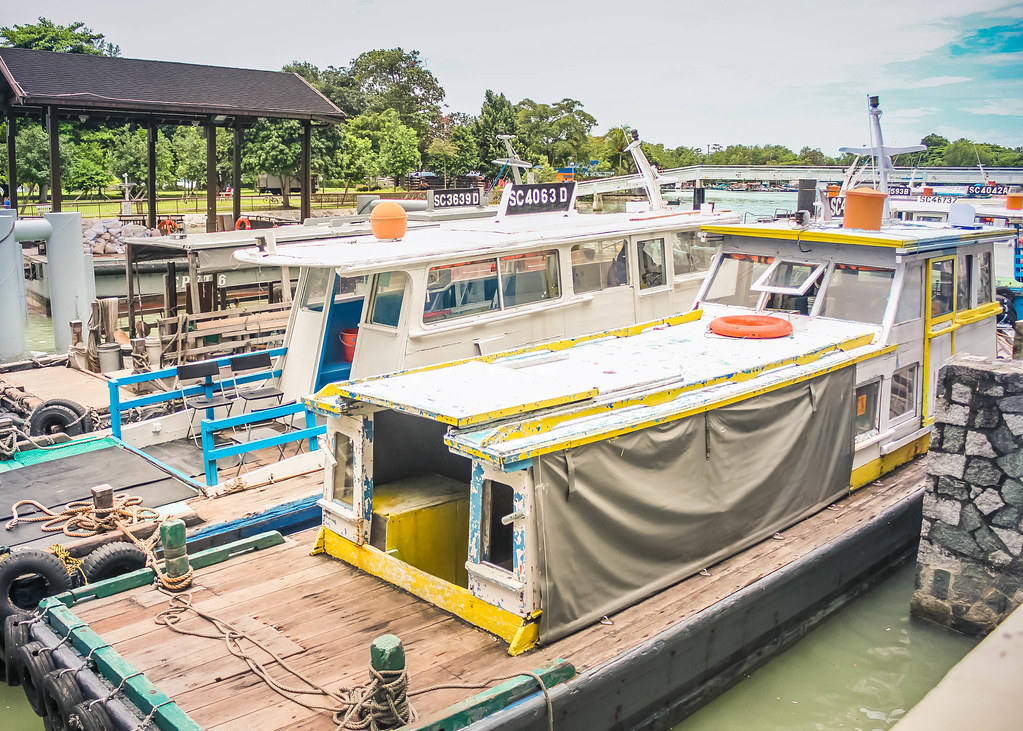 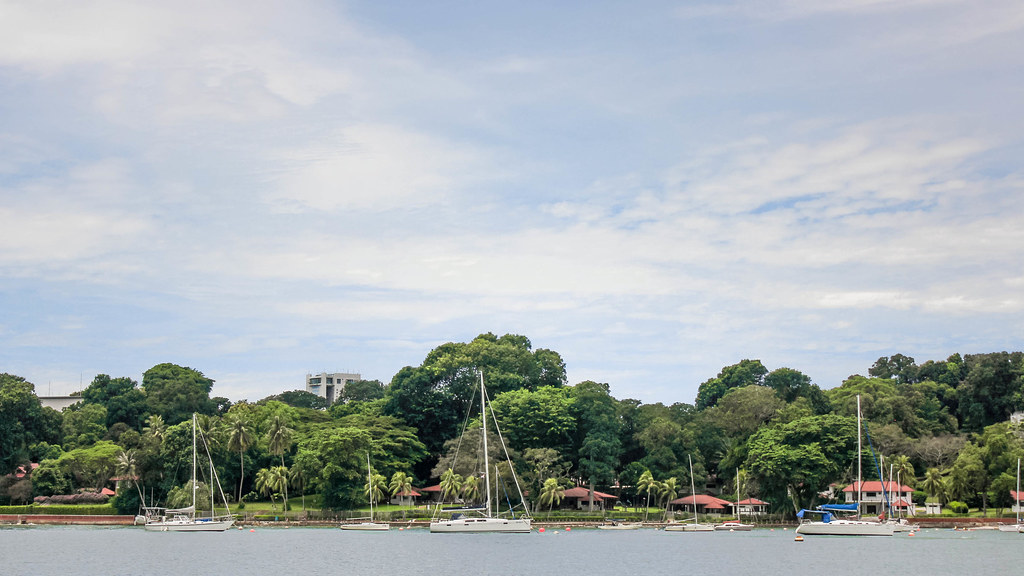 Take a bumboat from Changi Point Ferry Terminal, which is near the Changi Village Hawker Centre. One-way ticket costs $3 per person, with an additional $2 per bicycle. There are no fixed departure times. A boat will leave when there are 12 persons to fill it up. If there are less than 12 persons, the bumboat operators will wait until enough people turn up. Or, you can pay $36 and leave straight away. Bumboat operators run from sunrise to sunset. If you are planning to take trips outside daylight hours, it is better to make special arrangements with a bumboat operator.

Getting Around in Pulau Ubin 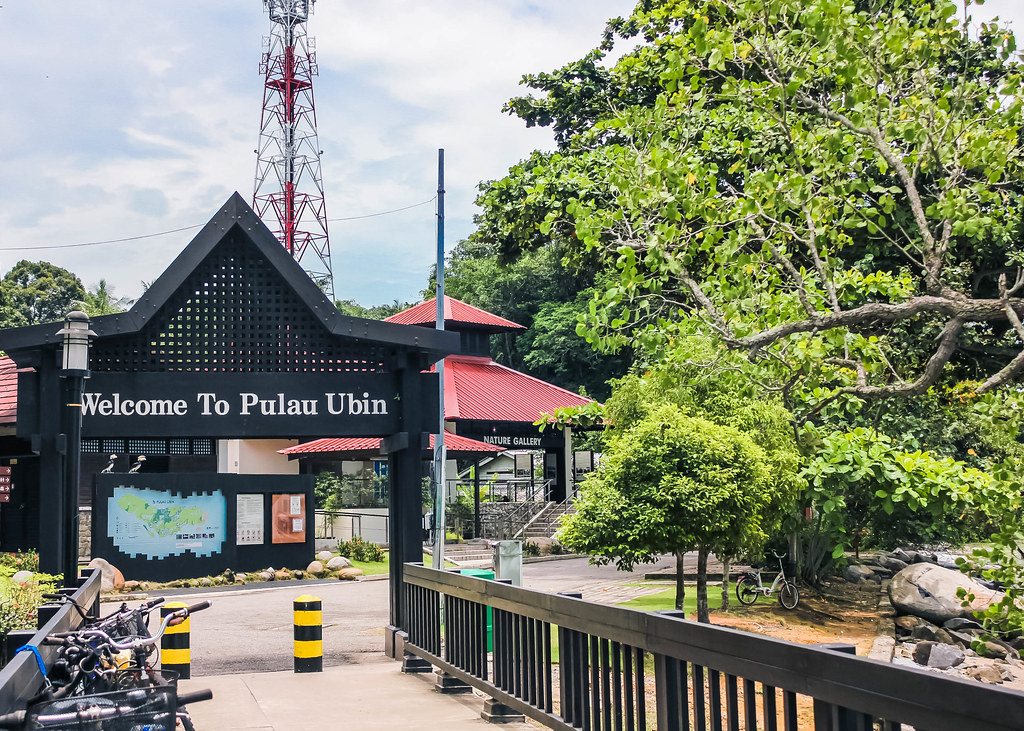 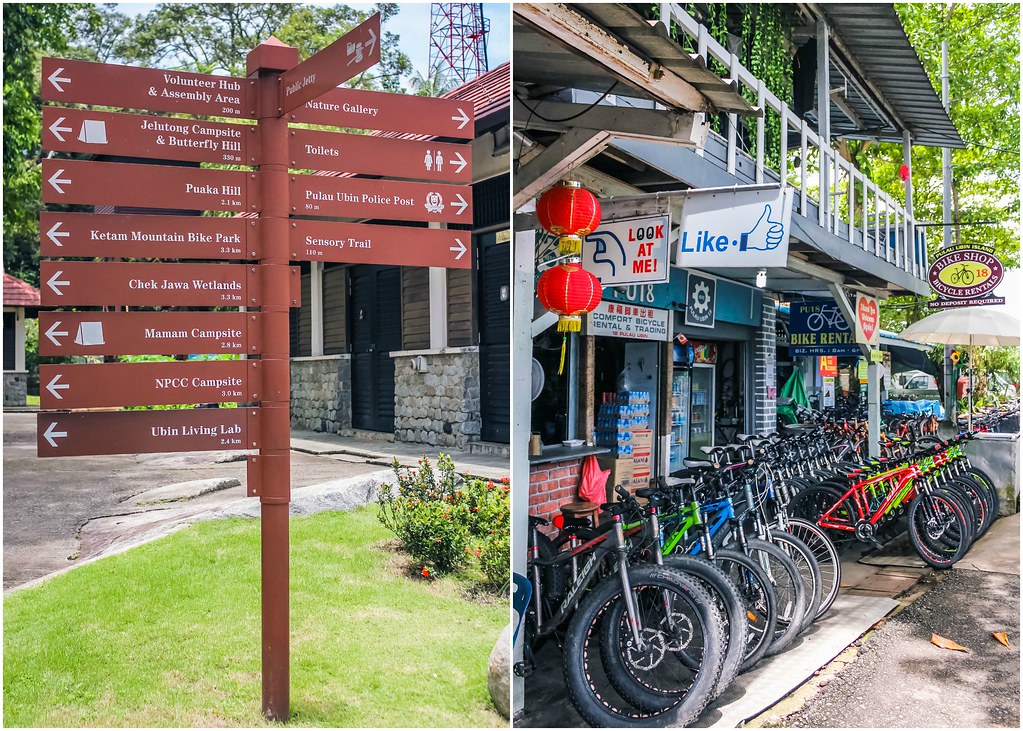 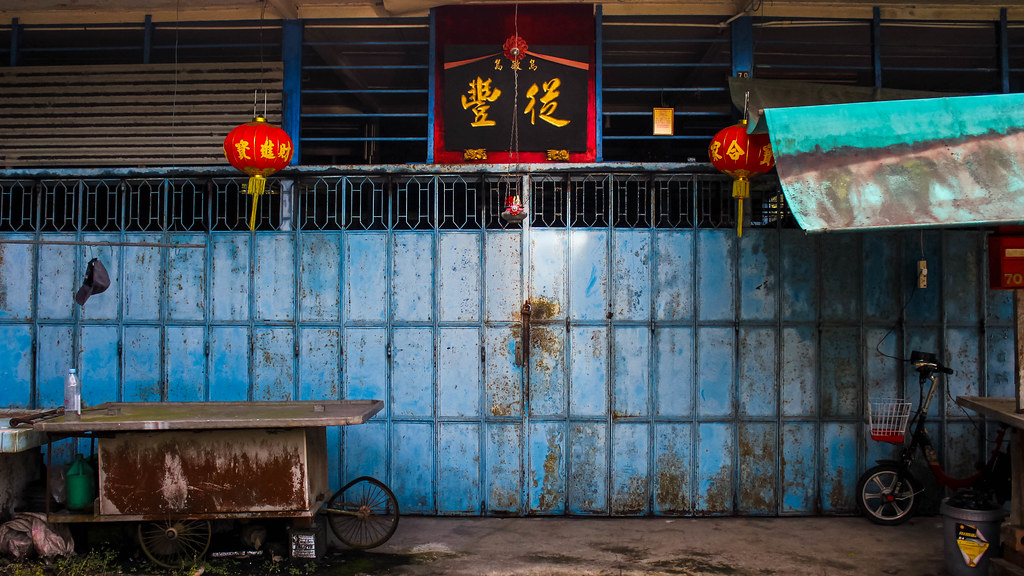 With well-marked roads and trails to explore, the island is ideal for leisurely strolls. However, if you are aiming to cover the entire island within a day, I would recommend cycling. Prices start from $8, and you can rent it till 5pm-6pm. Also available for hire are ‘taxis’ comprising panel vans that can take up to 12 persons. Drivers will wait at the Pulau Ubin jetty for potential passengers. It costs $12 for a group of 5 persons, and $2 per person if you are in a group of 7 persons and above (one-way).

Getting to Chek Jawa Wetlands 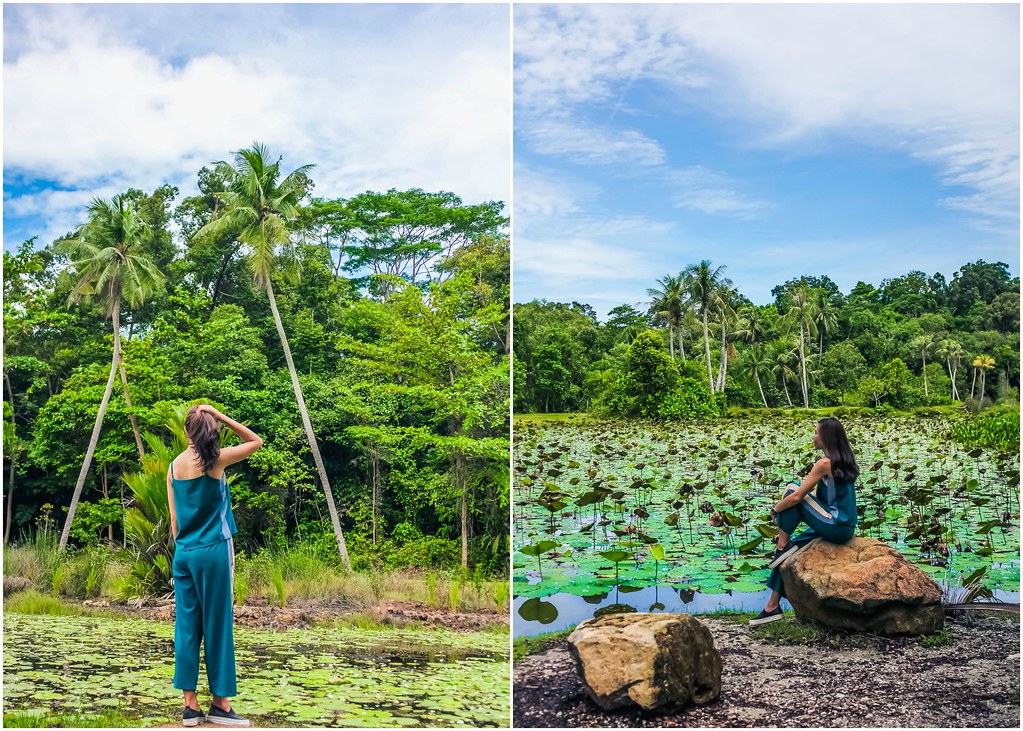 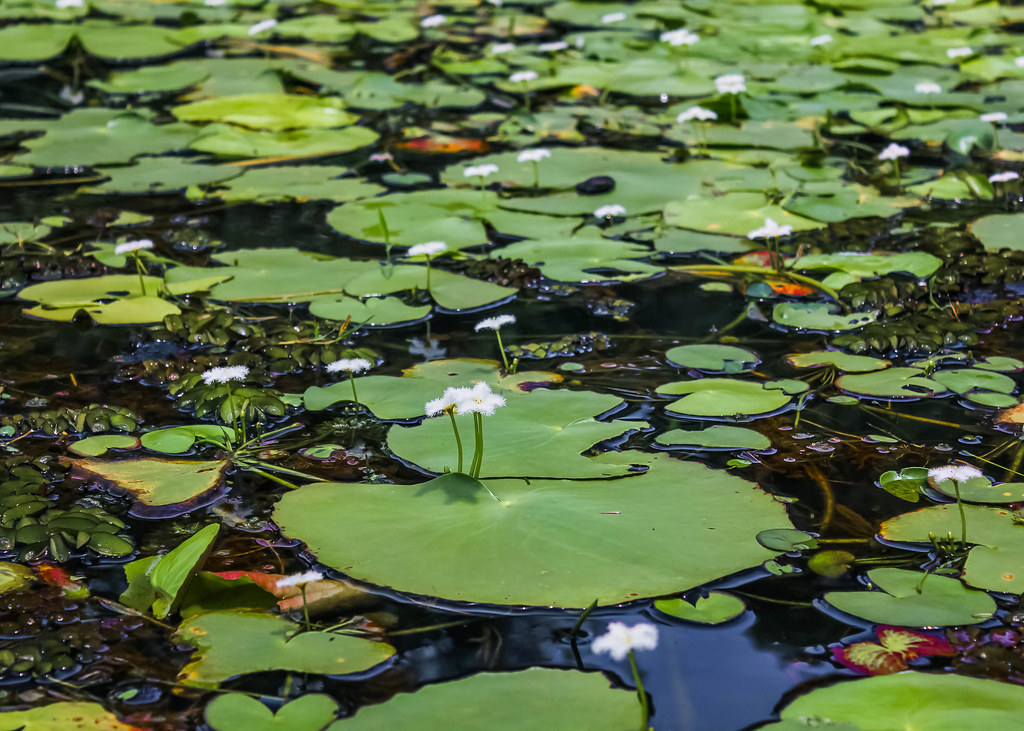 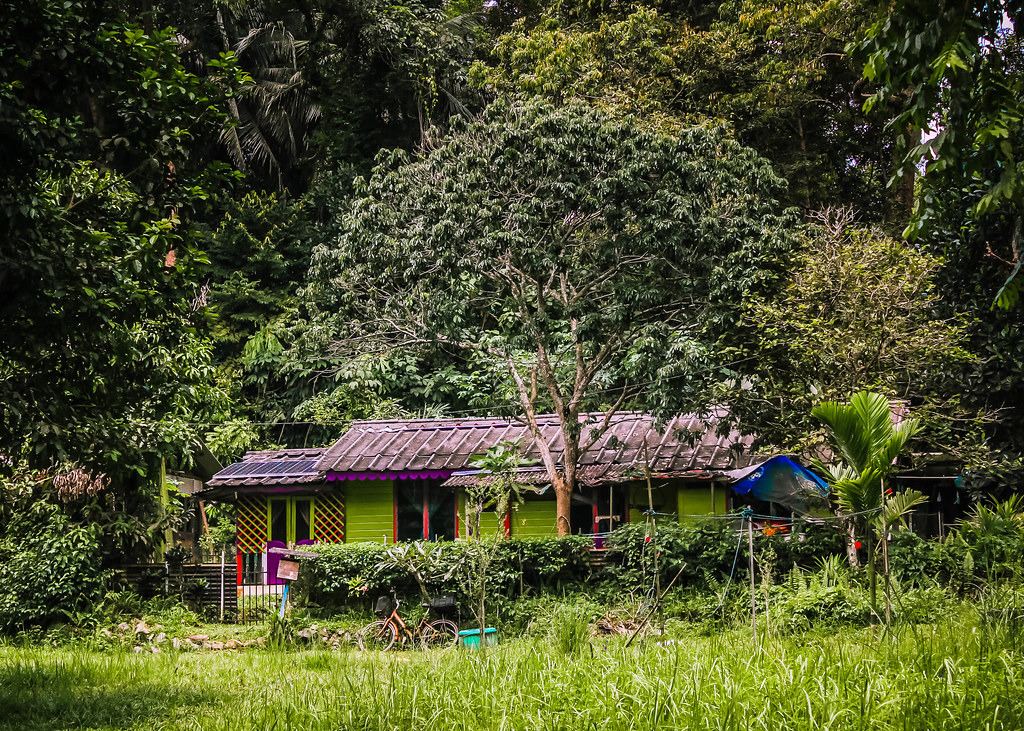 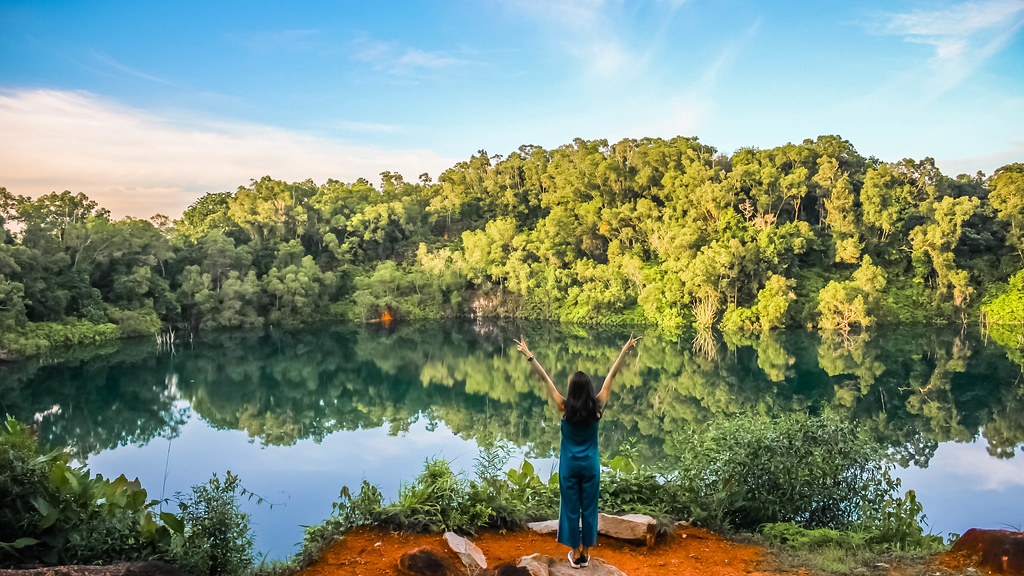 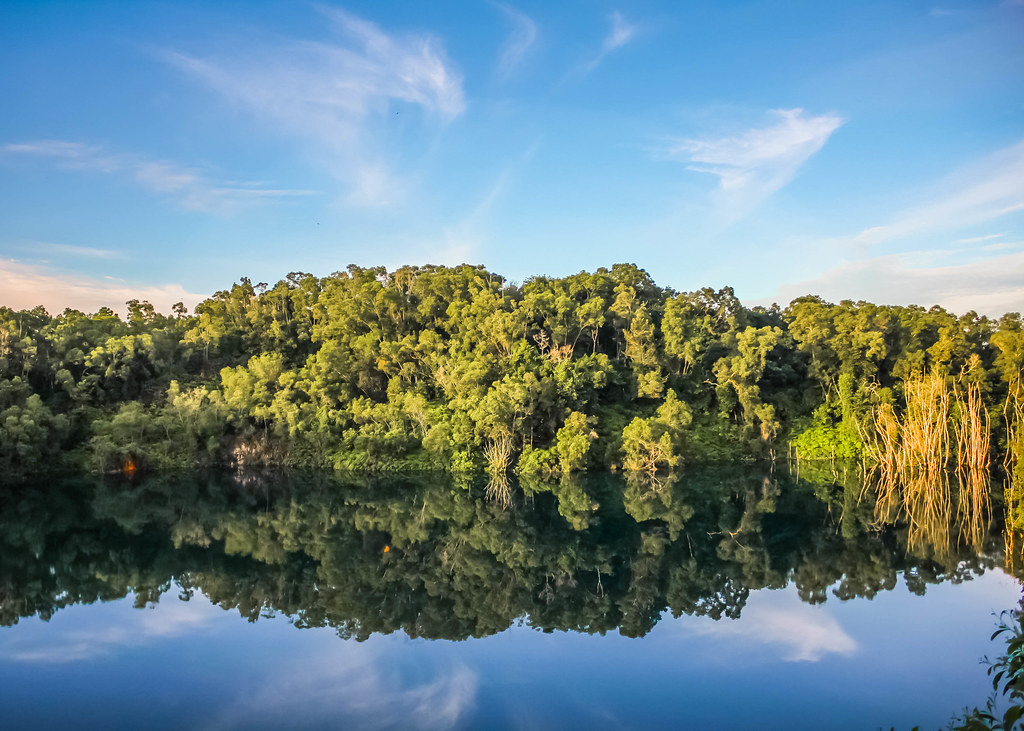 The most convenient and fuss-free way is hiring a ‘taxi’, but the adventurous can cycle there as well. Do note that bicycles are not allowed on the boardwalk as they will break the boards. You should park and lock the bicycles near the Punai Hut. My friend and I decided to take a slow 1.5-hour stroll, and passed by the Sensory Trail. This area is certainly Instagram-worthy! We also came across attap houses, and had to walk along dirt trail, so do wear appropriate attire. The other stunning spot you have to check out is Balai Quarry, and it’s on the way to the wetlands. 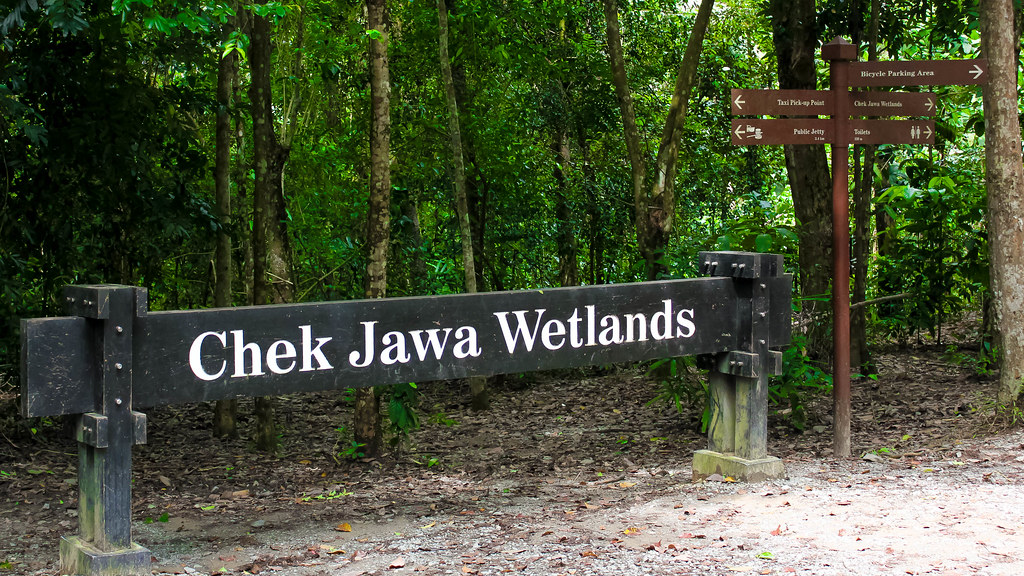 Chek Jawa Wetlands, at the Eastern tip of Pulau Ubin, is a unique and natural environment that is unusually rich in biodiversity. Habitats that no longer exist on mainland Singapore can be found in this part of Pulau Ubin. You can enjoy the beauty of Chek Jawa Wetlands from the boardwalk, which is divided into the Coastal and the Mangrove Loops. 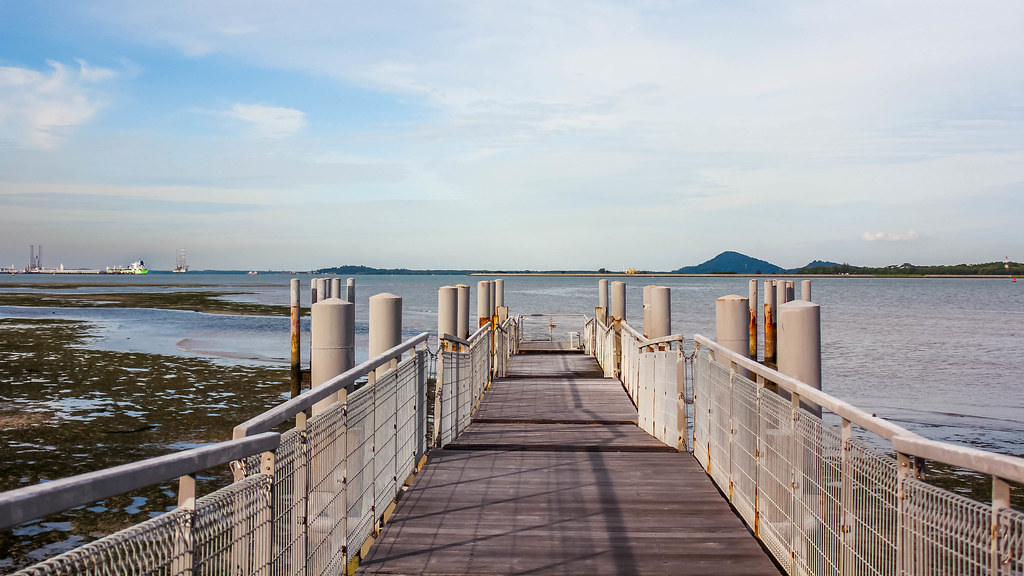 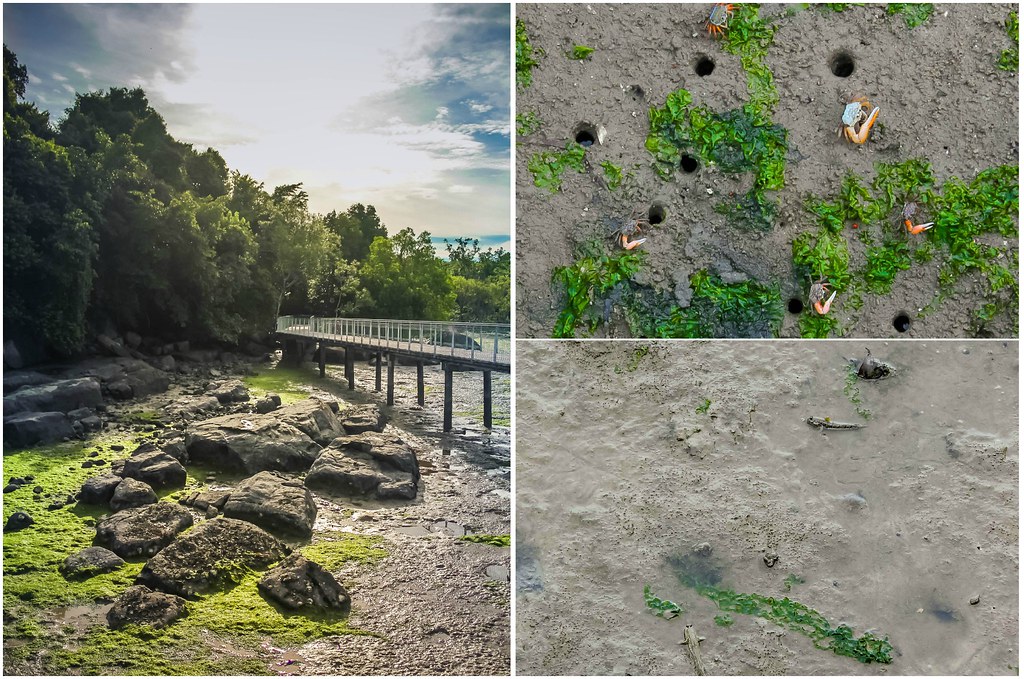 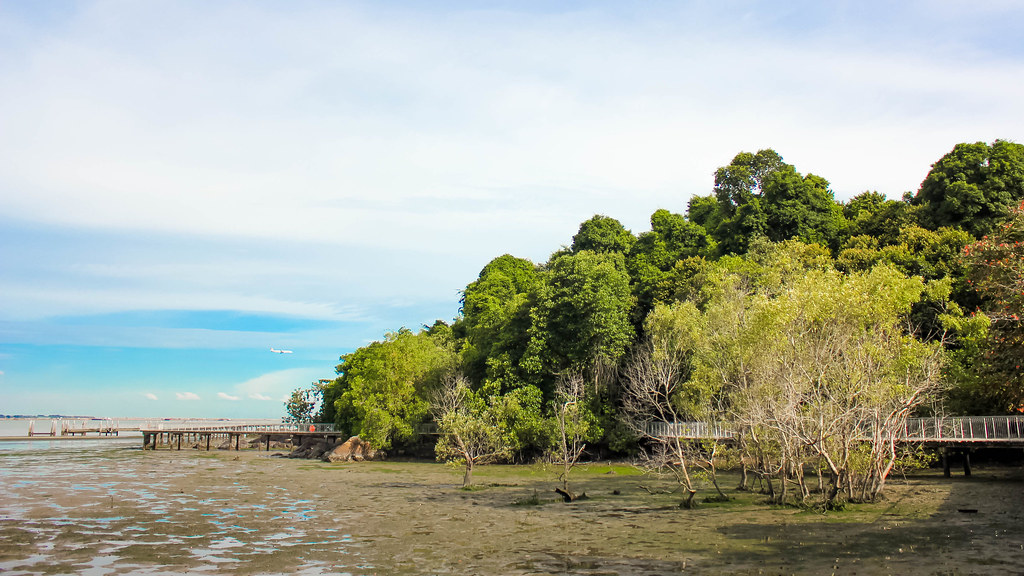 Stretching 600-metres, the Coastal route follows the coastline of Chek Jawa and allows you to observe the various shore habitats without getting wet. As the route takes you round the tip of the headland, you will be able to enjoy different views of Chek Jawa. You can also watch the spectacular sunset here. 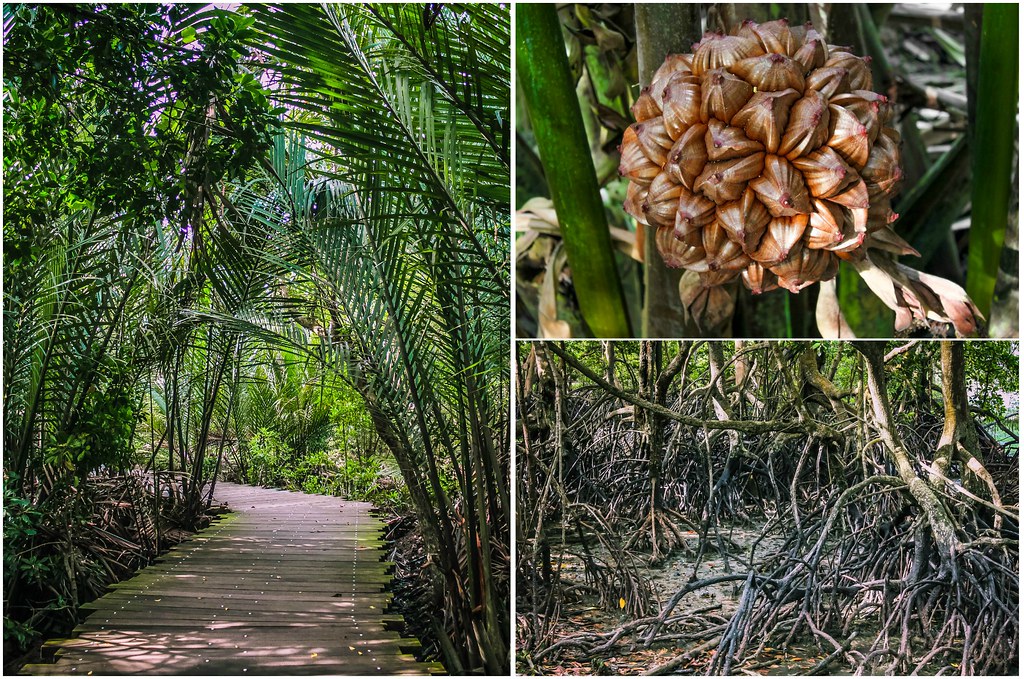 On the other hand, the 500-metres Mangrove route starts at the coast before taking you into the mangroves. You will be surrounded by the Nipah Palms, the only true mangrove palm found in areas with calm waters of low salinity. Its mature fronds are used for thatching the roofs of attap houses and are woven into mats and baskets. The palm’s sap is rich in sugars that can be tapped and fermented to produce alcoholic beverages. But, its most recognizable use locally is its edible young seeds (attap chee) – my favourite! 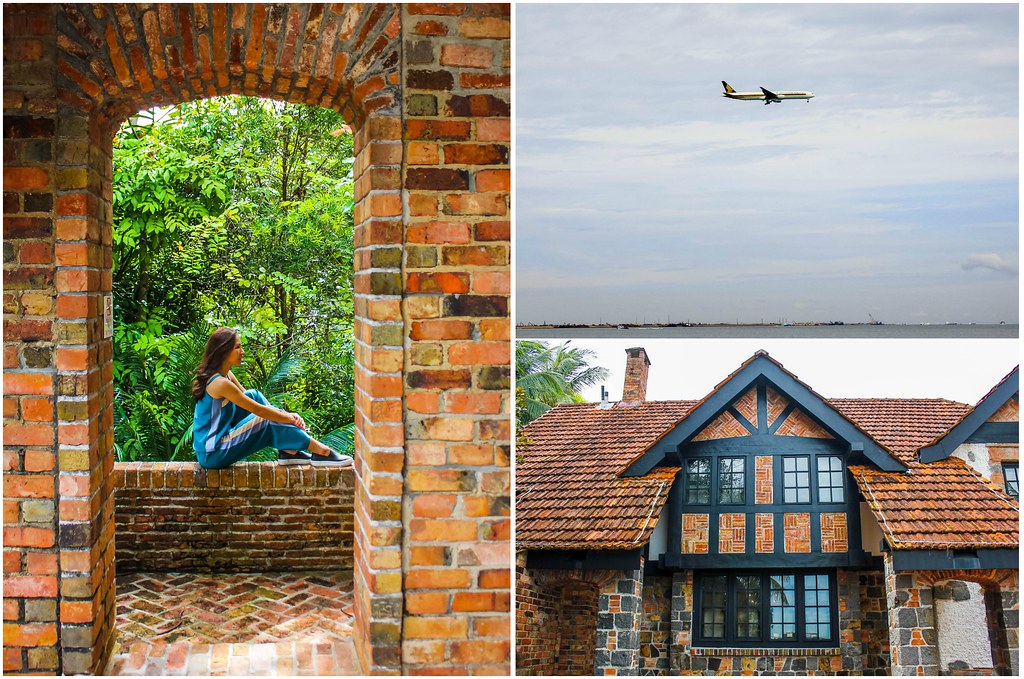 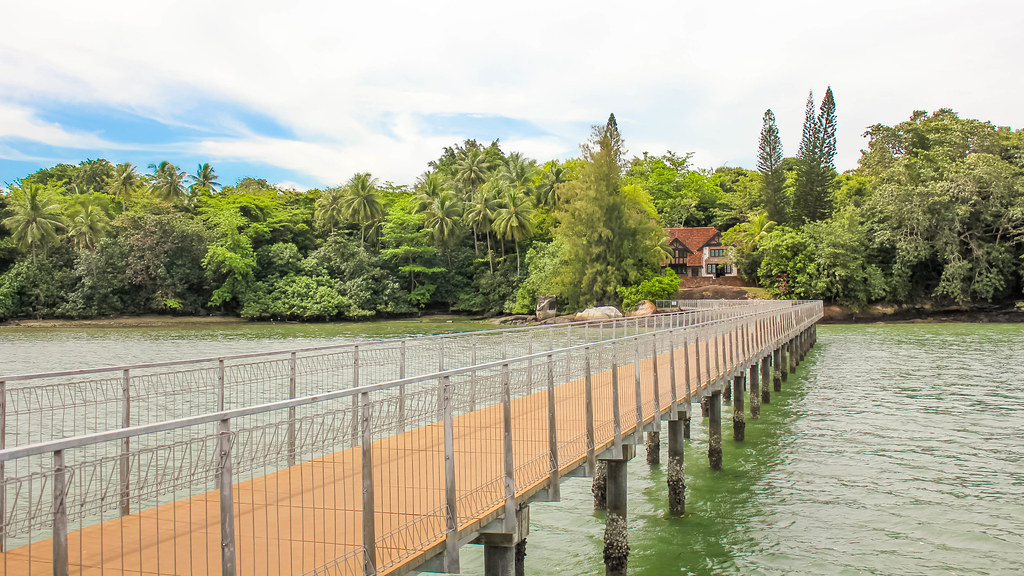 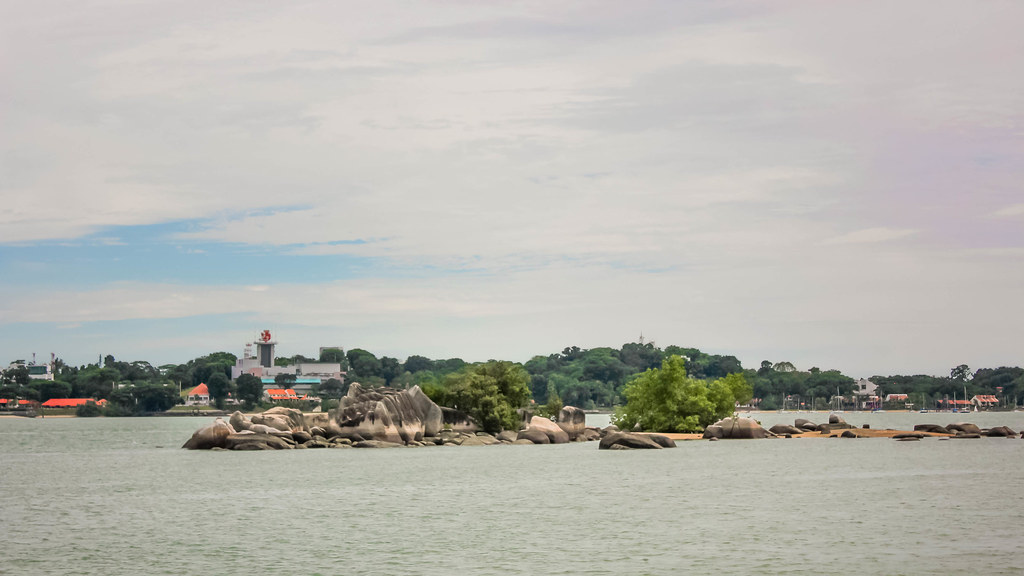 Upon entering the gate to the wetlands, you will come across a bungalow known as House No. 1. This bungalow has very rich architectural and historical significance to Singapore. With its Tudor-style architecture, House No. 1 looks similar to the English country cottages built in tea plantations during the British colonial era. A change of scenery is definitely a good thing for an urbanite like me.

From the bungalow, a concrete jetty extends about 100-metres into the sea towards Pulau Sekudu (Frog Island). According to folklore, a pig, an elephant and a frog once challenged one another to swim across the Straits. All the animals agreed that those who failed to reach Johor would be turned into a rock. In the end, all three overestimated their capabilities. The elephant and pig turned into Pulau Ubin, while the frog turned into Pulau Sekudu, which means frog island in Malay. 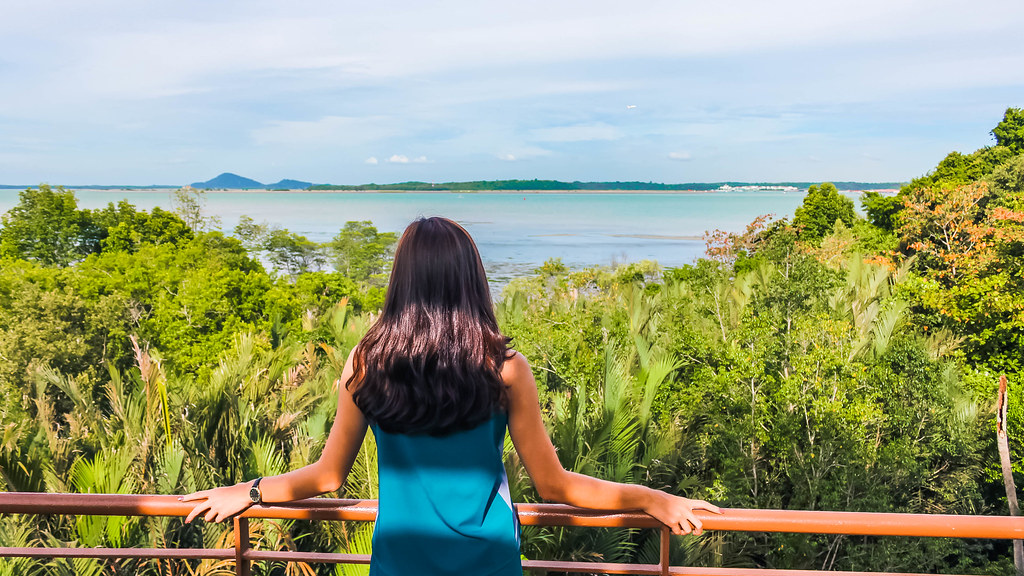 Also located within the Chek Jawa Wetlands is the Jejawi Tower. This 20-metres tall viewing tower is named after the Malayan Banyan tree (Jejawi) which you can see from the tower. If you are lucky enough, birds such as kingfishers can be seen flitting over the mangroves. We caught sight of one White-bellied Sea Eagle soaring over the tower. If you have a pair of binoculars, you may also spot birds like herons and terns over the mud and sand flats.

A Couple of Things to Take Note of

1. Watch the weather – if rainy weather approaches, please take shelter as quickly as you can.
2. Stay on designated routes – do keep to the boardwalks and designated tracks to minimize damage caused by trampling.
3. Observe the animals quietly and respect the wild.
4. Keep the wetlands clean and dispose all litter and unwanted objects in the bins provided.
5. Apply plenty of mosquito repellent and sunblock.

I recommend allocating about 2 to 3 hours to explore the entire Chek Jawa Wetlands. We were very amazed by the variety of marine life found in the intertidal flats of Chek Jawa. This is definitely a great getaway from city life!