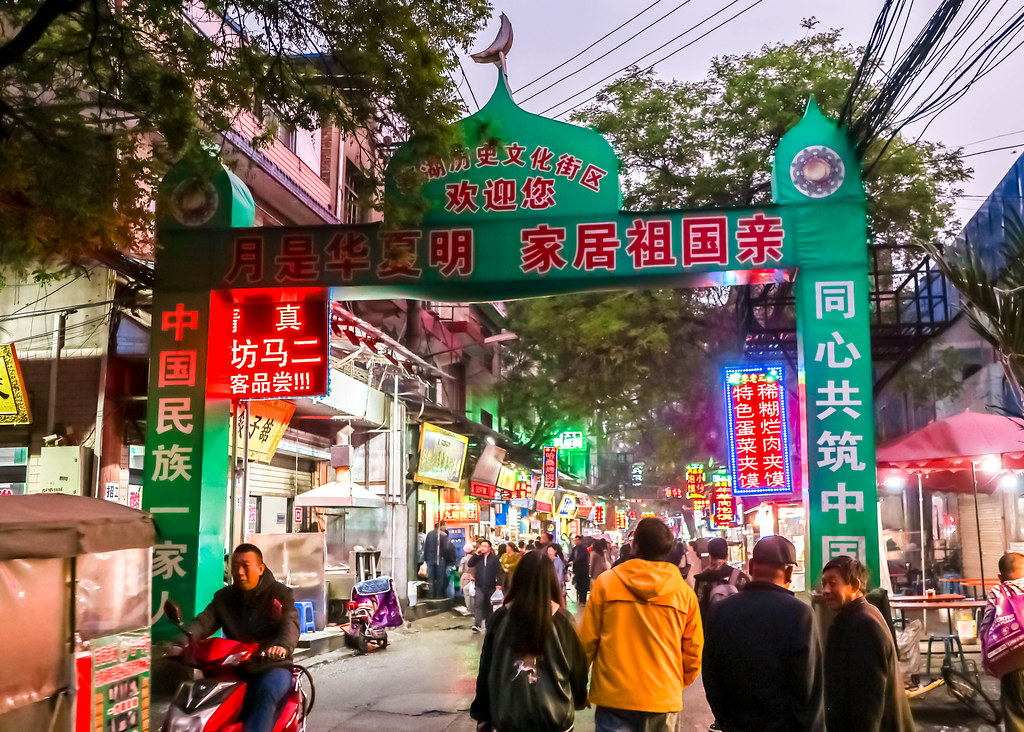 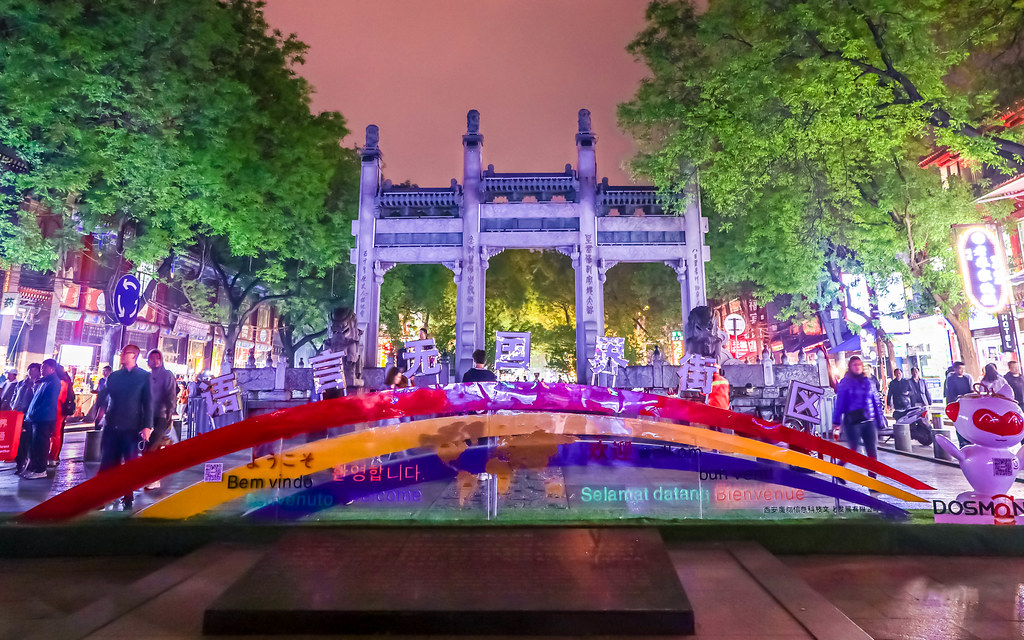 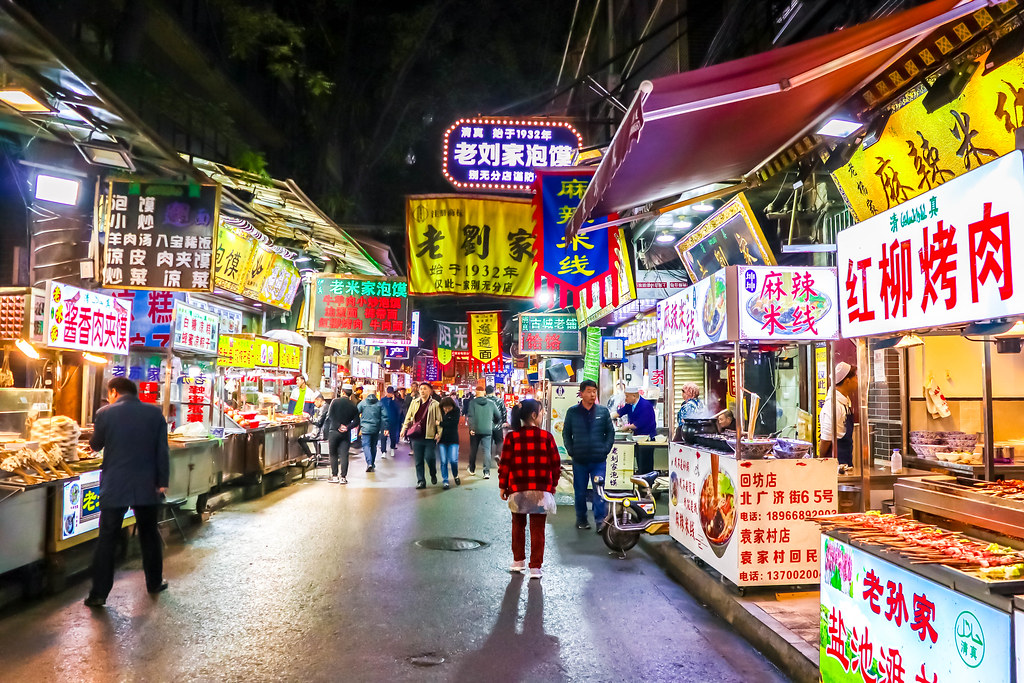 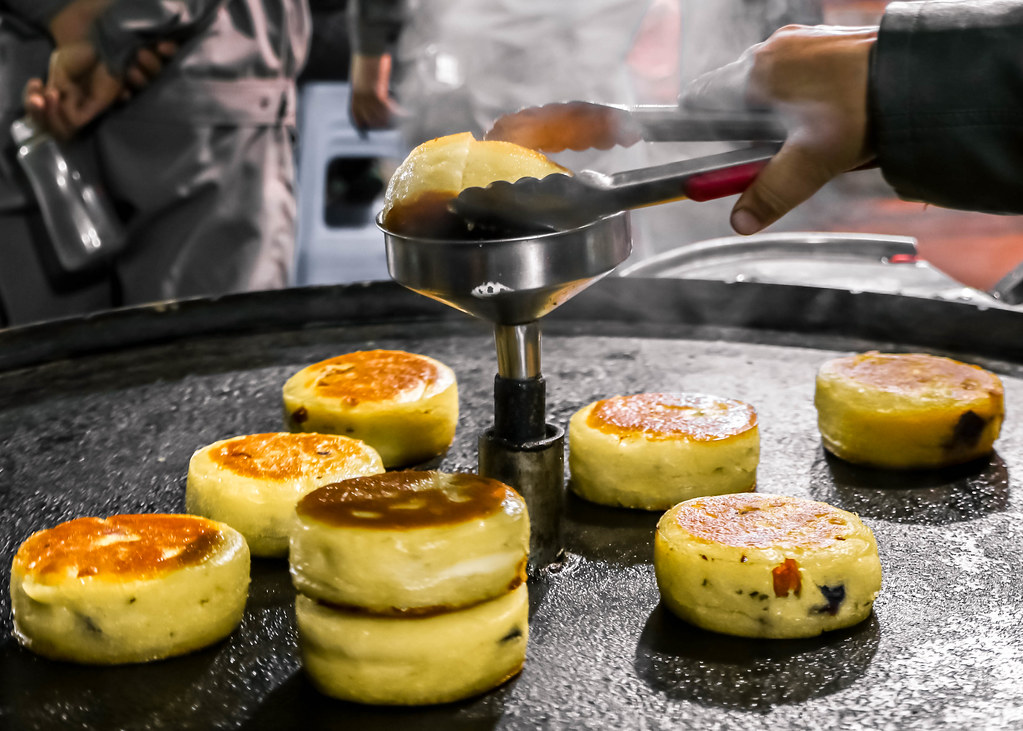 The main reasons that I’ve yearned to visit Xi’an since young were due to the Terracotta Warriors and Mount Huashan. I never expected the food in Xi’an to be impressive, and I was totally caught by surprise. I’ve to say that Xi’an might be one of China’s most famous cities for street food. There are lots of food you can try at the Muslim Quarter (回民街). I was lucky that the hotel I stayed in was of walking distance from the Muslim Quarter, so I settled my dinner there every single night. The following are 7 things you should try at the Muslim Quarter in Xi’an. 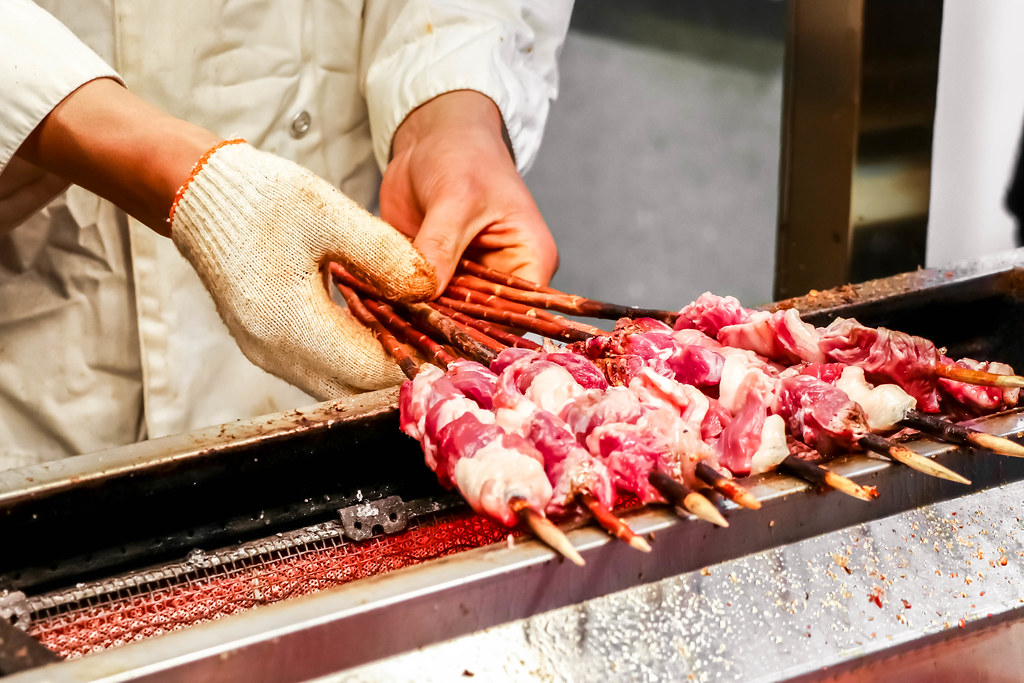 Although BBQ meat skewers are commonly found all around China, Xi’an is well-known for their BBQ lamb skewers that are richly marinated with cumin and chilli. This flavourful taste that packs a good punch is unlikely to be replicated anywhere else. I’ve always had a misconception about the gamey taste of lambs, but I realised that if the preparation is done well, it’s possible to get rid of the gamey taste. One bite into the BBQ lamb skewer and I was addicted! Want to make a guess how many skewers I ate throughout my entire trip? 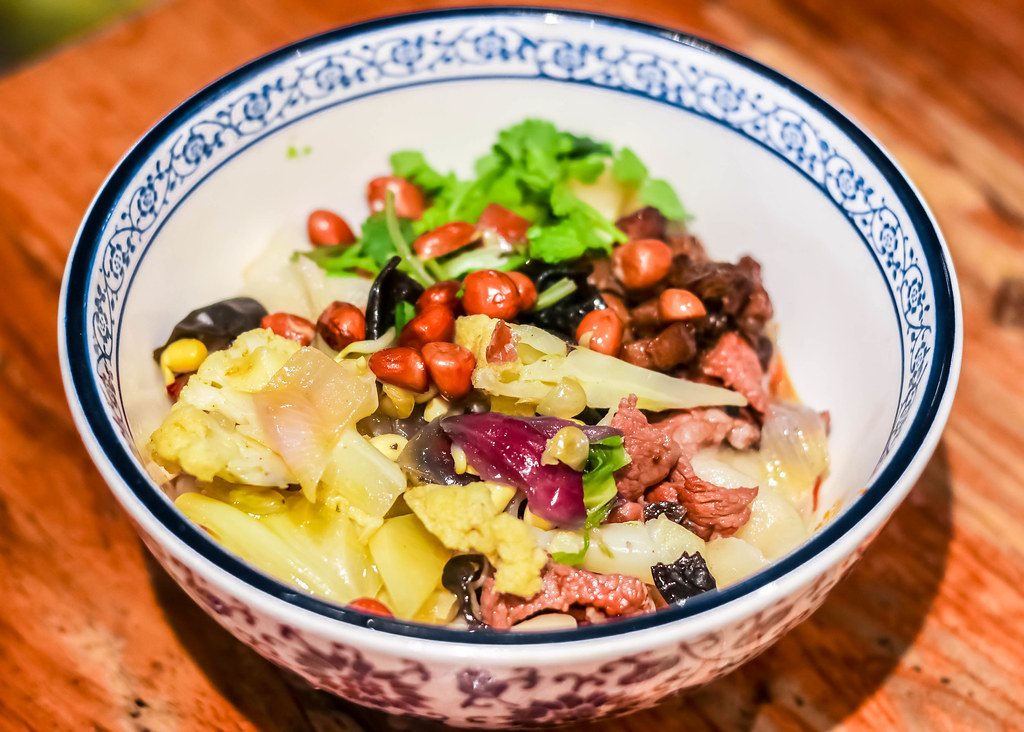 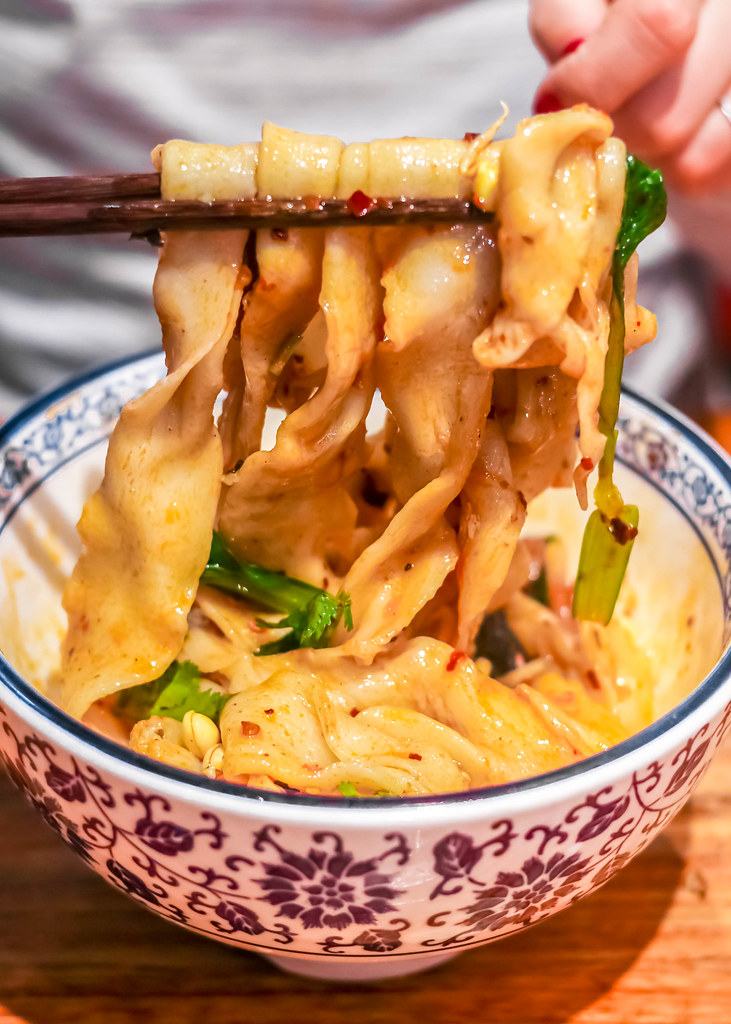 The Chinese character, “biang”, has almost 60 strokes, and is one of the most complex Chinese characters that cannot be entered into computers as it has not been added to Unicode. Hence, these handmade noodles are often referred to as 彪彪面 (biao biao mian) or 冰冰面 (bing bing mian). The noodles are wide and very chewy, somewhat similar to the texture of Singapore’s mee hoon kueh. They are usually served with hot chilli pepper oil, ground meat, chives, and thickened bean-based sauce. 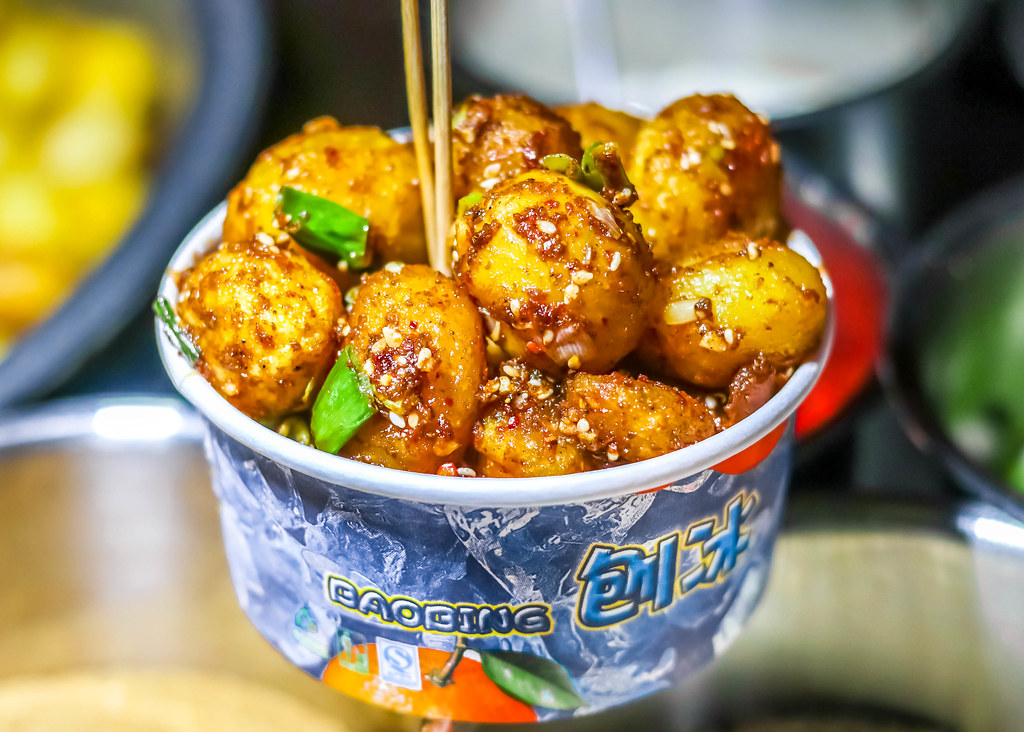 Not feeling very hungry and looking for a light bite? Go for the grilled mini potatoes! They might not look appetising, but my travel companion and I got so hooked onto them that we couldn’t stop eating. These grilled mini potatoes are heavily seasoned with cumin. It’s as satisfying as snacking on potato chips, minus the crunch – definitely a crowd pleaser! 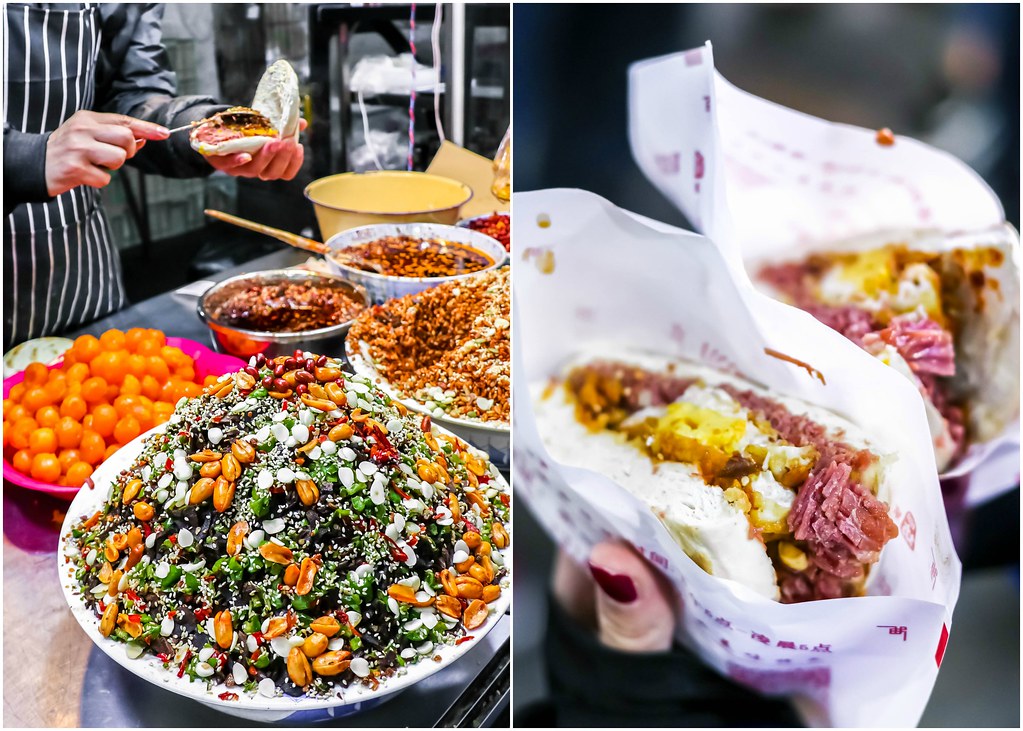 Chinese flatbread is sliced into half and filled with hand-chopped aromatically stewed beef or lamb. What makes this simple dish so delicious is the amount of different spices used to marinate the meat – I heard that some vendors use up to 20 different spices for the marinade. The flatbread has a slightly crispy crust and goes very well with the juicy, succulent meat. You can request to include extras such as chilli, vegetables, and any other condiments. 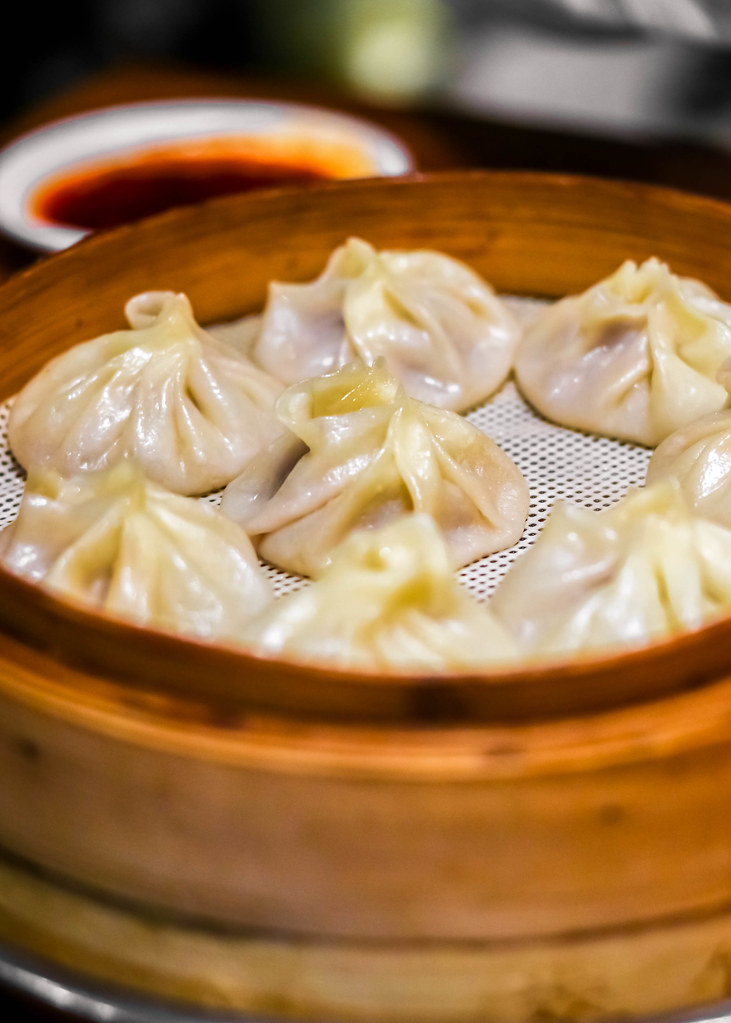 If you’ve heard of the world-famous xiao long bao (soup-filled pork dumplings), the guan tang bao is Xi’an’s rendition of the xiao long bao. It’s slightly larger than xiao long bao but still features very thin dumpling skin. Lamb fillings are usually enveloped within, with beef being the secondary choice. It has a larger amount of soup contained within each dumpling, so consume carefully and try not to scald yourself with the hot soup. 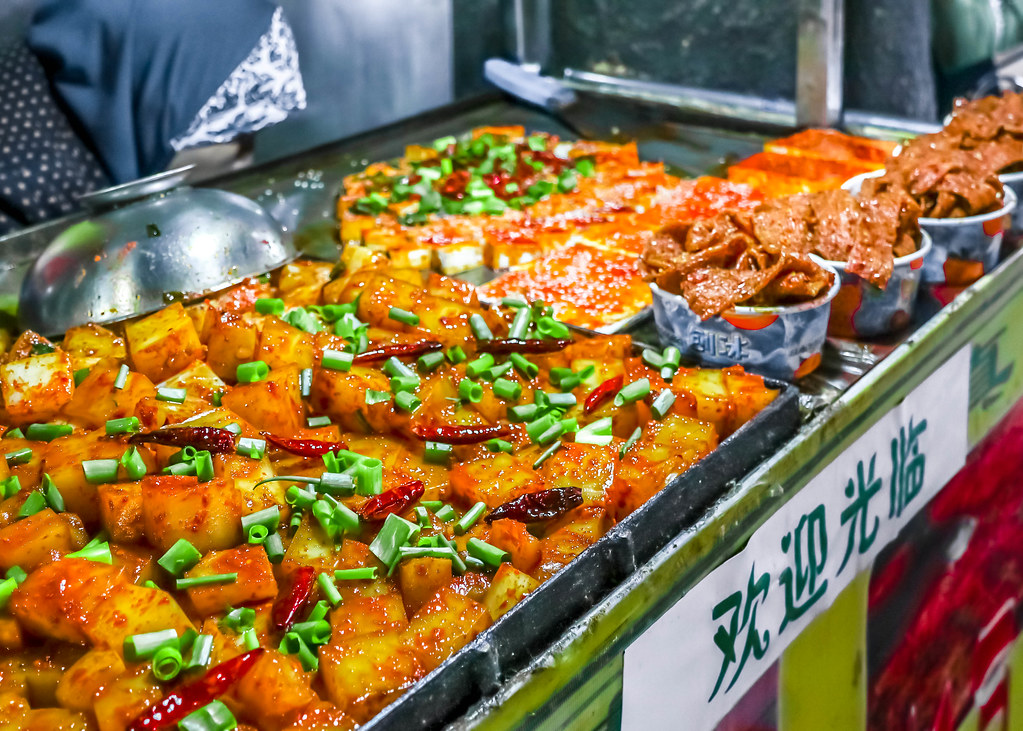 It’s not stinky tofu, so my travel companion and I went for it. The silky tofu is seasoned with soy sauce, cumin, aniseed and chilli. It was too spicy for us, but if you’re in Xi’an during the winter season, this street food will be perfect. As for the mala beancard, it’s a lot thinner and chewier as compared to the tofu. But, the taste is still potent due to a hotter chilli paste. 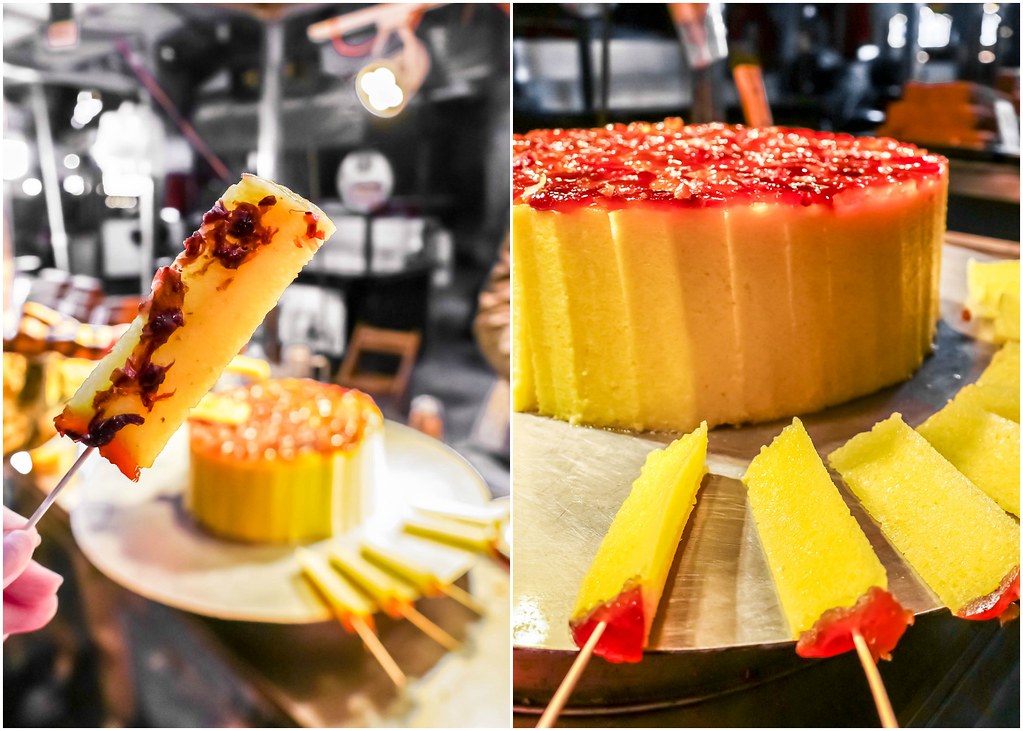 The osmanthus rice cakes in Xi’an are topped with candied red dates – a great dessert choice to end off the feast at the Muslim Quarter. You can also savour other sweet treats such as the honey glutinous rice cake (蜂蜜凉糕), the green bean cake (绿豆糕), the peanut brittle candy (花生糖), and the fried dough twist (麻花), just to name a few.

There are lots of other local food you can try at the Muslim Quarter in Xi’an. If only I had more time …