Although Jeju Island is the largest island in South Korea, it isn’t that big. Despite its size, Jeju Island still offers visitors a wide plethora of specialty dishes. From feasting to your heart’s content on barbecued black pork to indulging in huge and juicy abalones freshly plucked from the ocean by the island’s ‘mermaids’ to savouring comforting seafood stews, my girlfriend and I ended up in a food coma everyday. I’ve gathered our top 3 favourite Korean dishes on Jeju Island, and you must try them if you’re heading there. 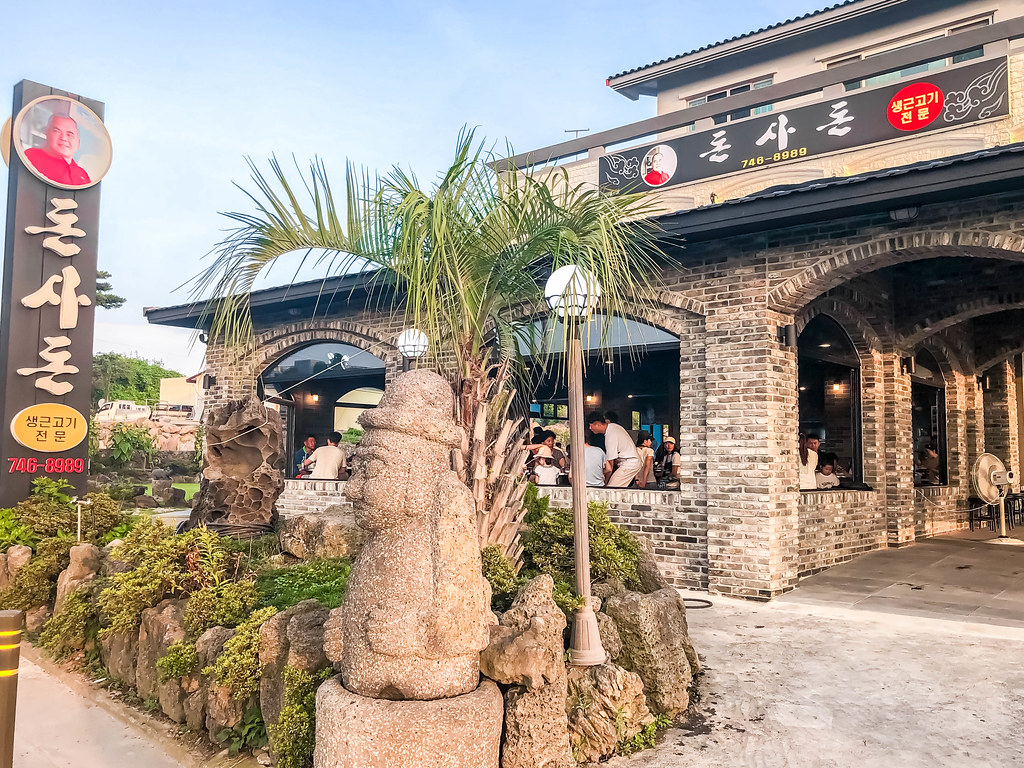 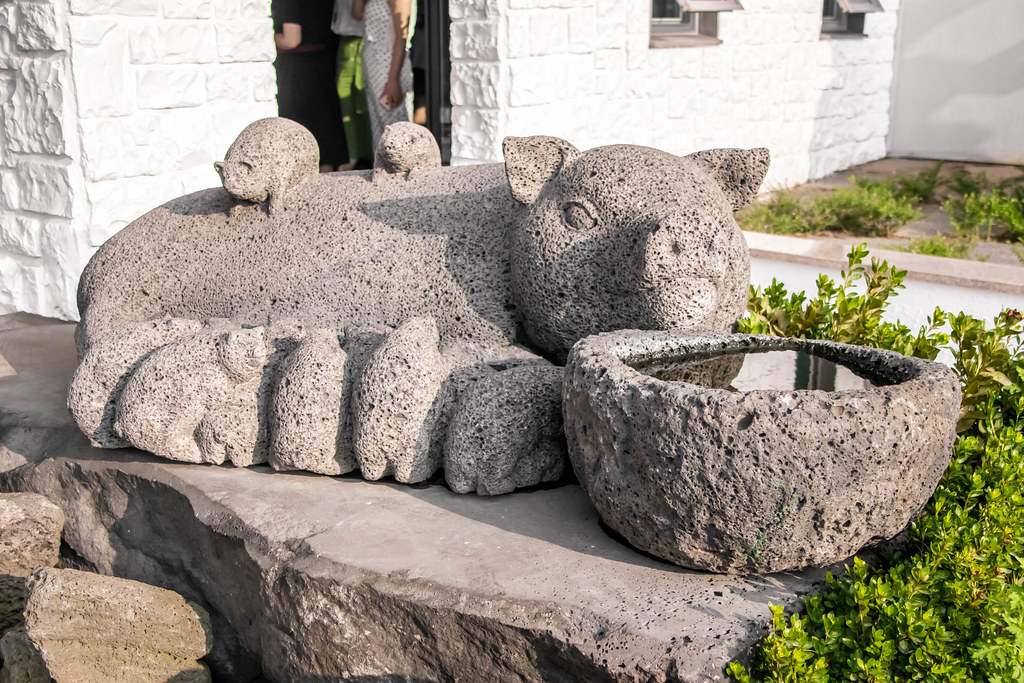 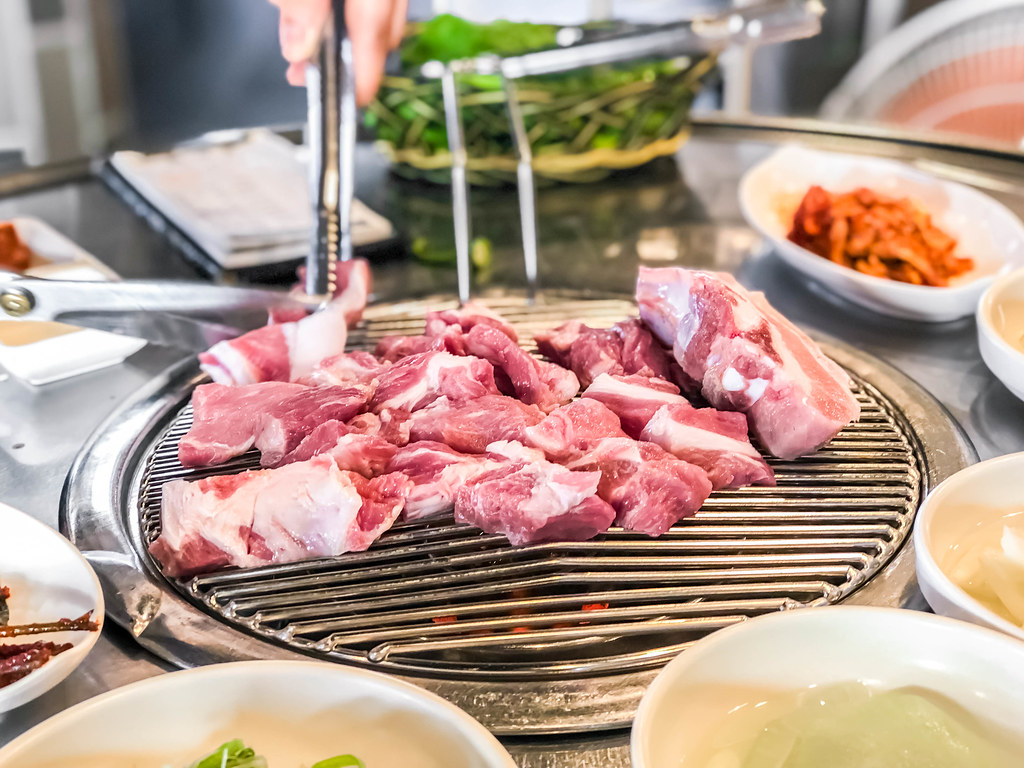 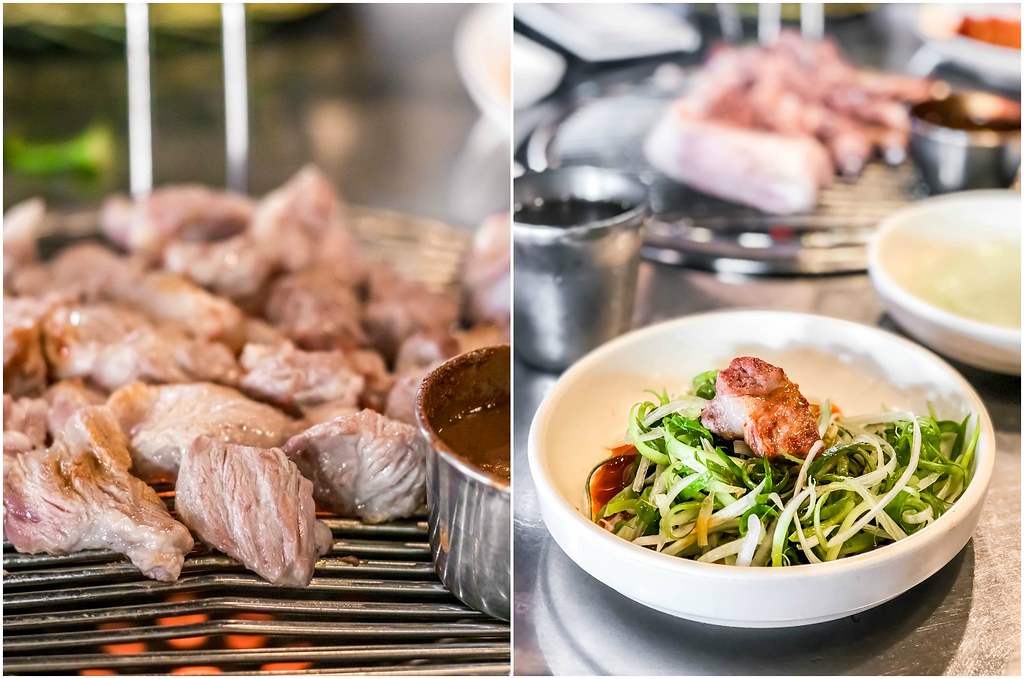 Unique to Jeju Island, black pork comes from domesticated black pigs bred only on the island. The melt-in-your-mouth texture of the barbecued black pork is comparable to the luxurious wagyu beef. It’s no wonder locals and tourists love it so much that there is an entire street on Jeju Island lined with restaurants serving only Korean barbecued black pork. I suggest dining at Donsadon, a restaurant that’s frequented by K-pop celebrities such as G-Dragon. The slab of black pork served here is thicker than other restaurants, and the skilful waiters will help you barbecue the meat. Dip the pork belly into the anchovy sauce and wrap it with lettuce for the ultimate enjoyment. 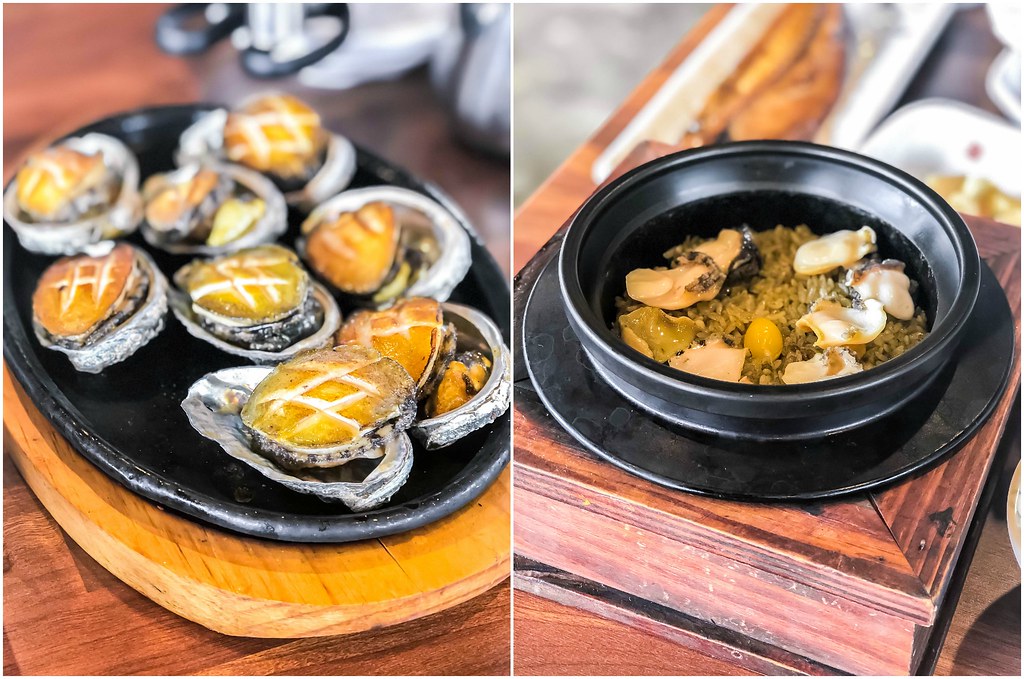 I’ve never seen nor tasted such huge and juicy abalones until I visited Jeju Island. I’ve watched Korean television documentaries on how abalones were traditionally harvested by female divers (Jeju Island’s ‘mermaids’), and it was so cool when I managed to personally see them in action. There are a few seaside restaurants serving abalone sizzling stone pot rice, grilled abalone, abalone porridge and sliced raw abalone. We wanted to dine at the highly recommended Myeongjin Jeonbok restaurant, but the wait was at least 2 hours, so we gave up, and tried the abalone dishes at a neighbouring restaurant. 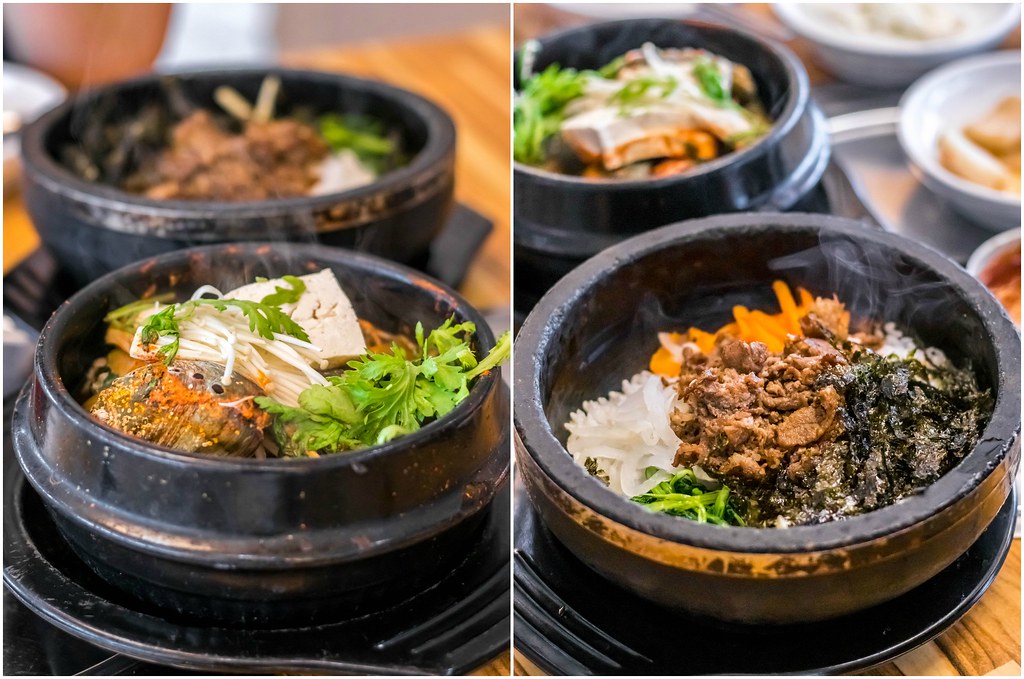 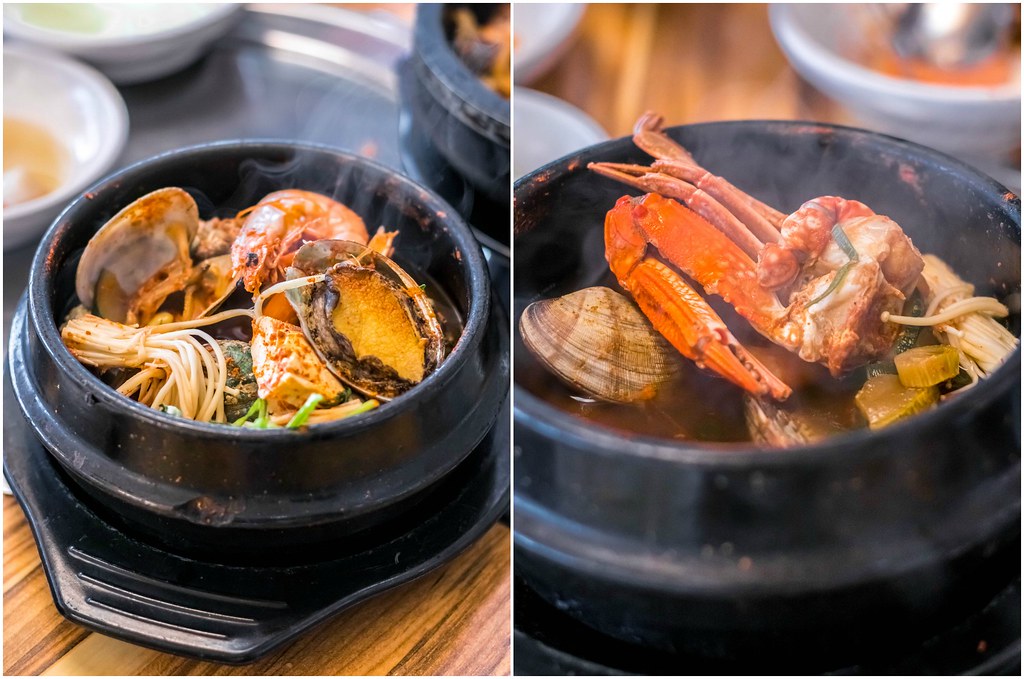 The seafood hotpot stew is an absolute delight for seafood lovers like my girlfriend and I. After checking in at our hotel, we rushed out with starving tummies for the seafood hotpot stew. This dish was served bubbling hot in a hotpot and was full of freshly caught seafood from Jeju Island such as squid, octopus, cuttlefish, clam, and abalone. To our surprise, the huge crab claws were hidden at the bottom of the stew. They gave the broth a natural crustacean sweetness. The stew also contained a variety of vegetables and you can request for the stew to be non-spicy or very spicy.

There are other specialty dishes on Jeju Island, but we didn’t have enough time to try them. Do comment below and share about your food adventures on Jeju Island. I’m looking forward to your recommendations as I can try them on my next trip.

The Old Hill Street Police Station is one of Singa

The first time we danced together, I knew you were

Happy midweek! I’m taking a break from my LexSpr

Apart from the hipster places that I’ve previous