The Japan Rail Pass is your sightseeing passport to Japan. It’s an excellent travel convenience! You can ride the JR line all over Japan with just this one pass, and also use it to ride the Shinkansen “bullet trains”. The trains are modern, clean, and equipped with complete facilities to make everyone’s journey comfortable. The comprehensive railway network covers every corner of the four major islands of Japan, with more than 20,000 departures everyday. I really like that the trains are so punctual and reliable.

There are two types of Japan Rail Pass – Green (for superior-class Green cars), and Ordinary. Each of these types is available as a 7-day, 14-day, or 21-day pass.

You must purchase your Japan Rail Pass before going to Japan. However, the pass is also on sale at certain sale offices in Japan. FYI – The price of the Japan Rail Pass in Japan is different from that sold in countries other than Japan.

Step 1: Before Visiting Japan
Purchase an exchange order from an authorized sales office or agents (I recommend H.I.S. Travel in Singapore). 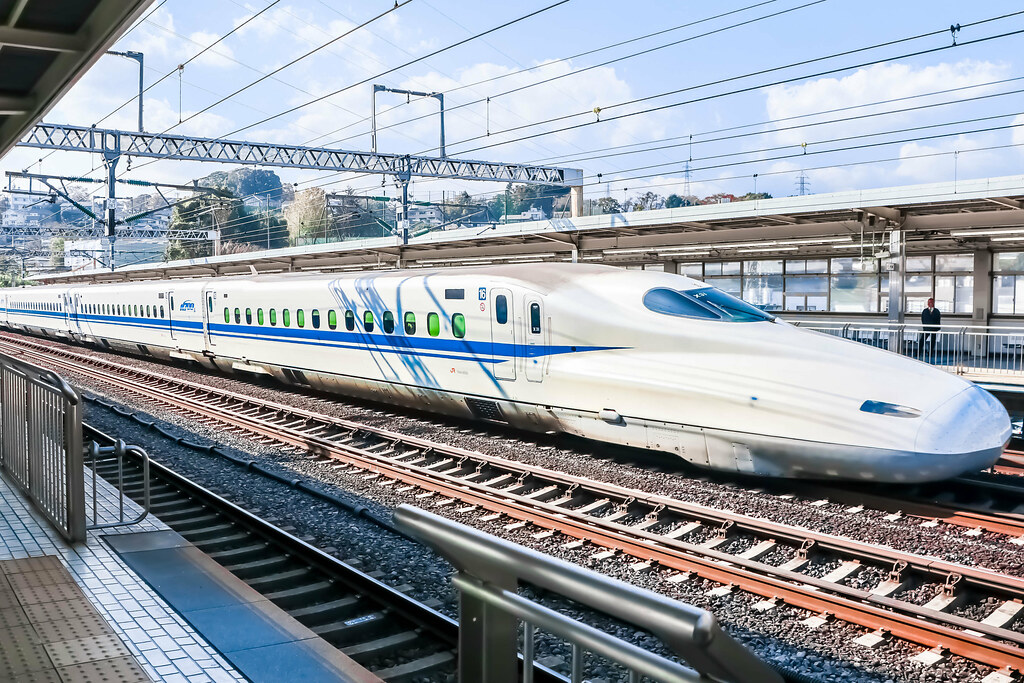 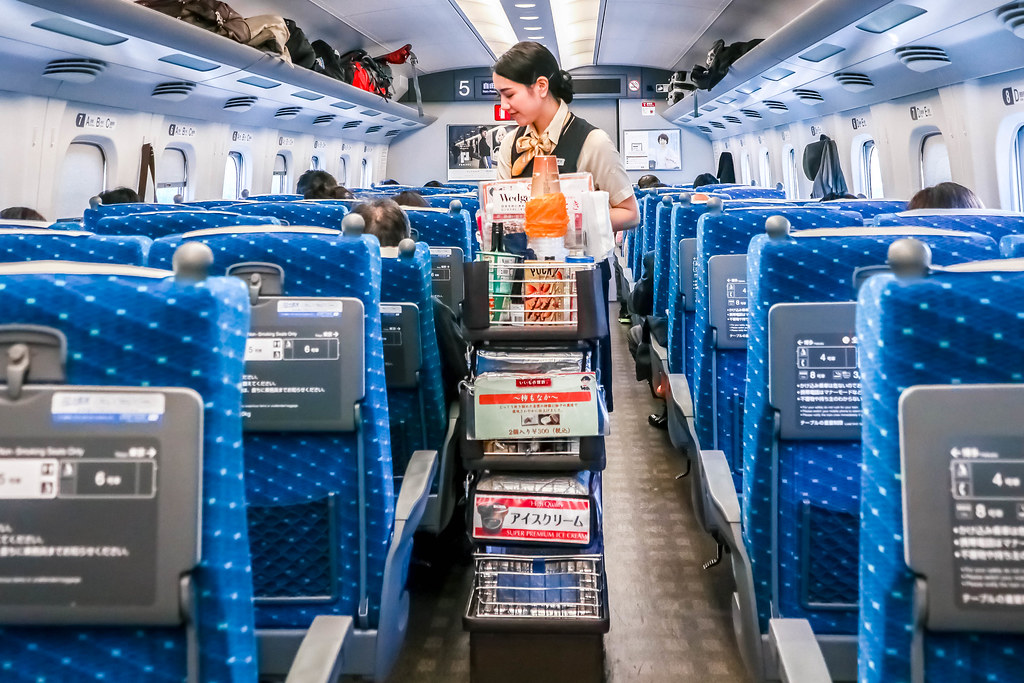 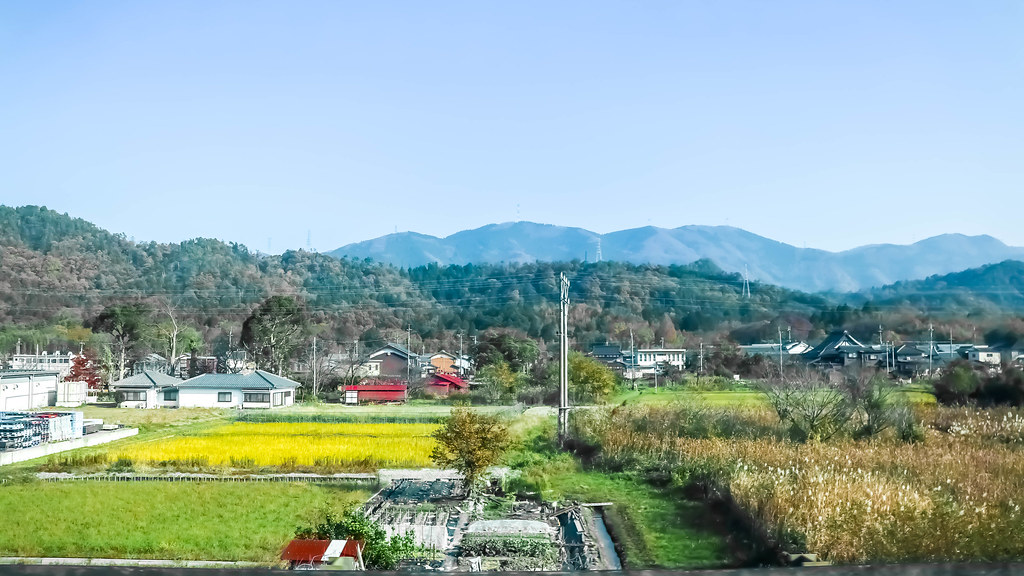 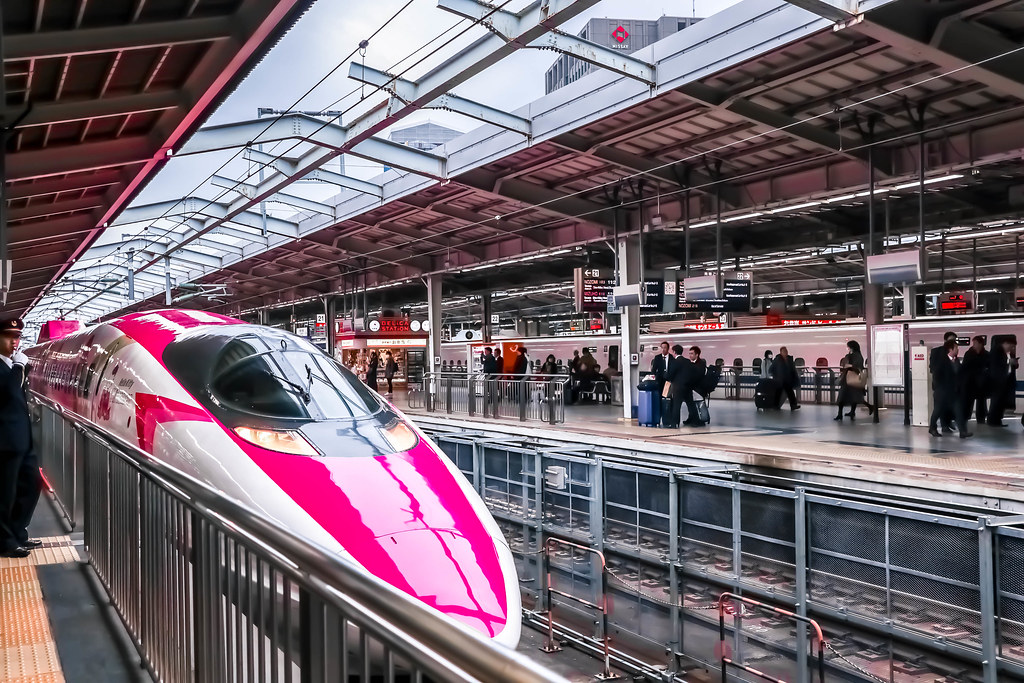 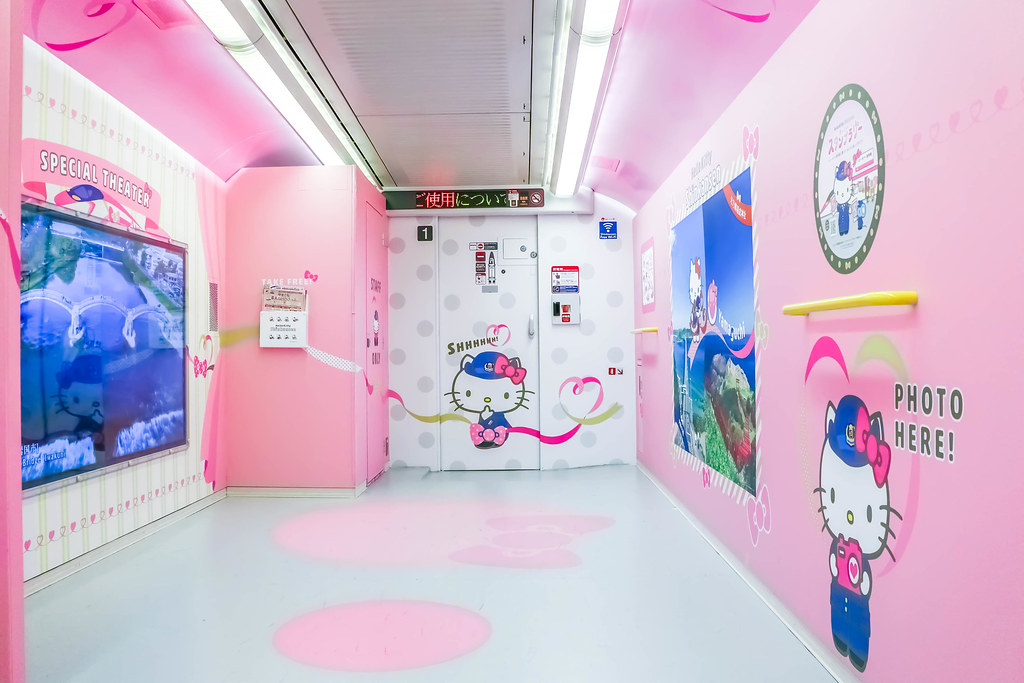 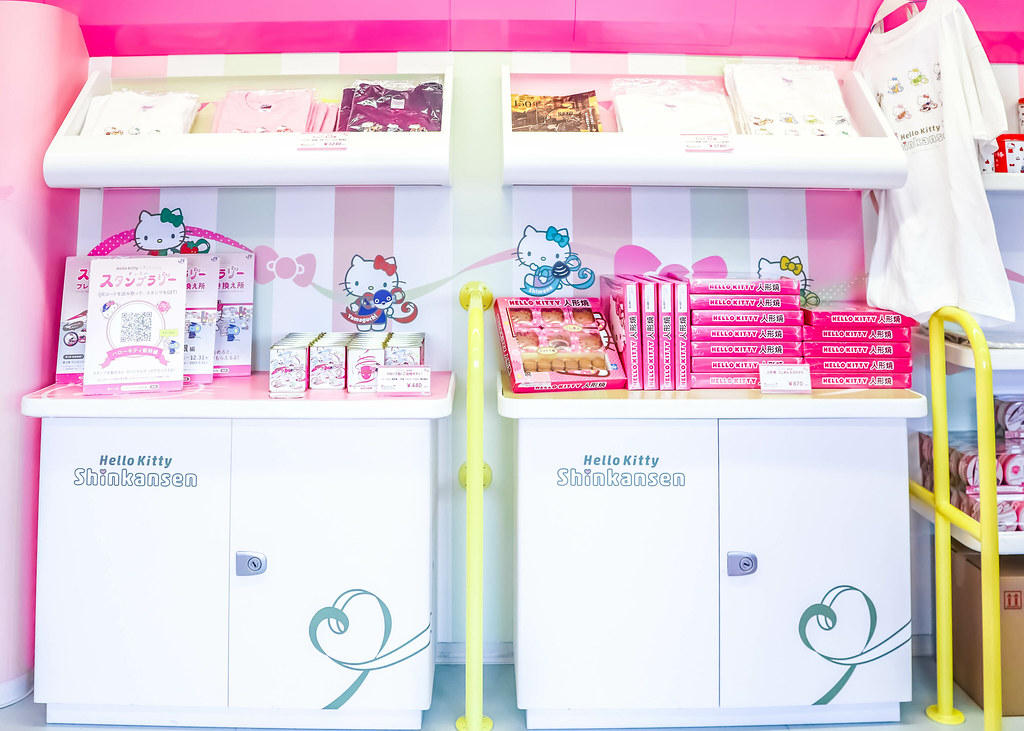 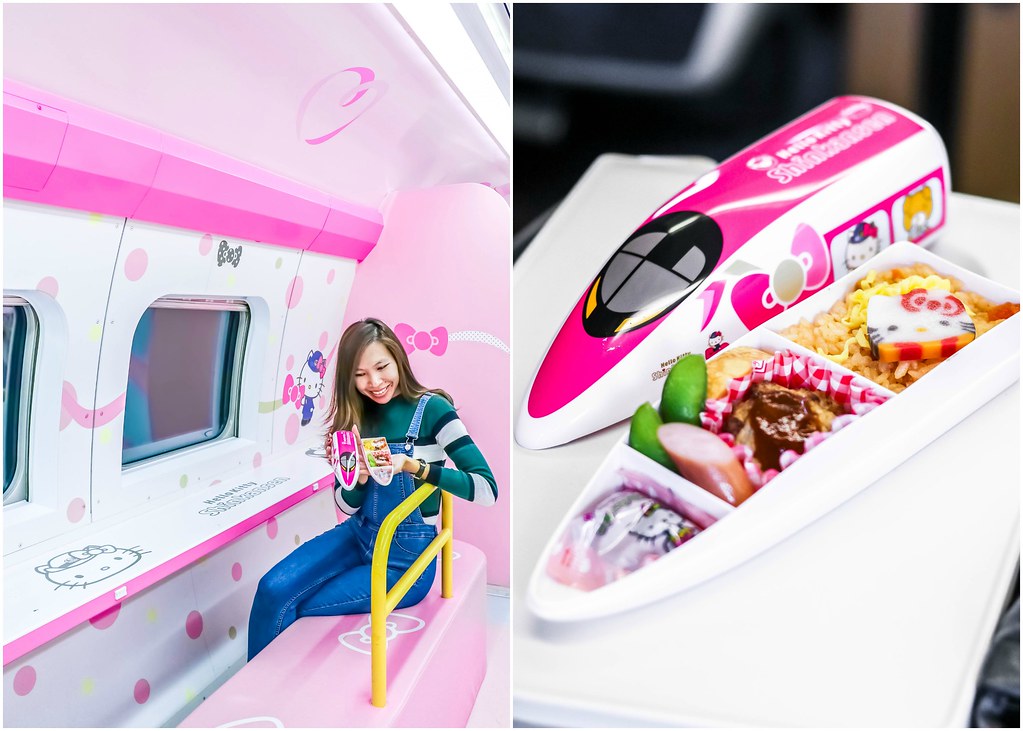 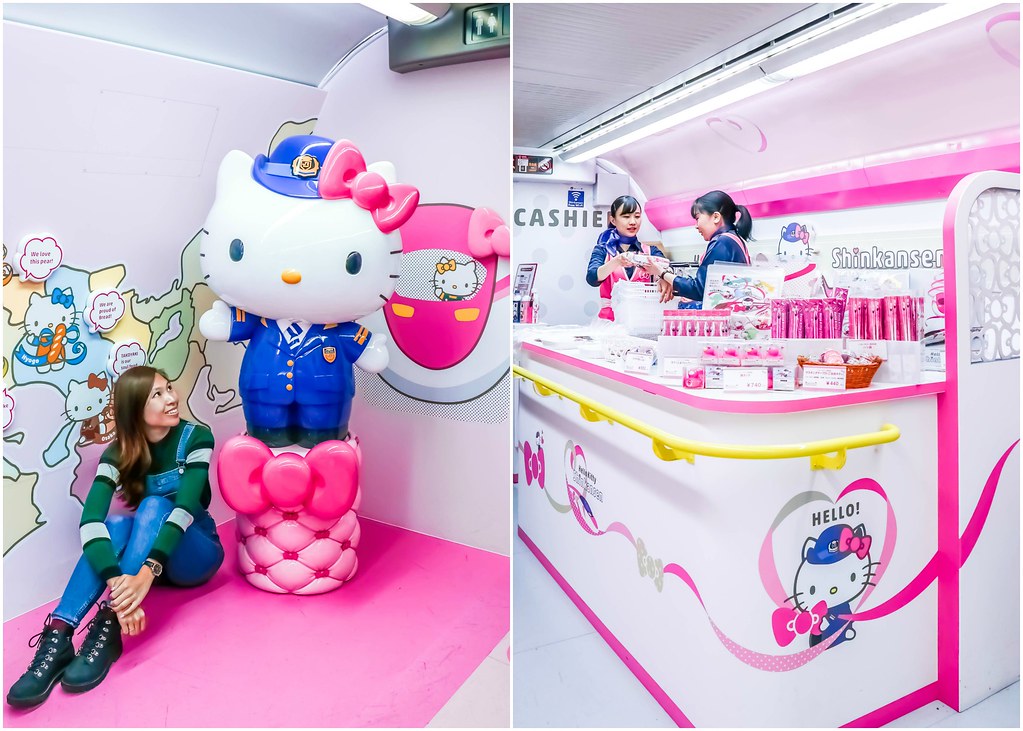 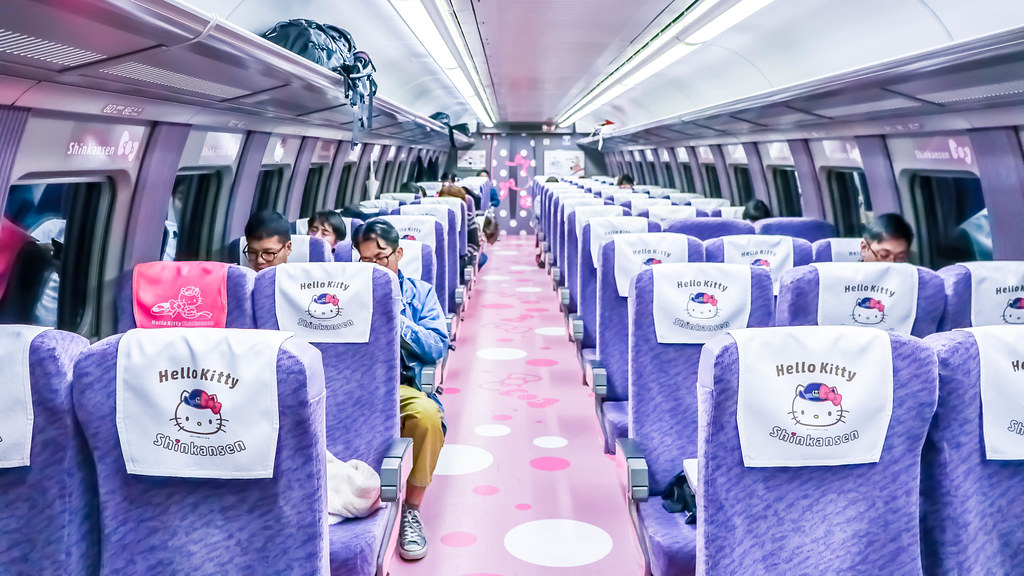 The Hello Kitty bullet train was launched on 30 June 2018 and will run for a limited time (for now, it’s not known until when). Hello Kitty’s iconic red ribbon is chosen as the main theme, as a way to symbolize the strengthening of the ties between the Shinkansen services and the western part of Japan. The train provides a Kodama service on the Sanyo Shinkansen line, which connects the western cities of Osaka and Fukuoka.

The first two cars are decked out in full Hello Kitty adorable fashion, with motifs from the Sanrio character and her friends, and even a photo booth. The first car, called, ‘Hello! Plaza’ does not have any passenger seats. It showcases local specialties, delicacies and souvenirs from the country’s western regions. There is a video corner, a photo booth, a break corner offering seats that look out to beautiful scenery, a shopping corner, and an exhibition corner.

The second car named, ‘Kawaii! Room’ is a passenger car covered from top to bottom with Hello Kitty and her friends. There’s even a Hello Kitty doll in Shinkansen uniform in front of a map which showcases the destinations that the bullet train stops at.

You should reserve your seat in advance at any JR office because there’s a high chance that the Hello Kitty bullet train will be packed for the duration of its run. The train numbers are Kodama 730 (Hakata to Shin-Osaka) and Kodama 741 (Shin-Osaka to Hakata).

1. Indications of Station Names
All JR stations display station names in both Japanese and Romanized English on their platforms. A given station’s name is in the top centre of the signboard, in large letters; the names of the previous station and the next station are at the bottom of the signboard, in smaller letters.

3. Public Telephone Inside Trains
Shinkansen trains are equipped with public telephones that use prepaid telephone cards, which are available for purchase aboard trains and at station kiosks

4. Food and Drink Sales at Stations and on Trains
Mobile vendors on some Shinkansen, limited express, and other trains sell “Ekiben” boxed lunches containing local specialty Japanese-style foods, as well as, snacks and drinks. These items are also readily available at kiosks and other stores at stations, many of which also have a variety of restaurants and vending machines.

5. Avoid Rush Hours in the Morning and Evening
In major cities, avoid travelling during the morning (7.30am to 9.30am) and evening (5pm to 8pm) rush hours. 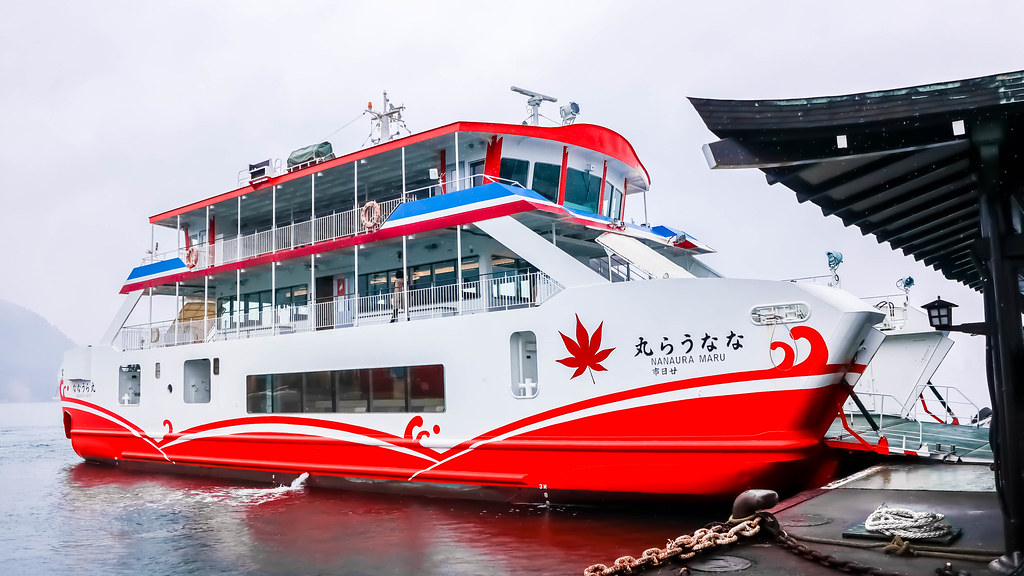 I didn’t know that I could visit Miyajima island from the city of Hiroshima via the JR-West Miyajima ferry until an officer from the JR office informed me. It’s included in your Japan Rail Pass! Taking this ferry helped me save ¥3,600 (the amount you have to pay for the normal touristic ferry which leaves from the Atomic Bomb Dome).

It’s so convenient and hassle-free travelling around Japan with the Japan Rail Pass. Remember to purchase it if you are visiting Japan soon.