Located 103 kilometers northeast of Barcelona, many tourists fly into Girona on one of the many budget airlines such as RyanAir, before making their way on to Barcelona. This was exactly what I did! However, due to some miscommunication with my mum, (she thought I’d be meeting her at a metro station named ‘Girona’ that’s located in Barcelona), I took an approximately 2 to 3 hours’ train ride from the quaint little town of Girona to Barcelona to meet her.

We had such a good laugh after that, and decided to be spontaneous, and headed back to the charming little town of Girona to explore. Little did we know, the views were spectacular, the food was simply delectable, and the people felt so welcoming. This was one of the better trips I’ve experienced. Long story short, I’ll start introducing Girona to all of you now!

Fans of the hit TV series, Game of Thrones, you definitely have to pay Girona a visit. This little town was a major filming location for the Game of Thrones. Girona is Braavos in season 6, and I had no idea that the Girona Cathedral was used in this season of Game of Thrones until after my trip. Many of the filming sites here were used with very little computer generated imagery, so these places appear almost like they do in the show.

Here are 5 of the best activities you can do in Girona! 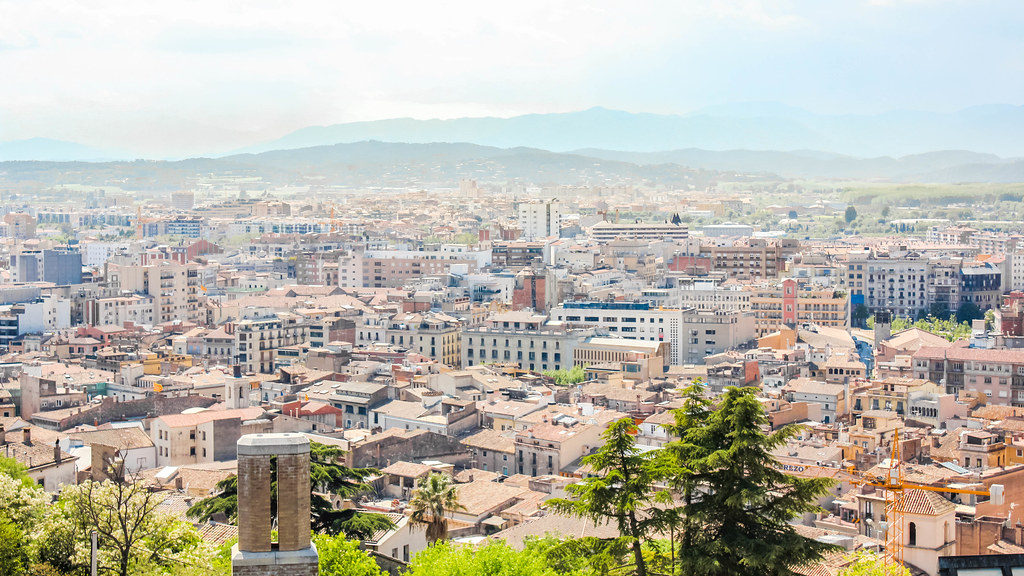 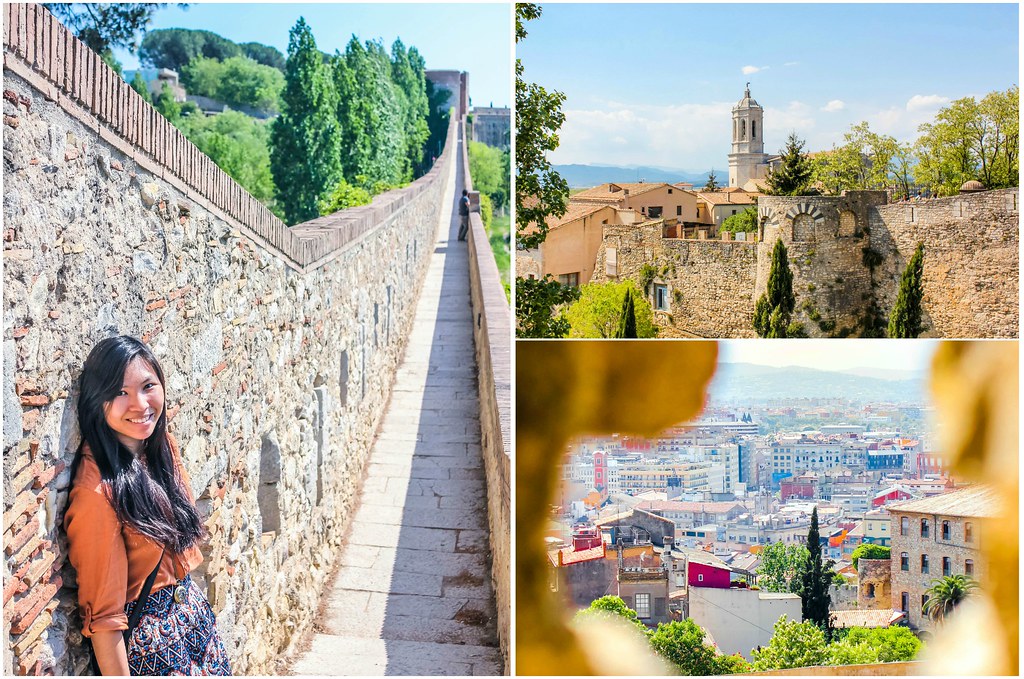 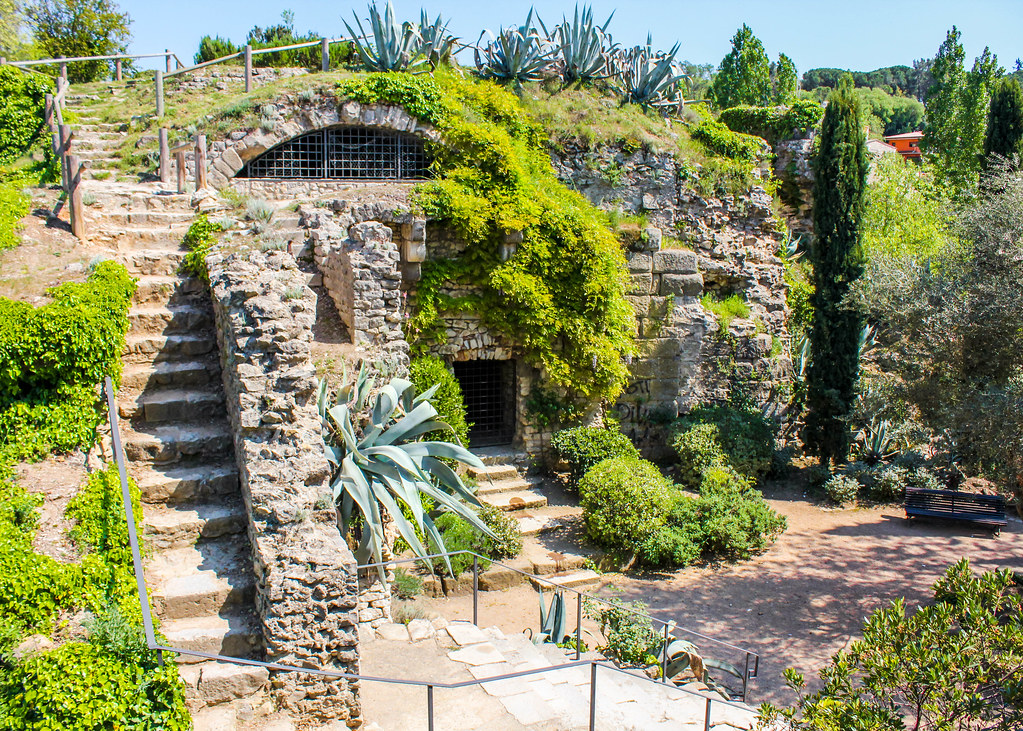 These medieval walls were formerly a fortification structure protecting the town from many wars centuries ago. It has gone through consistent and elaborate restoration and care, hence it is in a very good condition, so much so that it has become both locals and tourists’ favourite place for a nice stroll. You are able to take beautiful pictures too!

Almost the entire Western side of the town is surrounded by the Passeig de la Muralla, so you have a full panoramic view of the whole medieval part of Girona. The wall is easily accessible from three places, namely Placa Catalunya, the University of Girona Campus Barri Vell, and beside the Cathedral. Take a break at one of Girona’s most romantic places situated at the Northern end of the wall near the Cathedral. This area is called the Jardins dels Alemanys (the Garden of the Germans).

If you happen to be walking along the wall during sunset hour, you should climb one of the towers along the wall to enjoy the beautiful colours of the sky while the sun sets behind the line of the Pyrenees with a plane approaching every once in a while. This certainly stole my breath away! 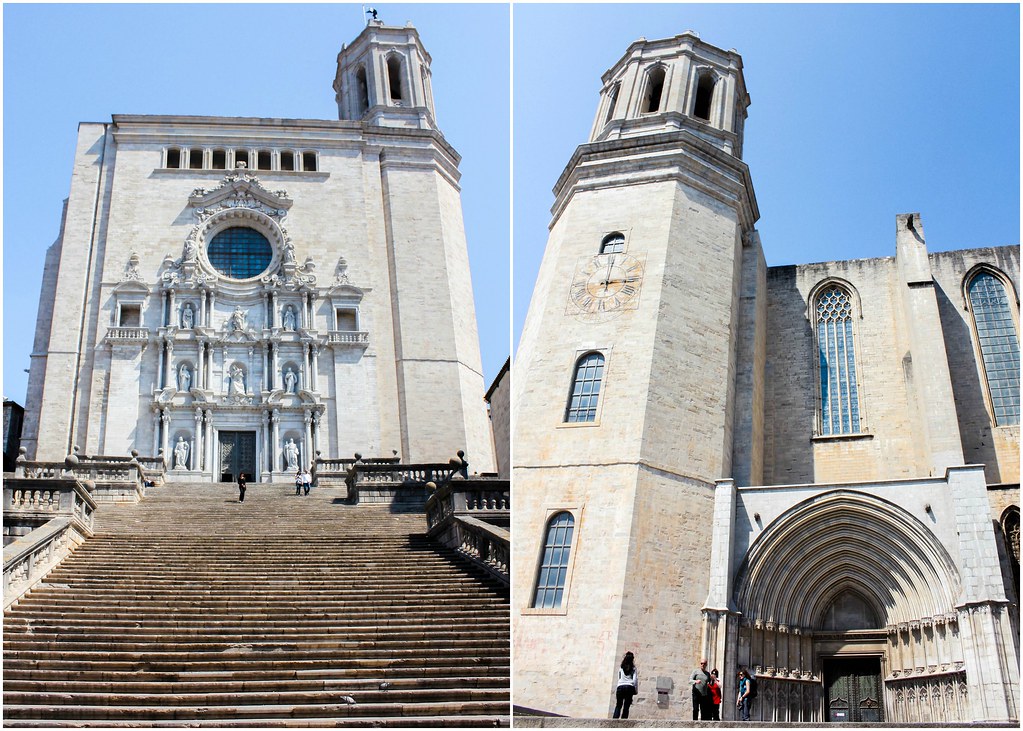 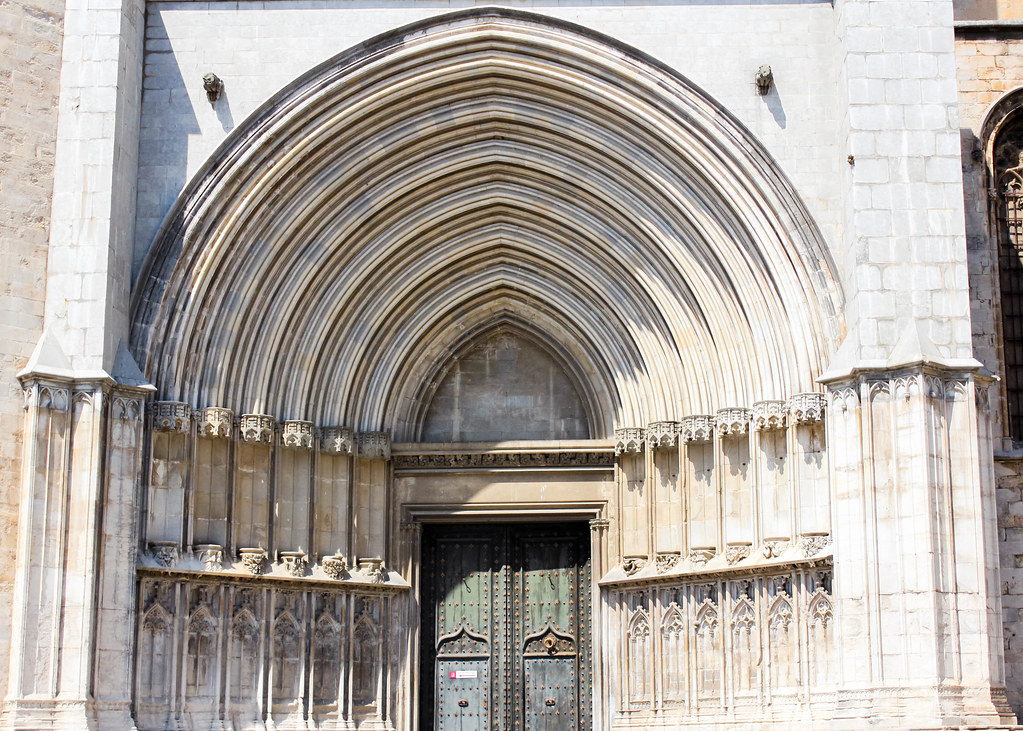 Walking up the long flight of 96 stone steps brings you to Girona Cathedral, which is famous for its single nave, the widest Gothic nave in the world. This majestic basilica was constructed in 1312, and took over four centuries to complete. Its architecture is very unique, with some Renaissance and Romanesque influence. The entrance fee covers the cathedral, its cloisters, and the museum which showcases a collection of ecclesiastical treasures.

#3 : Cross the Eiffel Bridge (Pont de les Peixateries Velles) while taking in the view of the Onyar River 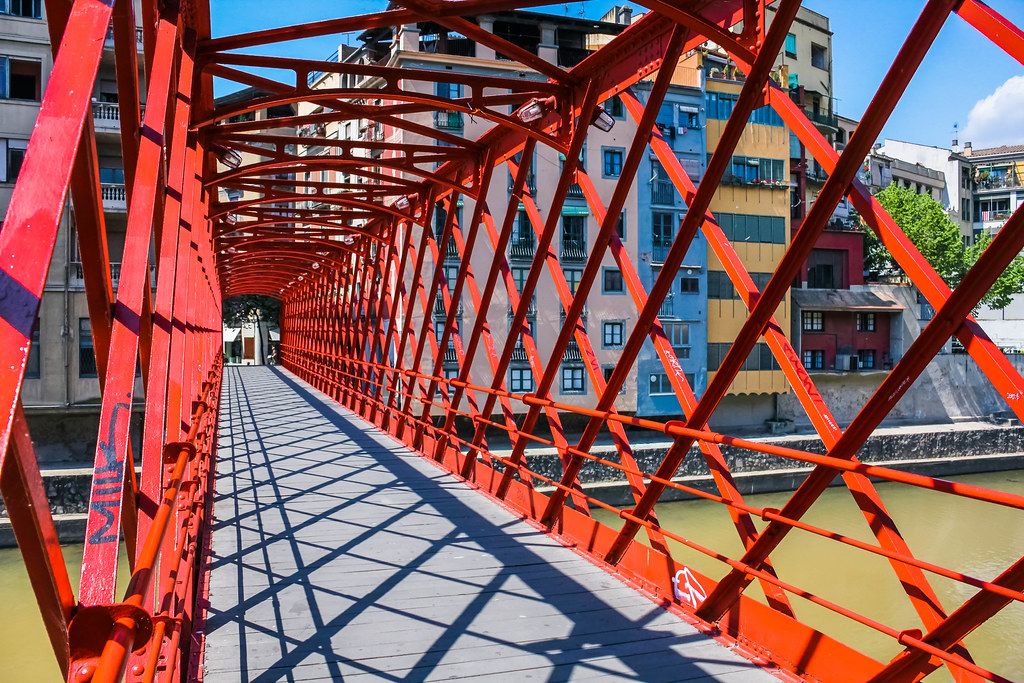 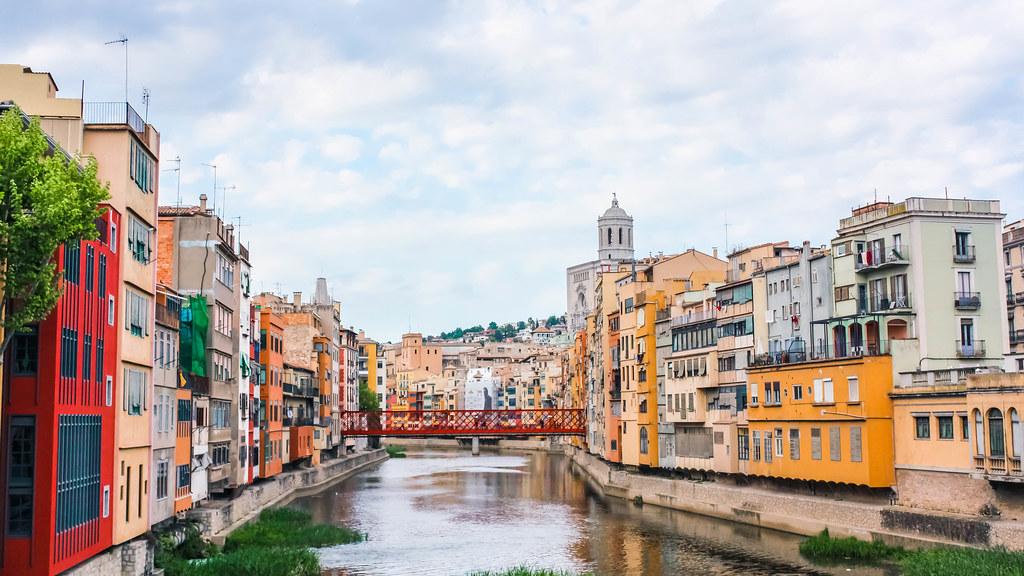 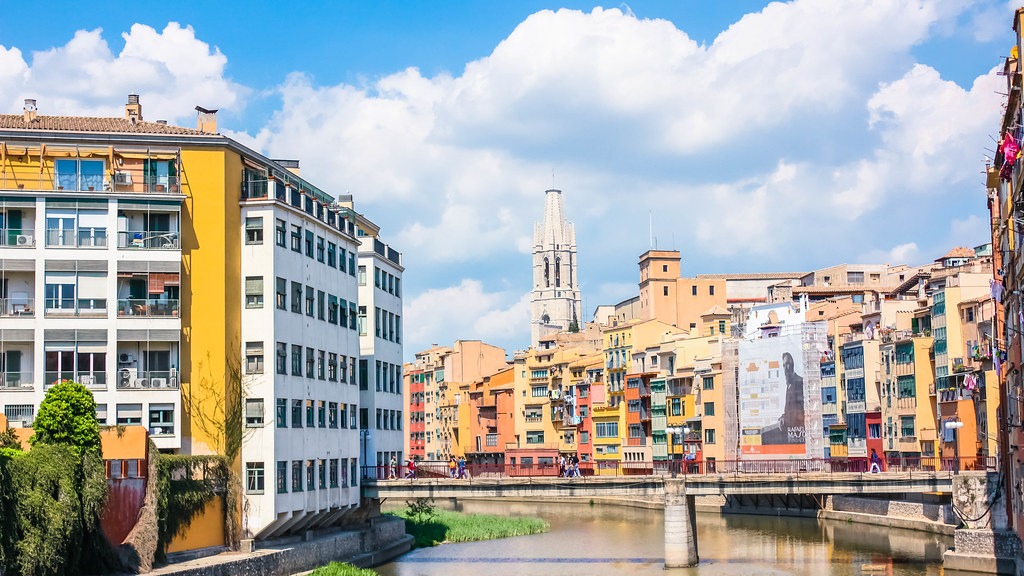 Fun fact – Do you know that Girona has got eleven bridges?! The most famous one is constructed by Gustave Eiffel just before the construction of the Eiffel Tower in Paris. The striking red Eiffel Bridge was constructed where four rivers meet. Look to your left, and your right, and you’ll be rewarded with breathtaking views of the Onyar River. You’ll come to a commercial street after crossing the Eiffel Bridge.

#4 : Enjoy a Picnic, and Relax at the La Devesa Park 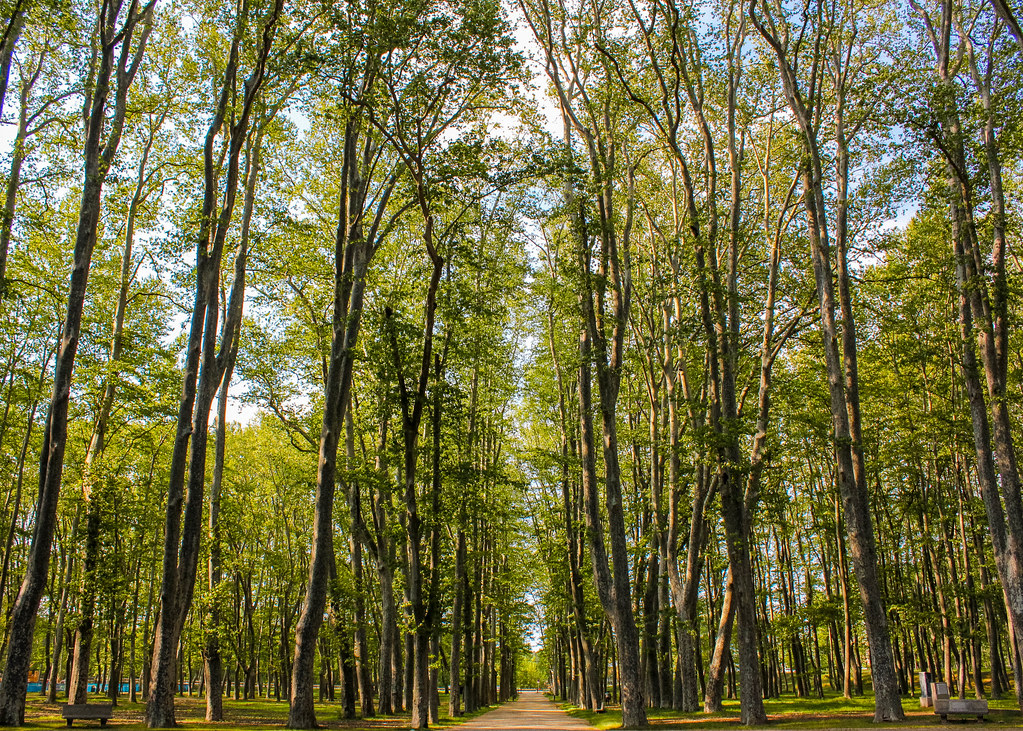 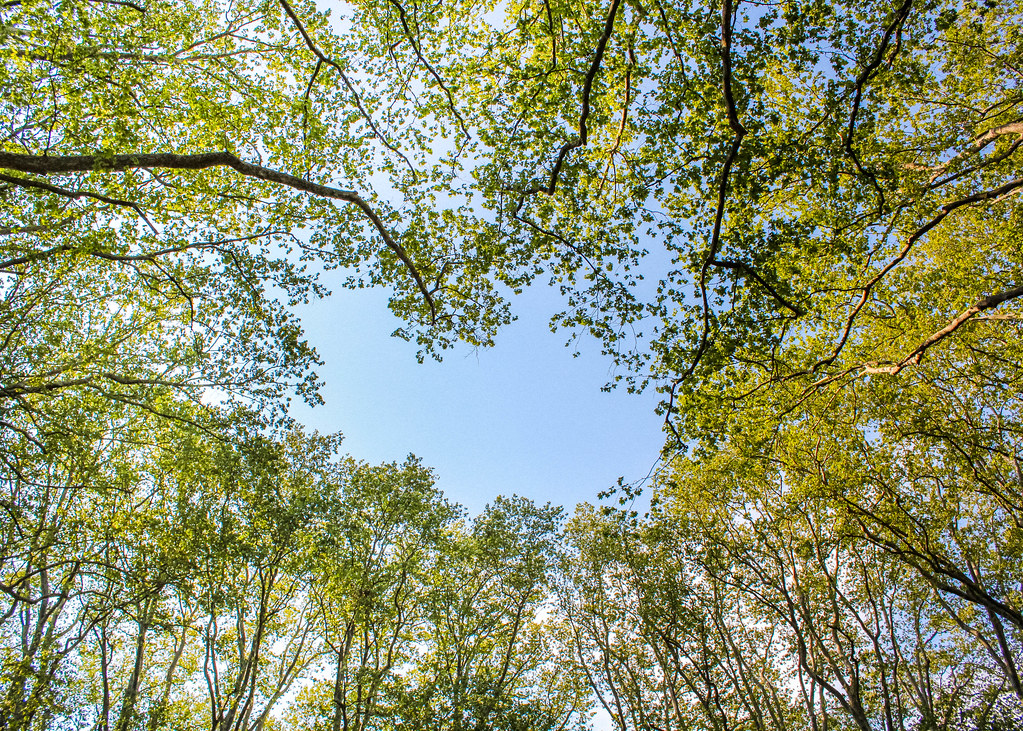 Spanning an area of ​​nearly 40 hectares, La Devesa Park is Girona’s urban green space and one of the largest in Catalonia. It is demarcated by the Ter River to the north, the Güell River to the west, the Onyar River to the east and the Güell-Devesa neighbourhood to the south.

There is a weekly street market, on Tuesdays and Thursdays, and, in late October, the Fair attractions of San Narciso, the town’s patron saint. A large proportion of La Devesa Park’s trees were planted in the 1850s, and some of them are as much as 55 metres high. This is a great place for gatherings with your loved ones on weekends! 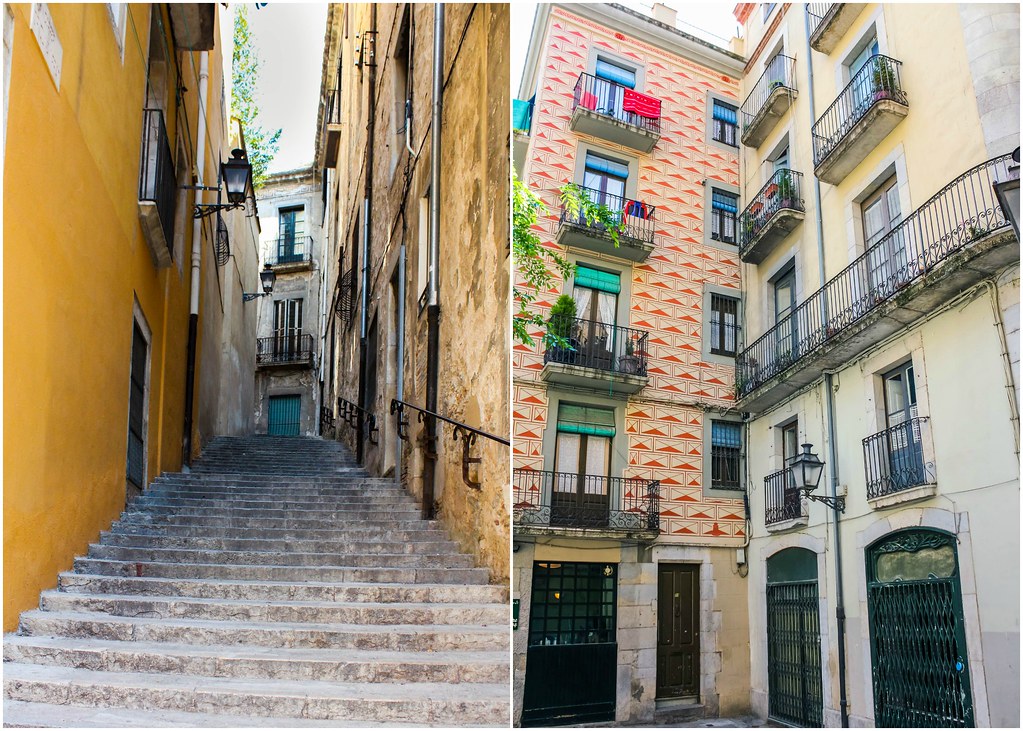 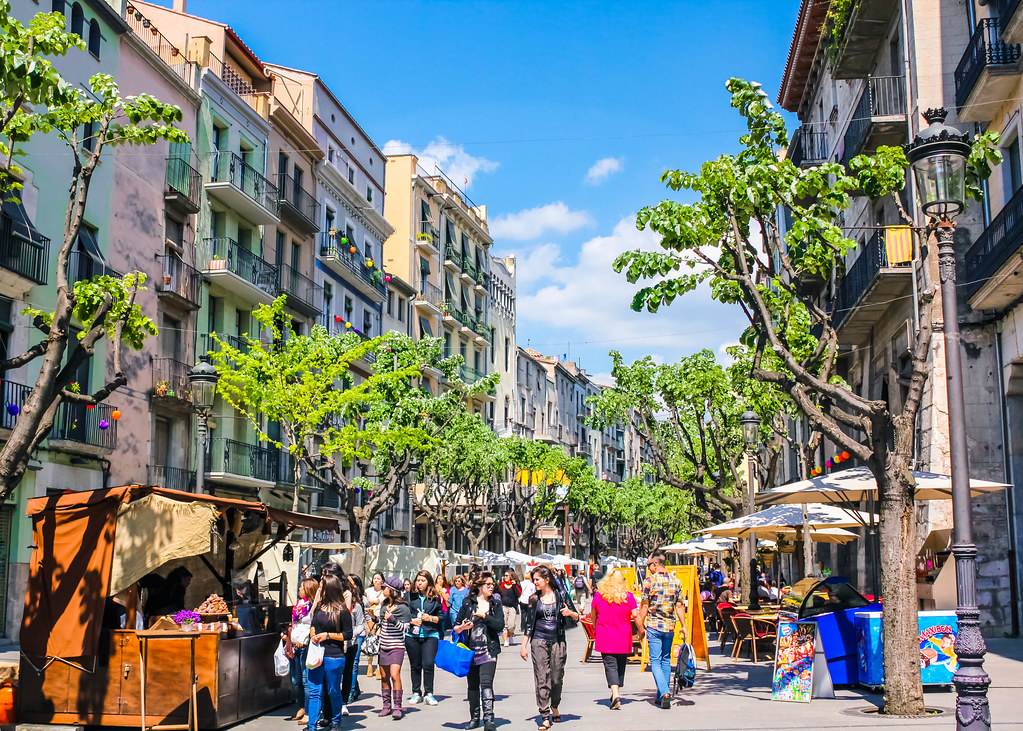 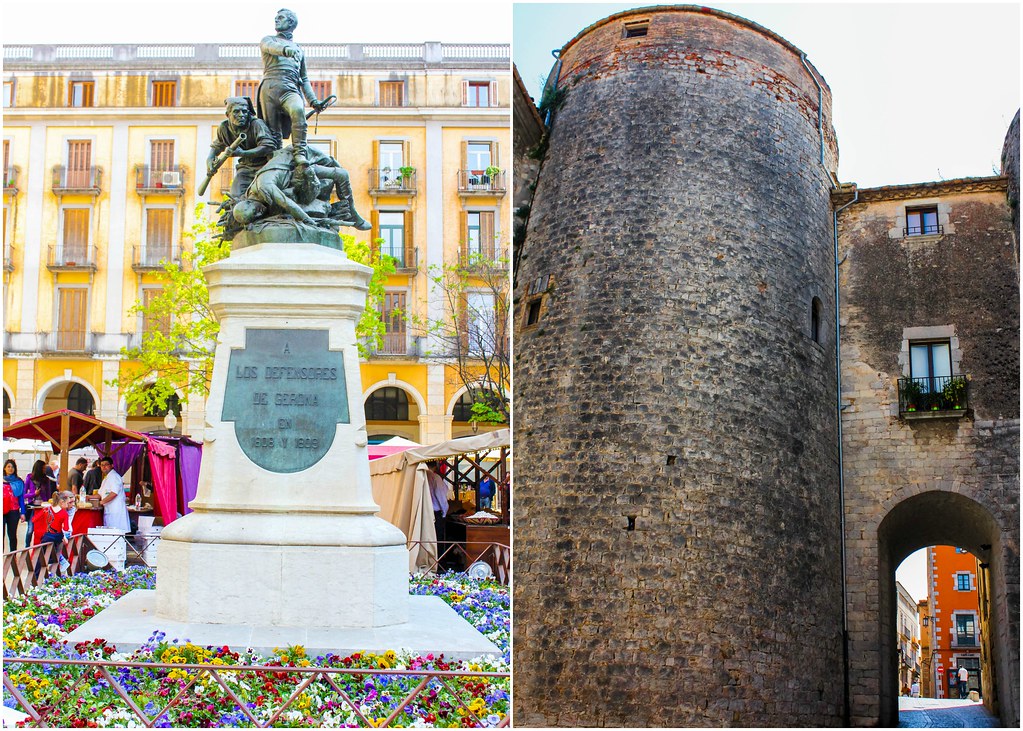 Girona is known for its Ciutat Antiga (Old City), especially the 13th-century Jewish Quarter, the Call, which is considered to be one of the two most important and best-preserved in Spain (the other is Toledo’s). Besides immersing yourself in the interesting Jewish history in Girona, you can pop by the livelier shopping district. The main business district, where most of Girona’s shops and leisure centers are concentrated, runs from Carrer de la Barca in the historic centre right over to Carrer Emili Grahit in the more modern part of the town.

Whether you prefer visiting museums and historical buildings, or love roaming old streets and squares, Girona will take you by surprise. The annual festivals held in Girona draw a huge crowd to the town, and the hearty Spanish fare is bound to satisfy even the fussiest palate. This vibrant town will always hold something in store to delight you. Ready to take your trip to Girona?

5 Instagram-Worthy Places in Penang You Should Check Out

On my previous trip to Penang, I’ve managed to visit a few local attractions. This time round, i went around the city looking for Instagram-worthy places.

Montigo Resorts provides the ultimate getaways for all generations. Check out the 5 reasons why you should book this for your next weekend staycation.