I’ve visited numerous temples across Asia during my trips, but I never expected myself to be incredibly impressed by the Fei Lai Feng (飞来峰) Scenic Area. I thought that this place will just be similar to other temples around Asia, but The Flying Peak aka Peak Flown From Afar, and the Lingyin (灵隐寺) Temple aka Temple of Soul’s Retreat were pretty unique. The scenic area exudes a strong, sacred Buddhist atmosphere, and there are many legends about the name of the peak. The following two legends are what most people believed in:

1. It is believed that an Indian monk named Huili arrived in the valley 1,600 years ago and was surprised to see a peak so dissimilar from any other one in the valley. He believed that the peak had flown over from India because the shape, although unique in China, was common in India. However, he did not know why the peak would have flown to this spot so far from his country. Hence, the peak’s name was created and has passed down to the present day.

2. It is believed that the peak was once a village in front of Lingyin Temple. Jigong, a monk from the temple, received a hint from the Buddha that a huge peak would fly down from afar and cover the entire village. So, he advised the villagers to evacuate but they treated it as a joke because he often played tricks on the villagers. On the day that the peak flew down, Jigong crashed a wedding and ran away with the bride on his back, causing the villagers to chase after him. The peak flew down and landed in front of Lingyin Temple, covering the village, right at the moment, and it was only then that people realised that Jigong “stole” the bride in order to save their lives. Hence, the name of the peak. 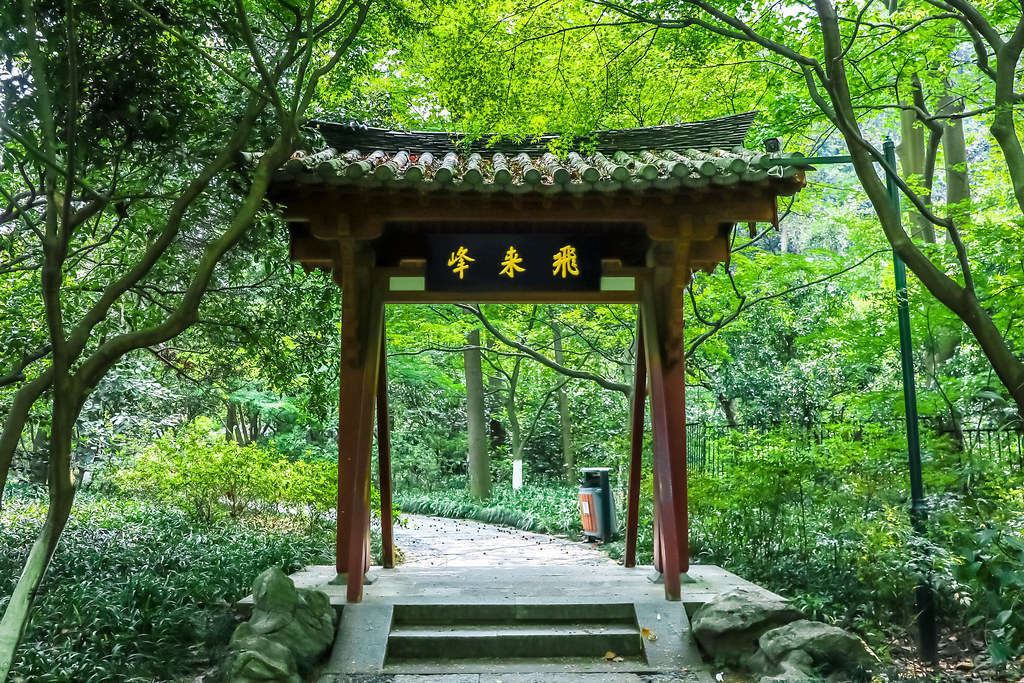 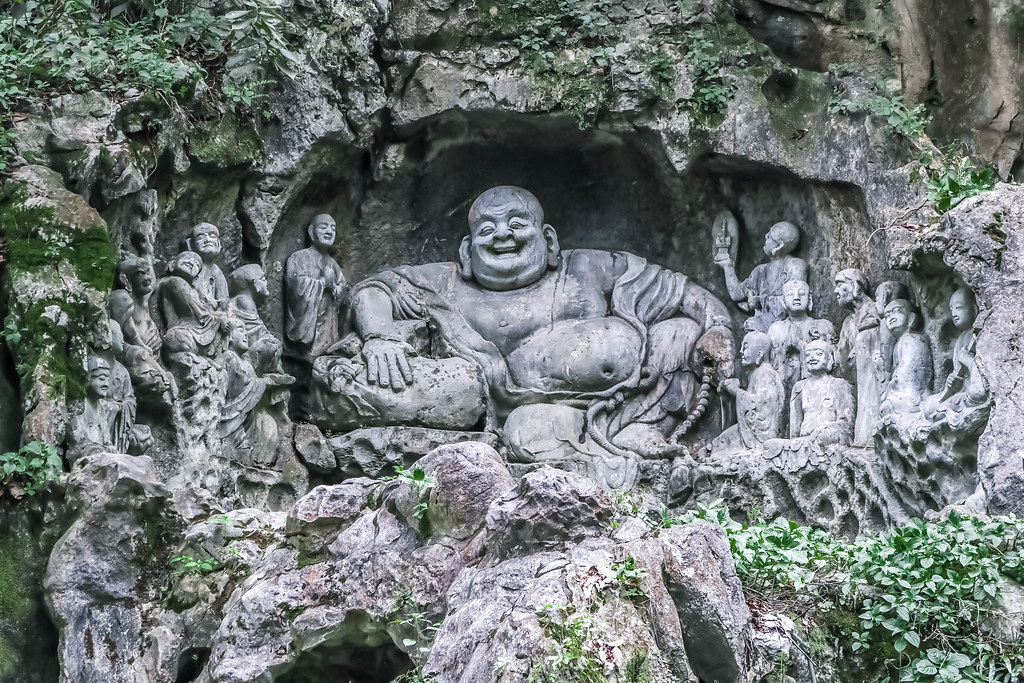 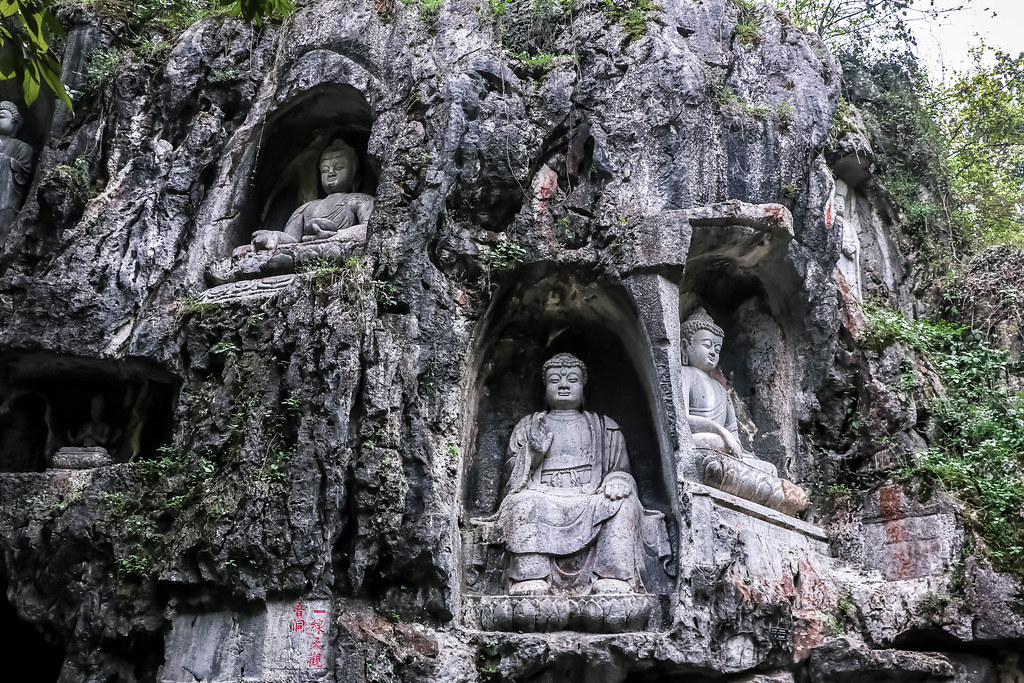 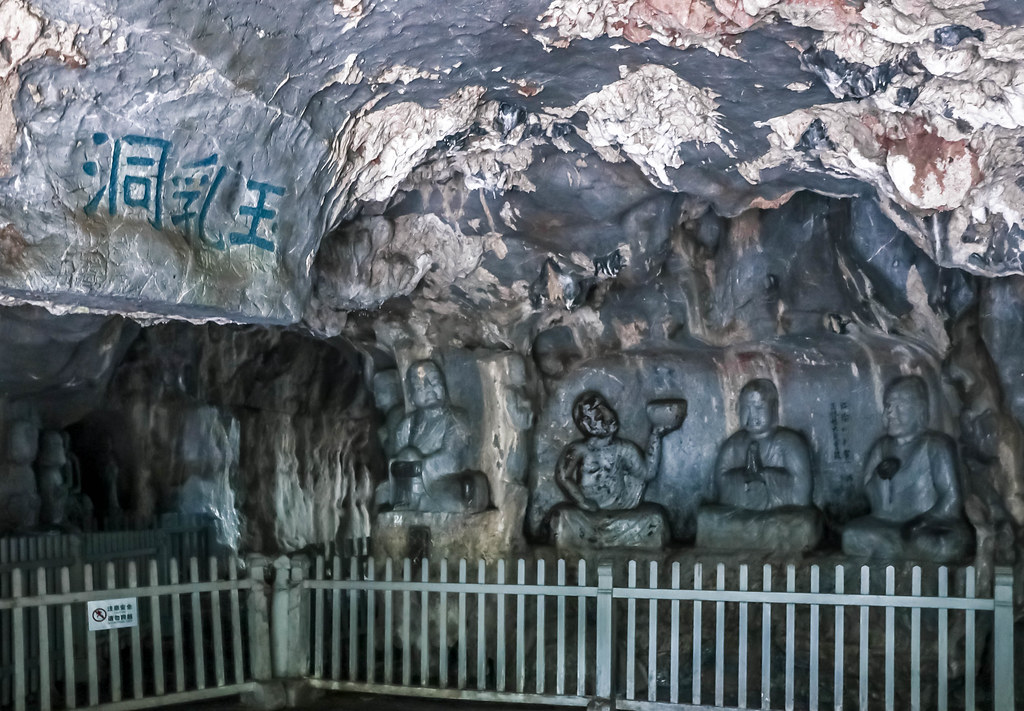 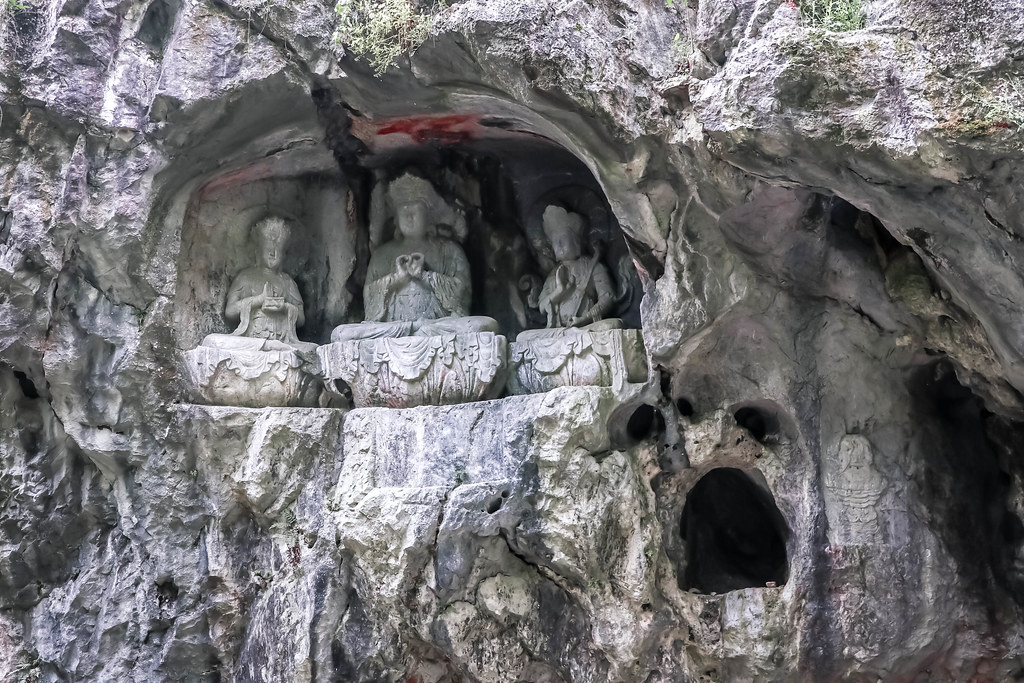 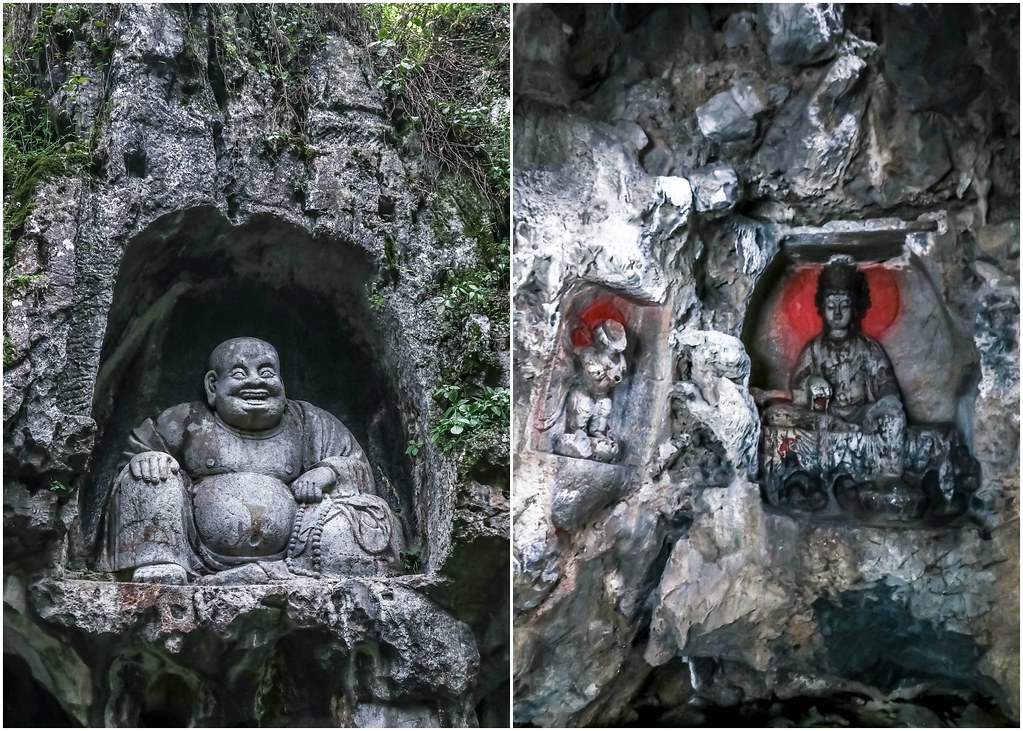 Without further ado, here’s a brief summary of Fei Lai Feng, the pure limestone mountain with peculiar caves and valuable Buddha statues. I’m not sure what the exact number of caves are at Fei Lai Feng, but I heard that each cave has its own story. While some caves can be accessed today, others have been covered as time went by. Hundreds of Buddha statues have been traced back to the Five Dynasties (907-979), the Song Dynasty (960-1279) and the Yuan Dynasty (1206-1368). There are large stones scattered along the peak which bear some resemblance to animals like a crouching tiger, a fleeing monkey, and a flying dragon. On the other side of the peak, a pavilion named Cui Wei was erected to immortalise the national hero, Yue Fei. 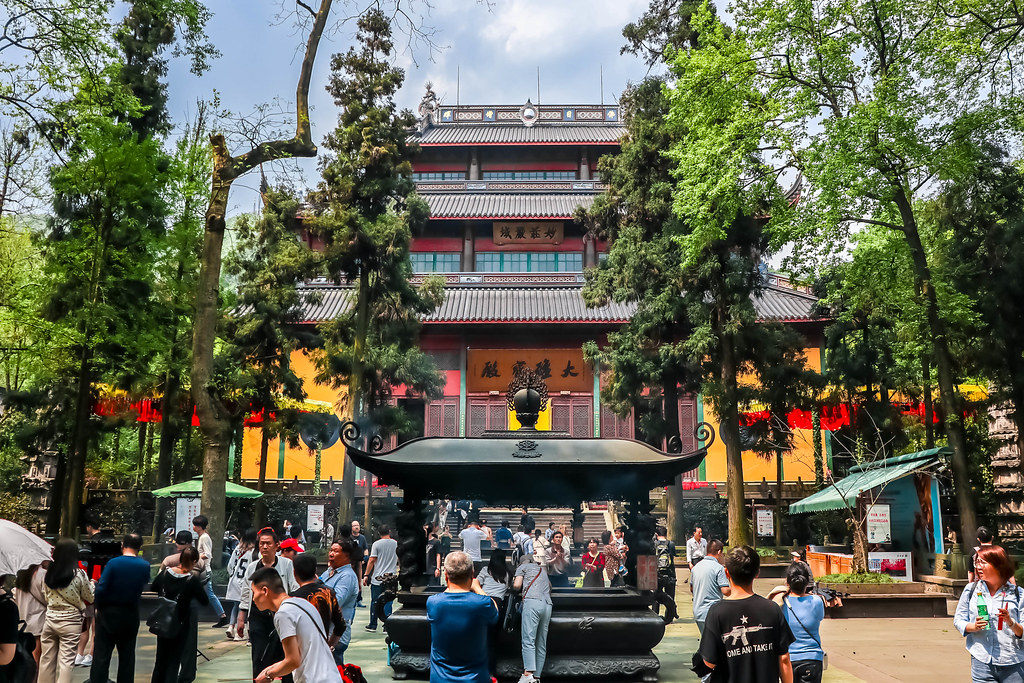 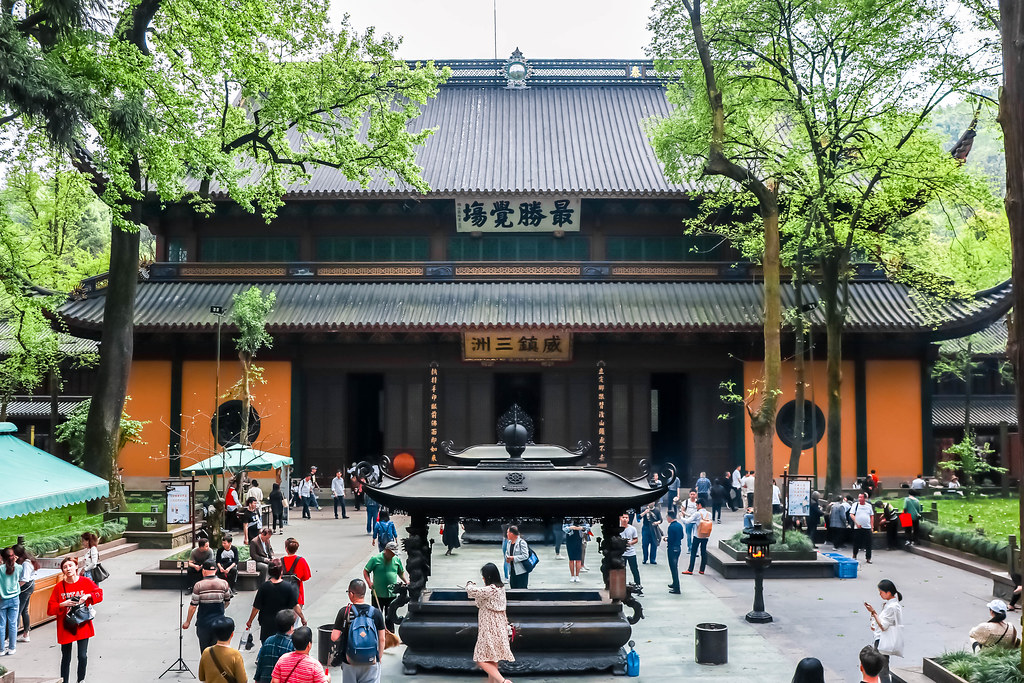 Apart from visiting The Flying Peak, you can pay respects at the Lingyin Temple within the Fei Lai Feng Scenic Area. This famous ancient Buddhist monastery has survived for over 1,600 years, and is the earliest temple built in Hangzhou. Since its establishment in 326, the temple was destroyed and reconstructed for over ten times, and the present structure you see today was reconstructed in the late Qing Dynasty (1644-1911), with renovations made in 1956 and 1975. You can visit the Hall of Heavenly Kings, the Mahavira Hall, and the Hall of Medicine Buddha.

The Mahavira Hall is my favourite due to the gild Sakyamuni sitting on a lotus throne which is one of the largest wooden sitting Buddhas in the country. There are 20 standing heavenly gods on both sides of the hall, and 12 sitting Bodhisattravas in the back. The other reason why this is my favourite hall is that on the back wall of the hall, there are over 150 relievos with great artistic values, vividly portraying some Buddhist stories about Avalokitesvara, and Sakyamuni.

Out of respect, I did not take any pictures of the halls’ interior, so you’ll have to visit this place yourself if you’re curious about what I’ve seen and experienced.

There are some eateries and souvenir shops outside the Fei Lai Feng Scenic Area where you can take a break, recharge and refuel your body for more adventures during your time in Hangzhou.