“Reading is a passport to countless adventures.” – Mary Pope Osborne

Since young, I’ve always enjoyed reading during my free time. My parents brought me to the libraries around Singapore and huge bookstores like Borders (no longer around in Singapore) and Kinokuniya once in a fortnight. In Primary School, I used to be given “book reviews” as homework, but instead of dreading these assignments, I loved them. The genre of novels I’ve read changed over the years. I find non-fiction books a tad too dry and boring, and I’m currently switching between a variety of fiction genres which ranges from classics, crime and detective, drama, historical fiction, mystery, romance to thriller. Seeing that I’ve read so many books, I’ve decided to share a monthly article on my favourite 5 travel-related books, starting from January 2020. 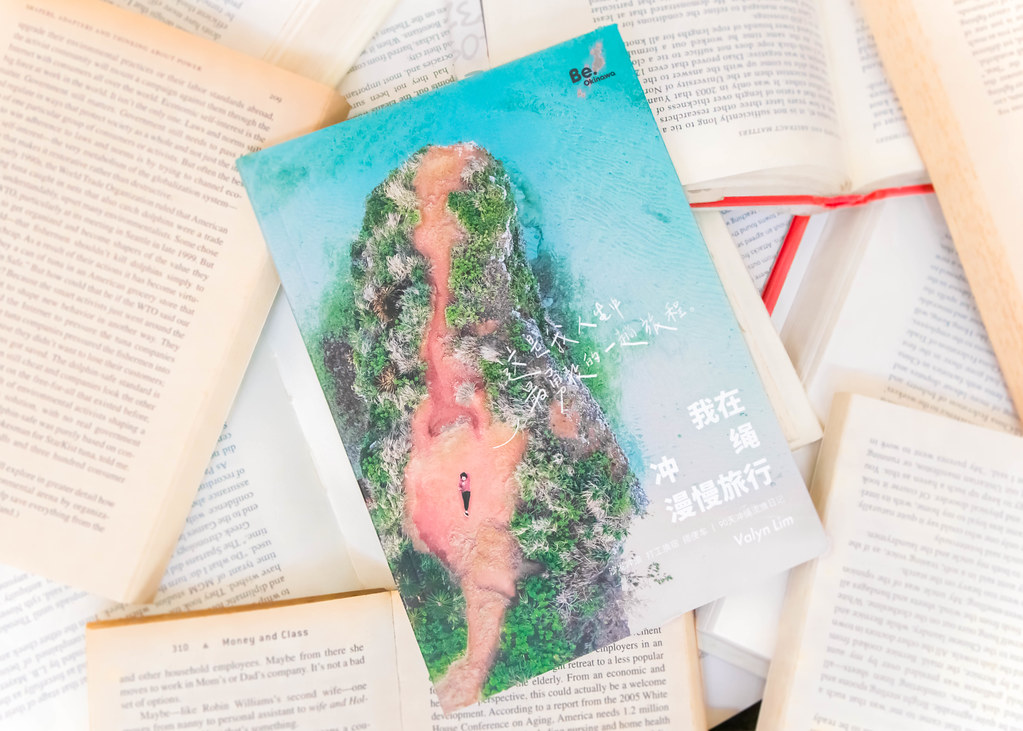 Valyn is one of my good friends whom I can genuinely trust in the blogging world. I’m extremely proud of her for having spent 90 days exploring Okinawa on her own, and eventually turning her thoughts and feelings into words in her newly published Okinawa travel guide. She couch-surfed and hitchhiked in Okinawa throughout her trip, and has shared her experiences in this book. Instead of visiting big cities and touristic attractions, Valyn chose to discover Okinawa from a Japanese local’s point of view. “我在冲绳漫慢旅行” is an insightful book on how the locals live their life in Okinawa. I hope you’ll be as entertained as I was when checking out this book.

#2 – The Guardians Trilogy by Nora Roberts 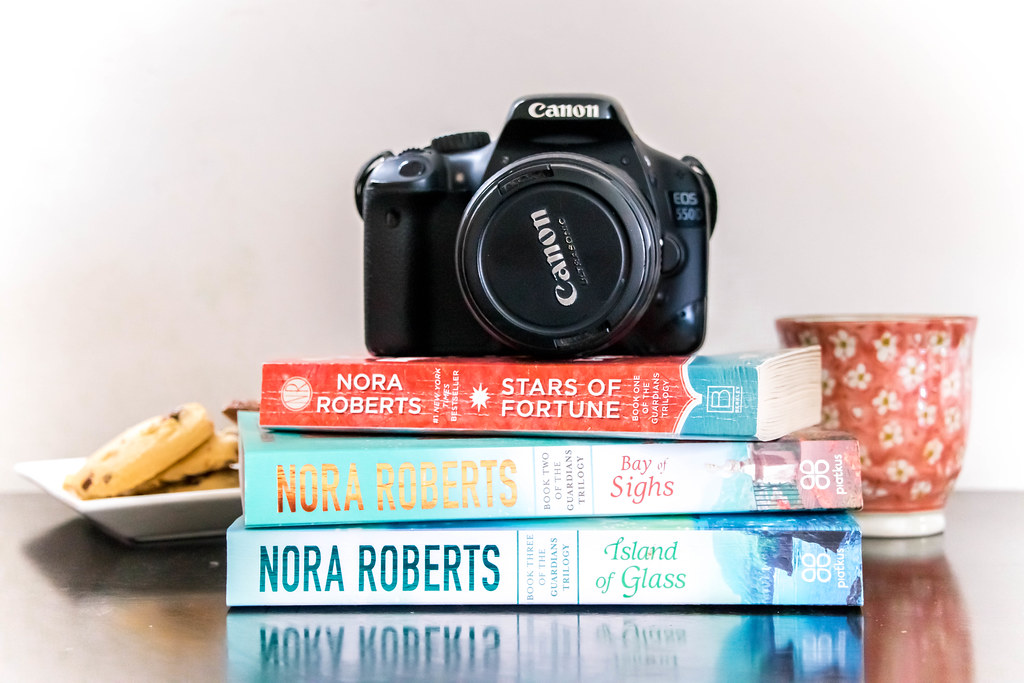 Nora Roberts is my favourite author as her novels have a mix of mystery, romance, and sometimes, crime or thriller – the stories always keep me up till the wee hours in the morning; I just can’t stop reading. The Guardians Trilogy talks about three women and three men who join forces to solve an ancient mystery through the power of timeless love. The first book, “Stars of Fortune”, in The Guardians Trilogy is set in the Greek island of Corfu while the second book, “Bay of Sighs”, brings the characters to the island of Capri and the third book, “Island of Glass”, captivates readers in the wild and beautiful coast of County Clare. I love how Nora Roberts has described the three destinations. She makes me want to book the next flight to the islands right now. 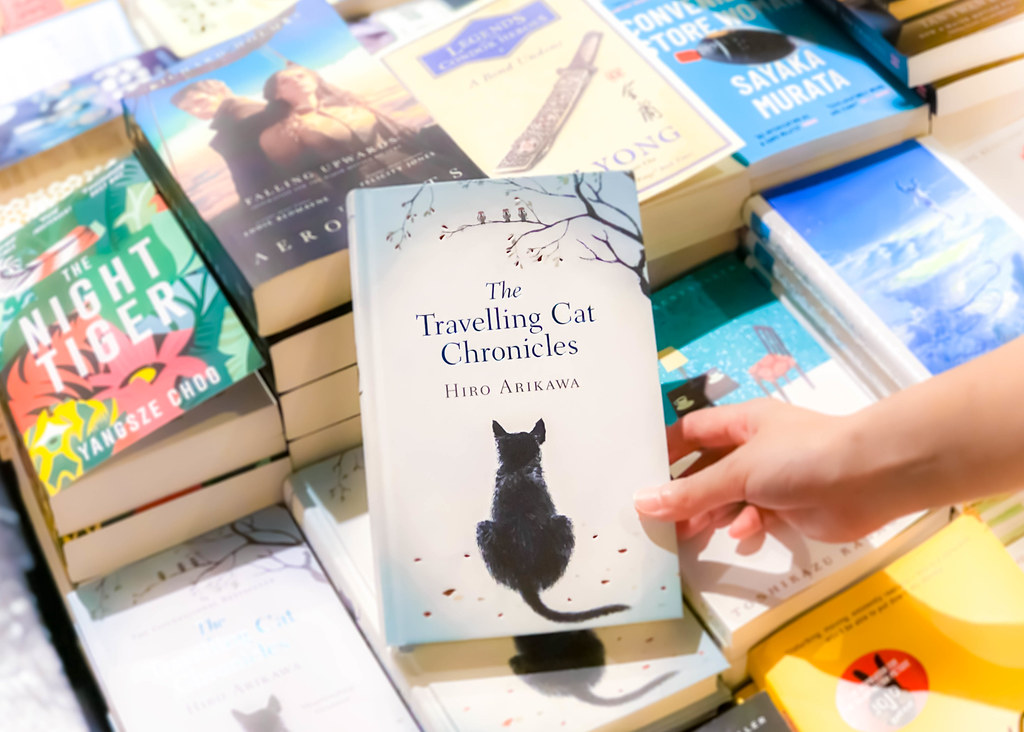 I love animals and I love books but I try my best to avoid stories about animals because they usually leave me in tears. (Ps. With the exception of Stephen King’s Pet Sematary). When I chanced upon “The Travelling Cat Chronicles” by Hiro Arikawa, I was first attracted to the cover art. The novel is mostly narrated by a cat named Nana adopted by a single man named Satoru. In the story, Nana and Satoru went on a road trip across Japan in a silver van for reasons I won’t spoil here. They visit Kosuke, Satoru’s best friend from grade school, who is having marital troubles; Yoshimine, a friend from middle school who now works as a farmer; and a couple, Sugi and Chikako, Satoru’s closest high school friends, who are now married to each other. Besides portraying a family-like bond between people and their pets, “The Travelling Cat Chronicles” also explores friendships, especially special ones which turn into family-friends. Get your tissues ready before reading this book.

#4 – A Different Sky by Meira Chand 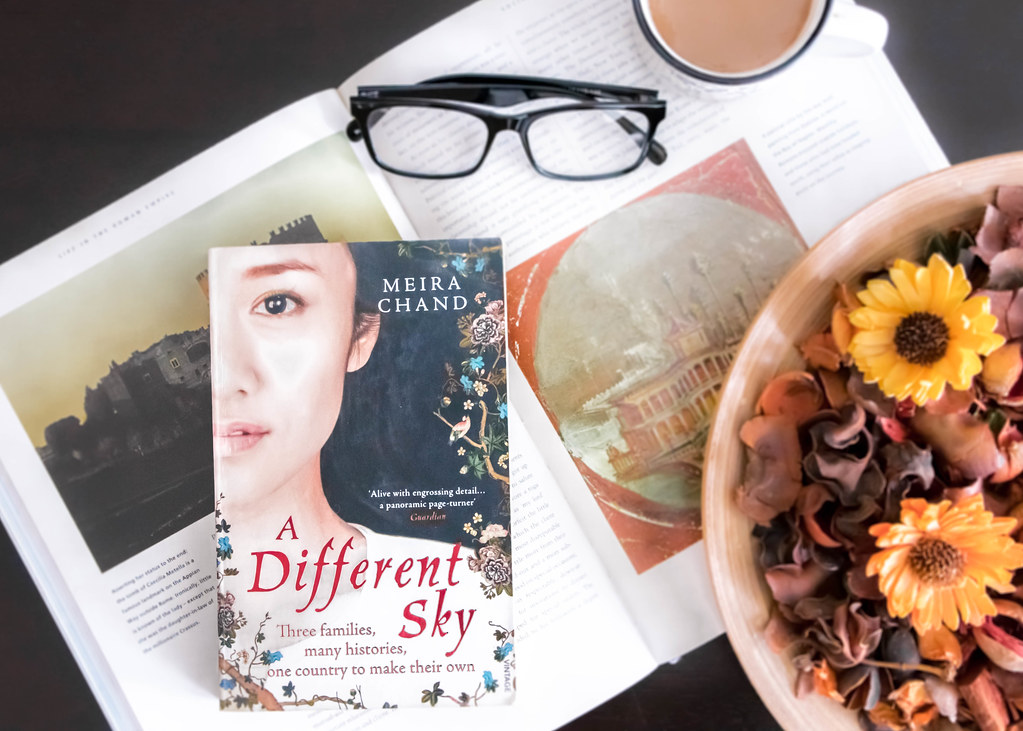 If you’re interested in learning about Singapore’s history before taking a trip here, I recommend this historical fiction. The story is complex, but engaging. To be honest, as compared to the other novels, this took me a longer time to finish reading because I was trying hard to digest the content while researching about the true events that happened during those days. Here’s a summary of the book:

Singapore – a trading post where different lives jostle and mix. It is 1927 and three young people are starting to question whether this in-between island can ever truly be their home. Mei Lan comes from a famous Chinese dynasty but yearns to free herself from its stifling traditions; Howard seethes at the indignities heaped on his fellow Eurasians by the colonial British; Raj, fresh off the boat from India, wants only to work hard and become a successful businessman. As the years pass, Singapore falls to the Japanese. While suffering the agonies of occupation, the three are thrown together in unexpected ways, and tested to breaking point.

Beginning in Singapore’s first communist riot in 1927, and set against the years before the colony achieved full independence, the novel follows the lives of three families caught up in tumultuous times. From a traditional Chinese world of female foot binding and submission, Mei Lan seeks to become a modern woman in a male orientated society. Unable to fulfil ambitions to study abroad, Eurasian Howard is filled with anger against his colonial masters who ignore a man’s merit and hold him to his place, limiting hopes of betterment.

During the Japanese occupation Howard is forced to flee into the jungle, living with communist guerrillas. In contrast Raj Sherma’s wheeling and dealing under the Japanese allows him to prosper while his sister, Leila, and her husband, Krishna, become infatuated by the charismatic Subash Chandra Bose and join the Indian National Army. Once the war ends communism spreads its roots throughout South East Asia, and the urge for nationhood grips those countries in the region still under British rule. Howard becomes enmeshed in the violent birthing of politics in a country that has previously known only British Rule. Mei Lan, her life blighted by the effects of imprisonment and torture under the Japanese, become an iconic figure in the struggle for women’s rights.

Later the growing violence of post war Singapore, where history sits on the knife-edge of communism, sweeps up Mei Lan’s young teenage relative, Greta. The explosive era of the 50’s, where workers strike daily and Chinese school children, full of revolutionary ideas, join in vicious communist backed riots, involves everyone. 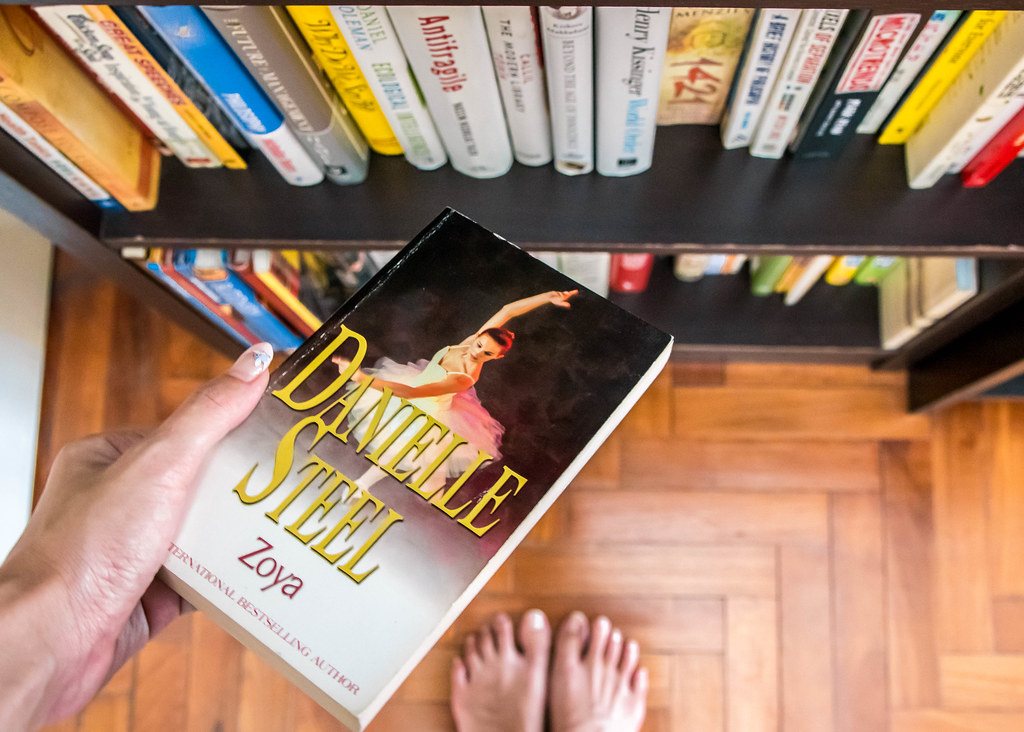 Danielle Steel is another one of my favourite authors. I find her novels very inspiring, especially the historical fiction, “Zoya”. You’ll get a glimpse of what life was like in the past in St. Petersburg, Paris and America. Here’s a summary of the book:

Against the backdrop of the Russian Revolution and World War I Europe, Zoya, young cousin to the Tsar, flees St. Petersburg to Paris to find safety. Her entire world forever changed, she faces hard times and joins the Ballet Russe in Paris. And then, when life is kind to her, Zoya moves on to a new and glittering life in New York. The days of ease are all too brief as the Depression strikes, and she loses everything yet again. It is her career, and the man she meets in the course of it, which ultimately save her, as she rebuilds her life through the war years and beyond. And it is her family that comes to mean everything to her. From the roaring twenties to the 1980’s, Zoya remains a rare and spirited woman whose legacy will live on.

I’ve learnt a very important life lesson from this novel – it’s to never give up. Whenever life deals you with challenges and obstacles, you have to be determined and persevere through it. You’ll eventually triumph with your indomitable spirit.

If you’ve already read the books, do comment below and share your thoughts with me. Feel free to also share any travel-related books that you find interesting. I might just look for it at the library or the bookstores and review it next month.

Situated approximately 1.5 hours away by flight from Singapore, you can easily enjoy a slice of paradise at Tanjung Rhu Resort Langkawi.

Finished reading the books that I’ve recommended in January? Do check out the following 5 best travel books for the month of February 2020.