Located within a close proximity to The Bund, Yu Yuan (豫园), also known as Yu Garden, is the only fully restored classical Chinese garden in Shanghai. Yu Yuan was first established in 1559 as the private garden of Pan Yun Duan, a government official in the Ming Dynasty. Subsequently, the garden was inherited by Zhang Zhao Lin, the husband of Pan Yun Duan’s grand-daughter, and then passed on to different owners. In 1982, Yu Garden was listed as an important national relic protection unit. 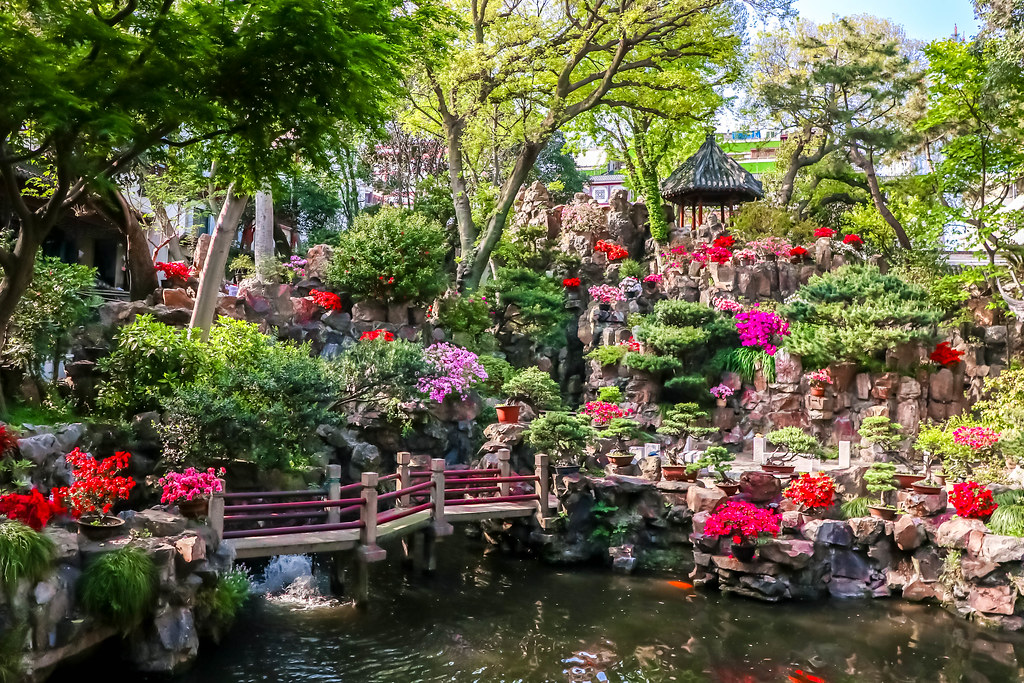 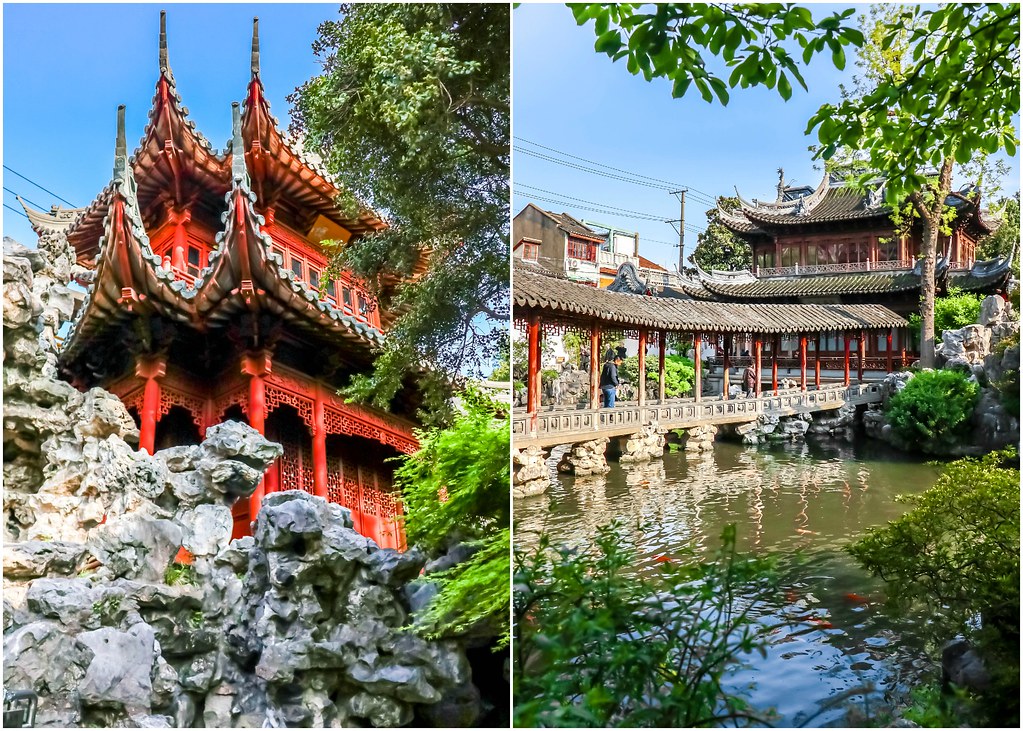 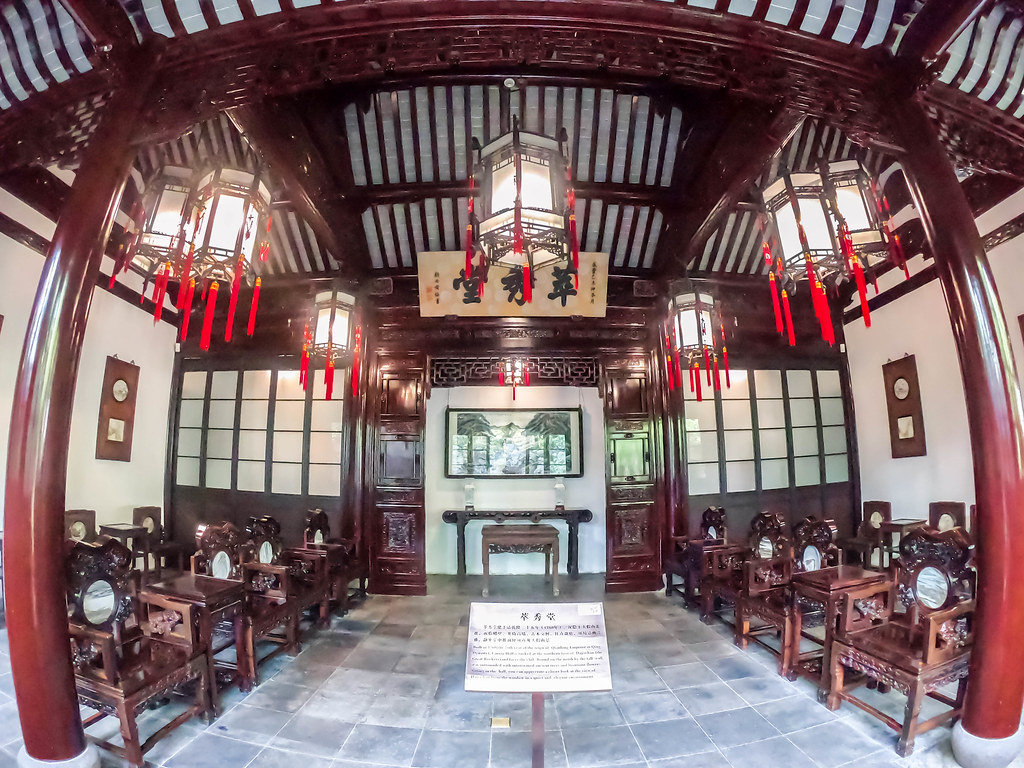 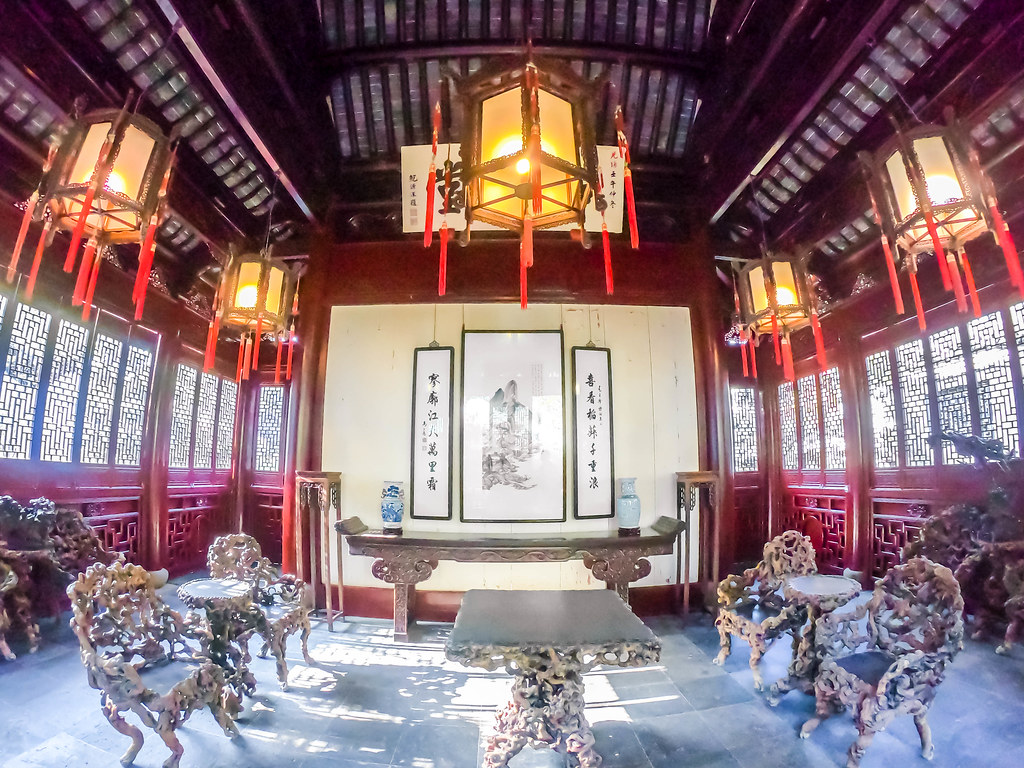 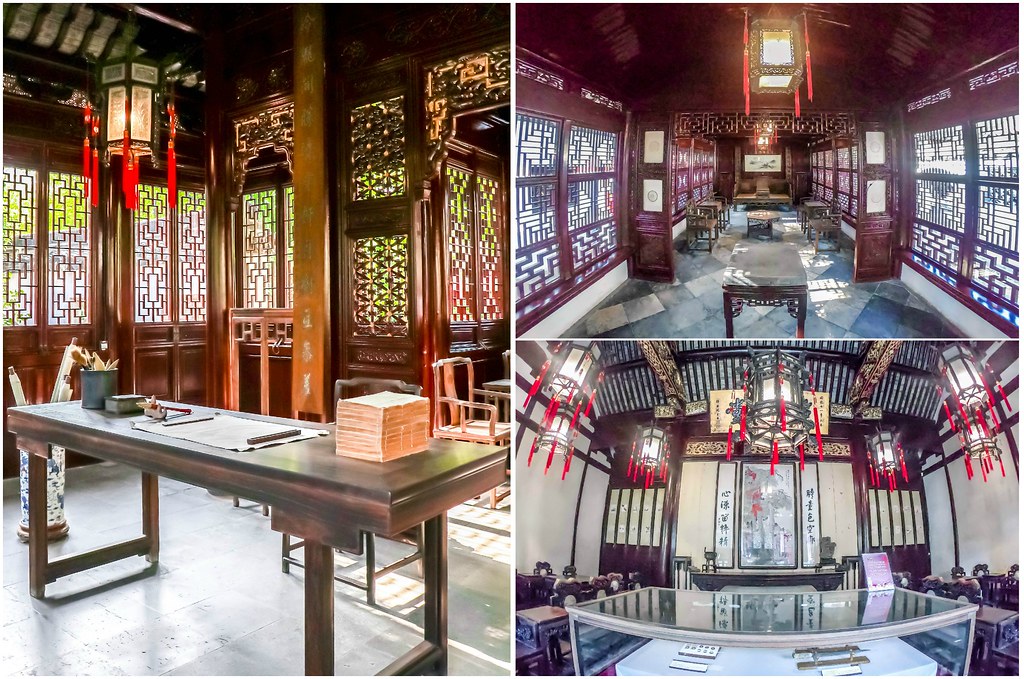 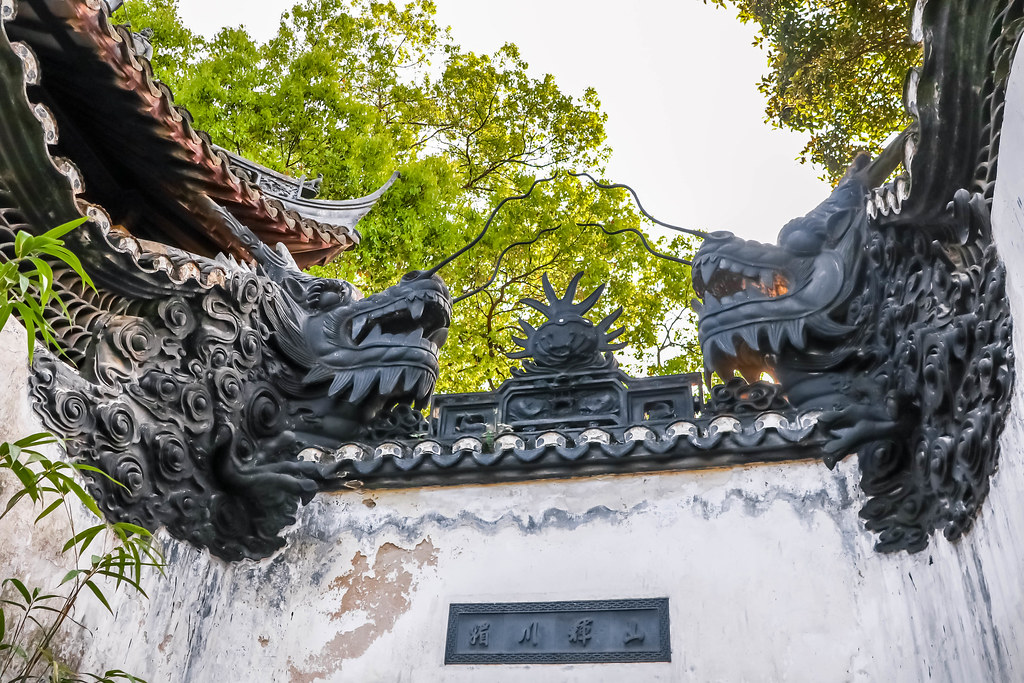 Yu Yuan features six scenic areas namely, the Sansui Hall, the Wanhua Chamber, the Dianchun Hall, the Huijing Hall, the Yuhua Hall, and the Inner Garden. Each scenic area boasts its own unique sights and is separated from each other by dragon walls with undulating grey-tiled ridges, each terminating in a dragon’s head. The entire complex is beautifully made up of all the different elements that a classical Chinese garden should have. From traditional Chinese architecture, sculptures and carvings, to pavilions, lotus ponds, rockeries, bridges and dragon walls, you can admire the beauty and grandeur of Yu Yuan from different corners of the garden. 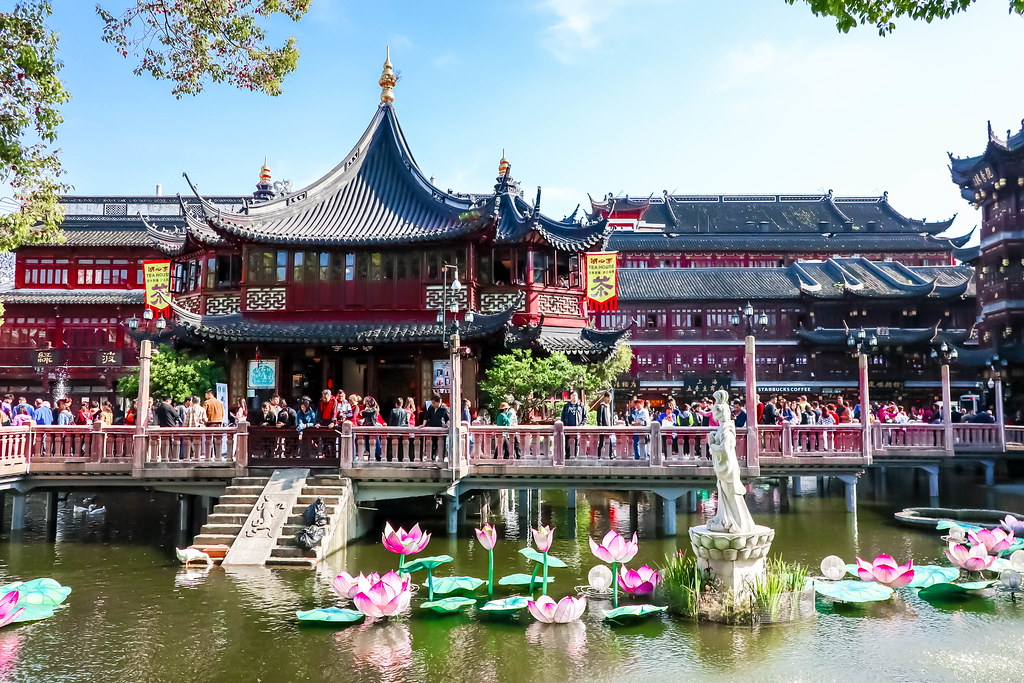 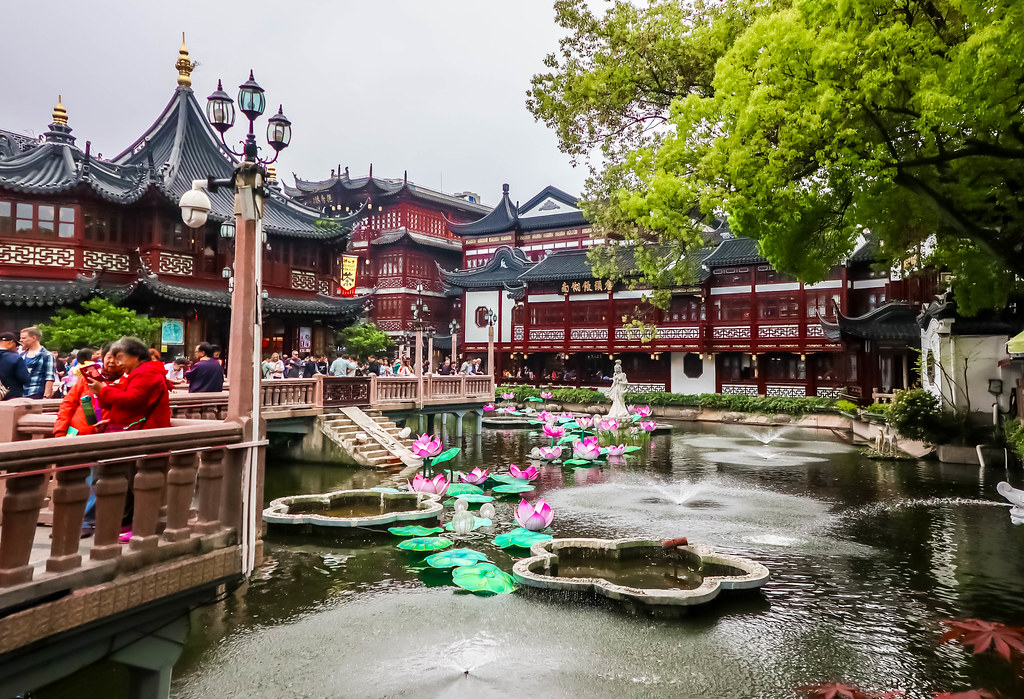 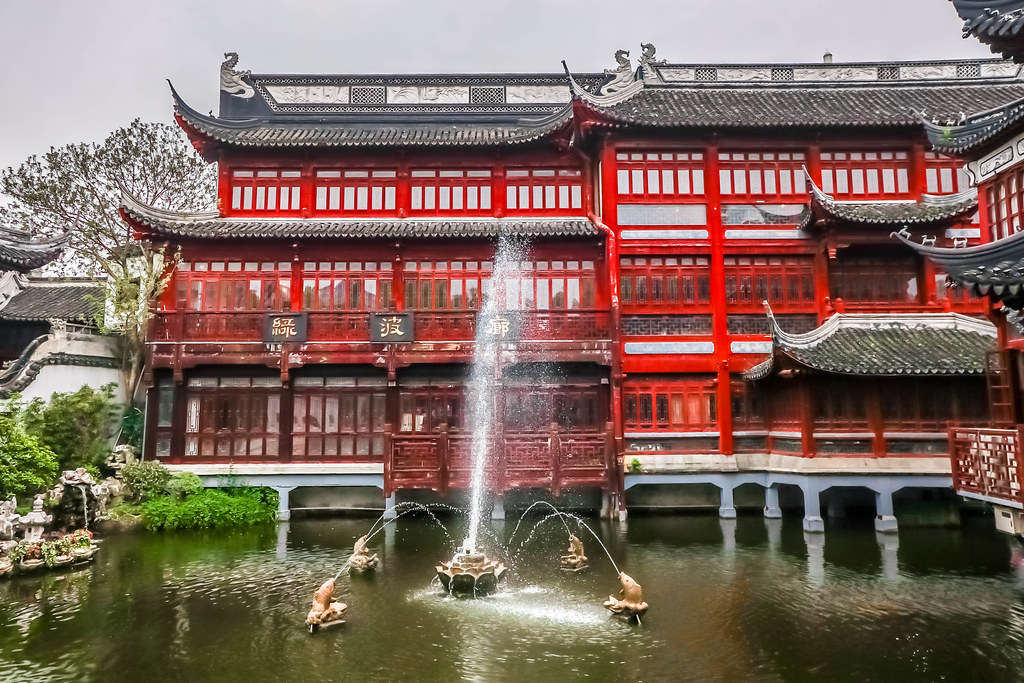 Upon leaving Yu Yuan, you’ll come across the Huxinting Pavilion and Nine-turning Bridge. The former is a tea house that sits in the middle of the lake. It’s very relaxing to enjoy a cup of tea here. The latter, on the other hand, is an 18-metres long bridge which zigzags across the lake. At every turn, you get a different view of the area. 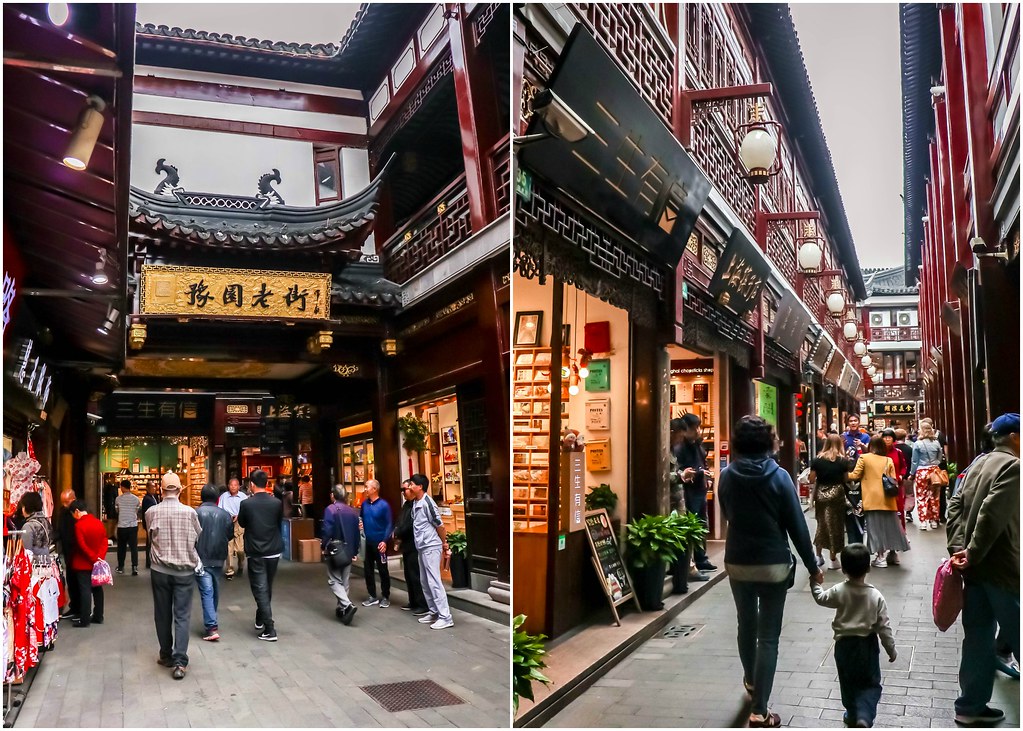 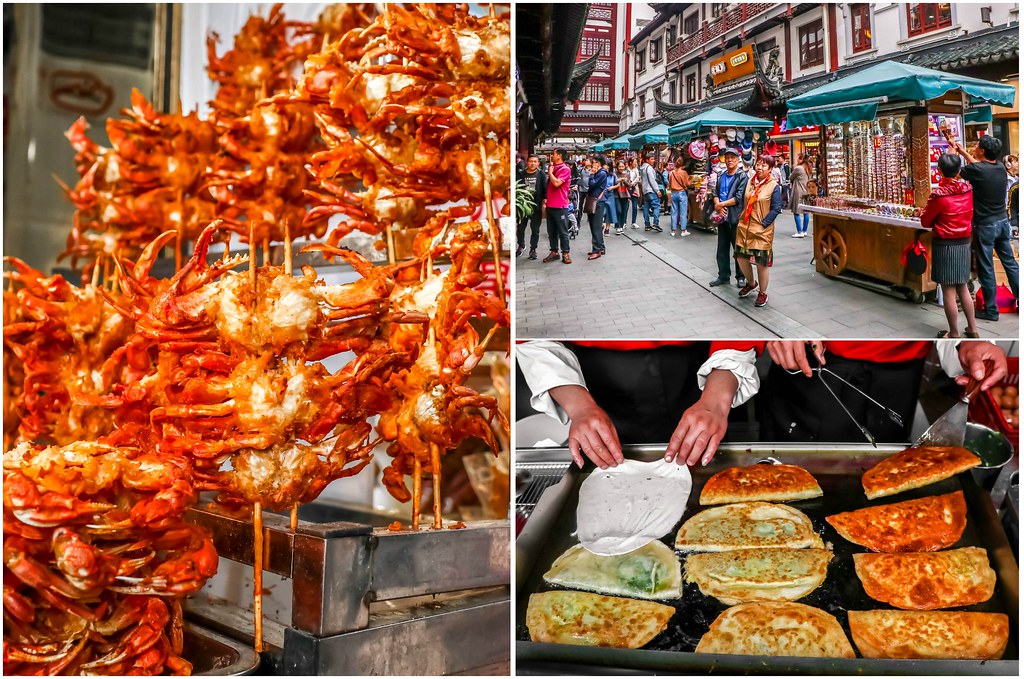 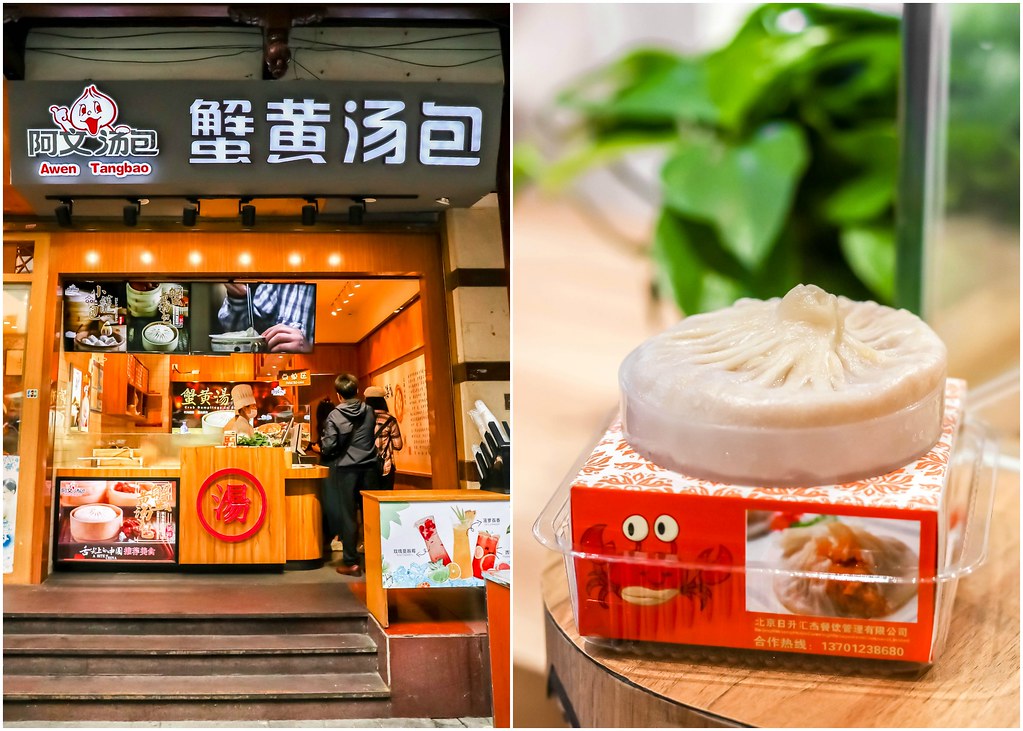 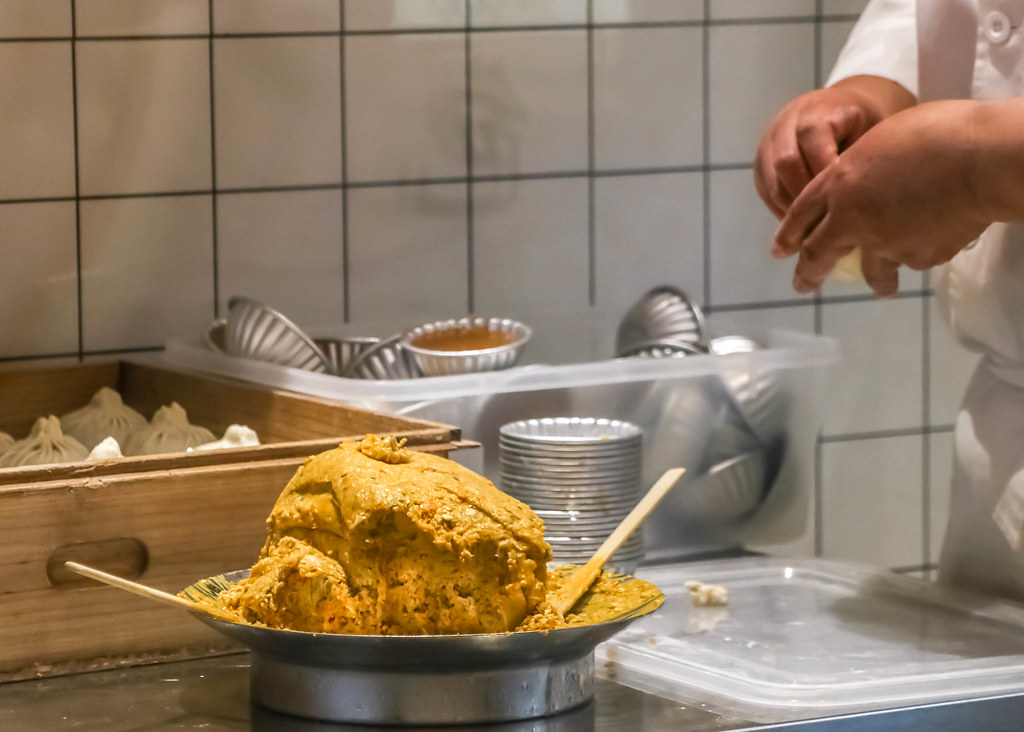 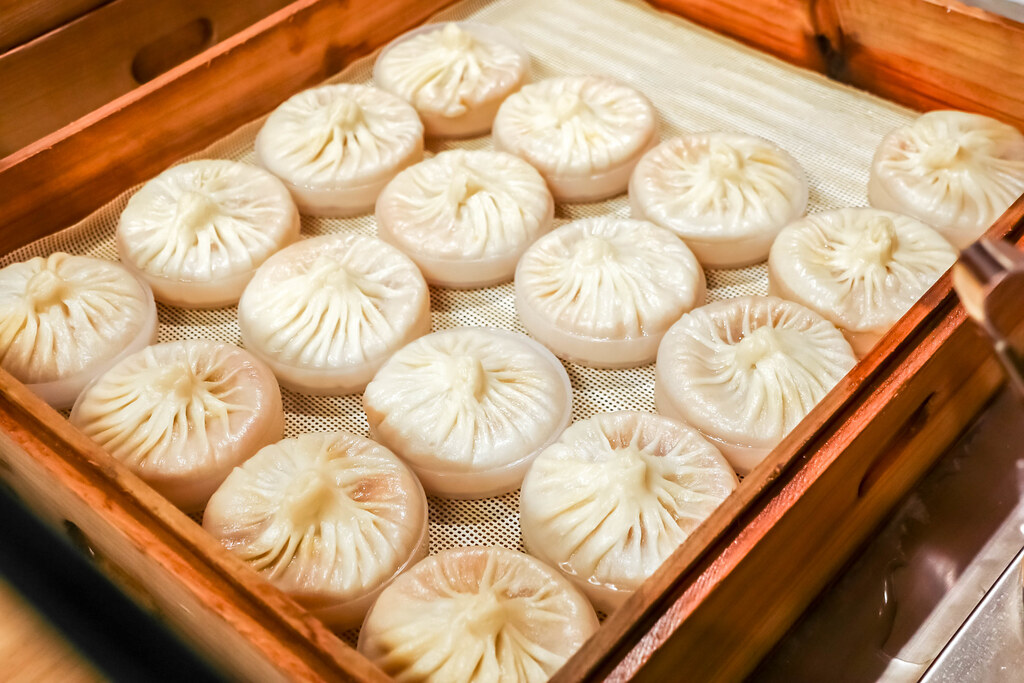 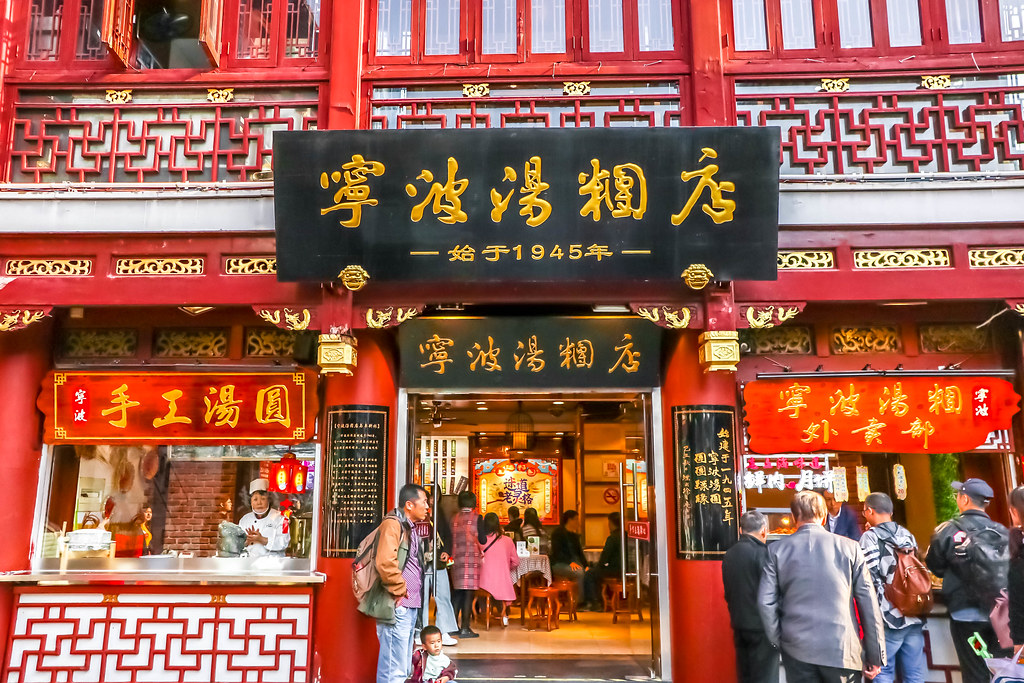 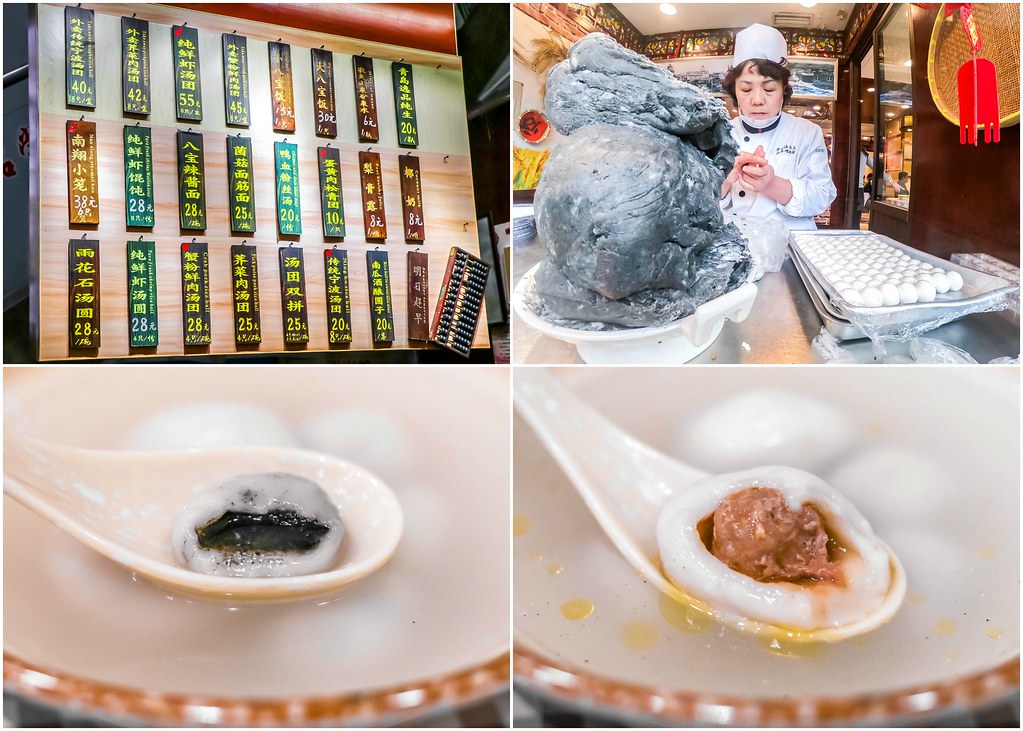 Feeling exhausted and hungry after your visit to Yu Yuan? Don’t worry! The nearby Yu Yuan Bazaar houses hundreds of shops selling everything from silk, arts and crafts, antiques, souvenirs, to local street food, light bites, hearty Chinese cuisine, and more. I recommend trying the Tang Bao (汤包), a huge soup-filled dumpling with crab roe. You can drink the soup with a straw and eat the rest of the dumpling after that. The savoury glutinous rice ball is another noteworthy dish. The ones stuffed with minced crab and crab roe are amazing.

If you’re up for more sightseeing after satisfying your hungry bellies, you can check out the City God Temple (城隍庙) which is just a stone’s throw away. This Taoist temple, first built during the Yongle era of the Ming Dynasty, has a history of 600 years old.

Although Yu Yuan is super touristic, I still enjoyed visiting the garden. Perhaps, you’d like to avoid the weekends just to get more ‘breathing space’ at the Yu Yuan Bazaar.

Yu Yuan
Address: No. 137 Anren Street, Huangpu District, Shanghai
Direction by Subway:
Take Subway Line 10 and get off at Yu Yuan Station. It is just one stop from Nanjing Road to Yu Garden.
Direction by Bus:
Take Bus 11, 26, 64, 66, 736, 920, 926, or 930 and alight at Xinbeimen Station. You’ll have to walk along Anren Street to reach Yu Garden. The Shanghai Sightseeing Bus Line 1 also brings you to Yu Garden.
Opening Hours: March to October 8.30am to 5.30pm. November to February 8.30am to 5pm.
Admission Fee: April to October 40 yuan per person. November to March 30 yuan per person.

The Old Hill Street Police Station is one of Singa

The first time we danced together, I knew you were

Happy midweek! I’m taking a break from my LexSpr

Apart from the hipster places that I’ve previous