Xi’an City Wall and Beilin Museum Historical and Cultural Scenic Area is honoured as a national 4A level scenic spot. The city wall is 13.74 kilometres long, and it is by far the largest and most intact ancient city construction all over the world. Beilin museum covers an area of 34,667 square metres and houses a collection of ancient epitaphs and stone statues. It would take too long to explore the entire city wall and scenic area on foot, so I decided to rent a bicycle. It’s a great way to take in all the city’s beautiful scenery from an elevated perspective. 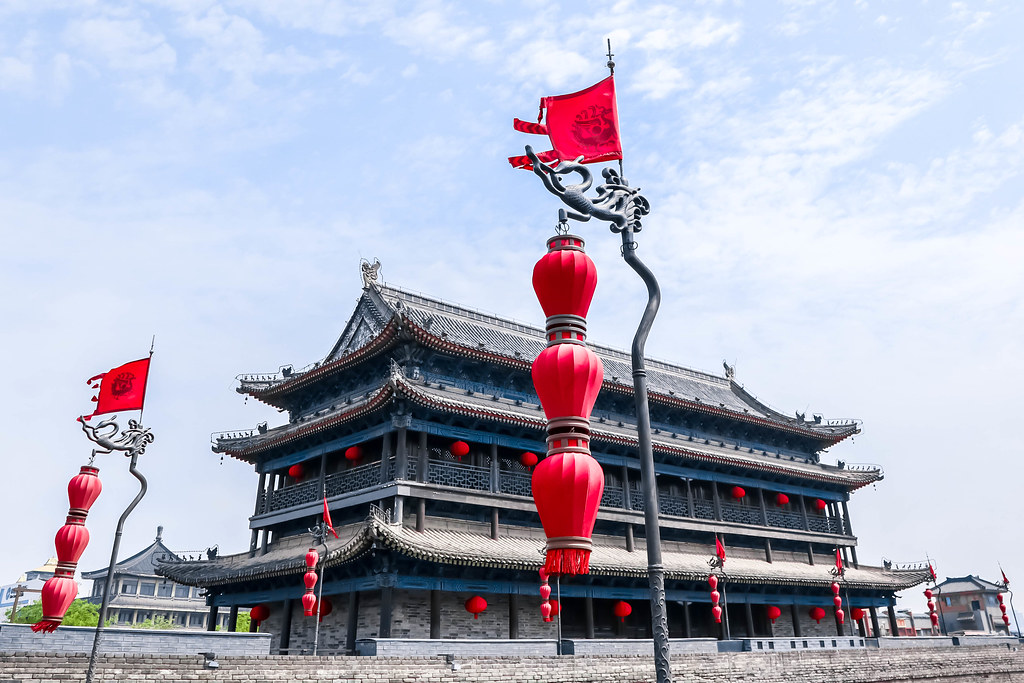 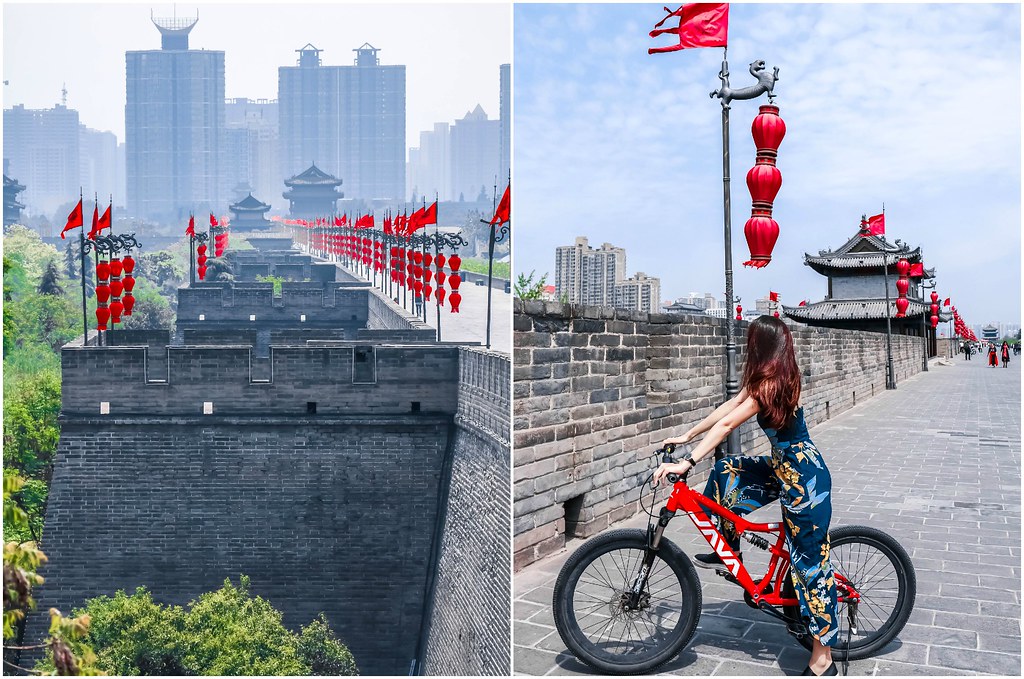 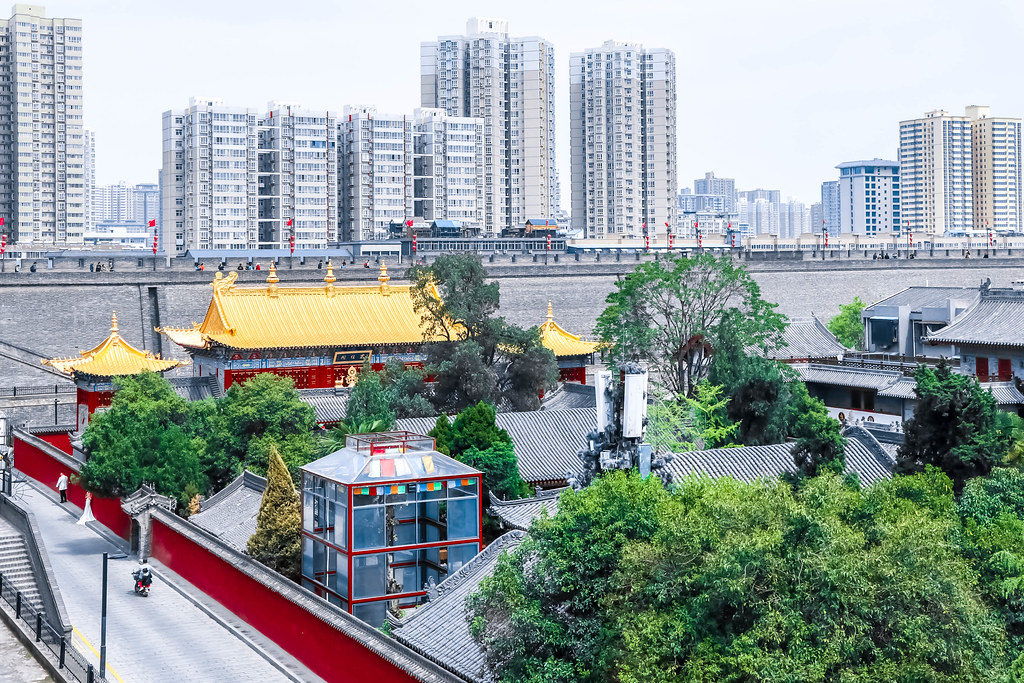 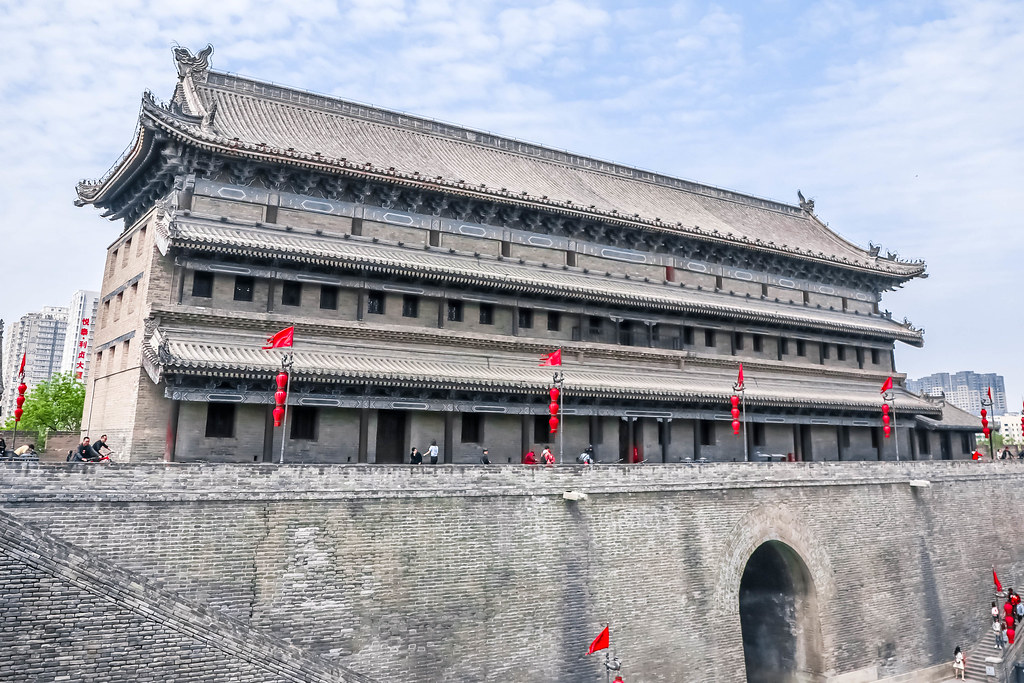 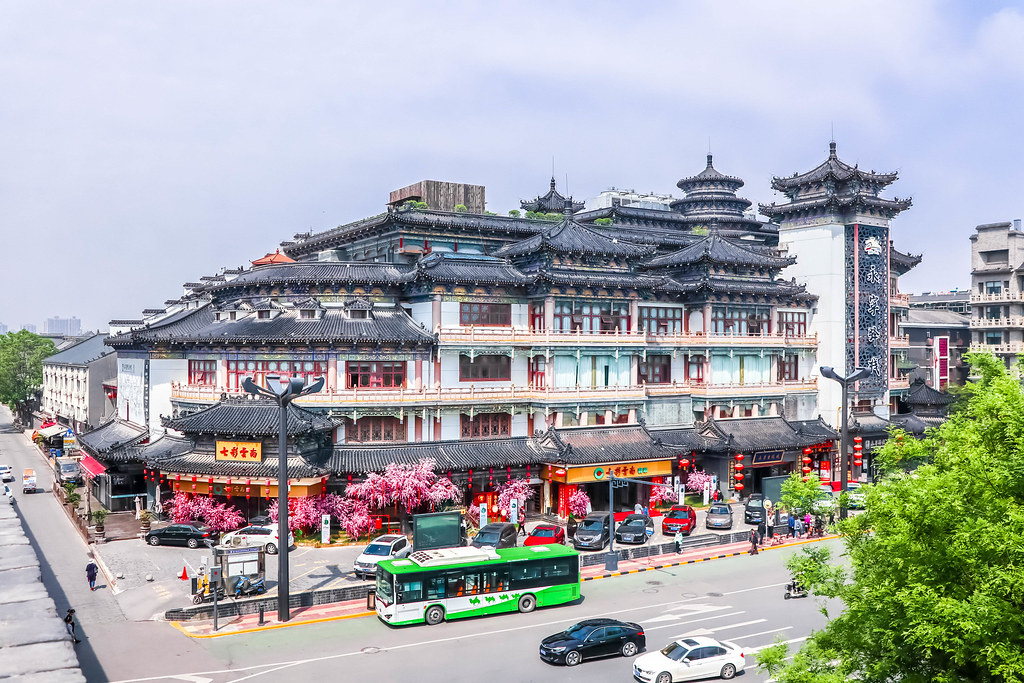 While I was cycling on the city wall, I made many photo stops and came across major landmarks such as the Bell Tower, the Drum Tower, the Great Mosque, Guangren Lama Monastery and Revolution Park, just to name a few. If I remember correctly, there is a total of 18 gates around the city wall. The most prominent one is the Yongning Gate aka the South Gate because Xi’an’s cultural square is located right in front of this gate.

I only had one weekend to explore Xi’an and I’ve already spent half a day exploring the Terracotta Army and a full day hiking Mount Huashan, so I had to give the Chang’an Impression – a performance giving audience a glimpse of the Tang dysnasty – a miss. This cultural performance illustrates the history of the Silk Road, and I think I would’ve enjoyed it if I was able to watch.

Xi’an City Wall
Directions: There are many city buses that stop at the East Gate, West Gate, South Gate, North Gate and the Wenchang Gate. As for the subway, take line 2 and get off at Yongning Gate station or Anyuan Gate station.
Opening Hours:
South Gate 8am to 12midnight all year round.
Wenchang Gate, Heping Gate, Shangde Gate, East Gate, West Gate, North Gate, Hanguang Gate and Zhongshan Gate 8am to 7pm from 1 May to 31 October and 8am to 6pm from 1 November to 30 April.
Beilin Museum 8am to 6pm all year round.