Hangzhou’s West Lake is astonishingly beautiful. The smoothly sparkling water is surrounded by timeworn bridges, temples, pagodas, and lush green, misty mountains. However, it is always overcrowded, making it hard to find a quiet and comfortable spot to relax at, just for yourself. Well … Cheer up! I’ve scouted out 3 peaceful parks in Hangzhou that are great alternatives for you to unwind at, besides the popular West Lake. 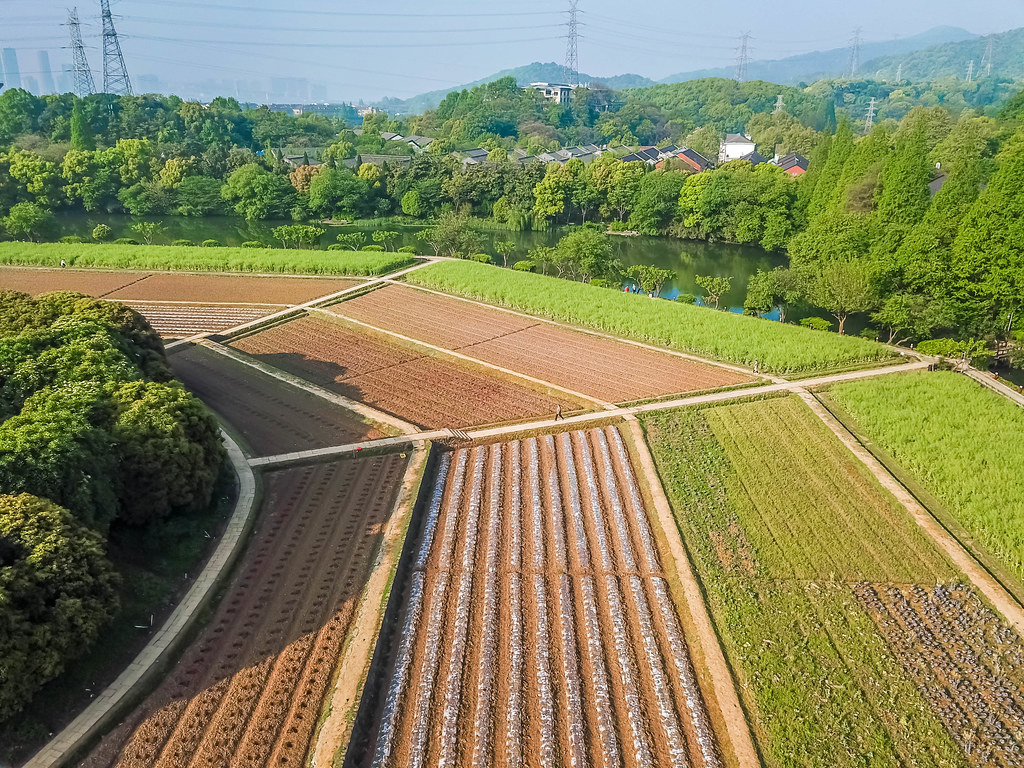 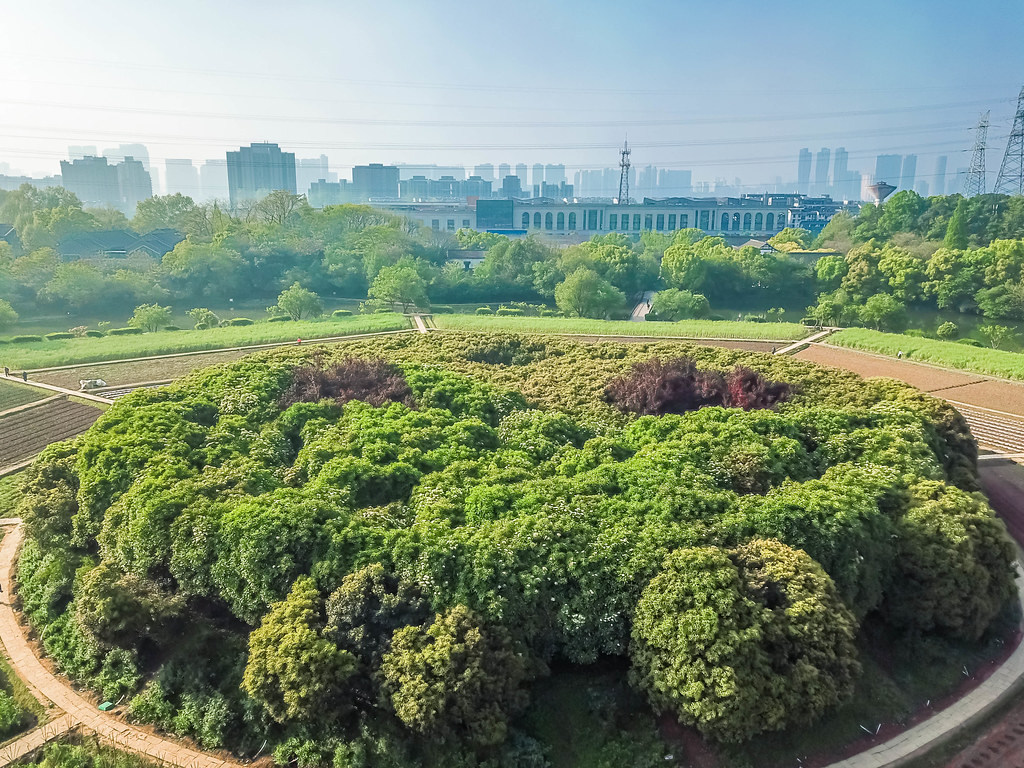 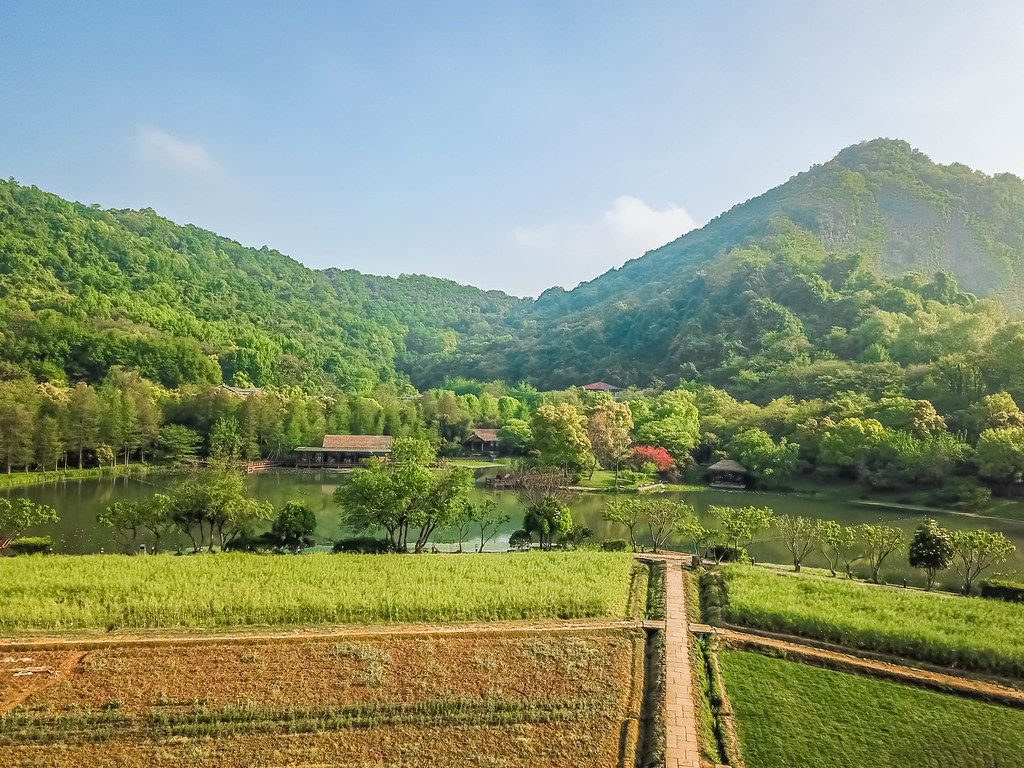 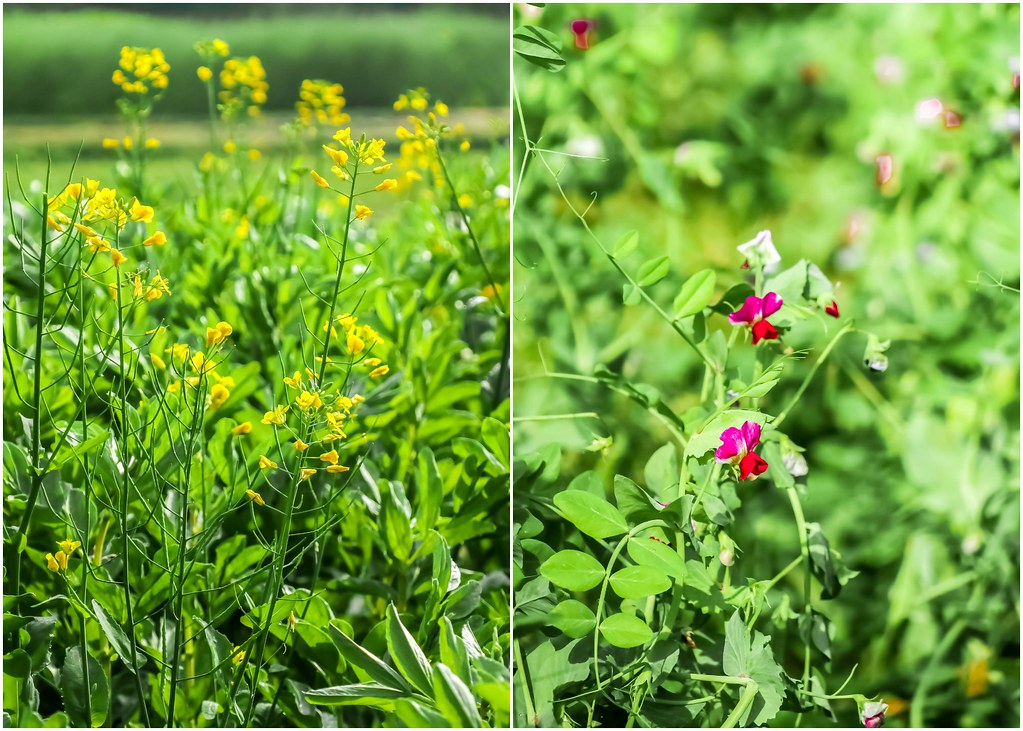 Although the octagonal shaped field is made up of eight pieces of land, with a symbol of Yin and Yang in the middle, you will not be able to distinguish it at ground level. I recommend ascending the Jade Emperor Hill for a bird’s eye view of the Eight Diagram Field. I heard that you would have to climb hundreds of steps (perhaps, a thousand) to reach the peak, so lazy me decided to fly the drone instead.

The Eight Diagram Field was formerly used for rituals by emperors to pray for good harvest in ancient times. Today, each piece of land is used to grow a different crop like soybean, barley, wheat, millet, and glutinous rice, just to name a few. However, there are times when the farmers grow sunflowers, rapeseed, and other colourful blossoms. You can always check with the locals before visiting this field when you’re in Hangzhou.

Apart from taking a leisure stroll around the field, or a short hike up to the peak of the Jade Emperor Hill, you can also wander around the streams and temples around the area. 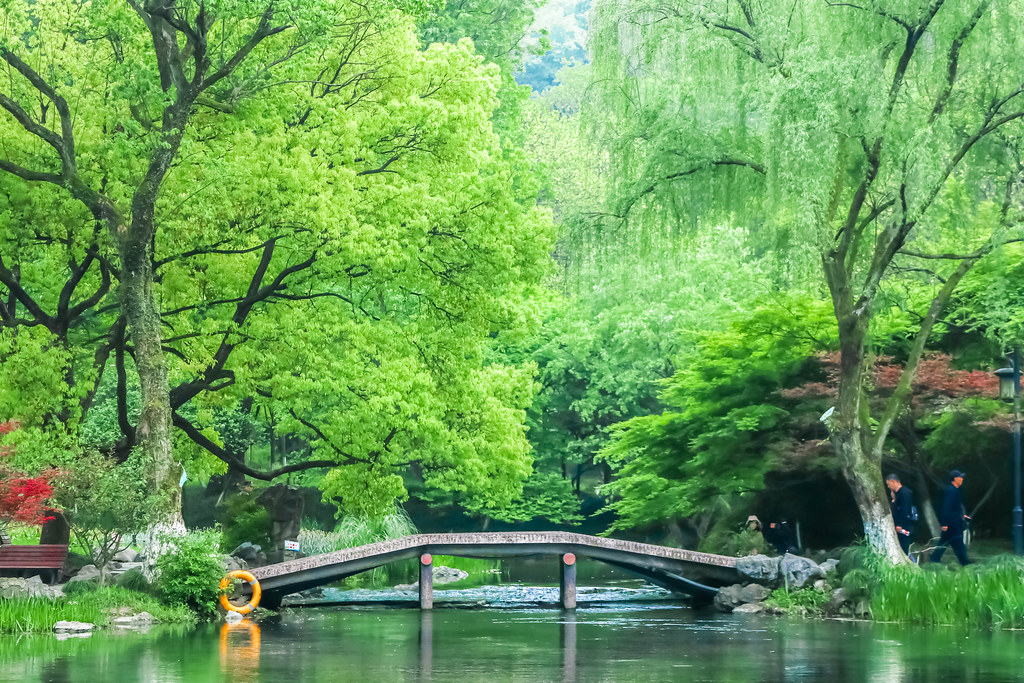 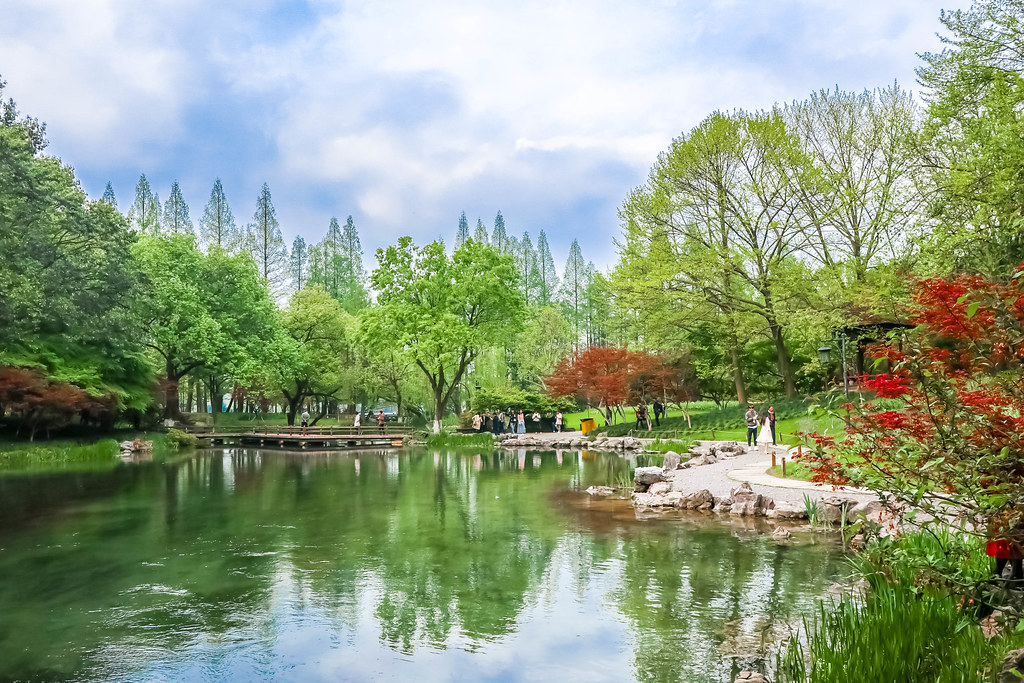 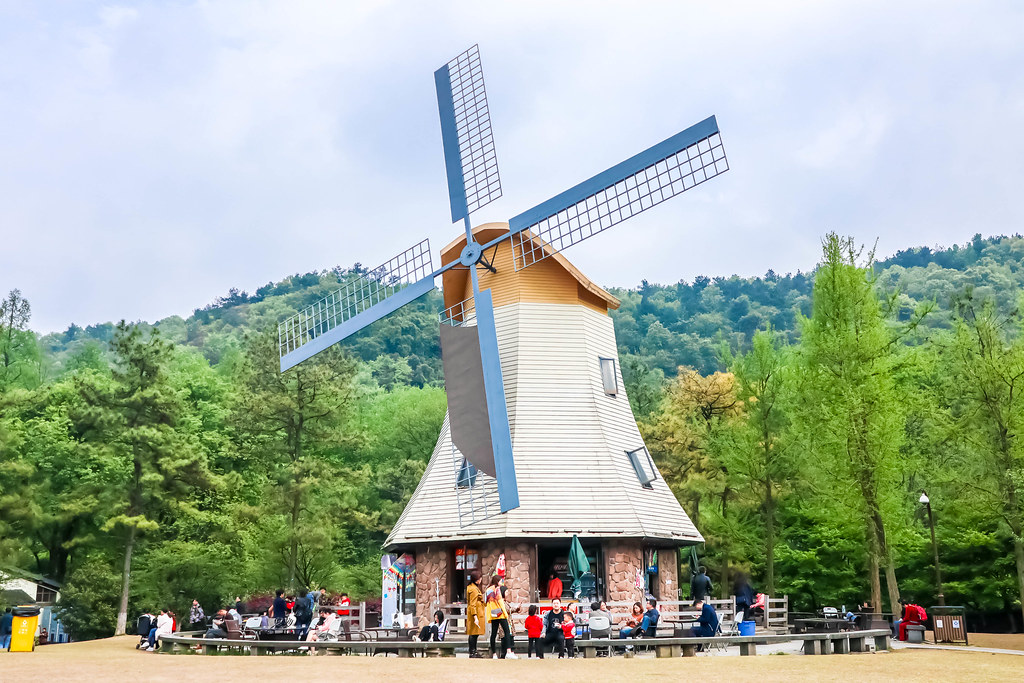 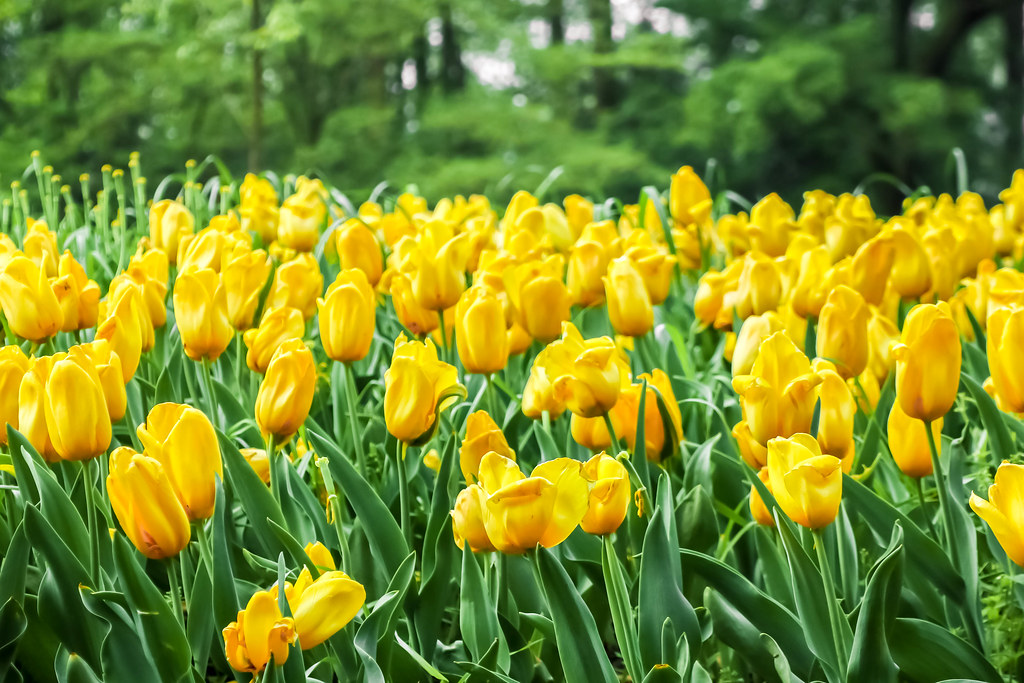 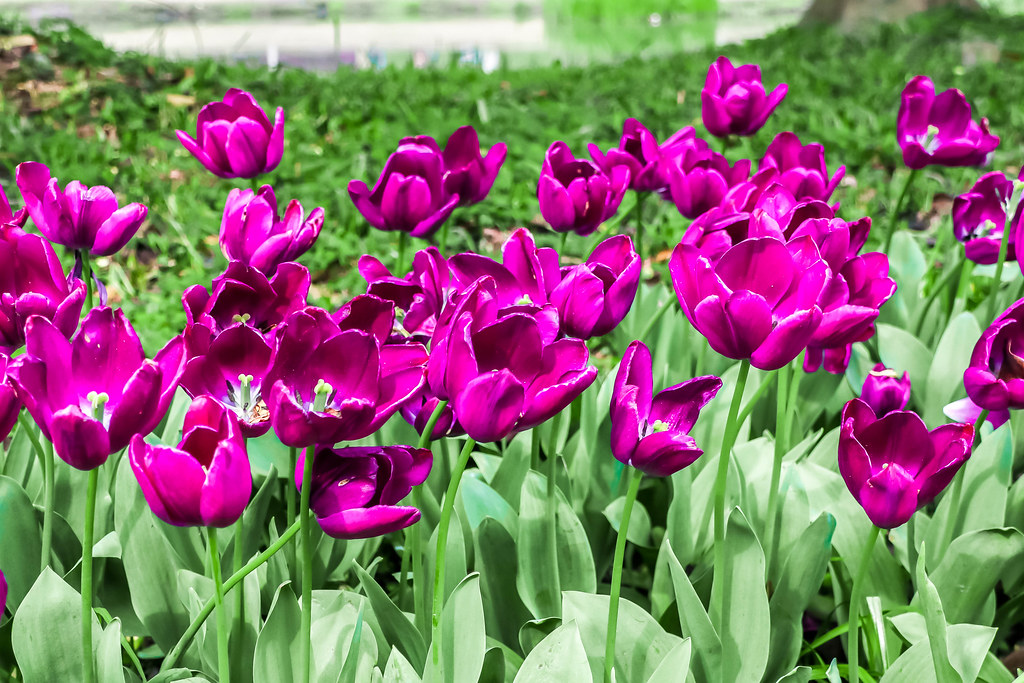 Both the Prince Bay Park and the Hangzhou Botanical Garden are of walking distance from different parts of the West Lake. While the former is famous in the months of March and April for the tulips season, the latter features a larger compound boasting a huge variety of flowers and plants. The bamboo forest is, perhaps, one of the most highly visited area at the Hangzhou Botanical Garden. However, it is not easy to look for it because the botanical garden is just too huge. 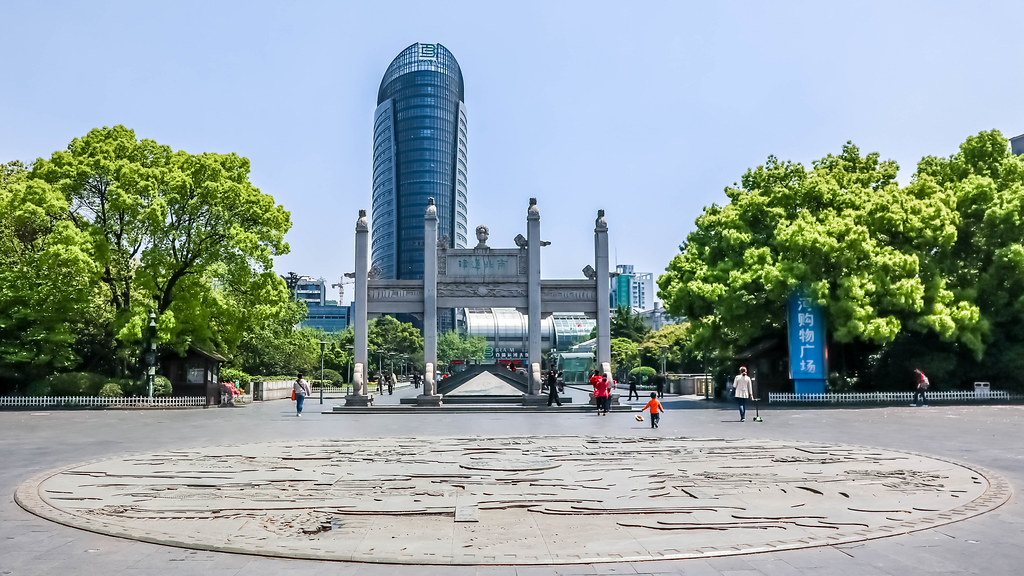 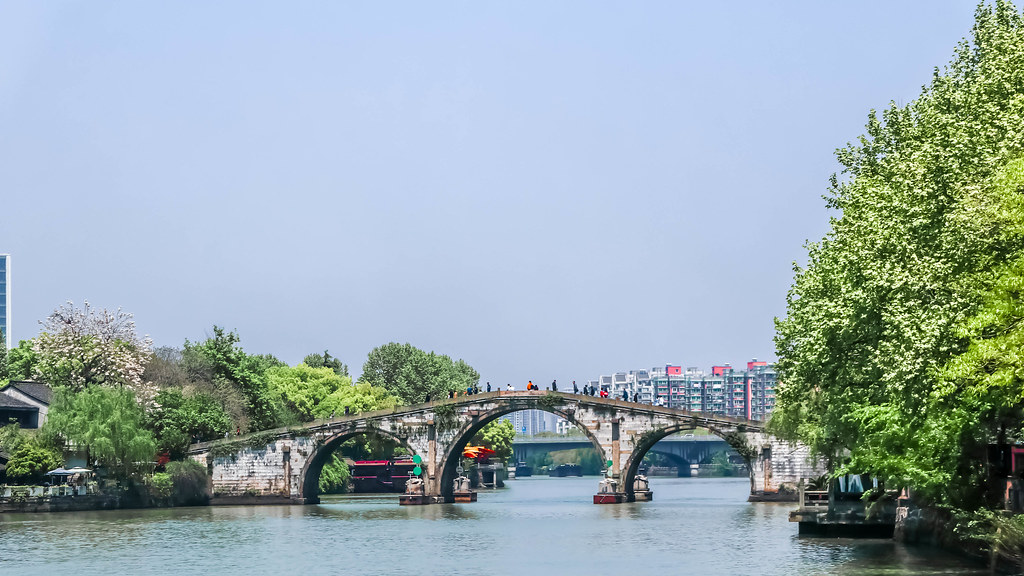 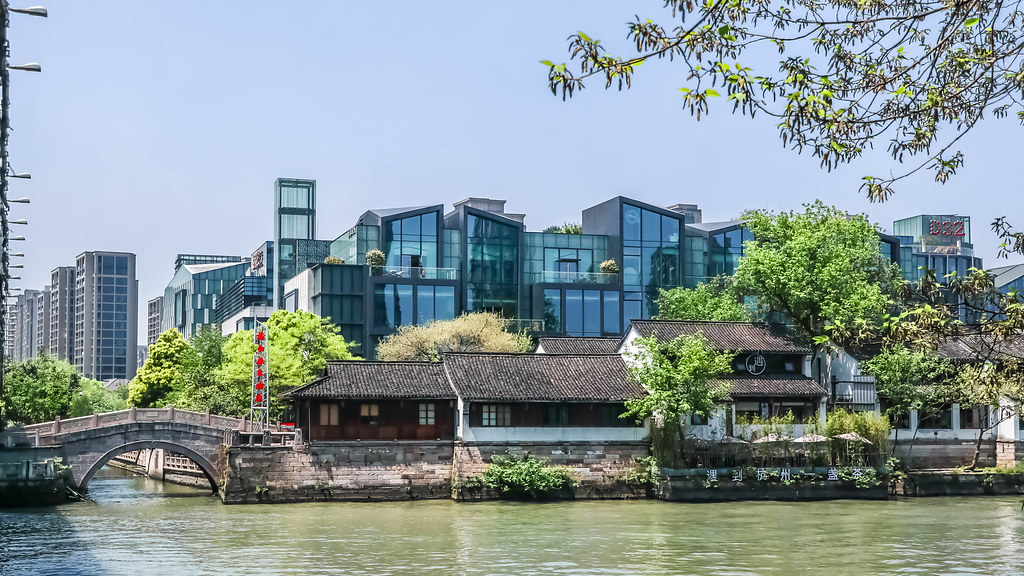 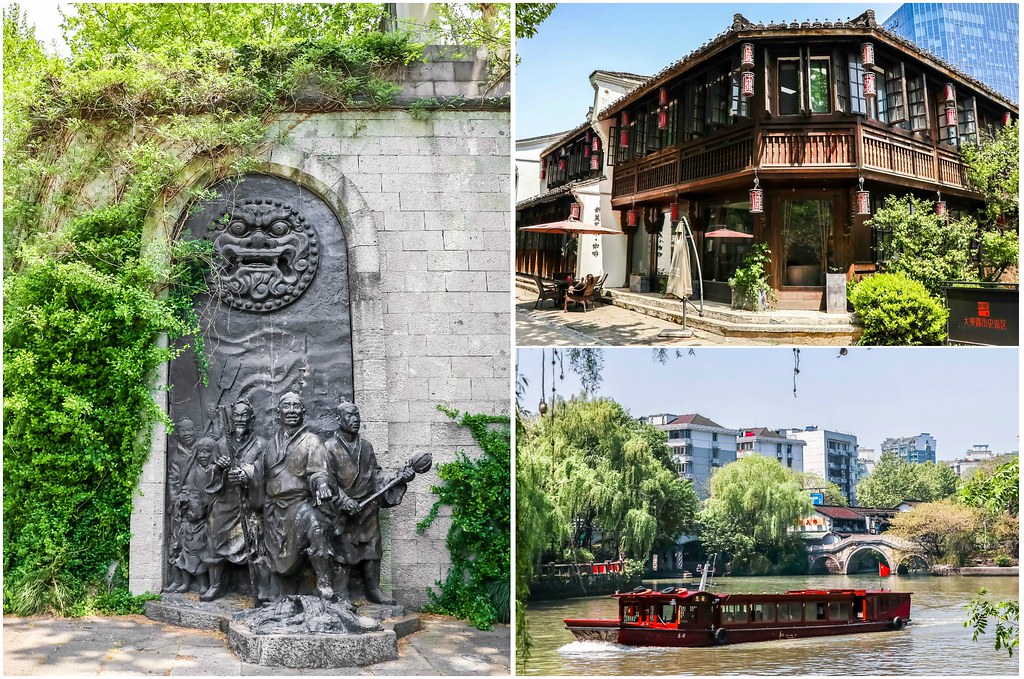 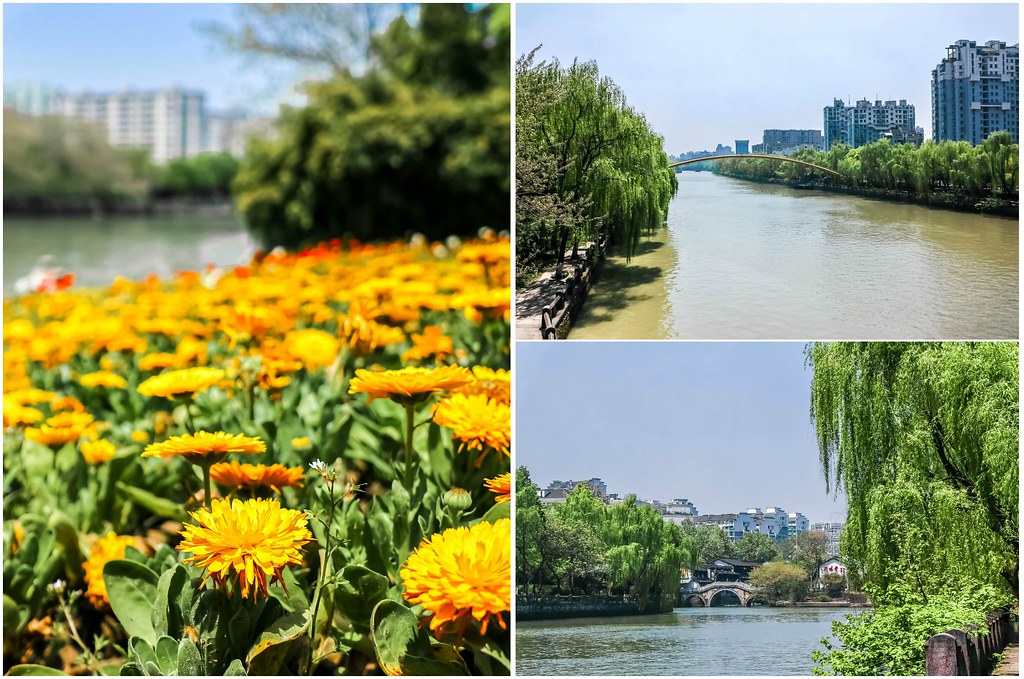 I was pretty surprised that there were very few people at the Grand Canal even though this is one of the listed UNESCO World Cultural Heritage Site in Hangzhou. Also known as the Beijing-Hangzhou Grand Canal, this is the earliest and longest artificial waterway in the world. It begins from Beijing in the north, with its final section at Hangzhou in the south, with a total length of 1,776-kilometres. There is a park along the canal, and two historical areas that have been restored and preserved. You can also find various shops and restaurants along the river and the nearby lanes and streets. There are some shopping malls around the area too.

It felt so refreshing to begin my day at the Eight Diagram Field at 7am. I love the morning breeze and the serene atmosphere. As for the Prince Bay Park, I would recommend having a picnic in front of the huge windmill. I wouldn’t suggest visiting the Hangzhou Botanical Garden unless you have spare time because the compound is really massive. Last but not least, please head to the Grand Canal. I actually prefer this place to the West Lake.

In general, Hangzhou is a wonderful place to escape from the fast-paced city life back home in Singapore. I never knew I would fall in love with taking morning and evening walks so much. Moreover, the food is delicious, and I wish that my vacation didn’t end so quickly.