Whenever I travel solo, I love chatting with locals and getting recommendations from them. It’s a great way to gain the best local experiences in a foreign land. I’m very fortunate to have a German friend, Lena, who has lived in Hangzhou for three years, and she’s the reason why I decided to finally explore China. My visit coincides with the second best tea picking season, so we joined a half-day tour to experience tea picking in the morning before savouring a farmer’s lunch. Initially, I only thought of having fun but wow, it turned into a learning journey, and my knowledge of Hangzhou’s Longjing Tea increased by leaps and bounds. 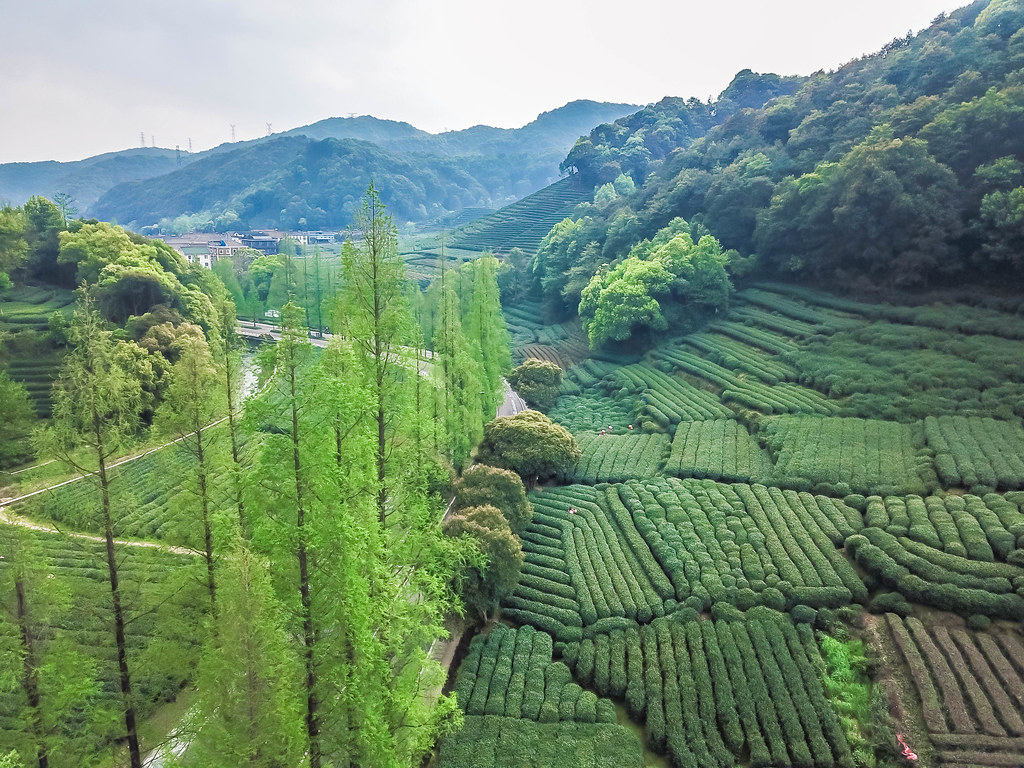 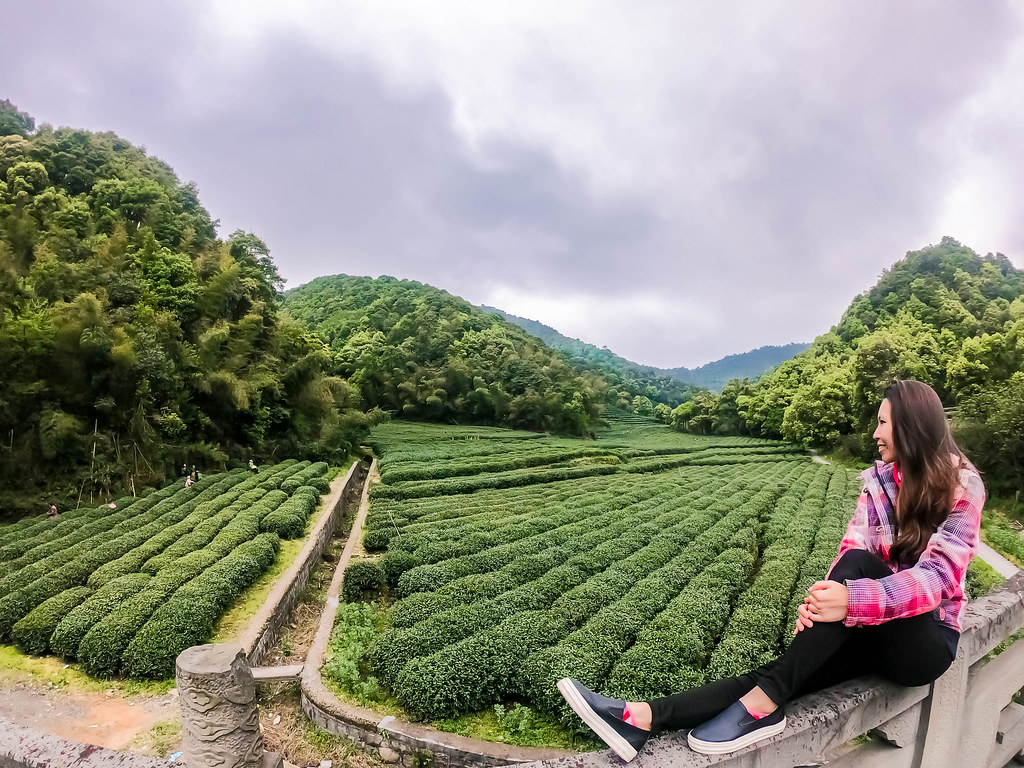 The Longjing tea, one of China’s top 10 most famous teas, is a type of green tea growing around Hangzhou’s West Lake. Due to the fertile land in the mountainous areas with good climate, the Longjing tea is able to thrive in natural conditions. Renowned for its aroma, slightly sweet taste and health benefits, the Longjing tea is divided into 5 ranks: Shi (狮峰; Lion’s Peak Village), Long (龙井; Dragon Well Tea Village), Yun (云栖; Cloud Village), Hu (虎跑泉; Tiger Spring Tea Village) and Mei (梅家坞; Meijiawu Tea Village), named after the plantations they originated from.

The Longjing tea soared to fame in the Qing Dynasty, especially when Emperor Qianlong visited the tea plantation four times during his six trips to the Jiangnan region. The emperor observed the process of making Longjing tea and wrote four poems about it. He was so impressed by the tea that he named 18 tea trees in front of Hugong Temple “royal tea”. Today, the Longjing tea is one of the most expensive teas in China. The price of the best quality of Longjing tea can reach an average of 8,000RMB per 500 grams. 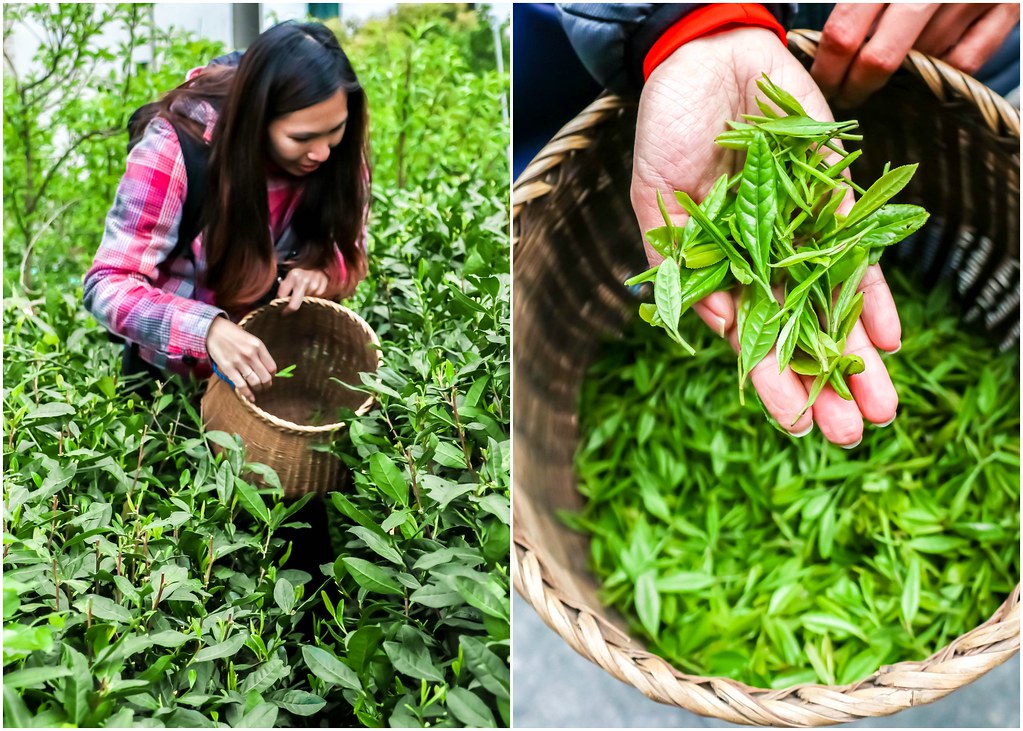 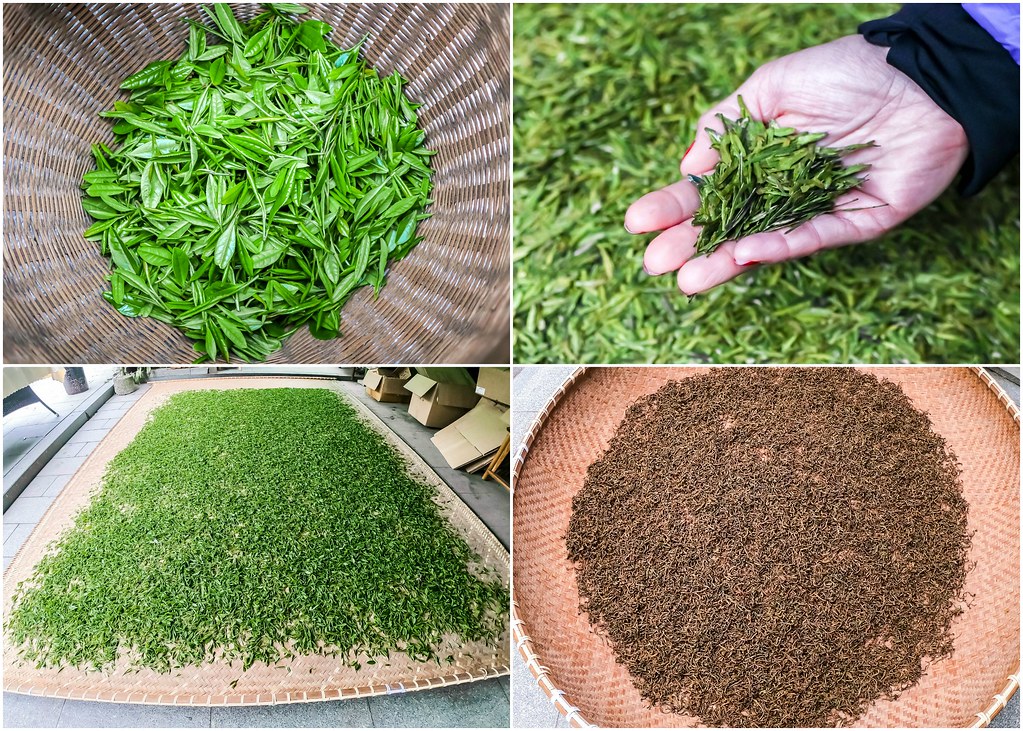 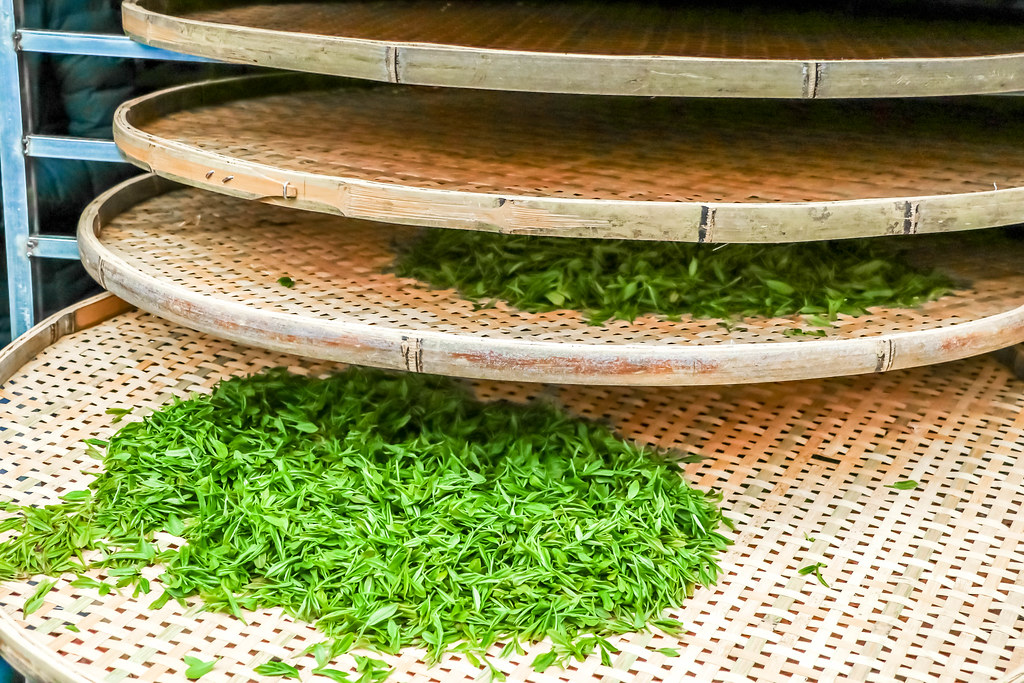 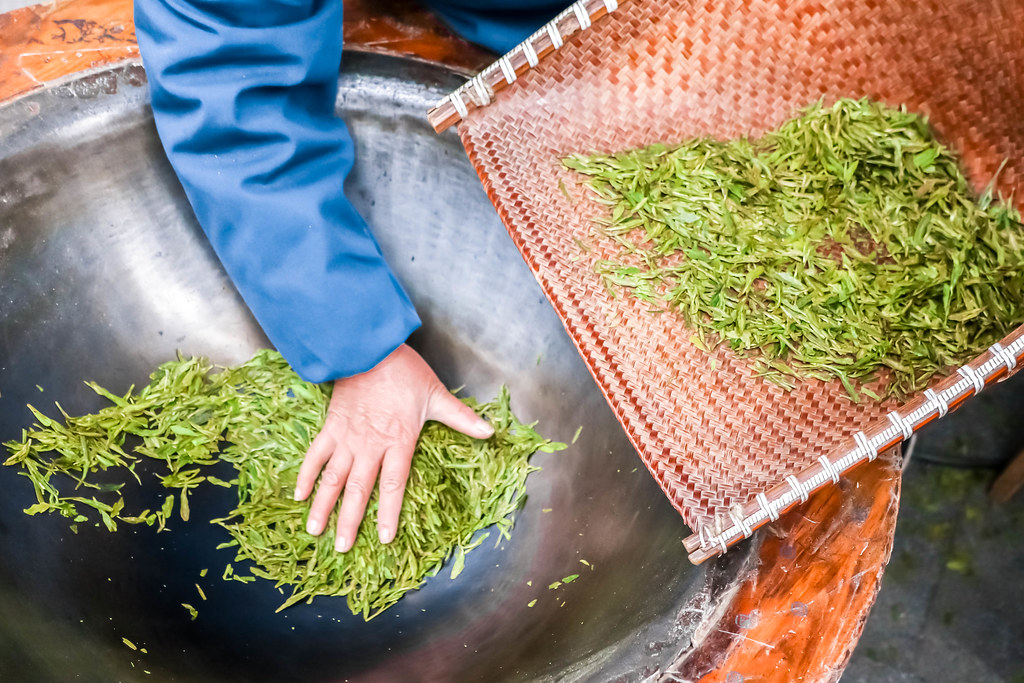 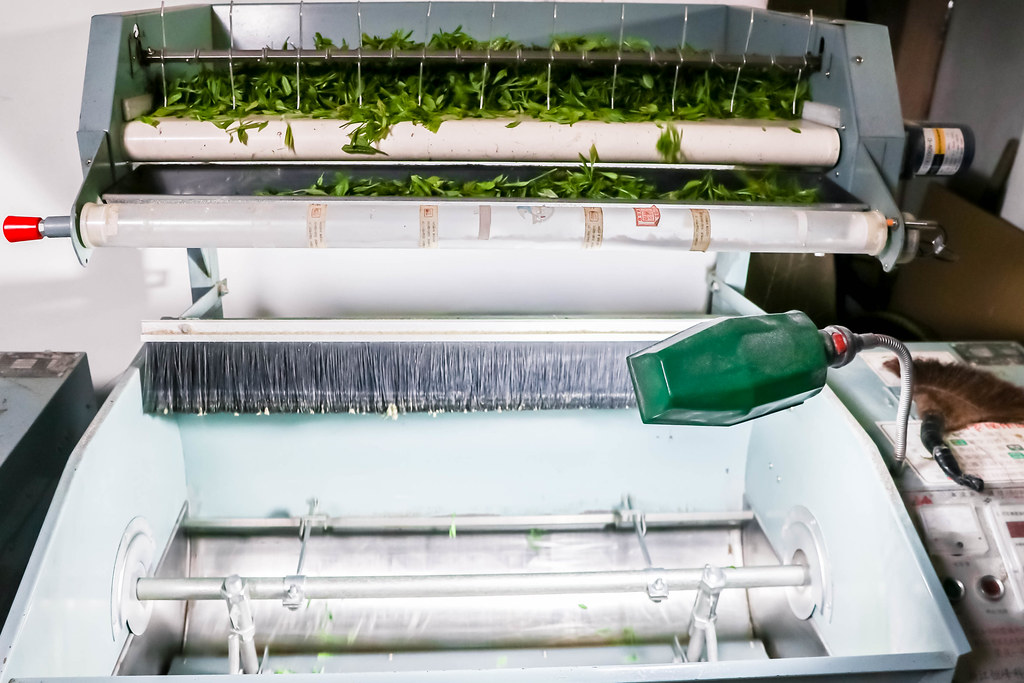 Tea picking is an extremely tough job. There were 12 of us, but we couldn’t even fill up one basket with all our picked tea leaves combined at the end of the 2-hour tea picking session. A pair of experienced hands can only pick 600 grams of leaves a day, which can be dried to only around 130 grams of Longjing tea. Unbelievable, isn’t it?! 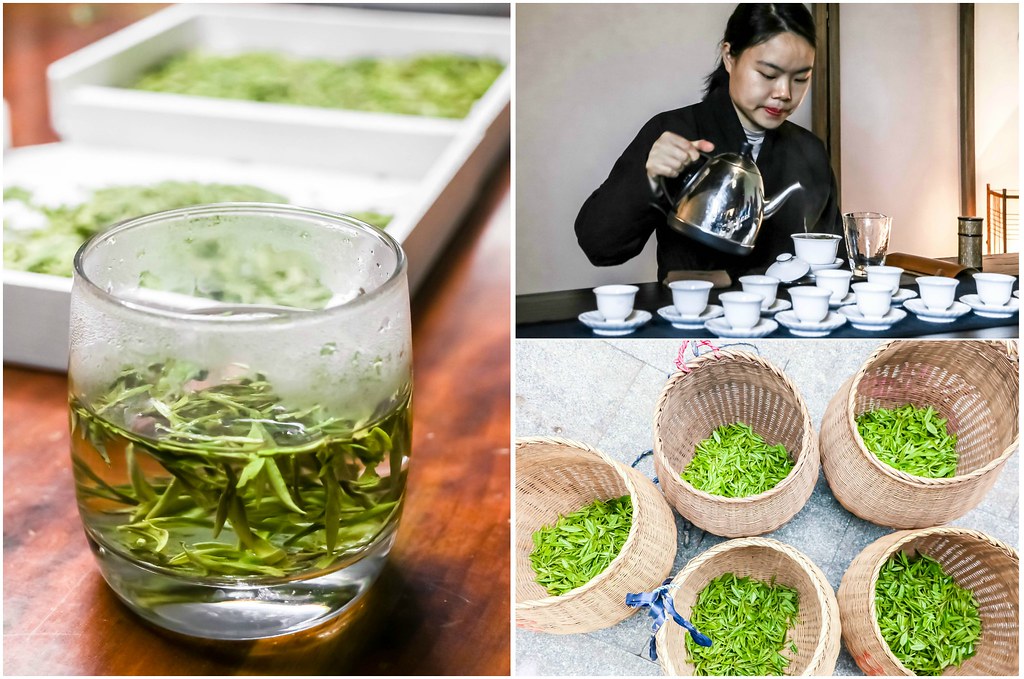 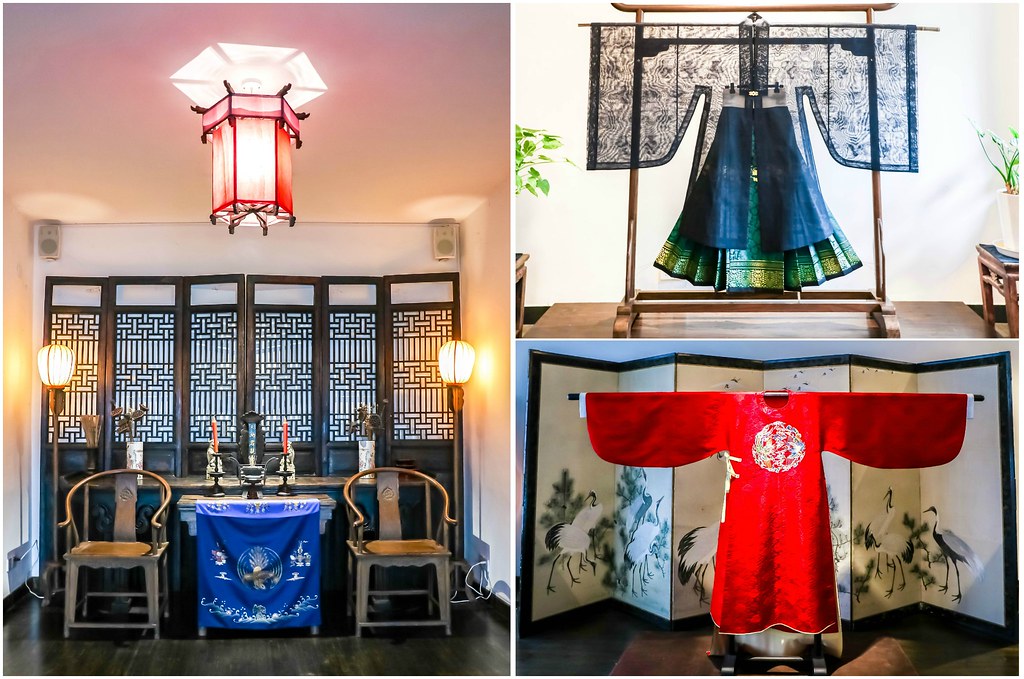 We were treated to a tea-tasting/tea ceremony session, and I really enjoyed the taste of the Longjing tea. This particular farmer also gave us special access to view the elegant silk outfits with intricate embroidery details. 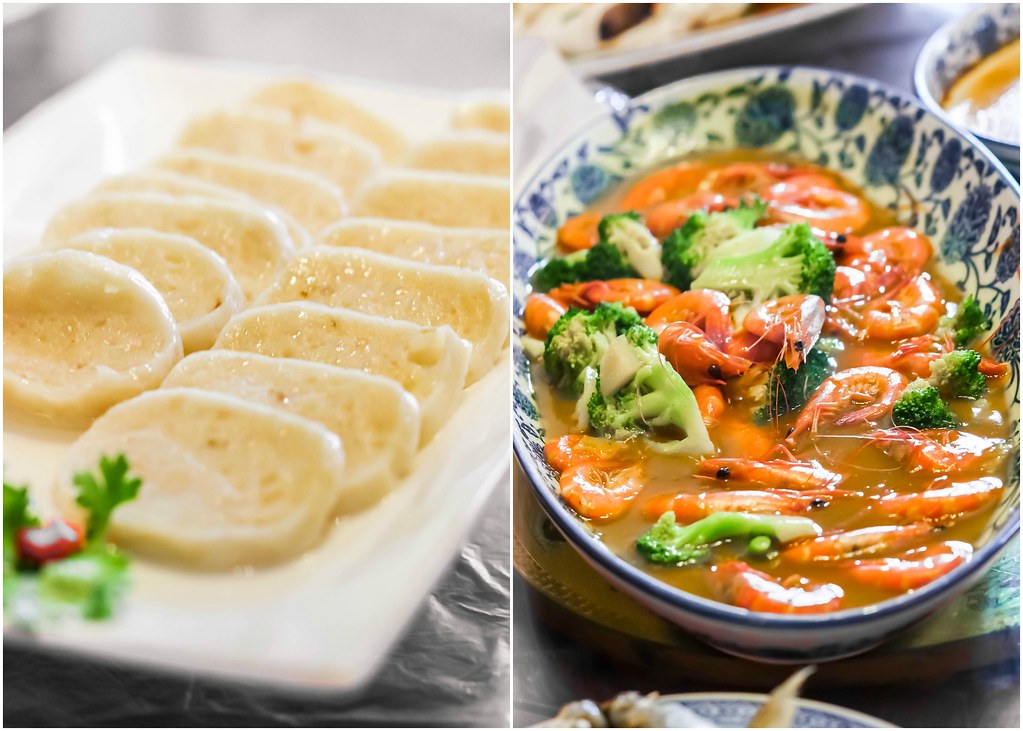 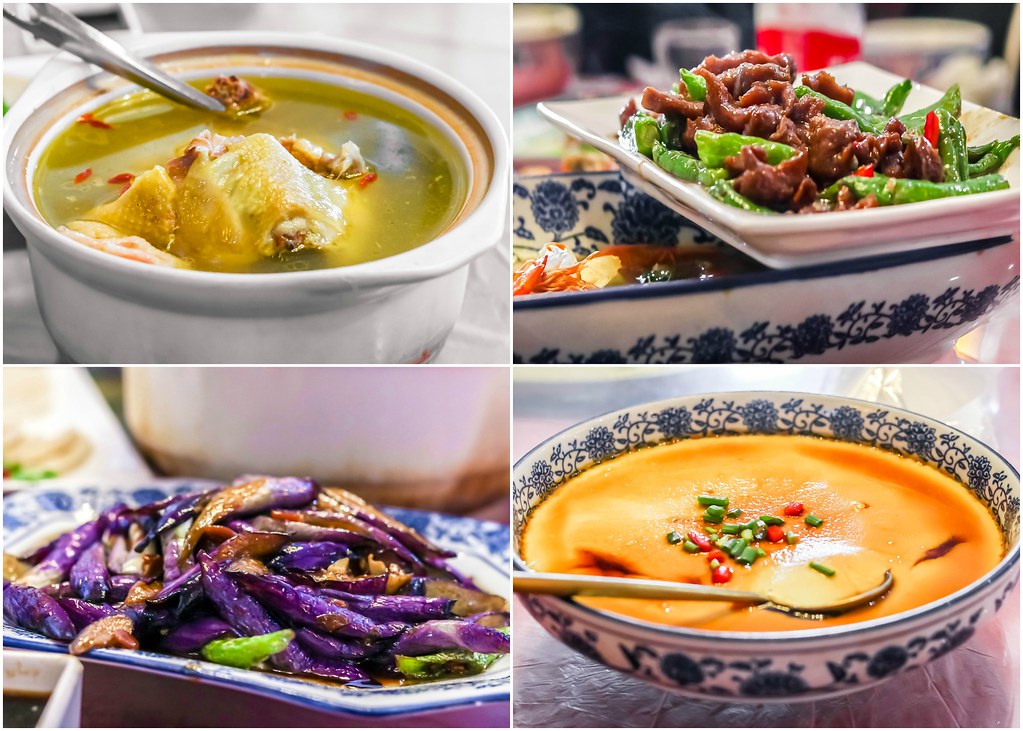 We ended the half-day tour with a scrumptious spread of local food. Lotus roots and bamboo shoots are not what I’ll usually eat back at home in Singapore, but the dishes in Hangzhou are so well prepared and well flavoured that I couldn’t resist.

Feeling too overwhelmed with work and need to escape from your usual hectic routine? These tea villages are perfect for you. The tranquillity and slow-paced lifestyle really made me feel calm and my mind was completely switched off from work and the worries of life. I hope you’ll enjoy the tea picking session as much as I did.