“Rice is great if you’re really hungry and want to eat two thousand of something.”
– Mitch Hedberg 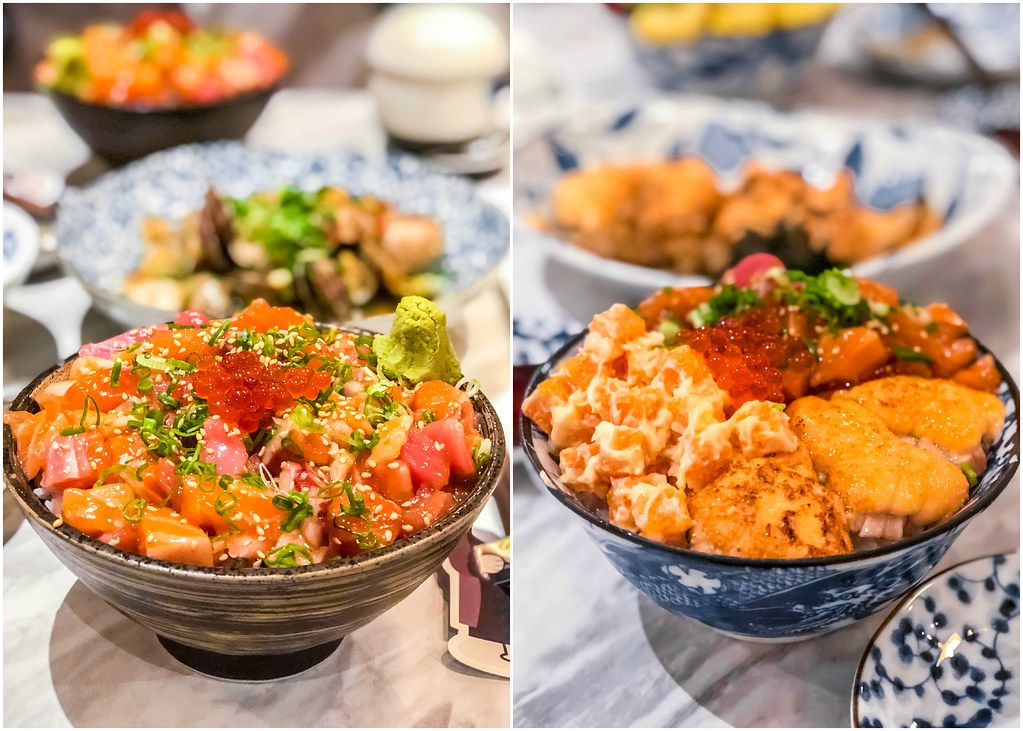 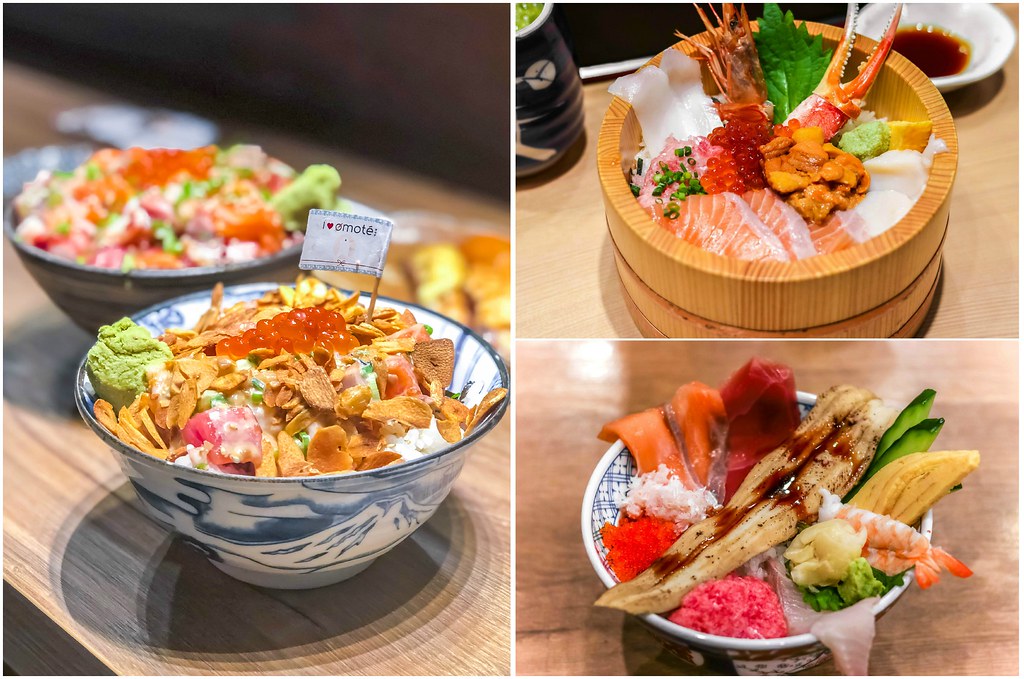 “Don 丼” refers to the bowl that the dish is served in, so for a typical donburi, you get a bowl of fluffy steamed rice with toppings such as vegetables and meat or seafood all in one meal. Chirashi Don which is topped with a variety of raw sliced or diced seafood is my favourite. The freshest chirashi don that I had was at the Toyosu Market in Tokyo. It contained luxurious seafood like sea urchin, salmon roe, salmon, negitoro (tuna), squid, scallop, raw shrimp and crab claw. 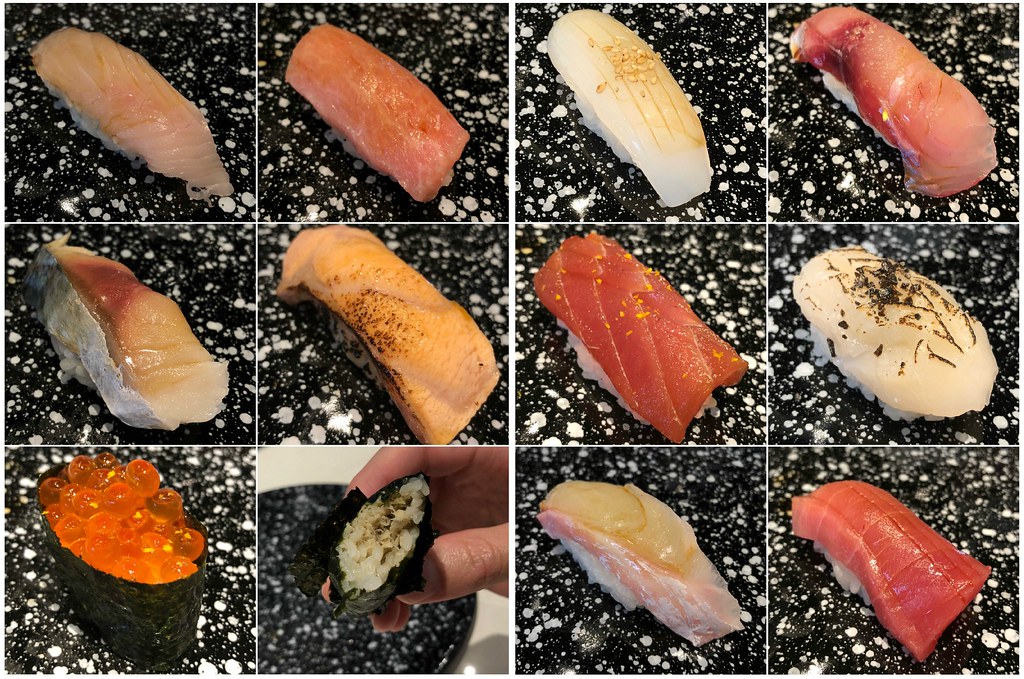 My list of favourite Japanese rice dishes will not be complete without mentioning sushi. Sushi is made up of vinegar-seasoned rice and raw or aburi-style seafood. It can also be served with egg, tofu, vegetables, or meat. Sushi comes in many different forms, with the main ones being traditional Kansai-style oshizushi (pressed sushi), Kanto-style nigiri, makizushi (rolled sushi), temaki (hand-rolled sushi), and gunkanmaki (“battleship sushi” with a strip of nori wrapped around a ball of rice and filled with a topping). 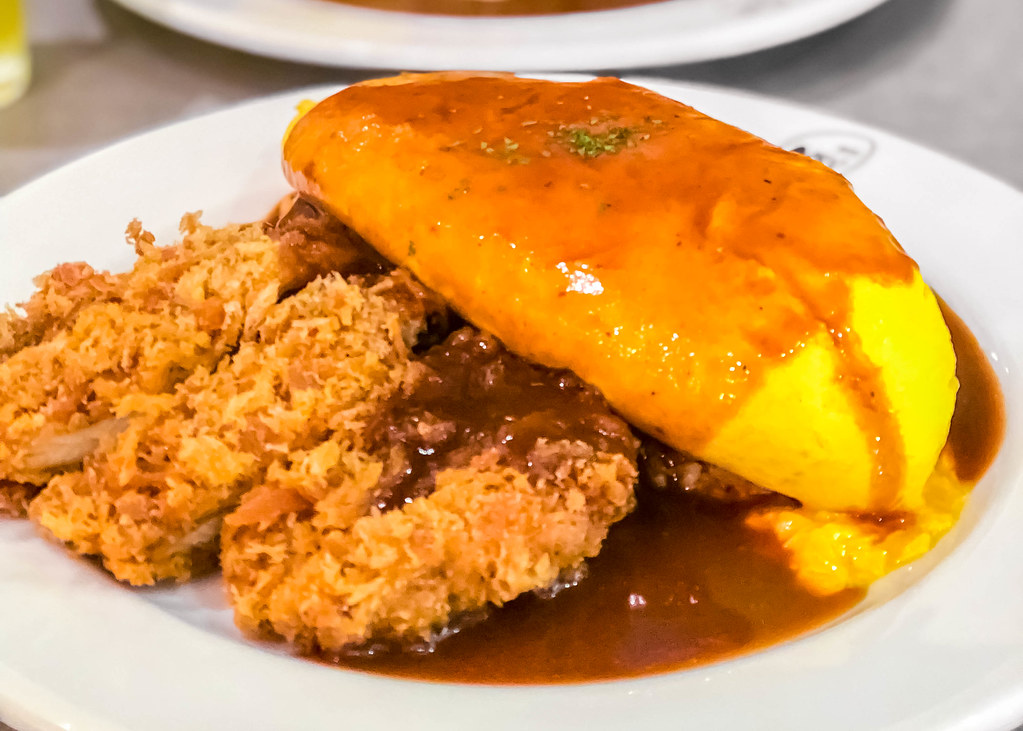 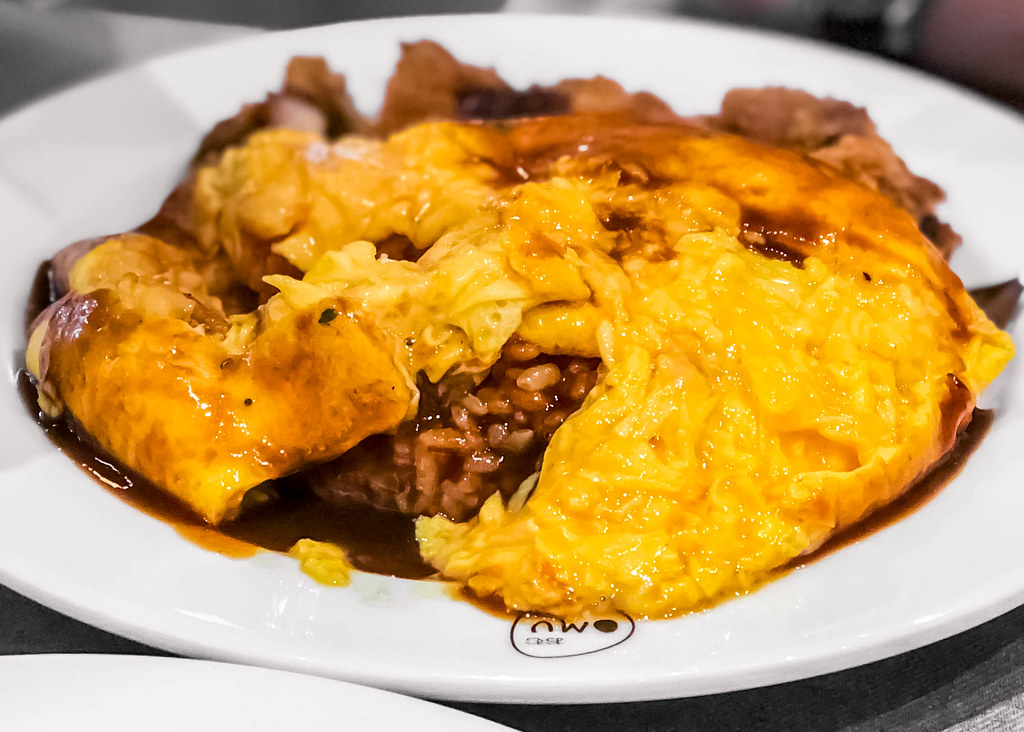 This dish might look as boring as a plain omelette at first glance, but once you break through the thin blanket of egg, you’ll find an interior oozing with flavourful rice that has been cooked with tomato sauce, and chicken or vegetables. Sometimes, the omelette is topped with extra tomato sauce. This additional touch delivers a comforting umami as it pairs well with both the rice and the egg.

Onigiri is the first thing I eat whenever I arrive in Japan. The shape of the onigiri may be a ball, cylinder, disc or triangle. The rice may be plain, topped with a sprinkling of seasoning such as sesame seeds or yukari (red shiso powder), mixed with other ingredients such as flaked cured salmon and wakame seaweed, or filled with anything from tuna mixed with mayonnaise to spicy mentaiko, fried chicken, crumbled prawn, and ume plum. The ones from Family Mart in Japan are so good. I wish we had these in Singapore. 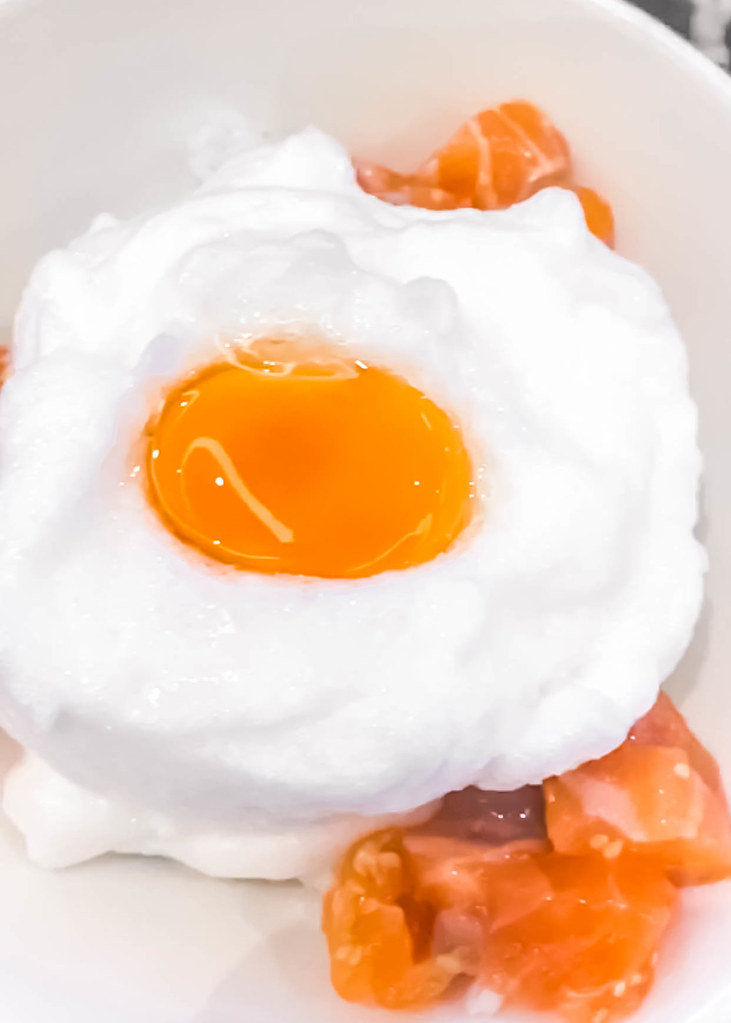 Tamago Kake Gohan is a popular nutritious Japanese breakfast food made up of cooked Japanese rice topped with a raw egg and soy sauce. The egg white is whipped into a fluffy cloud-like texture and I’m always enticed by the glorious golden orange yolk. Simply give the dish a good mix before savouring. You can request to add toppings like minced raw tuna, marinated salmon, teriyaki chicken and more. 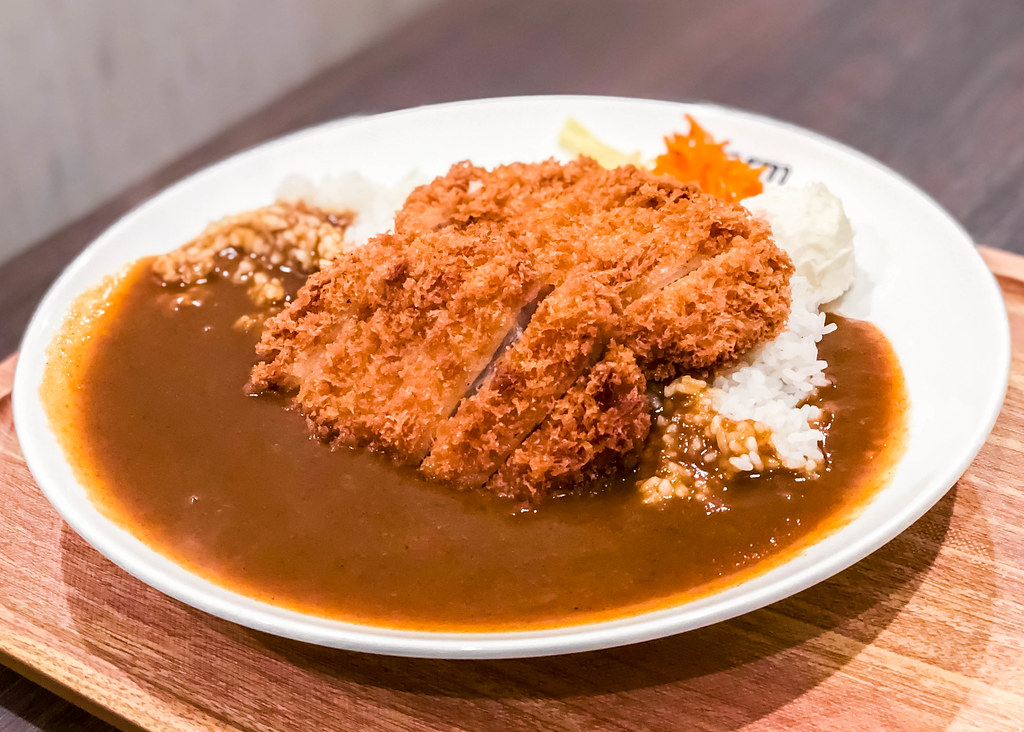 Curry was brought over to Japan by the British in the nineteenth century, when Meiji-era Japan welcomed foreigners and their goods. Overtime, the dish developed into curry rice – a rich stew of meat and vegetables (mainly carrots, onions and potatoes) ladled over aromatic white rice. As compared to the Indian curry that I usually eat in Singapore, Japanese curry is thicker in texture, contains less spices and ends with a hint of sweetness. 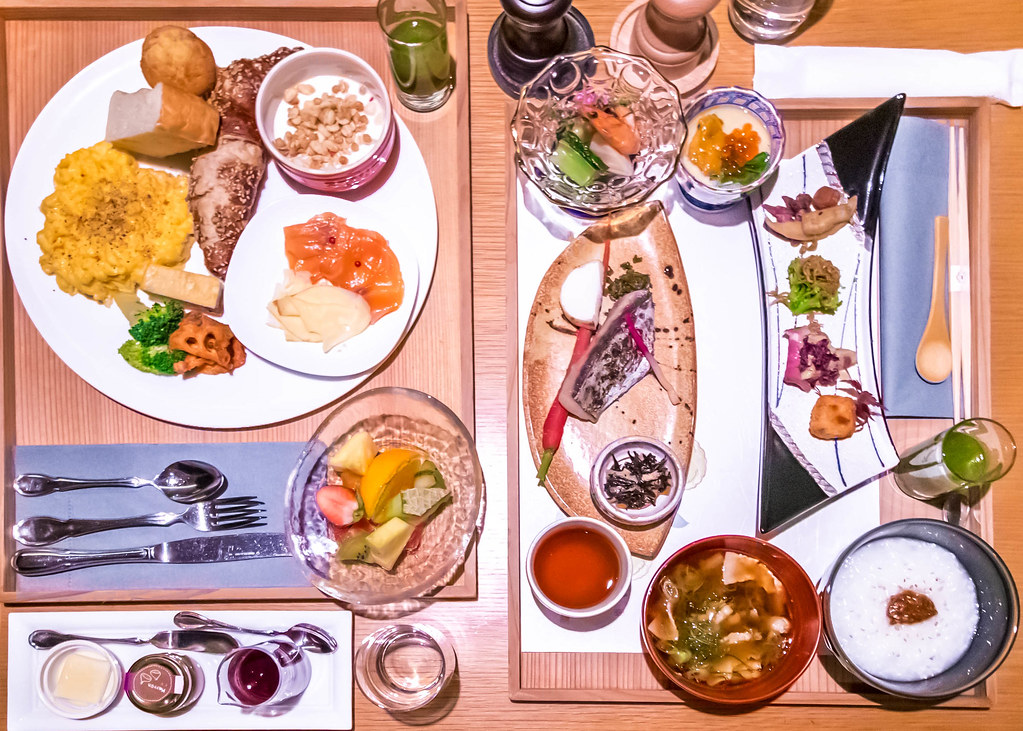 There are a few variations of rice porridge in Japan – ochazuke, okayu and zosui – and they can be easily prepared at home. People usually eat these rice porridge to replenish the body when they’re feeling under the weather or after consuming alcohol. Ochazuke, is made with cooked rice, topped with seaweeds, fresh or cooked fish, arare rice crackers, sesame seeds, or furikake, and covered with freshly brewed green tea or dashi. Okayu and zosui, on the other hand, are both dishes of rice cooked with plenty of liquid until becoming soft, thick and soupy.

Do you have other favourite Japanese rice dishes to share? Do comment below and let me know.

Although I’ve always been afraid of heights, I got a chance to challenge myself and confront my fear of heights at the Mega Adventure Park in Sentosa.